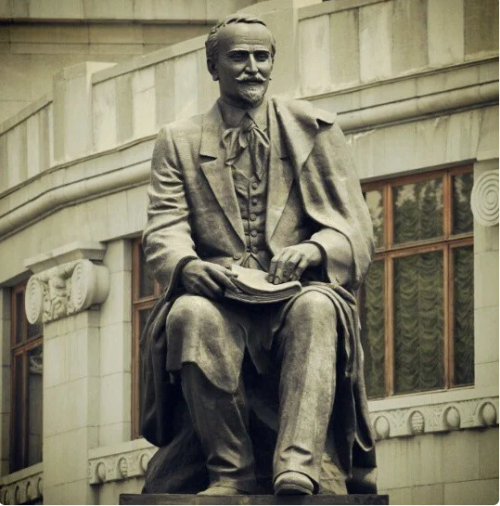 Monument to Ara Sargsyan in Yerevan

The story of Ara Sargsyan – a sculptor, the first rector of the Academy of Arts and avenger

It is almost impossible to visit Yerevan and not see the work of the sculptor Ara Sargsyan. In front of one of the most popular places in the city – the building of the Opera and Ballet Theater, there are monuments to two great Armenians – Hovhannes Tumanyan and Alexander Spendiaryan. Both monuments belong to the hand of the famous sculptor, now inappropriately forgotten Ara Sargsyan. Ara Sargsyan embodied his monumental work in Gyumri, over which Mother Armenia proudly towers – a symbol of victory.

Academician of the USSR Academy of Arts, People’s Artist, the first rector and founder of the Academy of Arts in Armenia and one of the founders of sculpture in Armenia, Ara Sargsyan, however, did not live all his life in Soviet Armenia. Few people know, but Ara Sargsyan also played a big role in Operation Nemesis, an action in retaliation for the Armenian Genocide in the Ottoman Empire. 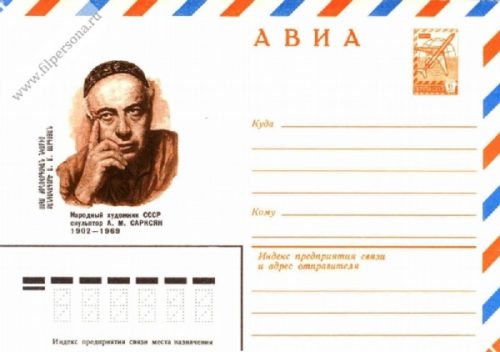 A postal envelope and a stamp depicting the sculptor Ara Sarkasyan

Ara Mihranovich Sarksyan was born on April 7, 1902 in Constantinople. In 1914, thanks to his talent, Ara entered an art seminary, where only Turks were allowed to study. In the same year, the First World War began and the Armenian Genocide that followed. At the age of 13, the future sculptor saw all the horrors that were happening to the Armenian people and they did not leave him indifferent. 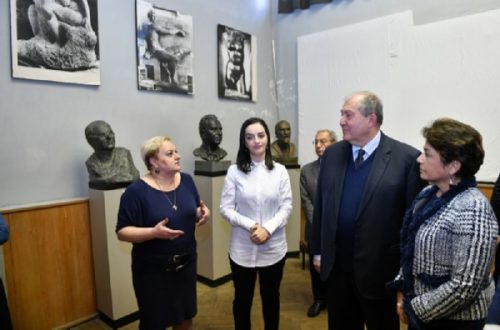 Anna Sargsyan (left) receives the presidential couple at the museum, Armen Sargsyan with his wife Nune

By the will of fate, Ara Sargsyan ends up in Europe, where in Vienna he enters the Academy of Arts. He combined love for art with love for his people. It was during this period, during his studies in Europe, that Ara Sargsyan was engaged in tracking down the executioners of the Turks, who were sentenced to death. Companions in “Nemesis” entrusted him with such an important task, since he was fluent in Turkish and had an amazing visual memory. Ara, on assignment, visits Berlin several times, where in 1921 the famous Soghomon Tehlirian will make the trial of Talaat Pasha.

In 1924, the young sculptor received Soviet citizenship and set off to build a new Armenia.

“Ara Sargsyan is one of the pillars of our contemporary fine arts,” the great Martiros Saryan writes about him. 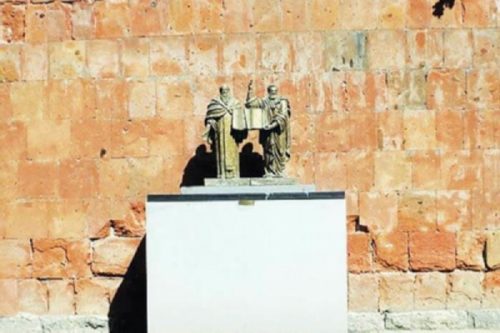 Author’s model of the Mesrop-Mashtots and Sahak Pargev skudbptura, which was installed in front of YSU after the death of the sculptor

Over the years, Ara Sarksyan’s pedagogical skills have received a new solution.

In 1948, under his leadership and active participation, the Art and Theater Institute was created in Yerevan, and he became its first rector. He remained in this position until 1959, and since 1954 he headed the department of sculpture, received the title of professor. In 1932-1937 he headed the Union of Artists of Armenia. During these years, Ara creates those monumental works that adorn the capital of Armenia and other cities today. 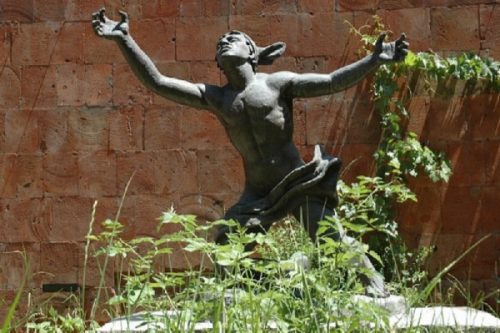 Kherosima in the courtyard of the House-Museum of Ara Sargsyan

Ara Sargsyan’s life will end too early, on June 13, 1969 in Yerevan. He will break his leg and never leave the hospital. There are versions that his death was not accidental, and the Soviet authorities learned about his cooperation with the Armenian avengers and ties with “Dashnaktsutsun”. With his creativity, life and work, Ara Sargsyan set the bar for subsequent generations, leaving his signature on the face of the city that became his hometown. 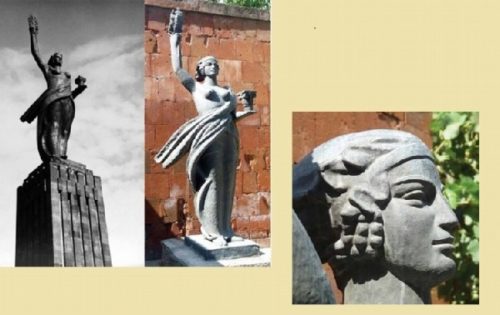 Mother Armenia Ara Sargsyan. On the right – the author’s version, on the left – a finished monument, cast according to sketches 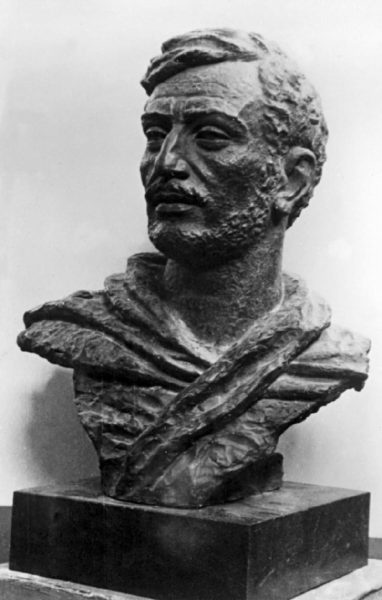