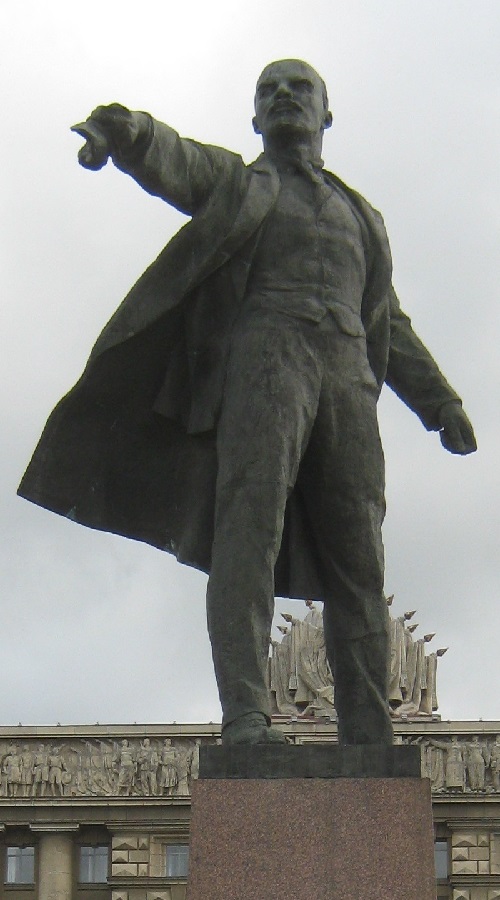 In 1958, Mikhail Anikushin became a Corresponding Member of the Academy of Arts of the USSR and four years later – Academician (1962). He was People’s Artist of the USSR (1963), and Hero of Socialist Labor (1977). Among his awards – the Lenin Prize (1958) and the RSFSR State Prize of Repin (1986). He was a member of the Communist party since 1944, and veteran of Great Patriotic War (1941-1945).
Born 19 September 1917 in Moscow, Anikushin grew up in a working class family. Meanwhile, the artist wrote: “I – the son of the Moscow parquet floor maker, a wonderful wizard Konstantin Anikushin. He made parquet floor for those who stay in the hotel “Moscow” in the capital. My elder brother – an engineer-surveyor Vladimir Anikushin participated in the discovery and creation of Karaganda industrial area. And I had to be on a par with them. All that I did, and what happiness I had – I am obliged to Great October. And what I haven’t done yet – I must do”. Anikushin studied at the Leningrad Institute of Painting, Sculpture and Architecture named after Ilya Repin from 1937 to 1947 with a break for the war years (1941-1945). 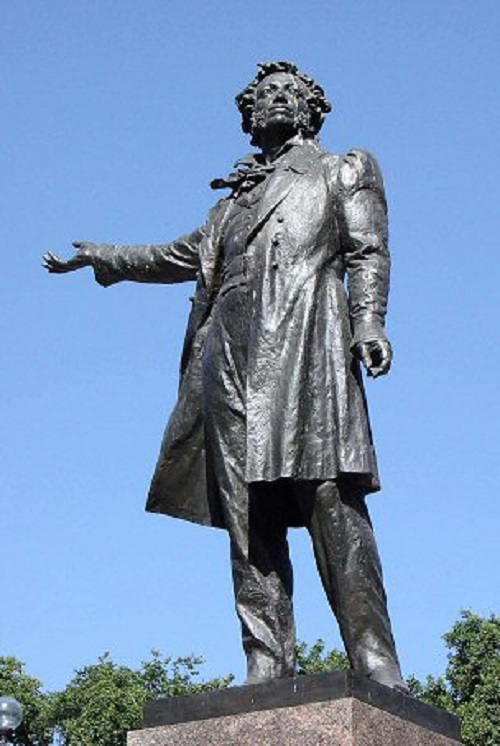 One of the most famous works of the sculptor is a monument to Russian poet Alexander Pushkin, opened in 1957 in the center of the park (sculptor Anikushin, architect VA Petrov). The sculpture – 4.1 m, with the pedestal 4.5 m. The monument made of bronze, tetrahedral pedestal of red polished granite, and the base – wrought granite. The sculptor portrayed Pushkin in a relaxed pose, as if the inspired poet reads his poems.

Maria Litovchenko (1917-2003), the wife of Mikhail Anikushin, was also a sculptor, Corresponding Member of the Russian Academy of Arts, and People’s Artist of the Russian Federation.

The memory of artist never fades. Thus, October 2, 2007 on the house where Anikushin lived (Sand Embankment, 16) appeared a memorial plaque. Also, there is Anikushin square, in honor of the sculptor (Kamennoostrovsky Avenue). In addition, there is Anikushinskaya alley, just in the park where his sculpture “Friendship” (“Dancing Girls”) stands. The alley runs from this square to Vyazemsky Lane, where he worked. Besides, one of the art schools in the city of Kronstadt bears the name of the sculptor. There is even Anikushin planet – a minor planet number 3358 discovered by Soviet astronomer Nikolai Stepanovich Chernykh in 1978.

From the autobiography of the sculptor: “I was born at the beginning of October 1917. Not Yet the Aurora volleys thundered, and not yet Winter and Smolny palaces became symbols. But in Russia reigned a revolutionary heat of passion, such depth of revolutionary consciousness, not previously known in the human world… There is a special meaning in the rank “the same age with October”. I did not choose it, but felt the high responsibility in front of people”.

Model for monument to Pushkin in Leningrad. 1956

Statue of Pushkin for Moscow State University of Mikhail Lomonosov. 1951-1952

Pushkin monument at the Pushkinskaya metro station in Leningrad. 1955

The central part of the monument to the victory in Leningrad. 1975. Bronze, granite

Model for the sculptural group of monument to victory in Leningrad

Composition The blockade of the monument of victory in Leningrad

I. Levitan. Portrait of a draft of the monument to Chekhov and I. Levitan for Moscow. Plaster tinted. 1961

Freese ‘Victory’ on the facade of the Grand Concert Hall Oktyabrsky in Leningrad. Fragments. Bronze. 1967

The facade of the Grand Concert Hall Oktyabrsky in Leningrad. Fragments. Bronze. 1967

AP Chekhov. Model for the monument of Moscow. 1973

Twice Hero of Socialist Labor, the constructor AS Yakovlev. Bronze. 1976-1978

Statue of Pushkin in the lobby of the metro station Pushkinskaya

The sculptor with the giant head of Pushkin

Working on the monument

Bronze sculpture of the flying goddess of victory, Nicky. Fragment of the gravestone of the sculptor M.K. Anikushin