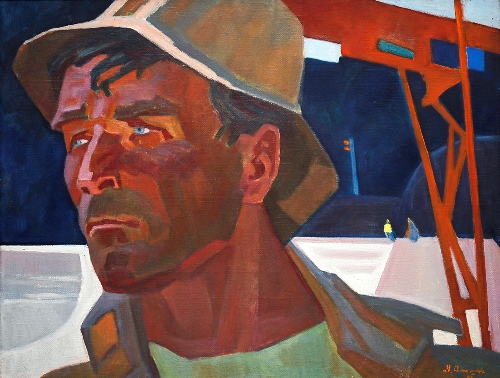 Soviet artist Mikhail Anikeyev (14 March 1925 – 10 November 2011) – Member of USSR Union of Artists (1952) and Honored Artist of RSFSR (1965). Noteworthy, the “World art encyclopedia of all time” (Leipzig, 1988) included the name of M. Anikeyev. Besides, he has academic degree of “Master of Contemporary Art” of Association of Peoples of the World. Veteran of World War II, he was a Commander of the Order of the Patriotic War I level.
Meanwhile, at the end of 1950-1960-ies he made a number of creative trips to Kazakhstan, the result of which has become a famous series “Virgin Lands”. A number of these paintings was published in a book of the same name. And the author of the book was Soviet leader Leonid Brezhnev. According to Brezhnev, works of MK Anikeyev most vividly reflected the era of development of virgin lands in the USSR. All-Union fame to the artist brought the works “In the name of the Revolution”, “For the power of the people”, “Komsomol in 1941”, “Morning in the virgin lands”, and “The busy harvest time.” 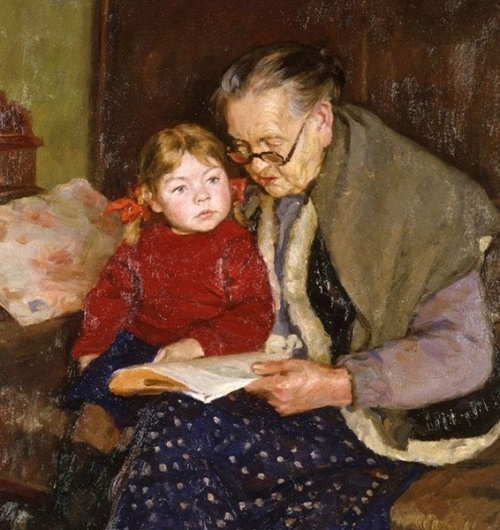 Born March 14, 1925 in the village of Nizovaya, Tambov region, Anikeyev spent his childhood in the city of Balashikha of Moscow region. After graduating from high school in 1942 he was drafted into the Red Army. In 1944 he graduated from the Ryazan officer mortar, machine-gun school, as deputy commander of the mortar company as part of the 2nd Ukrainian Front took part in the liberation of Romania, Hungary, and Czechoslovakia. In 1943-1945 fought on the 2 Ukrainian Front in the post of deputy commander of the mortar company.

The creative legacy of Mikhail Korneyevich – more than 10 000 works of art: painting, drawing, watercolor, and monumental works. More than 700 works are in galleries, museums and private collections in Russia and abroad, including the State Tretyakov Gallery. 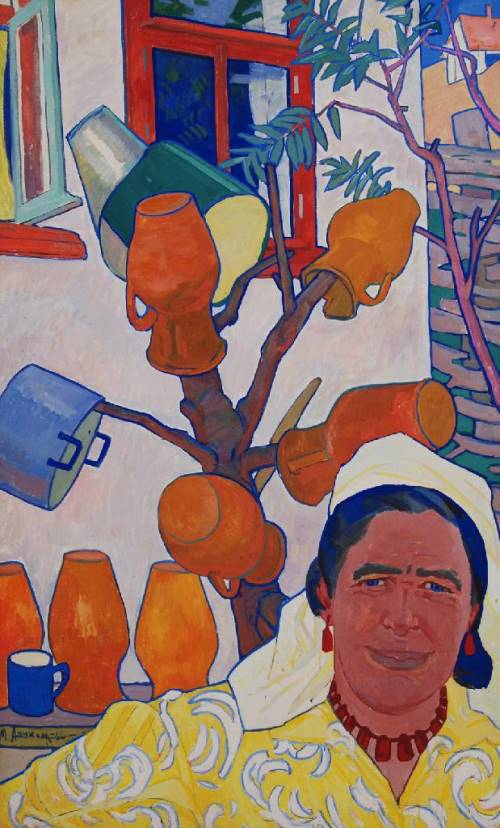 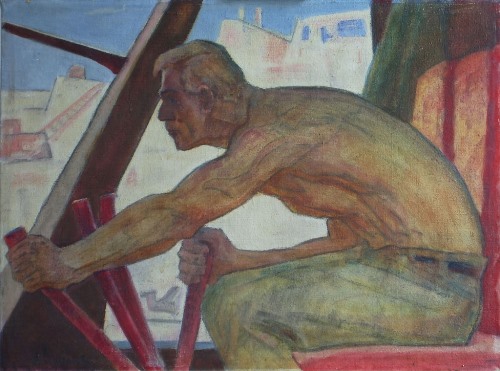 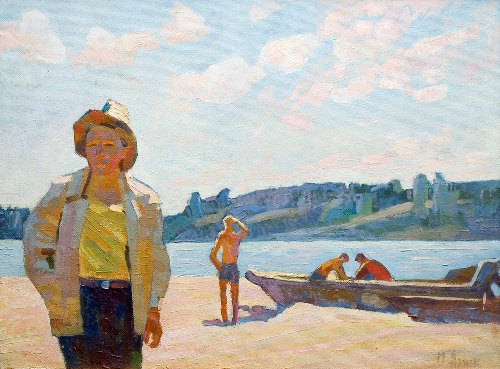 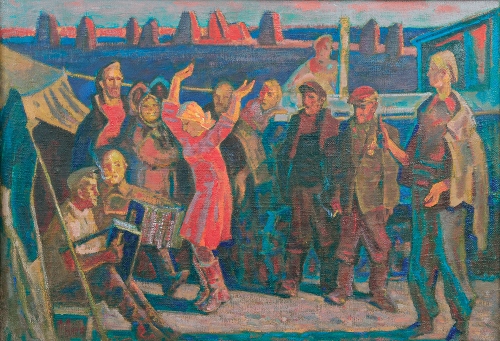 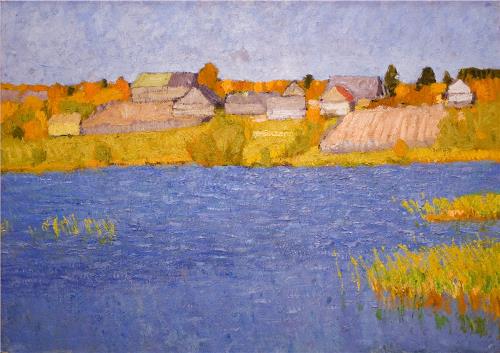 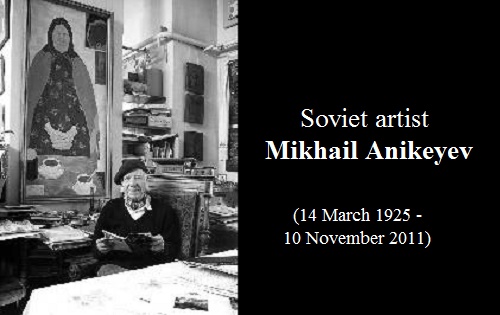 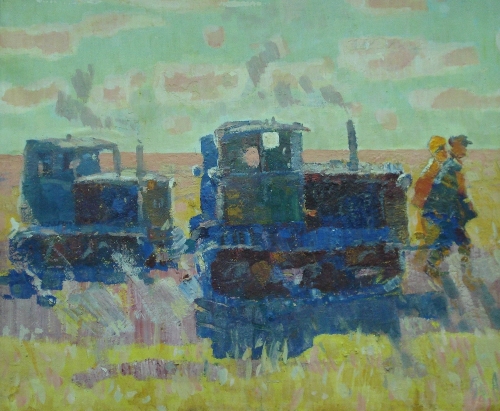 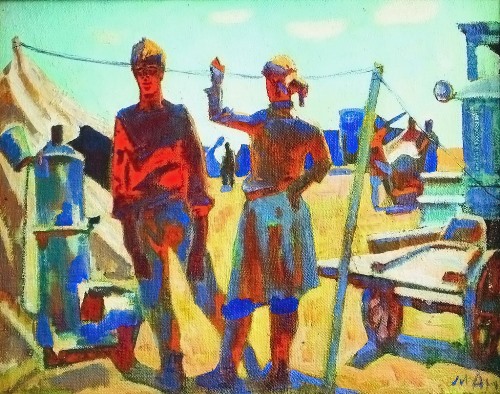 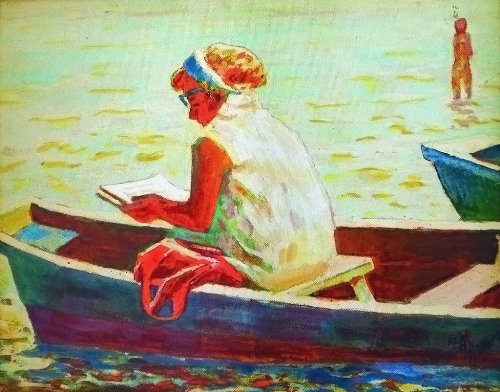 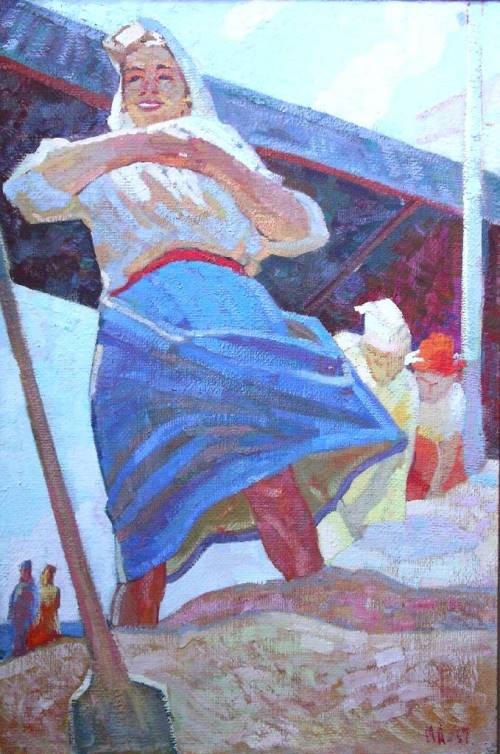 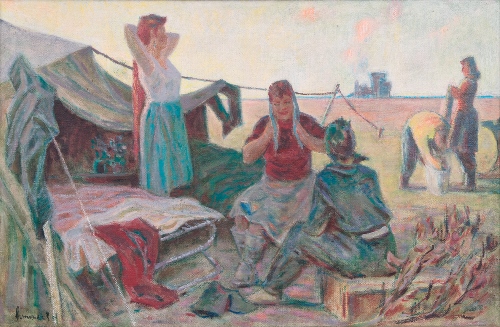 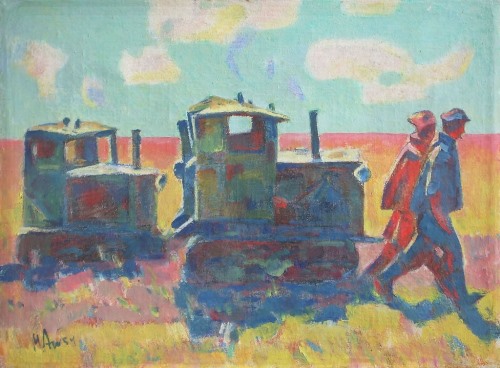 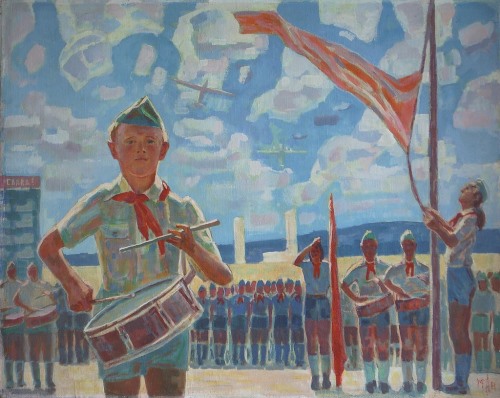 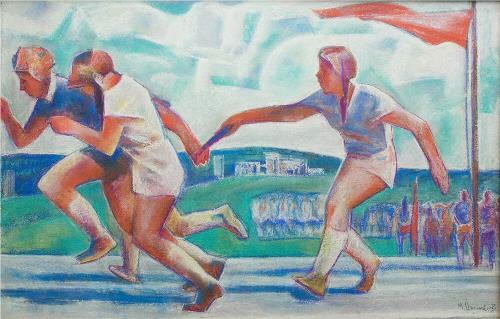 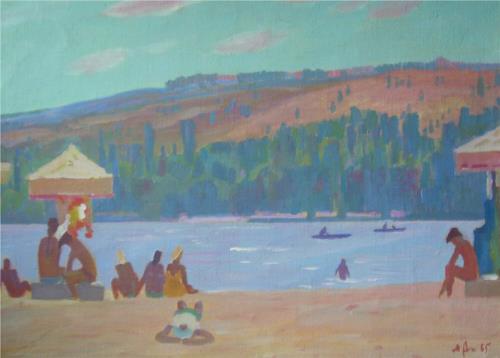 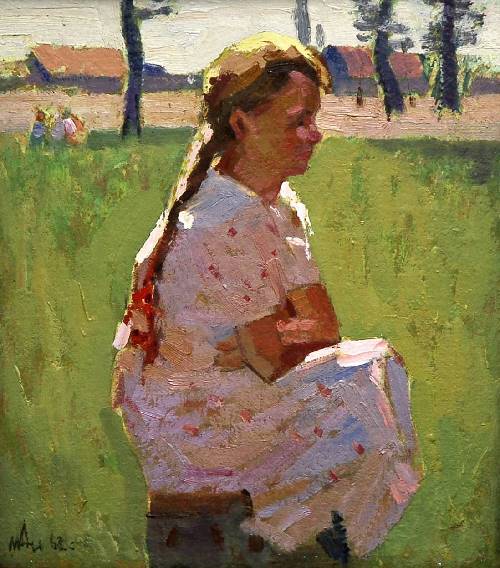 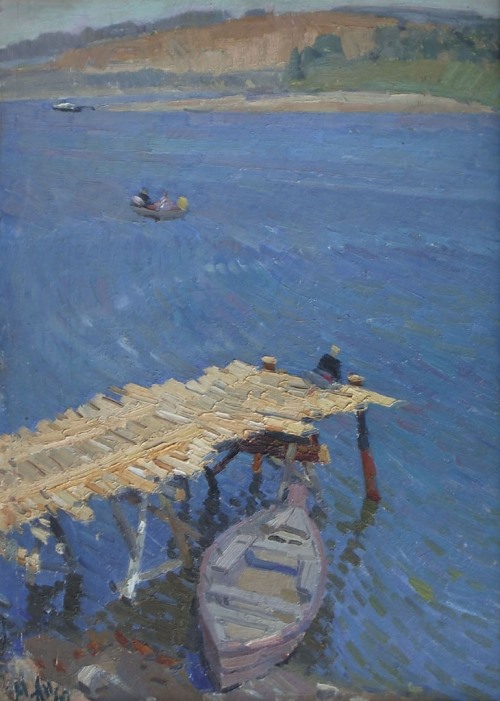 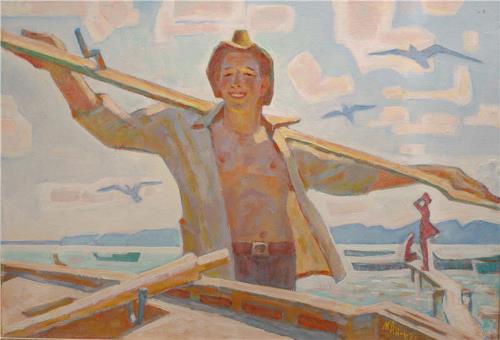 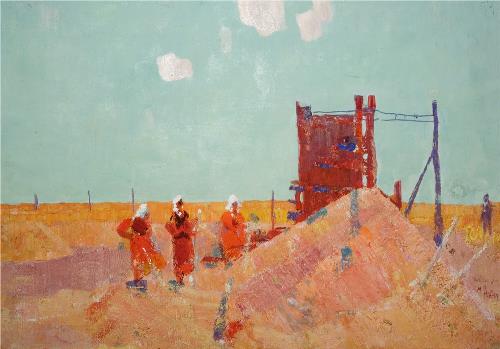 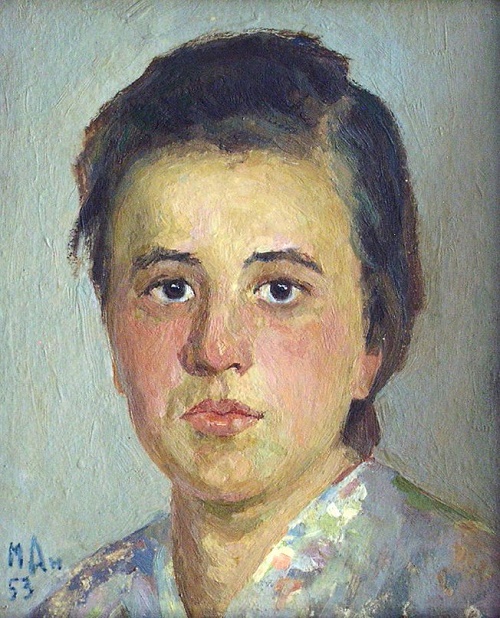 1953 portrait of a young woman 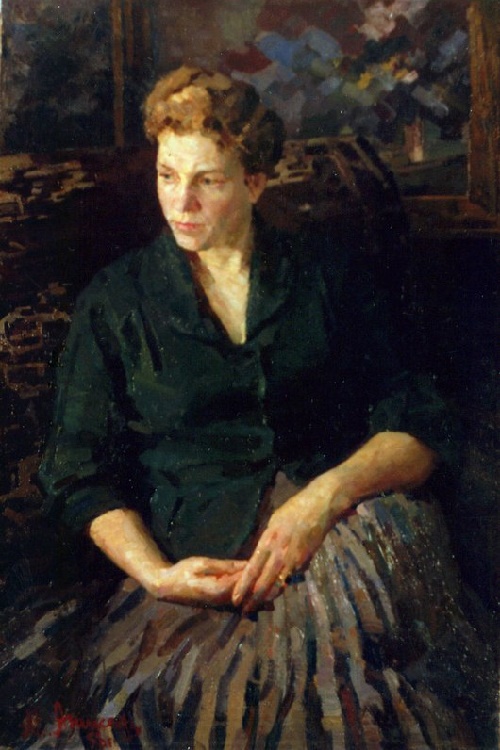 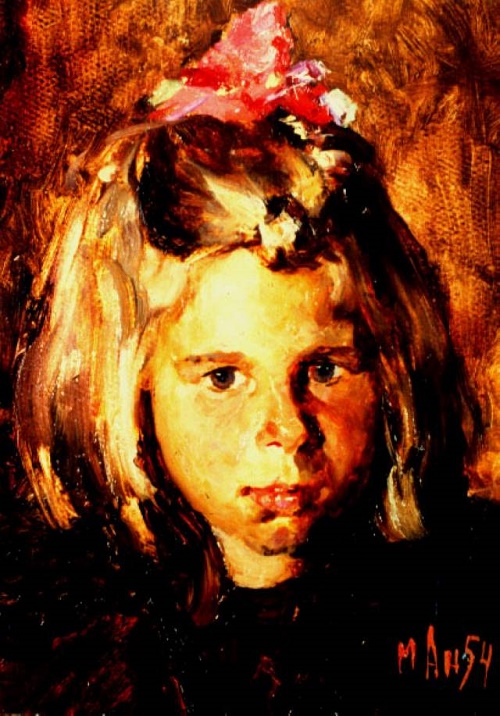 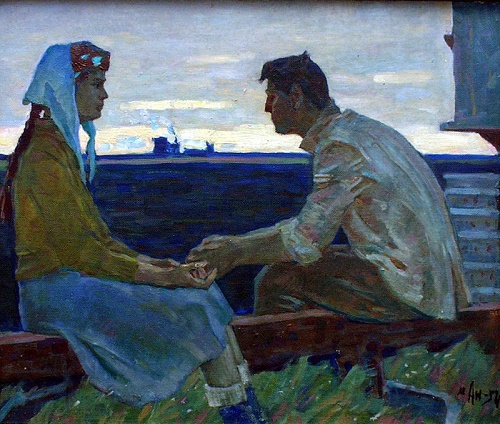 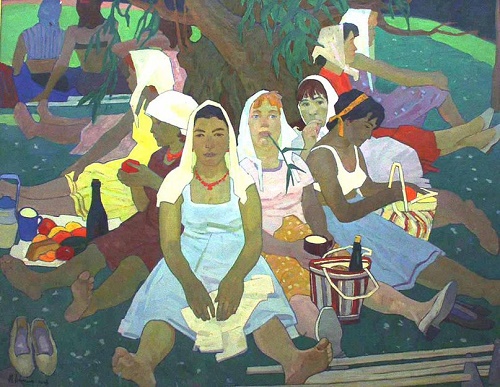 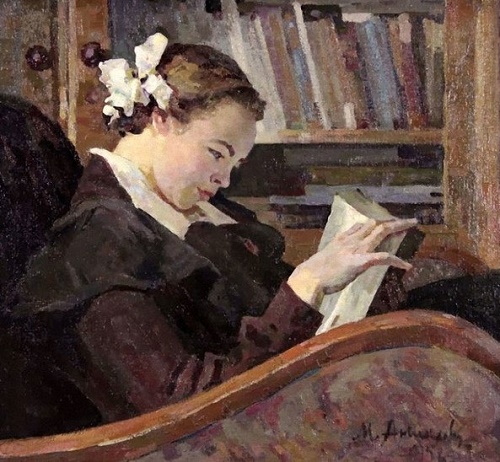 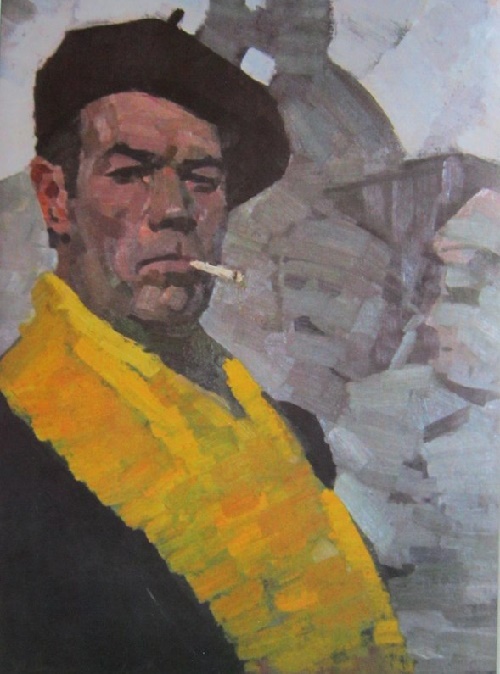 Self-portrait in a yellow scarf 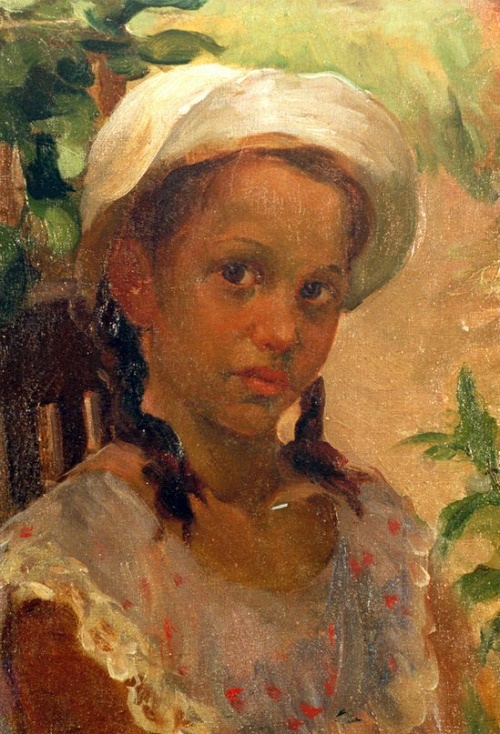 A girl in a white panama