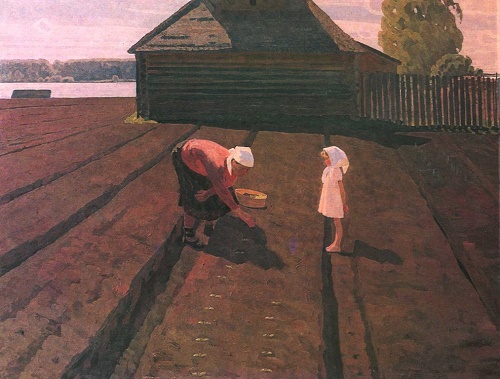 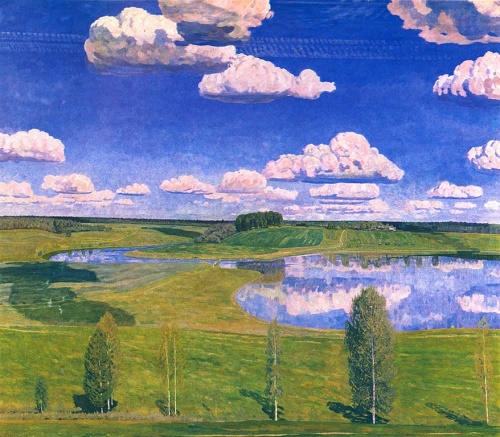 Valentin Mikhailovich Sidorov was born May 5, 1928 in the village of Sorokopenie of Tver region, the USSR. His great-grandfather and great-grandmother were serfs of Vice-President of the Academy of Fine Arts Prince G.G. Gagarin. The great-grandmother was a nurse of prince’s children. 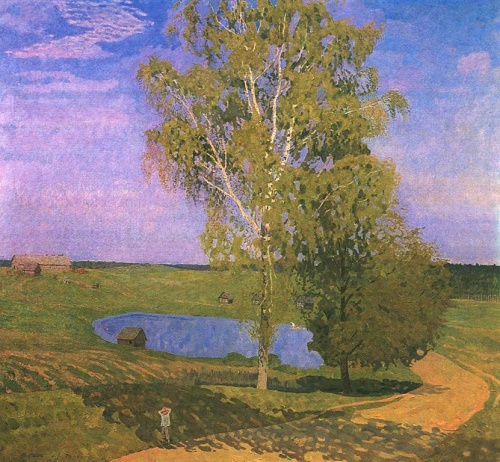 In 1936 the family moved to Moscow. Valentin studied at the Moscow school, and in summer went to the village. He began drawing in early childhood. After World War II he entered the club of Fine Arts in Moscow House of Pioneers, headed by A. Mikhailov. He recommended Sidorov to enter the Moscow Art School, where his teacher was the MV Dobroserdov. 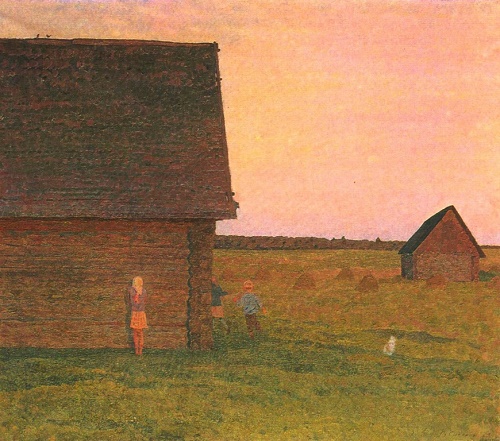 In 1948 he entered the Institute of Painting, Sculpture and Architecture named after Ilya Repin in Leningrad, where his teachers were P. Belousov, R. Franz and I. Stepashkin. He completed his higher art education in Moscow State Art Institute of Surikov under the guidance of professors FP Reshetnikov and VG Tsyplakov. All-Union fame to the artist brought his landmark work of art “My quiet homeland” and “On the warm earth.” 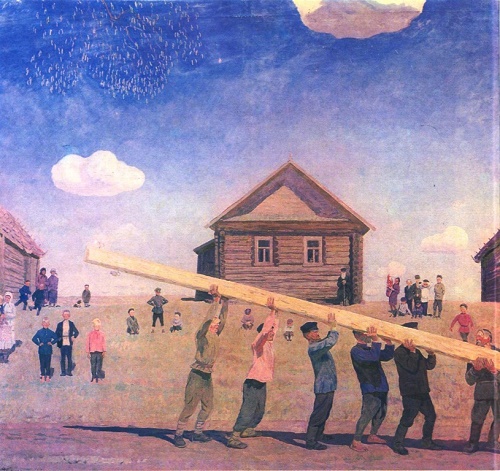 Talent of Valentin Sidorov is multifaceted. As chairman of the Union of Artists of Russia, he was working hard to preserve and revive the Russian realist school of painting. In 1984, he had written the book “The Edge of inspiration” about the Tver earth where Academic Dacha of Ilya Repin is located. In 2001, after the release of the autobiographical novel “Burn burn brightly” Valentin Sidorov was admitted to the Writers’ Union of Russia. 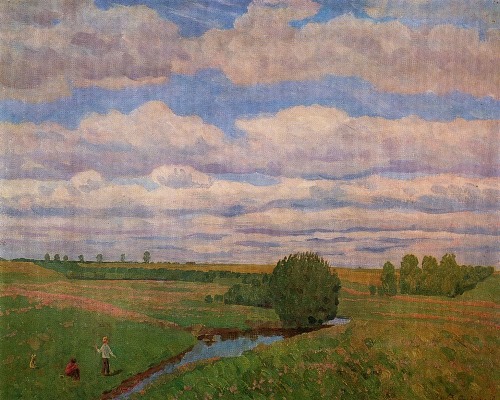 V.M. Sidorov (Moscow). Where does the river Dubrovka come from. 1981. Oil on canvas

Sidorov has made a unique historical discovery. After 20 years of hard work he has found the burial place of the outstanding Russian painter G. Soroka and the circumstances of his death. 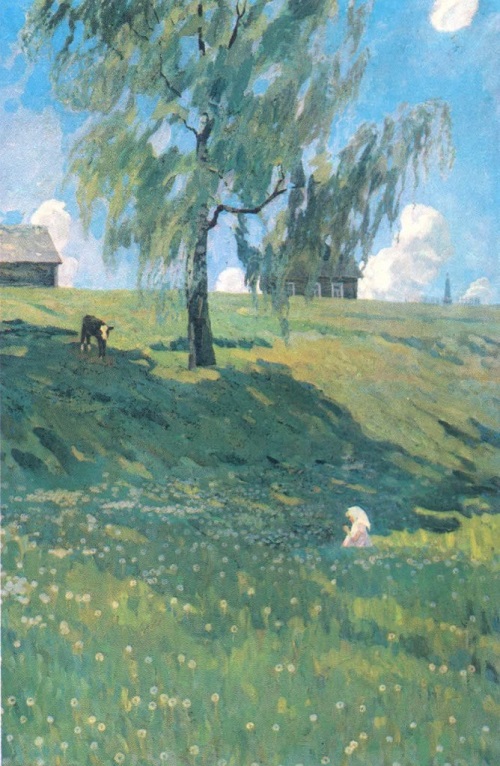 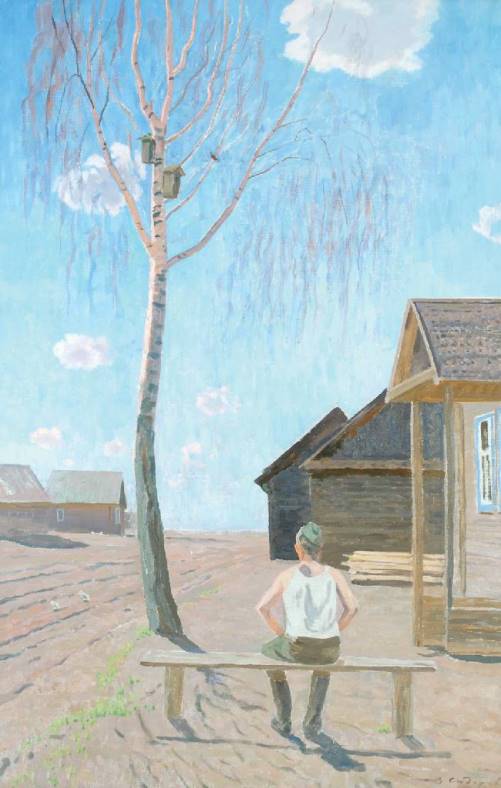 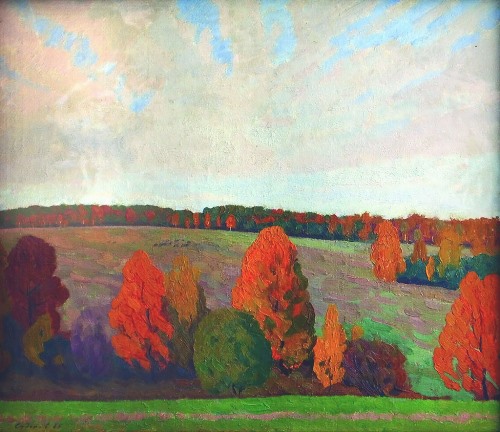 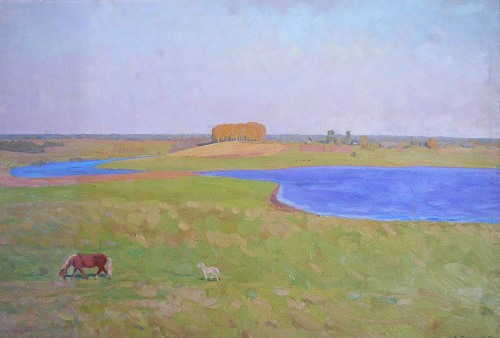 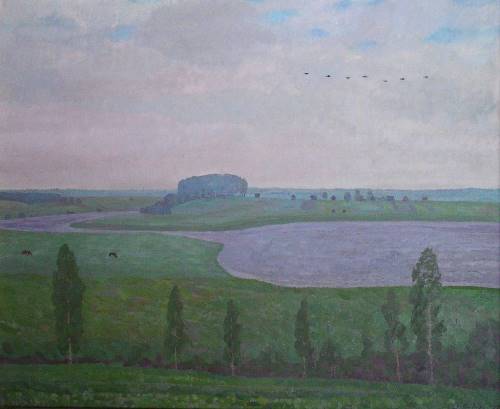 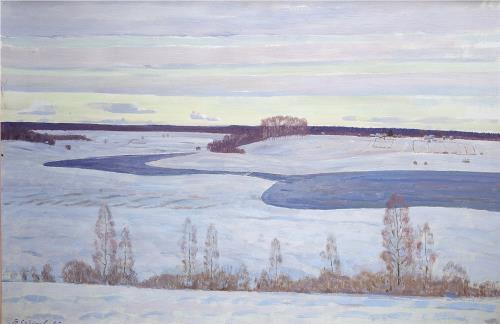 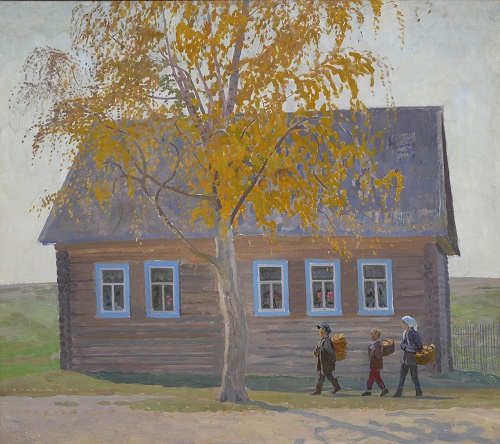 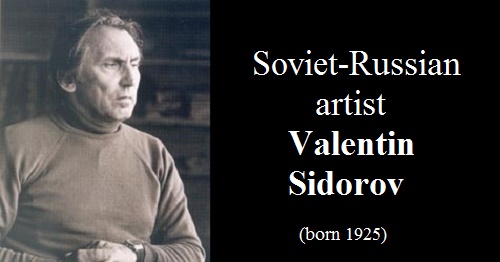