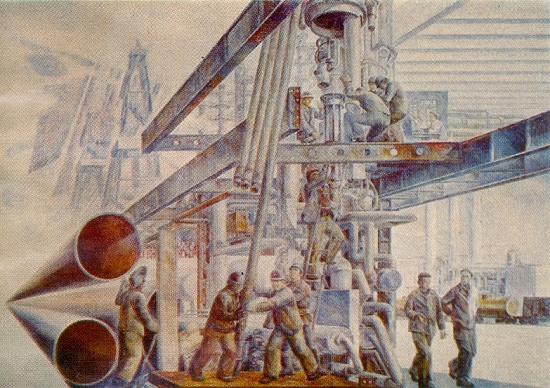 Soviet artist Mikhail Ombysh-Kuznetsov
The rapid growth of the role of Siberia in the social, economic, and cultural life of the country is one of the characteristic features of the Soviet reality of the 1970s. Creativity of the Siberian artists, who enriched the fine arts with many bright, original works, is an integral part of this process.
Among the young Siberian masters, who drew attention to the artistic public of the country, a prominent place belongs to the artist from Novosibirsk Mikhail Ombysh-Kuznetsov. His paintings, imbued with the spirit of constructive logic and a penchant for strong-willed restraint, masculine clarity of imaginative decisions, are also full of great emotionality. This inner spirituality, born from direct contact with reality, permeated with a living sense of Siberian everyday life, gives the artist’s works a special “imaginative space”.
Mikhail Sergeyevich Ombysh-Kuznetsov was born on November 21, 1947 in the city of Barabinsk, Novosibirsk Region. In 1965-1970 he studied at the architectural faculty of the Novosibirsk Engineering and Construction Institute named after V.V. Kuibyshev, and in 1970-1975 he taught at the department of drawing in the same institute. Member of the USSR Union of Artists since 1975. Laureate of several diplomas and prizes of the Central Committee of the Komsomol, the Union of Artists of the USSR, and the Ministry of Culture of the USSR. 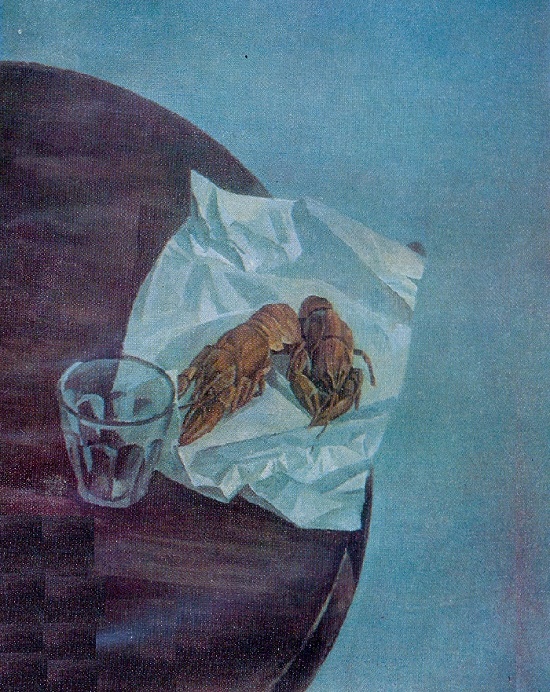 For the formation of the creative manner of Ombysh-Kuznetsov, it was very important not only to experience the “severe style”, but also, probably, specific features of the artistic education of the young painter. Initially studied art as an architect, in the second half of the 1960s he worked extensively in applied graphics, creating advertising brochures of various industrial products. 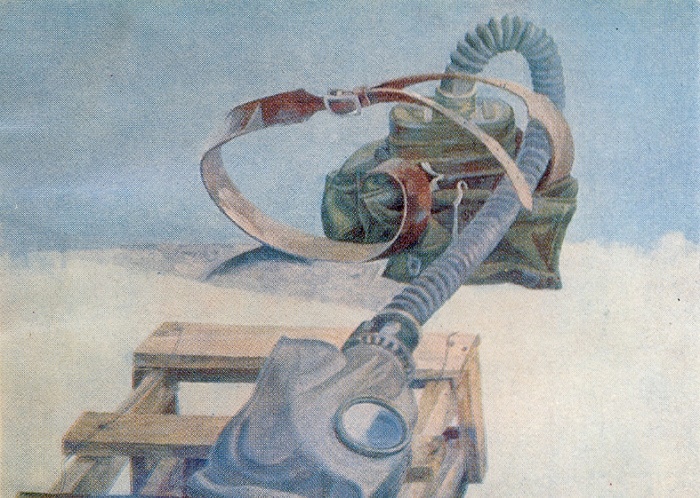 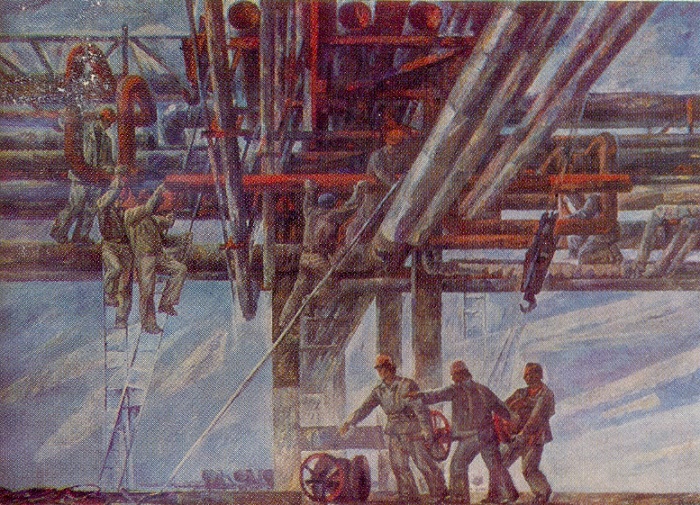 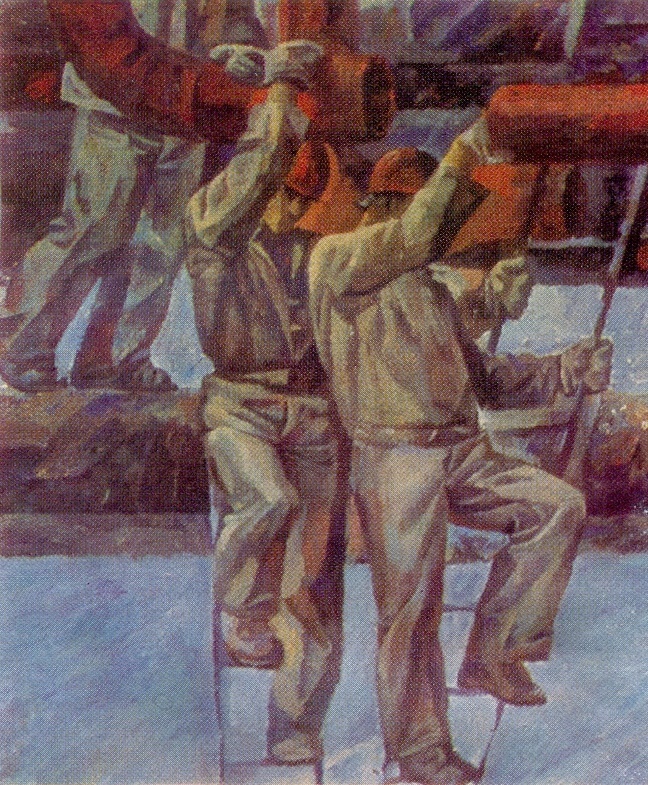 Arteries of the Petrochemical Plant. 1975. Fragment 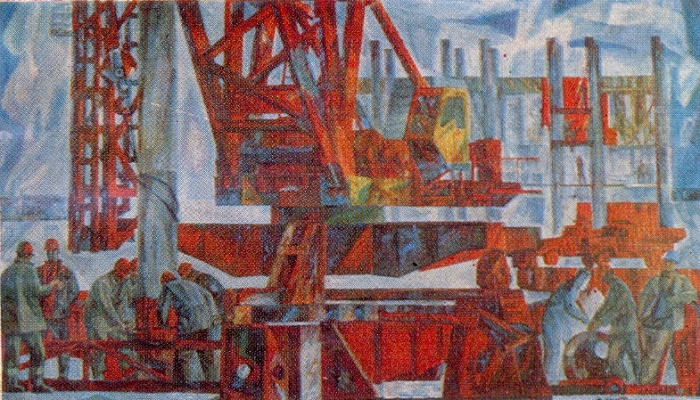 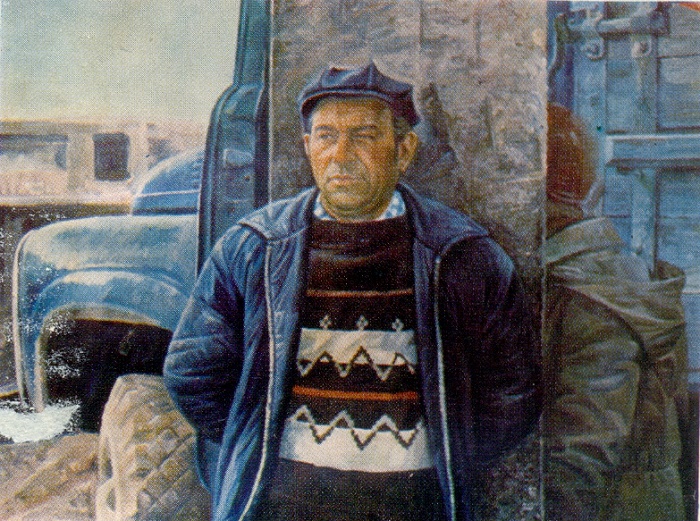 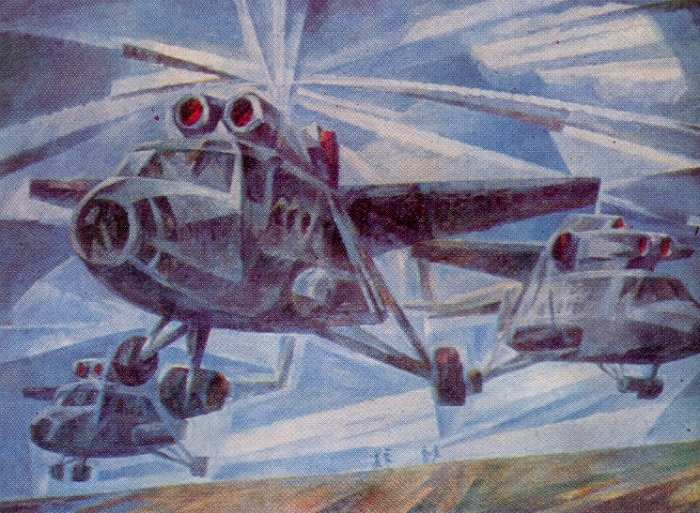 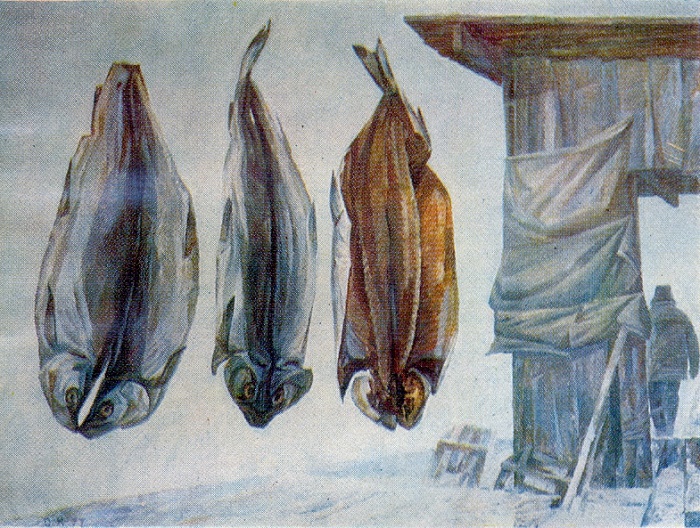 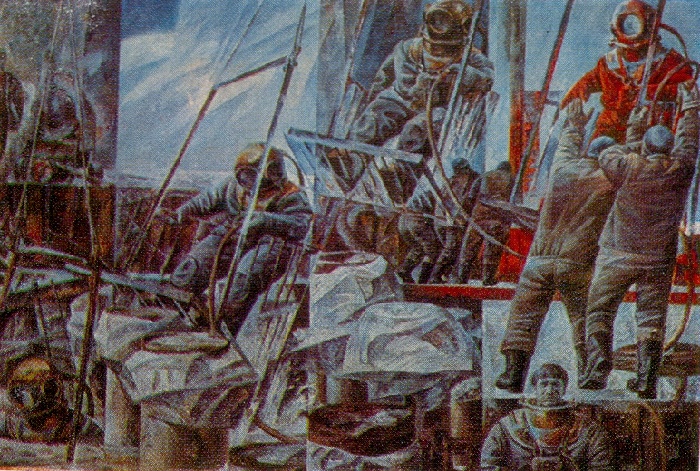 Lifting the diver to the surface. 1977. Canvas, tempera 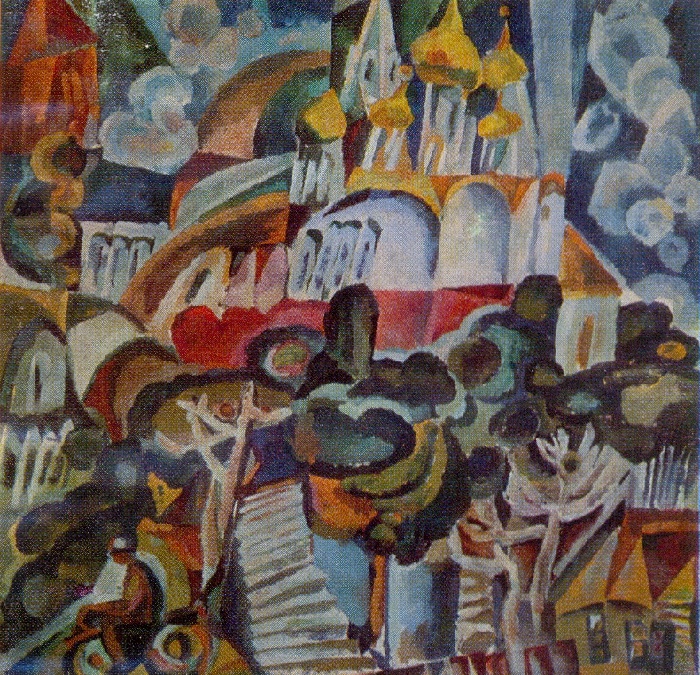 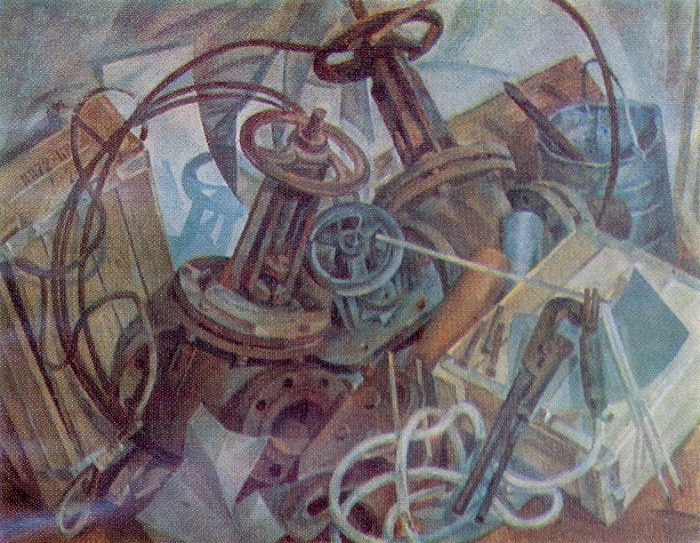 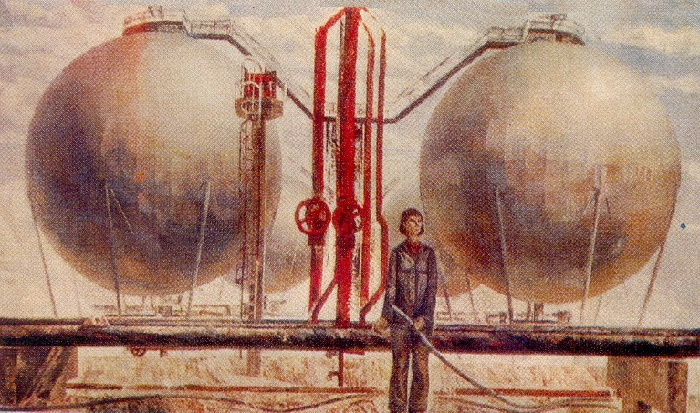 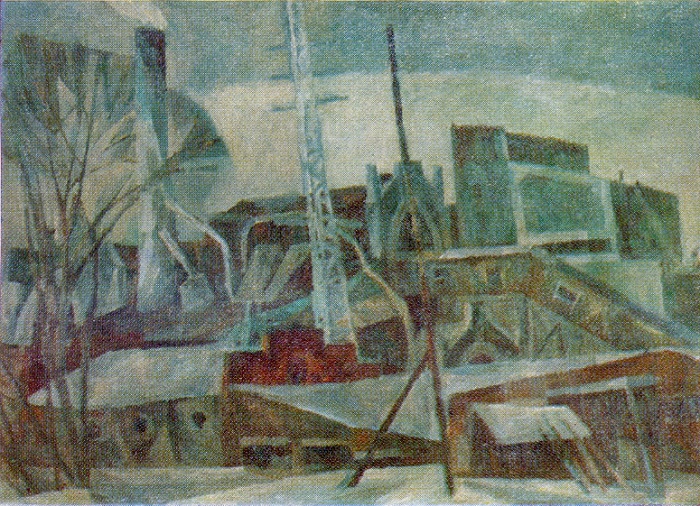 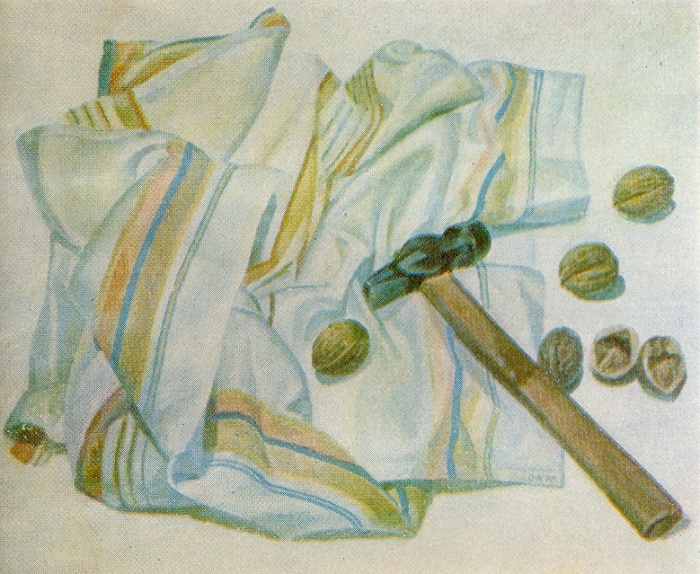 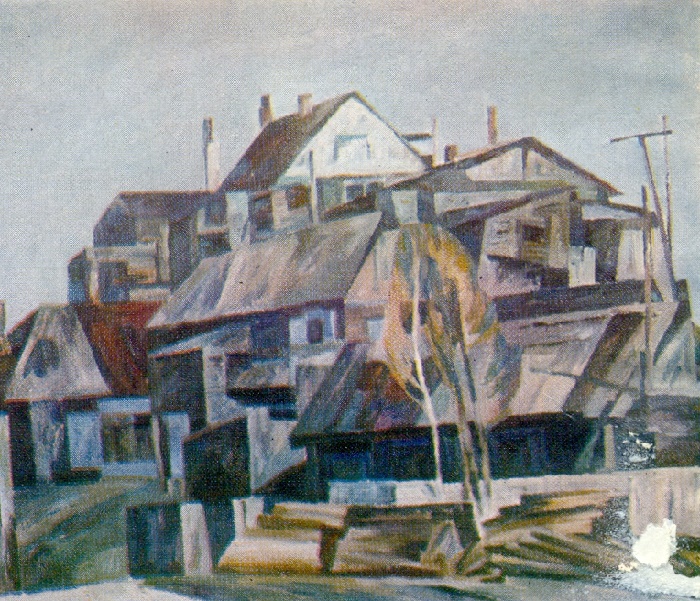 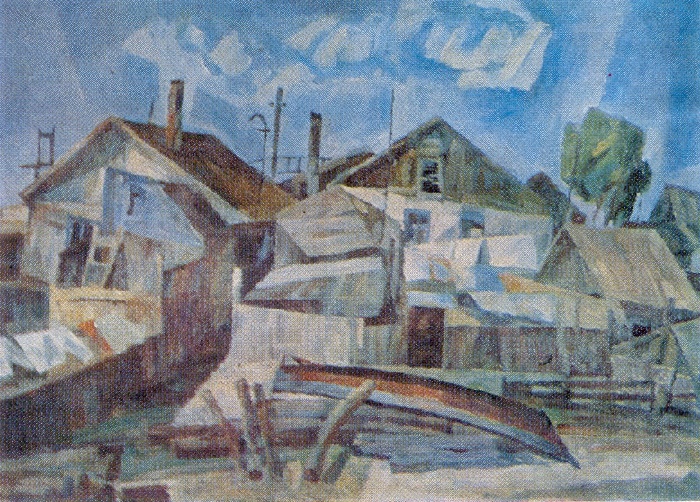 On the shore. 1974. Cardboard, tempera, lacquer 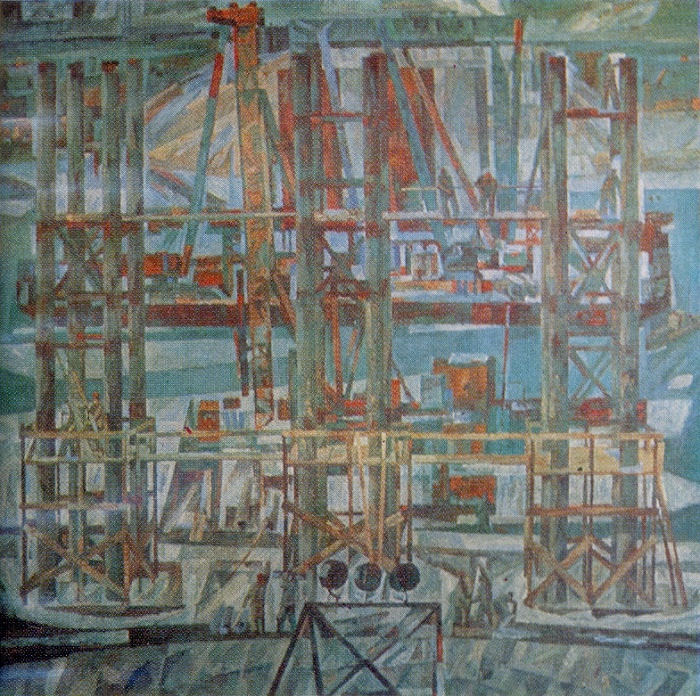 Panorama of the construction of the Novosibirsk bridge. 1975. canvas, tempera 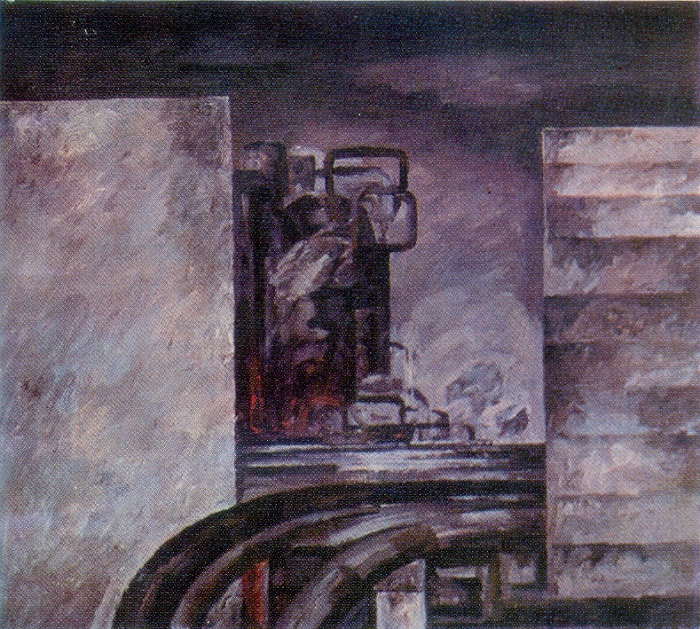 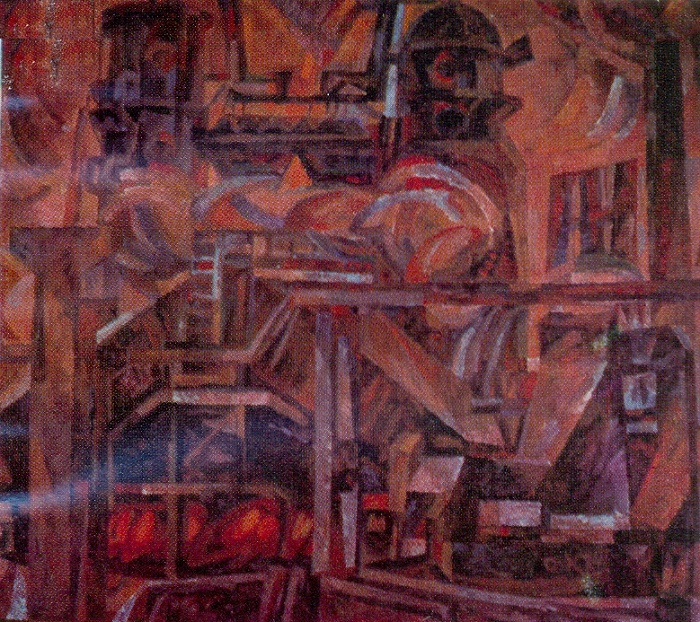 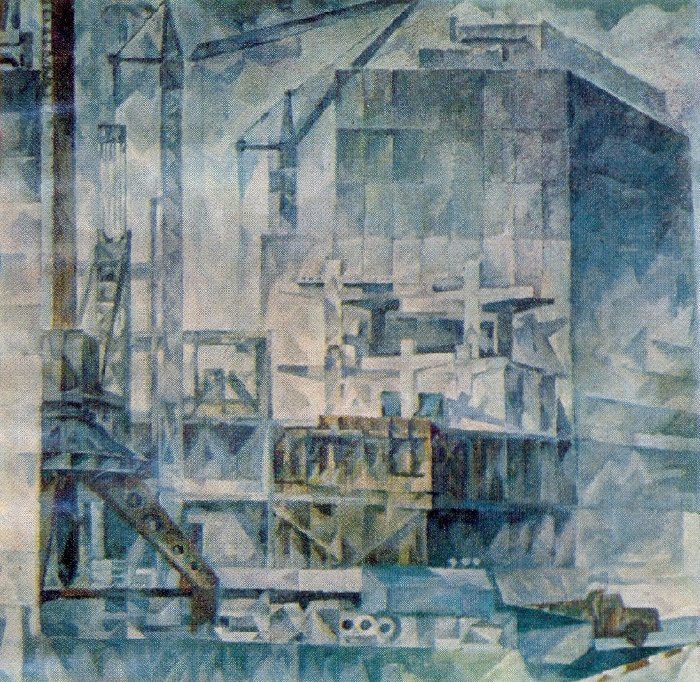 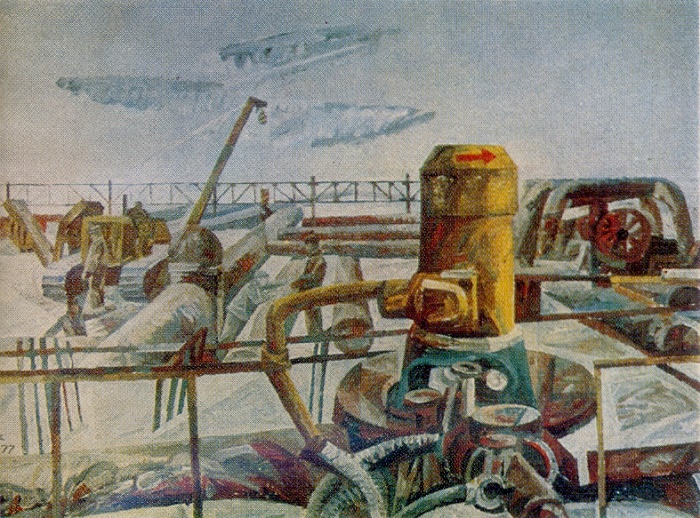 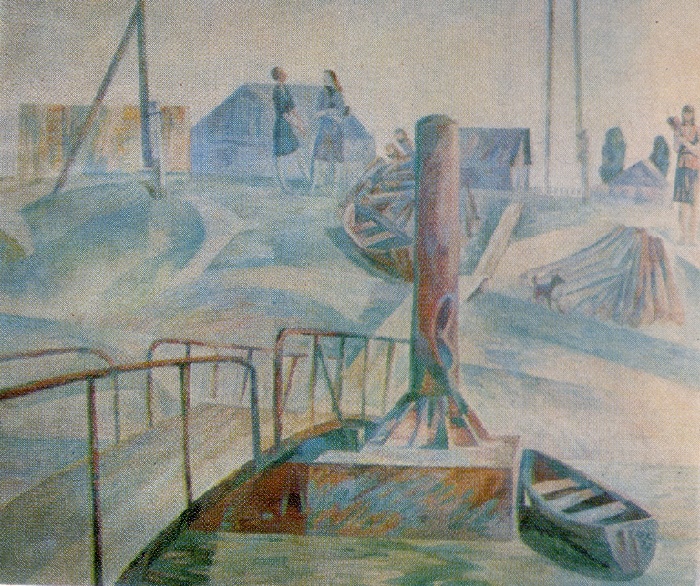 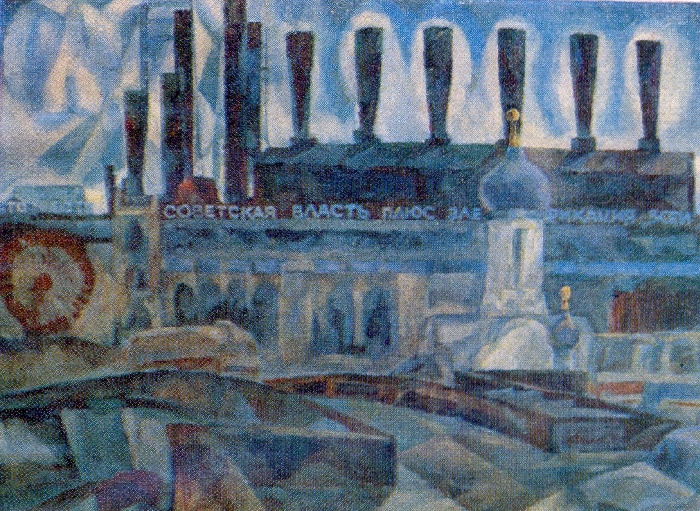 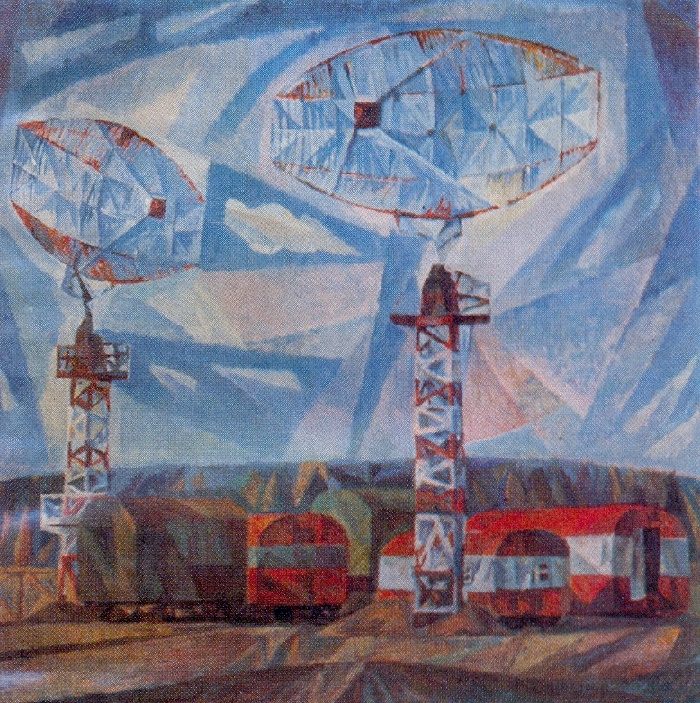