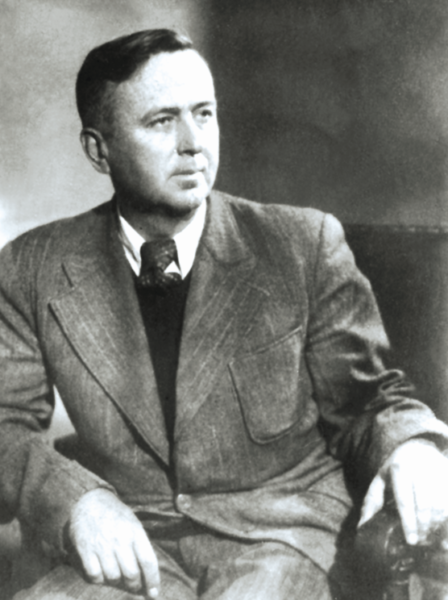 People’s Artist of the USSR Nikolai Petrovich Glushchenko is a legendary person. He spent most of his life in Berlin and Paris, was friends with famous artists Fernand Leger, Andre Matisse, Pablo Picasso And no one even knew that he, a post-impressionist artist, was also a counterintelligence agent.

Today, Nikolai Petrovich Glushchenko ‘s paintings adorn more than 8 world-famous museums, it is fashionable to collect his works among the Ukrainian establishment, and an active struggle is going on for his legacy. 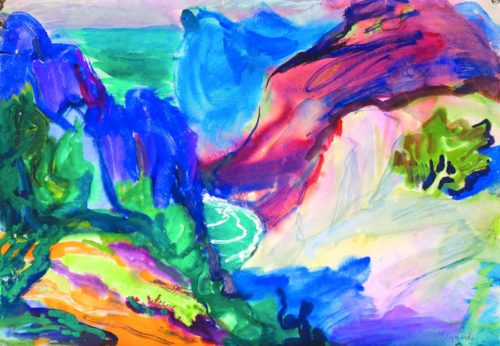 Nikolai Glushchenko was born on September 17, 1901 in Novomoskovsk, Yekaterinoslavskaya province (now Dnipropetrovsk region). Even while studying at the Yuzovka Commercial School (Donetsk), he showed extraordinary ability to draw. And an inquiring mind and a special view of the world favorably distinguished him among his peers. Service in Denikin’s Volunteer Army brought him to Poland, where he ended up in an internment camp, and from there fled to Germany.

However, not only fellow countrymen appreciated the talent of the young artist. It was rumored that Glushchenko taught to draw Hitler himself. They met in the private studio of Professor Kampf, where Glushchenko sometimes replaced his teacher, and Hitler appeared as an amateur artist. True, no one found documentary confirmation of this fact. 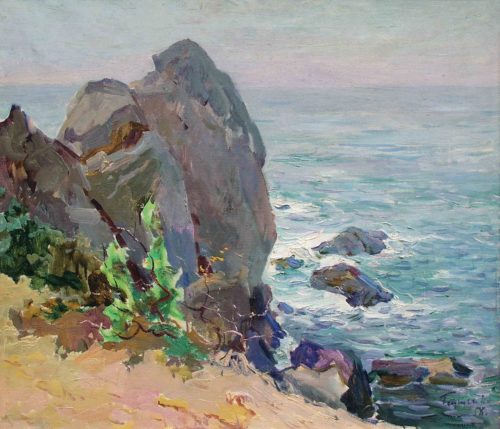 But it is reliably known that at the Berlin exhibition in 1940, Minister of Foreign Affairs Ribbentrop personally conveyed to Glushchenko that Hitler highly appreciates his talent, considers him one of the best landscape painters in Europe and even presented the artist with a gift an album of Hitler’s watercolor drawings and a certificate of honor (this album by Glushchenko kept it all his life, and after his death, according to eyewitnesses, his wife allegedly gave it to the Ministry of Culture of Ukraine for review; only a copy of one of Hitler’s watercolors has survived to this day). 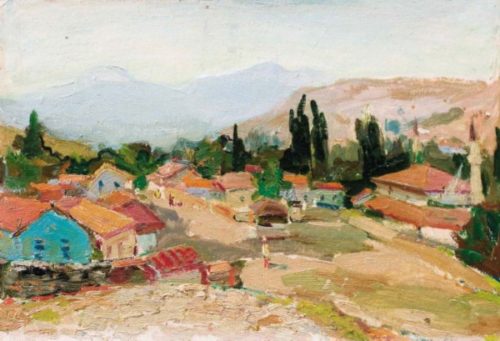 Only at that time in Germany did the young talent no longer have enough fresh air of freedom.

Nikolai moved to Paris, where he earned good money by drawing, opened an art studio, where he organized exhibitions of his paintings. By the way, the atelier soon involuntarily turned into a meeting place for intellectuals, officials and white émigré officers, a kind of hobby club, where the elite discussed the latest innovations in art and politics over a cup of coffee. Even the Austro-Hungarian Archduke Wilhelm von Habsburg, the nephew of the ex-Emperor of Austria Franz Joseph, was a frequent visitor to the atelier. And no one in Paris even suspected that valuable reports were coming from there to Moscow from a secret agent operating under the pseudonym Yarem. By the way, even in the Soviet Intelligence Center, few people knew that Yarema was none other than Nikolai Glushchenko. 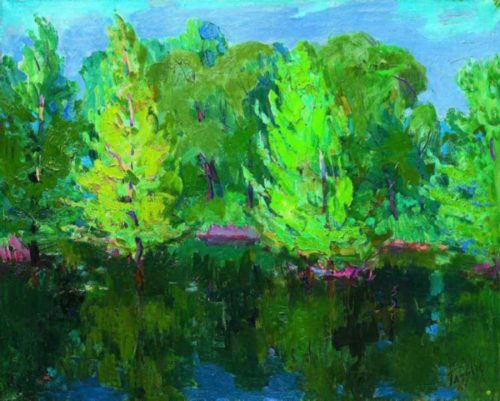 In addition, Nikolay Petrovich Glushchenko ‘s artistic talent opened all doors for him

Nikolay Petrovich Glushchenko made portrait sketches during the trial of the murderer of Simon Petliura, Samuel Schwarzbad (for some reason, the Center needed images of Schwarzbad and his lawyer Torres), on the instructions of the Center he painted portraits of the French intelligentsia R. Rolland M. Kashen, A. Barbusse and others. And Glushchenko’s popularity grew every day: his paintings have already been exhibited next to the canvases of Van Gogh, Matisse, Picasso. Personal acquaintance with Louis Aragon, Mayakovsky and Bunin only added weight to the Ukrainian artist among the elite of Montmartre. 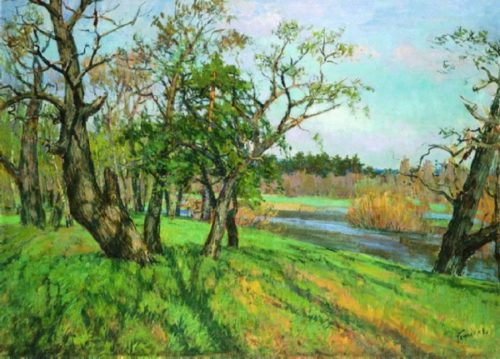 However, the Slavic soul is mysterious. Despite the comfort of life and Parisian beauty, Glushchenko was inevitably drawn to his homeland. Already in 1935 he begged the Center for permission to return to Ukraine, dear to his heart. But the Center sent dispatches demanding the completion of an important reconnaissance mission. And it seemed to the artist that he would not last two months without Ukrainian cherry orchards. 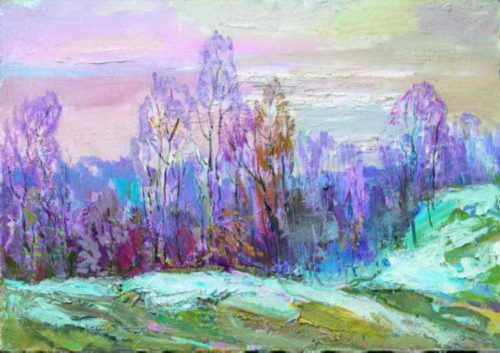 Glushchenko returned to the USSR with his family in July 1936.

In Moscow, he was immediately allocated a room in a communal apartment with an area of 9 sq. M. m. (kennel, compared to his Parisian apartment). However, he was boundlessly happy about it. Having received a charge of cheerfulness, the artist immediately began to organize an exhibition of his paintings in Kiev.

And immediately a denunciation was scribbled on him to Moscow from Kiev. Say, the artist Glushchenko secretly communicates with members of the Ukrainian national-fascist organization, and the Ukrainian fascist underground through him maintains contact with counter-revolutionary foreign groups. They even named addresses and appearances in Moscow with which the artist supposedly had to establish contacts. It’s funny, but in Kiev they simply did not know that Glushchenko was an intelligence officer. And they wanted to promote themselves and cut coupons on exposing the “enemy of the people”. 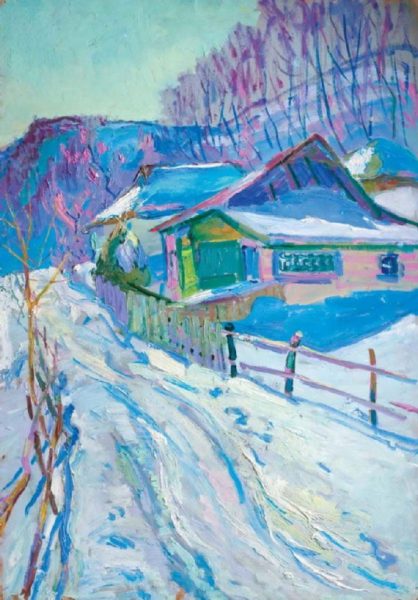 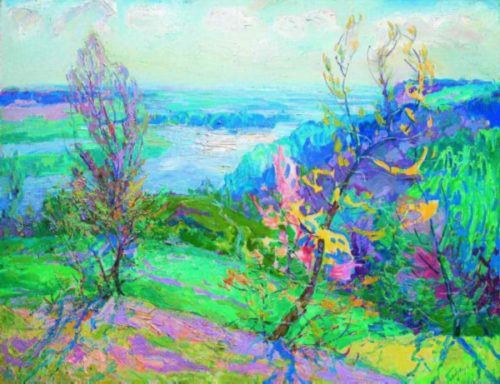 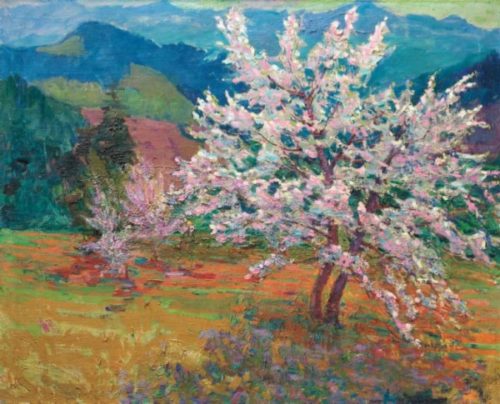 Spring in the Carpathians. 1966 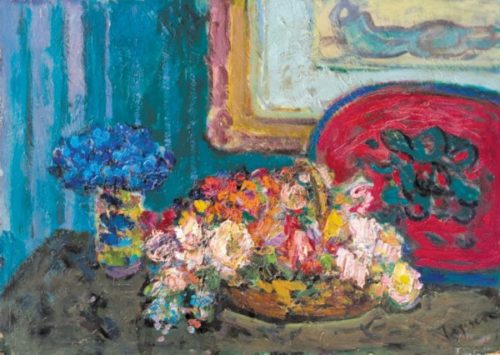 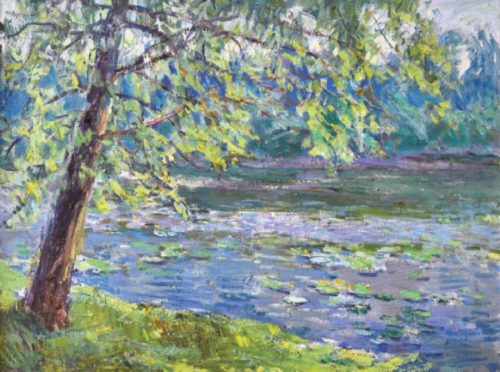 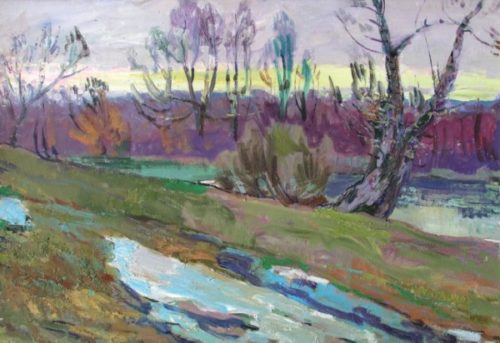 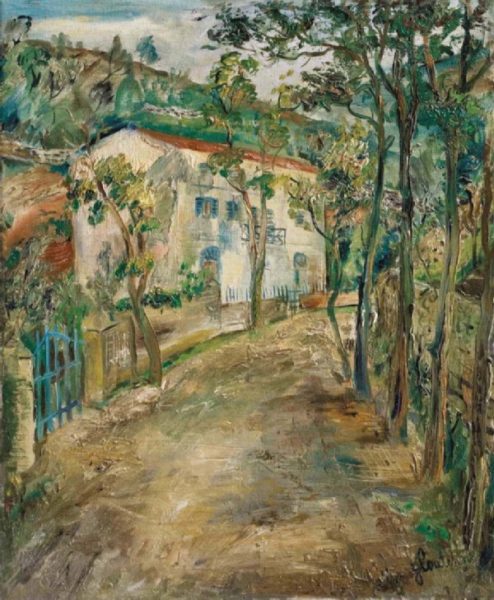 The town in France 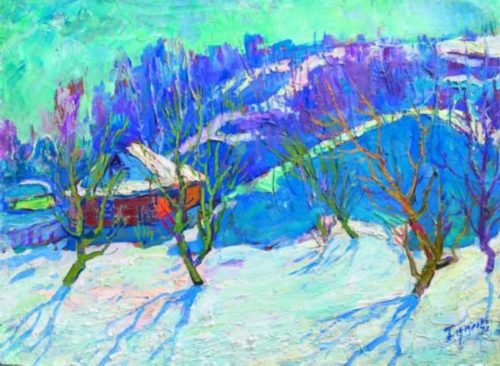