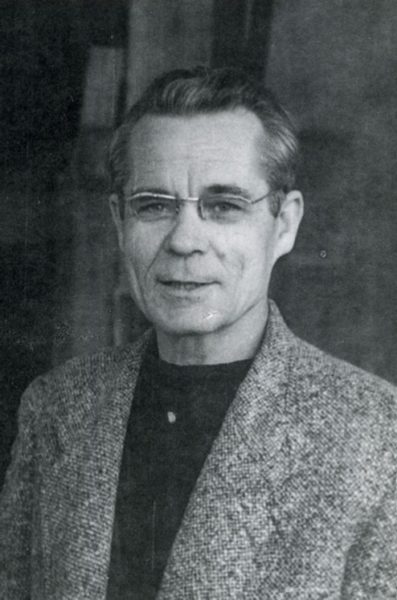 Taras Guryevich Gaponenko was born on March 5, 1906 in the village of Staraya Zavoron (Smolensk region) into a poor peasant family. Lost his parents early. His mother died when he was 5 years old, his father – when he was 8 years old. They stayed alone with their sister, who was 6 years older than Taras, and they went to the people. In the summer, my sister, a thin girl, labored in the surrounding villages, and Taras grazed pigs, receiving one measure of rye and 5-6 measures of potatoes per season. In winter, interrupted than necessary. One winter Taras had to drive two blind beggars, trampling down half of the country roads of the Elninsky district of the Smolensk province with his little sandals. Lapti Taras wove himself. 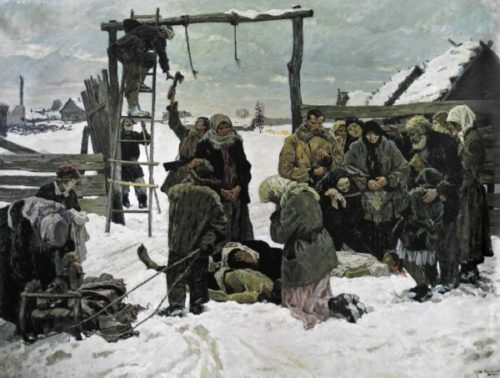 After the expulsion of the fascist occupiers. 1943-46

At the very beginning of 1917, when it became more and more difficult for Taras and his sister to get a piece of bread, they were rescued by chance. A recruiter came to their region to recruit for work “for Moscow” a large party of girls, childless soldiers and widows. The sister ventured to look for a happy lot on the other side. Tearfully begging the recruiter, the sister took Taras with her. So, as an 11-year-old teenager, Taras finds himself on the banks of the Upper Volga, in the large old estate “Dubna”. This is how Taras Guryevich Gaponenko describes in his autobiography the events that took place in 1917 in the village of Gorodishche on the Dubna estuary in the Dubna estate owned by the last owner Ivan Petrovich Lyubomilov. 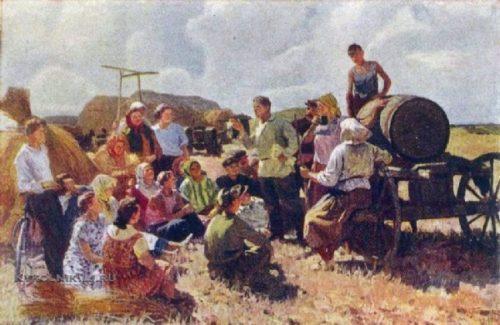 Taras worked for the landowner Lyubomilov and the state farm “Dubna” for 3 years – he was a stoker in an office, shepherding a large herd of thoroughbred cows, a traveling groom, an assistant beekeeper, a timekeeper. In 1919, a sister who worked in a barnyard returned to her homeland, and after long and persistent efforts, Taras was placed in an orphanage in the city of Korcheva in 1920, so that he could study, which he had dreamed of since early childhood. For 4.5 years, straining his last strengths, desperately starving, systematically not getting enough sleep, Taras managed to overcome the educational programs of the I and II levels. 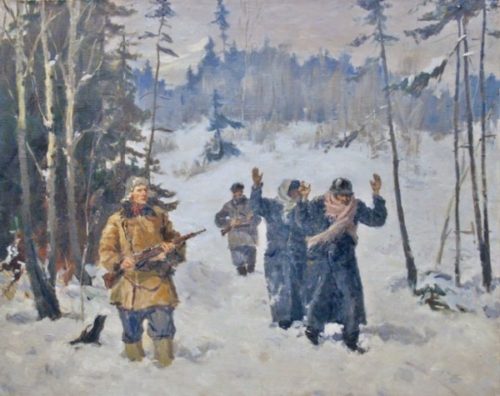 Captive Germans are being led, 1942

In September 1924, Taras entered the Moscow Higher Artistic and Technical Institute (VKHTEIN), from which he graduated in 1930 with the title of artist-painter. In 1929 he participated for the first time in the exhibition of the Association of Artists of the Revolution with two works. And since that time, his whole life is inextricably linked with the history of Soviet art.

More than 12 paintings by Taras Guryevich Gaponenko are in the Tretyakov Gallery on Krymsky Val and in the Russian Museum of St. Petersburg. For the painting “At Dinner with Mothers” (1935) he was awarded a large gold medal at the World Exhibition in Paris. For the painting “After the expulsion of the fascist invaders” (1943-1946), the USSR State Prize was awarded (1947). 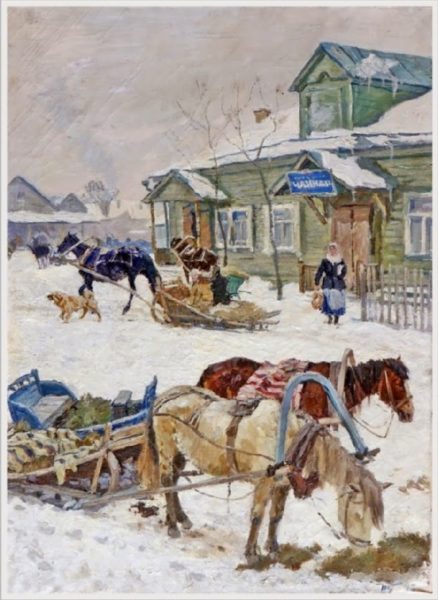 Many of his paintings are dedicated to the Great Patriotic War: 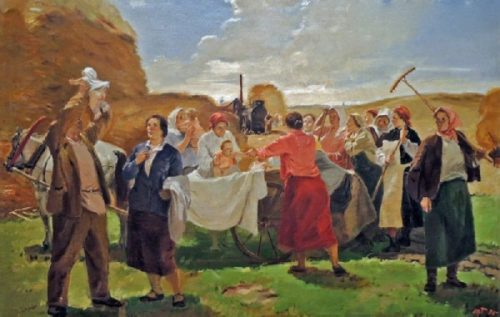 He writes a lot from collective farm life: 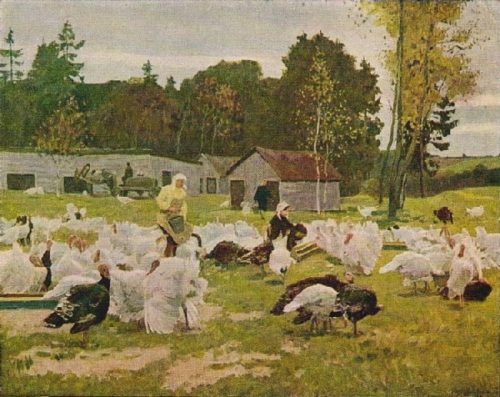 Taras Guryevich Gaponenko did a lot of social work. In 1954-57 he was the secretary of the organizing committee of the Union of Artists of the USSR. This is the path of Taras Guryevich Gaponenko from homeless childhood to People’s Artist of the USSR, where his visit to the village of Gorodishche at the Dubna estuary and study at the Korchev school played a big role in his life. 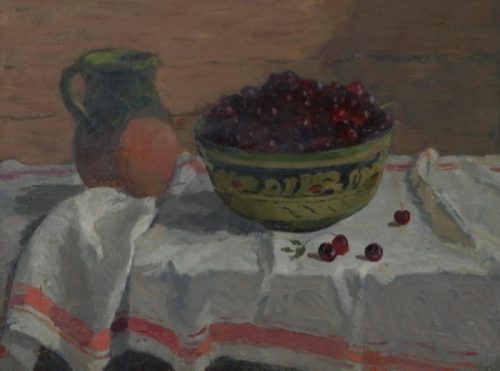 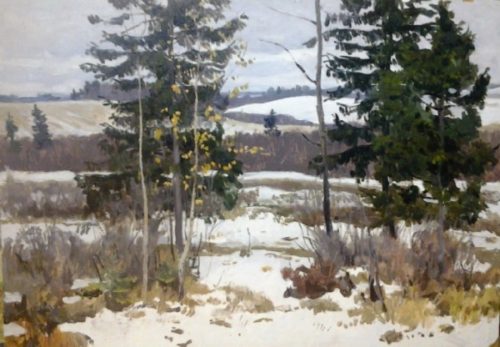 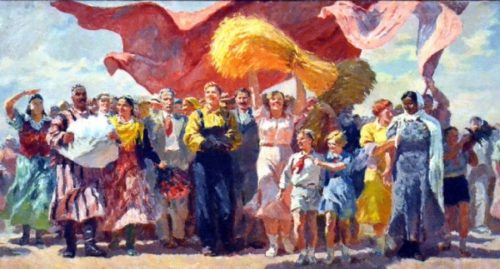 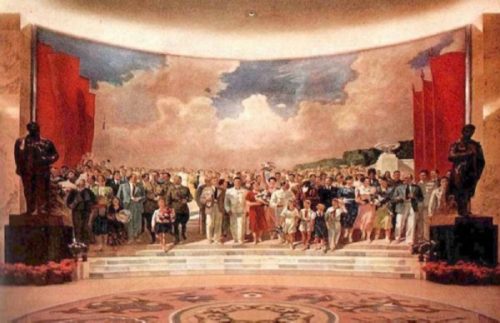 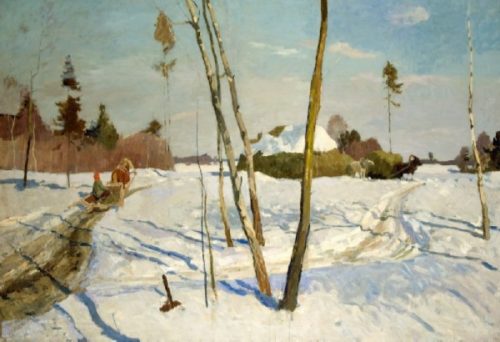 Winter landscape with a haystack, 1955 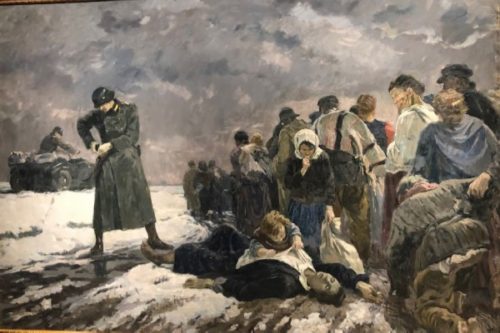 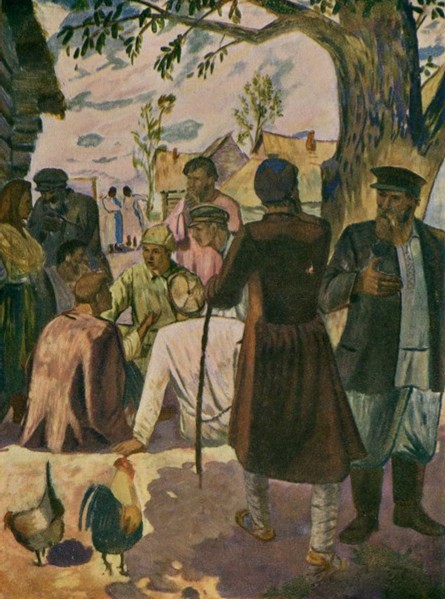 Red Army soldier in the village. 1929 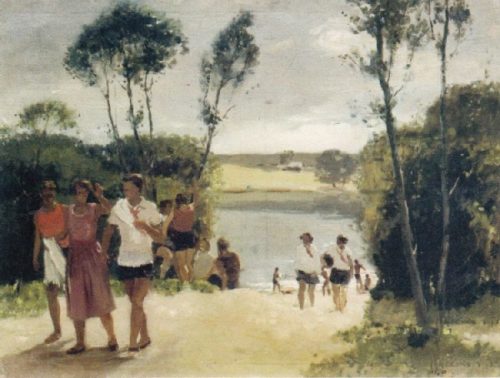