Soviet Kazakhstan artist Kamil Shayahmetov (15 October 1928 – 1995) – Member of the USSR Union of Artists (1957), Honored Artist of the Kazakh SSR, People’s Artist of Kazakhstan. At different stages of his artistic growth Shayahmetov created works that with absolute clarity flashed the main trends in the development of Soviet art. His paintings have become a historical document era. In the mid-20th century, the artist turned to the Kazakh steppe and village life. He seemed to write short stories about life in Aul. His paintings are endowed with a living breathing, authenticity, and sincerity. Each of the paintings of Shayahmetov is able to illustrate the literary source.

Kamil Mahmudovich Shayahmetov, or Shajahmetov, was born October 15, 1928 in the city of Kokshetau, Kazakskaya ASSR. Shayahmetov lived and worked in Alma-Ata. In 1943-1948 he studied at the Alma-Ata Art School. In 1950-1956 he studied at the Faculty of Painting of the Institute of Painting, Sculpture and Architecture named after Ilya Repin of Academy of Arts of the USSR (workshop of Yuri Neprintsev, diploma painting – “Collective farm Winners”). 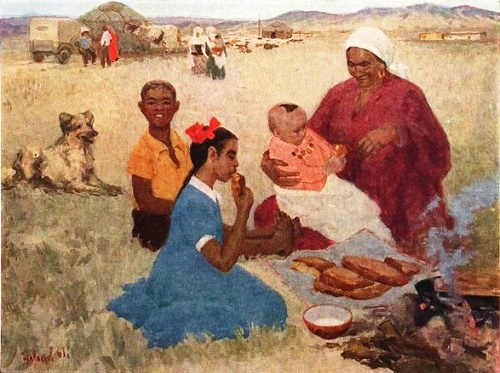 Shayahmetov – the author of portraits and genre paintings, including “In his native village” (1956-57),” Winners”, “Letter from the village”, “Fisher-woman Saule”, “Round Dance of Friendship” (1967), “grain growers” (1976), “White City in the Steppe” (1978), and many others.
K. Shayahmetov died in 1995. His works are in the State Tretyakov Gallery, the State Art Museum of the Republic of Kazakhstan of Kasteyev and other museums of the former Soviet Union. 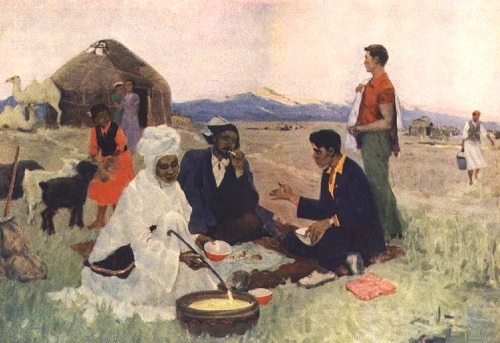 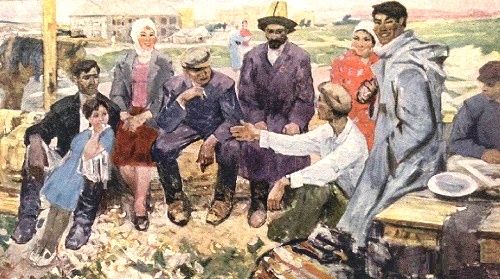 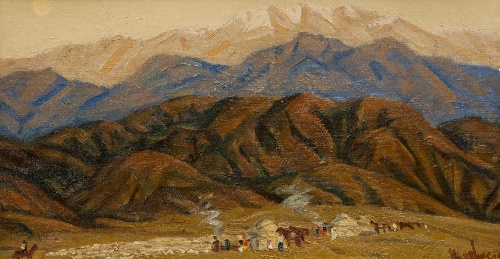 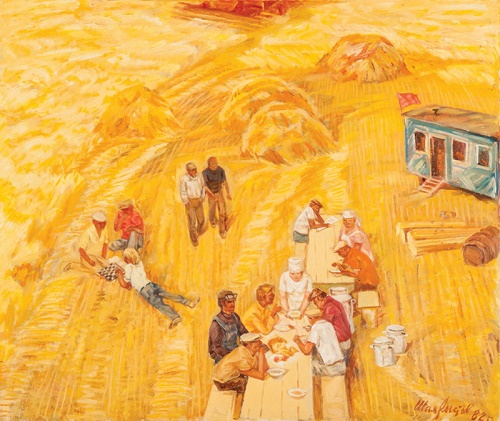 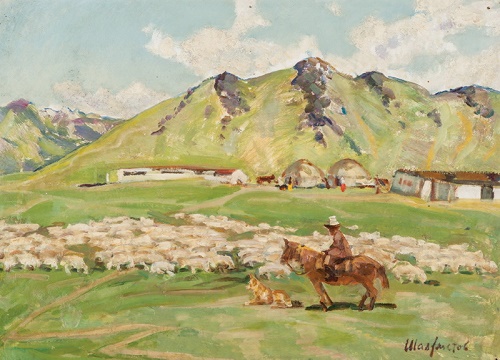 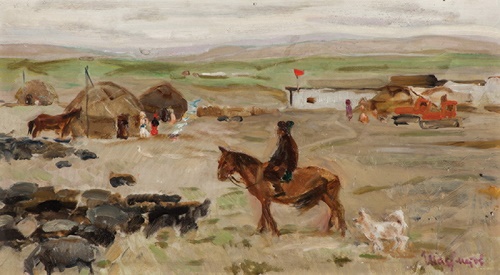 The steppe motive. 1965. Oil on cardboard 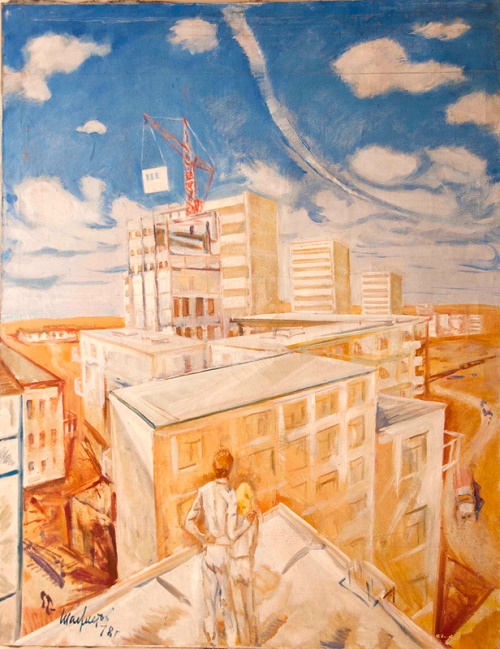 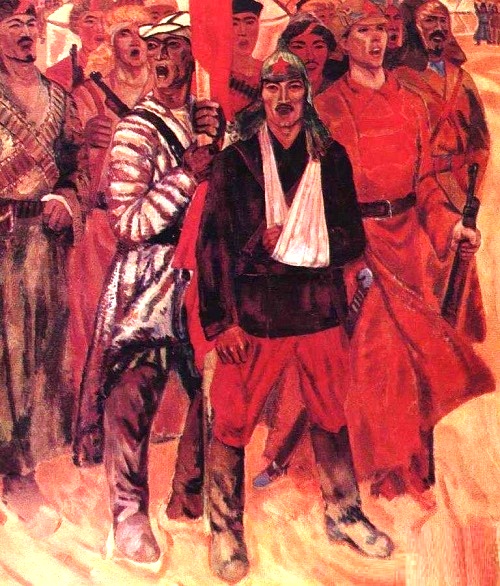 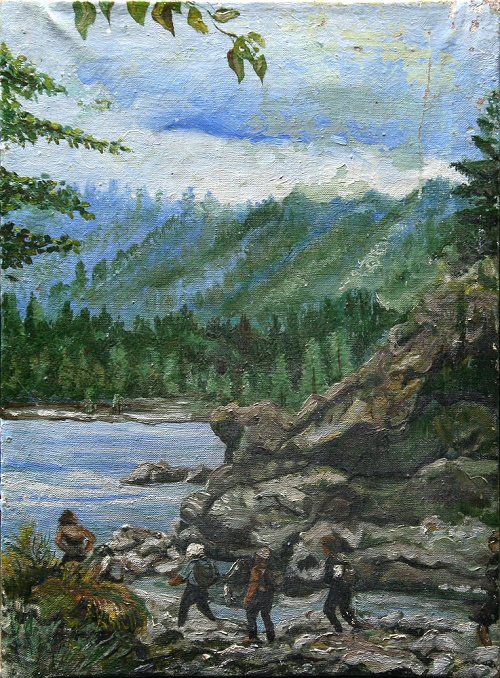