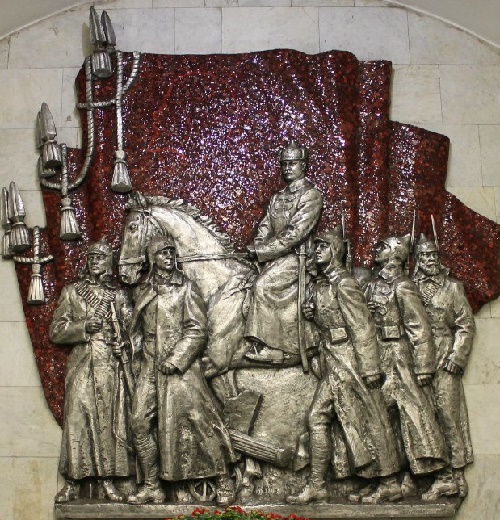 The station, opened on April 29, 1961, was named in honor of the revolutionary and Soviet state and military figure Mikhail Vasilievich Frunze. Decorated with a bas-relief of aluminum and red smalt the panel depicts Mikhail Frunze on horseback, surrounded by Red Army soldiers and against the backdrop of battle banners. This is a remarkable work of the Soviet sculptor, member of the USSR Union of Artists (1948) Vladimir Sychev.
Born in 1917 in Ukraine, Vladimir Isakovich Sychev from an early age showed interest in art. In 1940, after the Odessa Art School, Sychev moved to Leningrad, where he entered the All-Russian Academy of Arts, and studied in the studio of the outstanding Soviet artist A.T. Matveyev. In 1941, after the outbreak of the Great Patriotic War, he took part in defense works, and was a fighter of the Moscow Military District. In 1942, all students and faculty of the Academy of Arts evacuated to Samarkand. However, the heaviest blockade winter influenced all the further work of Vladimir Sychev. 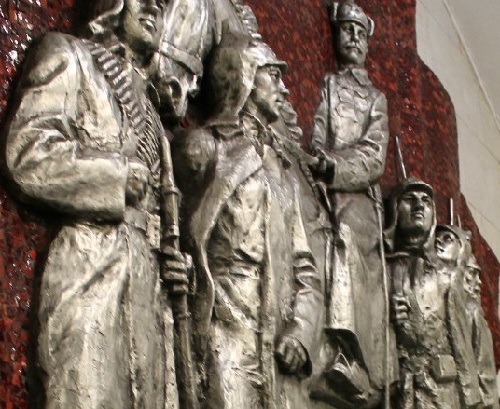 In 1947, after graduating from the Academy of Arts, he began teaching activities in the architectural and art craft school and the Leningrad Art School named after V.A. Serov. Later, in the 1950s, engaged in small plastic work, he began to cooperate with the Leningrad Porcelain Factory. His models created a famous series of works on the theme of ballet (“The Dying Swan”, “The Ballerina with a Flower”, “Shurale”, “The Spanish Dance”, etc.). By the way, porcelain figures were very popular, they decorated the cupboards of most Soviet apartments.

In 1960-1980-s Vladimir Sychev worked in monumental sculpture. For several decades he created over 300 works in bronze, granite and marble. Most notable, in particular, are high reliefs and bas-reliefs at metro stations “Frunzenskaya”, “Narva” and “Ploshchad Vosstaniya”. As well as a monument to SM Kirov at the Elektrosila plant, a bust of Lenin in the Tauride Palace, a sculptural composition and a light curtain In the Tauride Garden.

Being one of the most notable practitioners of Soviet monumental sculpture, Vladimir Sychev created a large number of busts of state and party leaders, military leaders, scientists, culture and art. For example, VI Lenin, VM Molotov, GK Zhukov, P. I. Tchaikovsky, N. A. Rimsky-Korsakov, A. Pushkin, and M.Yu. Lermontov.

Vladimir Sychev died in 1995, continuing to work until the last days. Unfortunately, in the post-Soviet years, many of his projects remained unrealized. However, the artist’s studio still keeps many sketches, models, busts, and small sculptural forms. Currently, in the creative workshop of his father, fruitfully works his son – sculptor Andrei Vladimirovich Sychev. 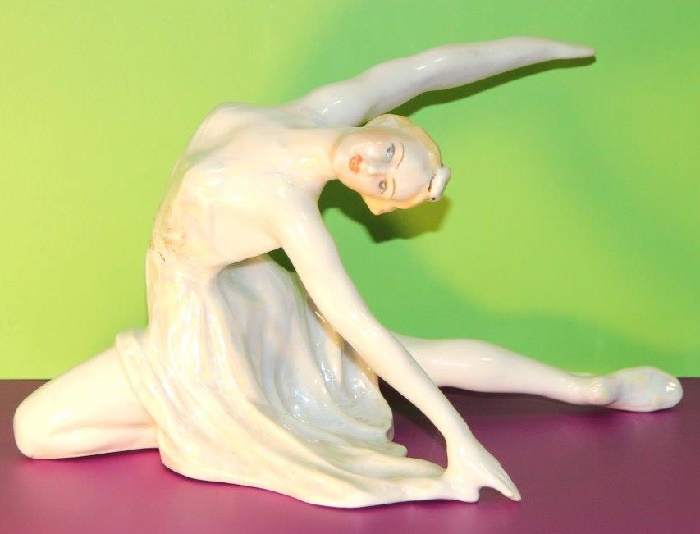 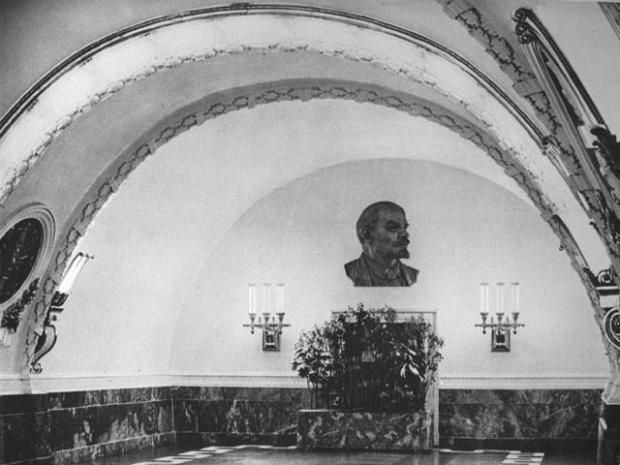 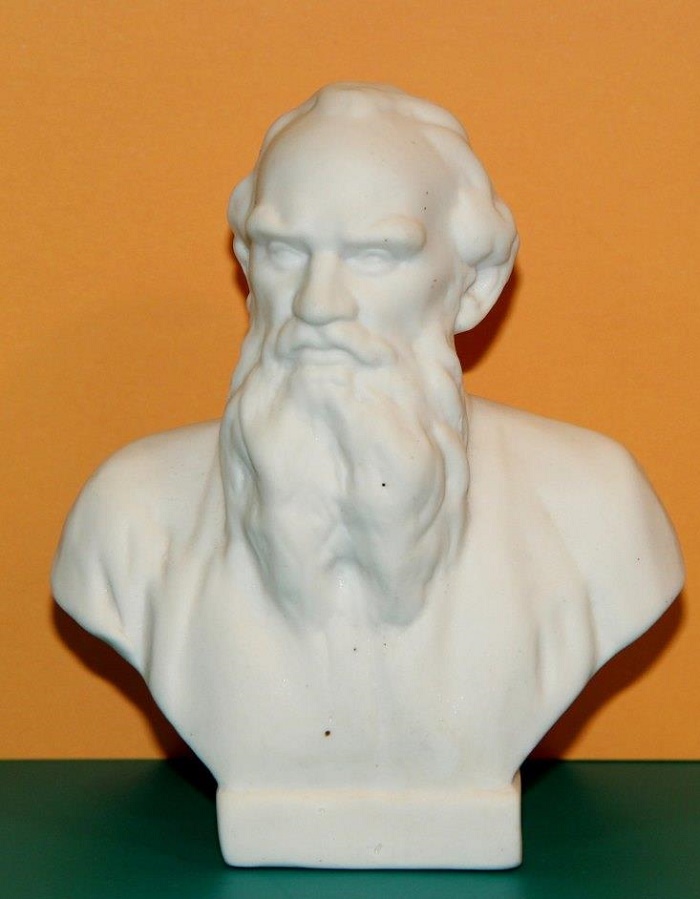 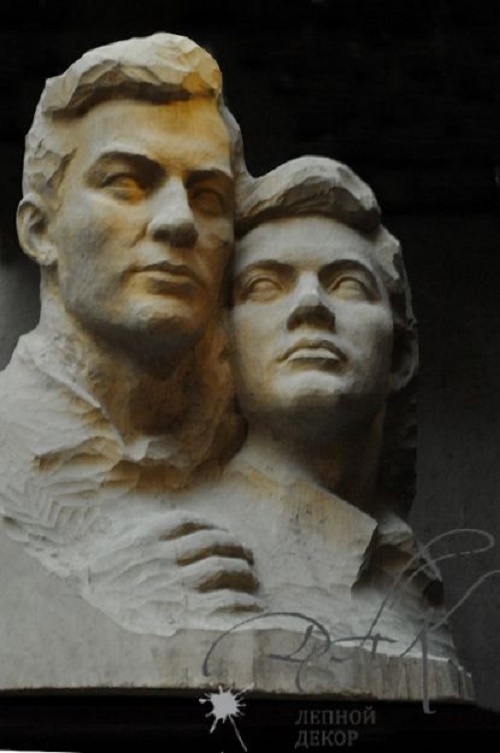 Detail of sculpture by Sychev 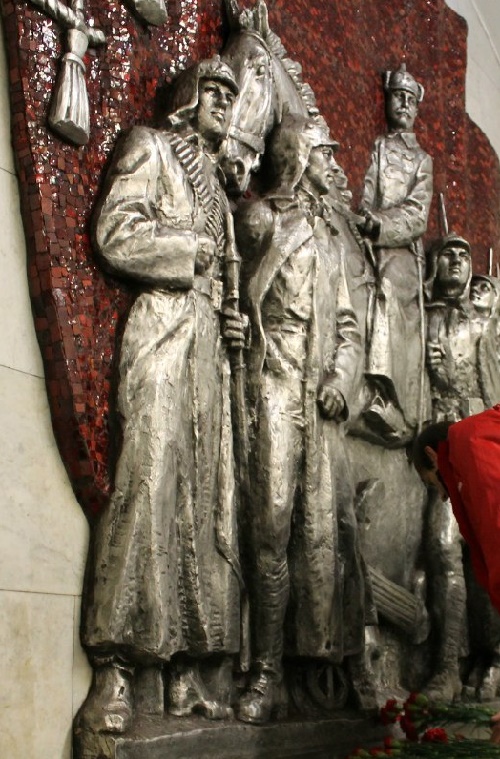 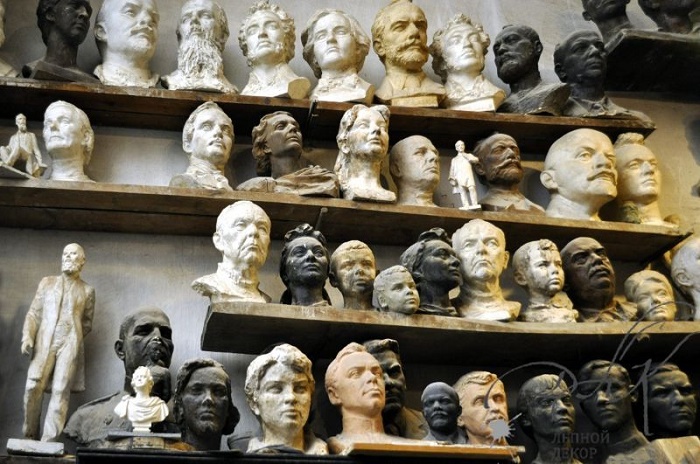 In the workshop of sculptor V. Sychev 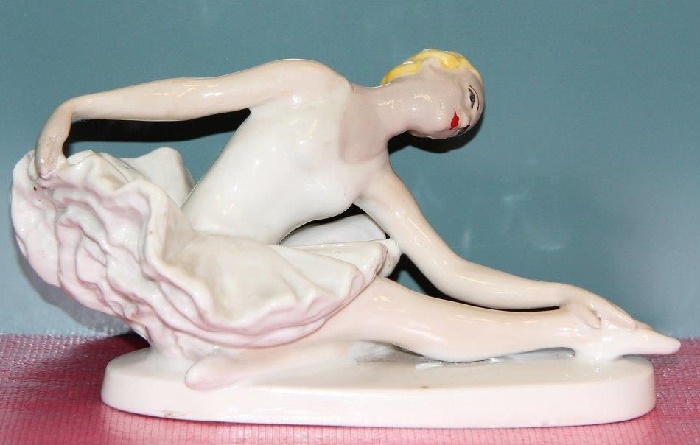 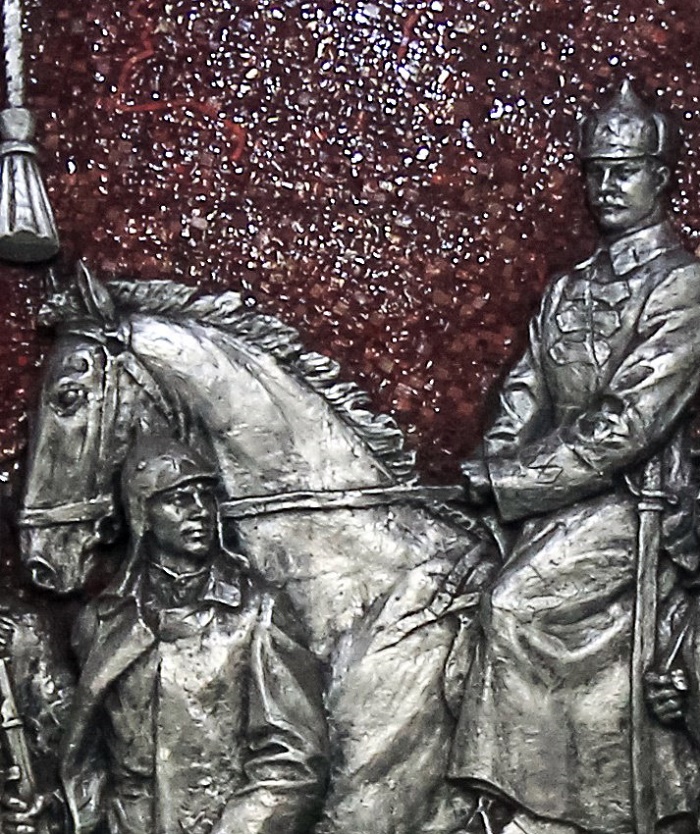 Mikhail Frunze on a horse, detail 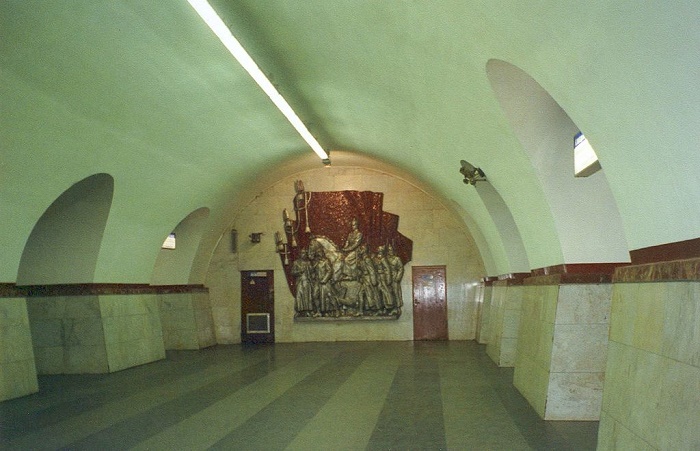 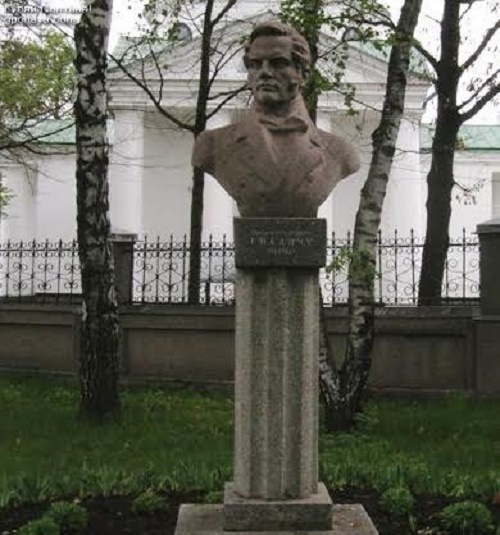 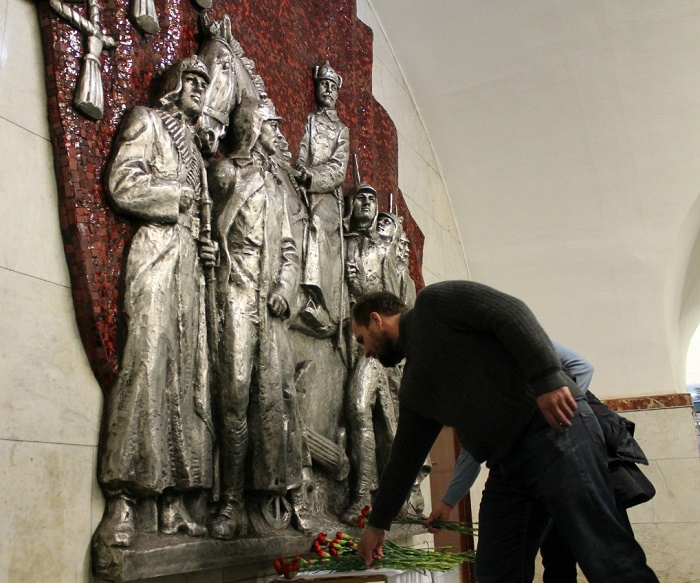 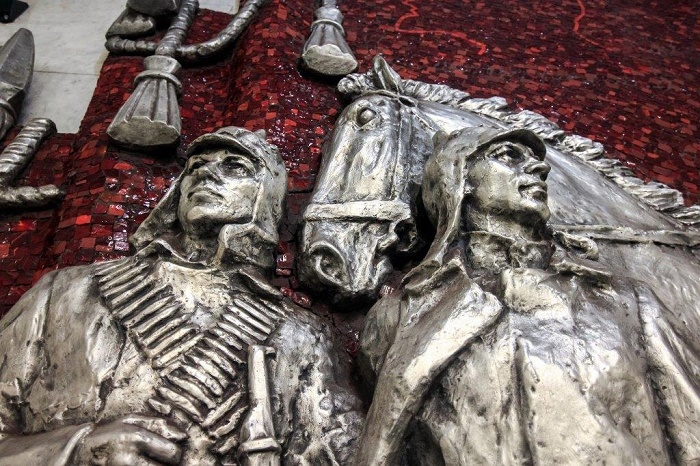 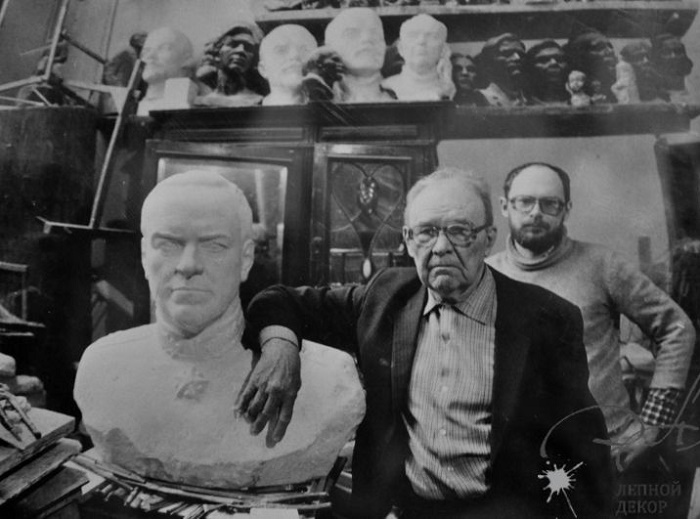 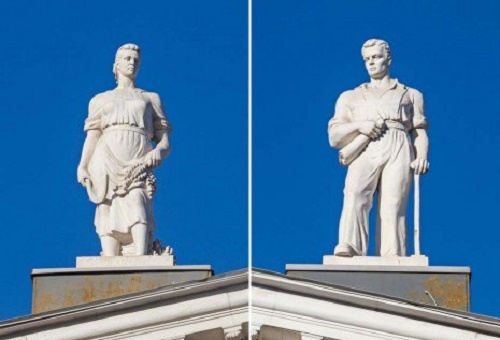 Sculptures ‘Worker’ and ‘Collective Farm Girl’ on the roof of the house 68 Nevsky Prospekt. Copies of works by sculptor V. Sychev. Installed October 2012 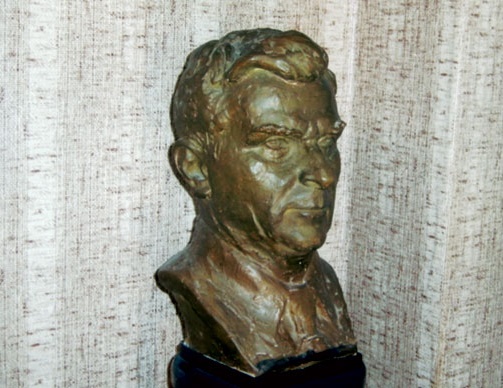 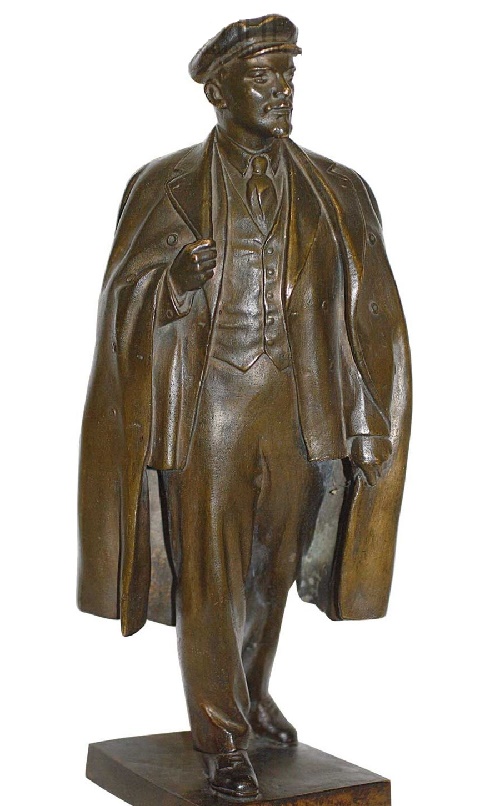 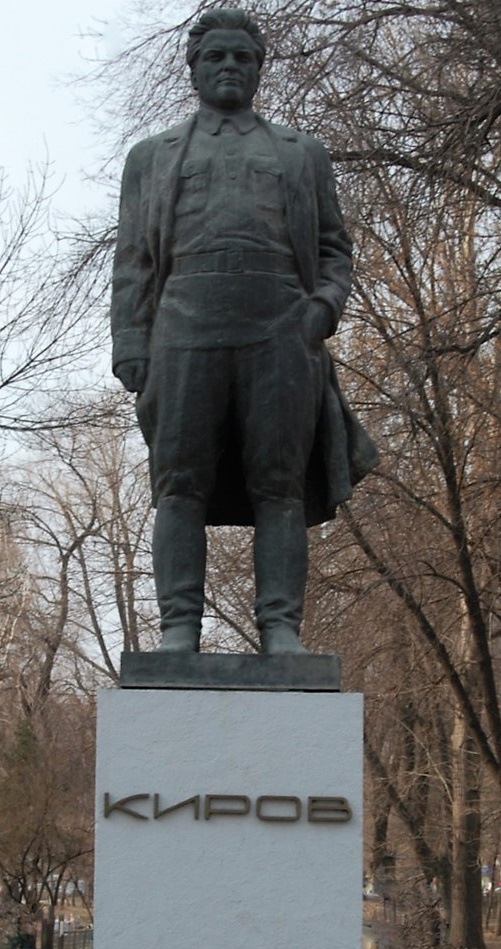 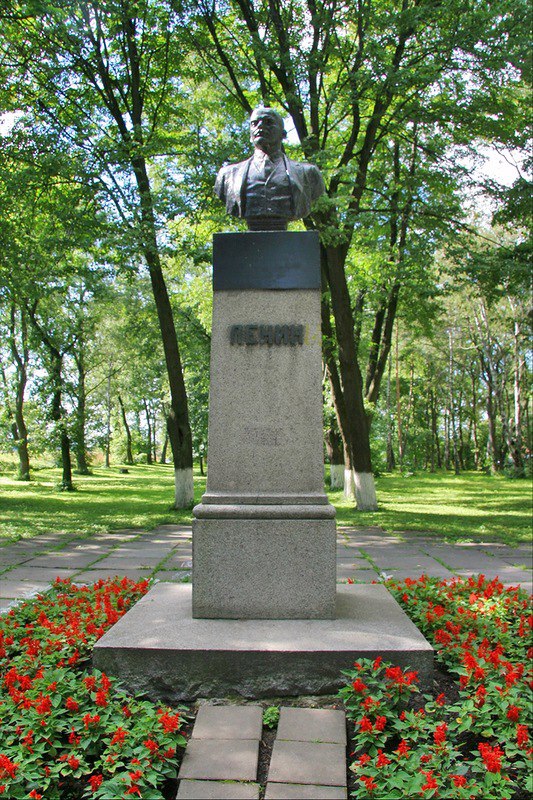