Soviet battle painter Mikhail Ananievich Ananiev – Member of the USSR Union of Artists (1965), Honored Artist of the Russian Federation (1995), People’s Artist of the Russian Federation (2010). Mikhail was born in Moscow on October 15, 1925. In 1940-1943 he studied at the Moscow School of Industrial Art named after Mikhail Kalinin. Ananiev – veteran of the Great Patriotic War, fought on the Japanese front. He was awarded the medal “For the Victory over Japan”, “30 years of the Soviet Army and Navy”, “Twenty Years of Victory in the Great Patriotic War of 1941-1945”, “50 Years of the USSR Armed Forces”, and other medals. In 1955 he graduated from the pedagogical department of the Moscow School of Industrial Art. The same year he became a regular participant of art exhibitions. He has worked in the studio of military artists named after MB Grekov since 1955. 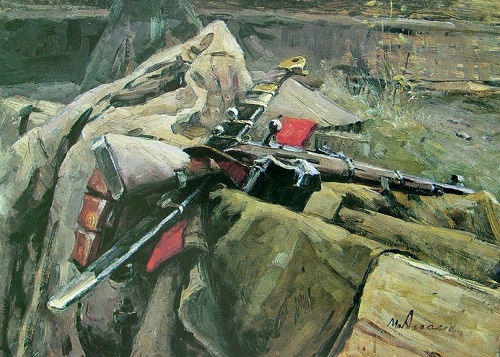 Ananiev worked in the genre of panoramic art, and participated in the reconstruction of Borodino Panorama. He created a number of dioramas dedicated to the Great Patriotic War in Russia, Germany, Bulgaria, and Kazakhstan. Together with other Soviet artists PI Zhigimont and GI Marchenko has created a diorama «Fight of the Cossacks under the leadership of Ivan Bogun with the Polish gentry near Vinnitsa in 1651″ and “Vinnitsa armed uprising in 1917” for the Vinnitsa Regional Museum.

M. Ananiev painted in the genres of military-patriotic themes, and in the genre of portraiture. A large number of works the artist devoted to the main topic in Soviet art of the time – the BAM construction. The battle scene paintings by Soviet artist M. Ananiev are in the Central Museum of the Armed Forces in Moscow. Besides, his works are stored in many museums in Russia, Germany, and Bulgaria, as well as in private collections in Russia and abroad. 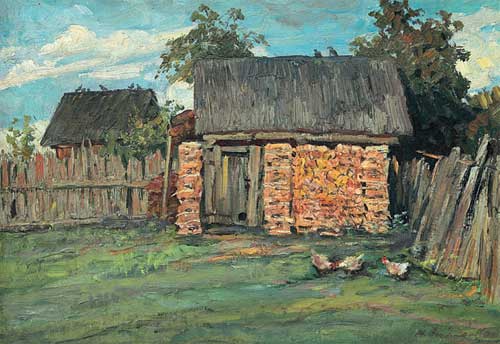 In the village. Painting by Soviet artist M. Ananiev 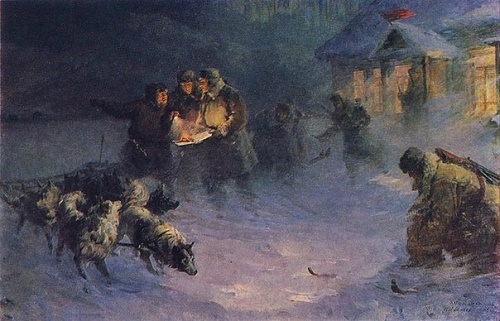 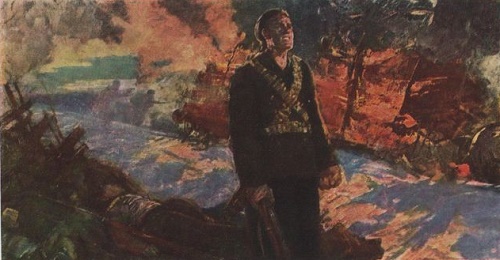 Curse to the occupiers 1965 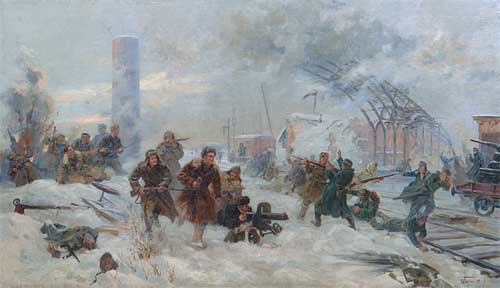 Fight at the station Kryukovo 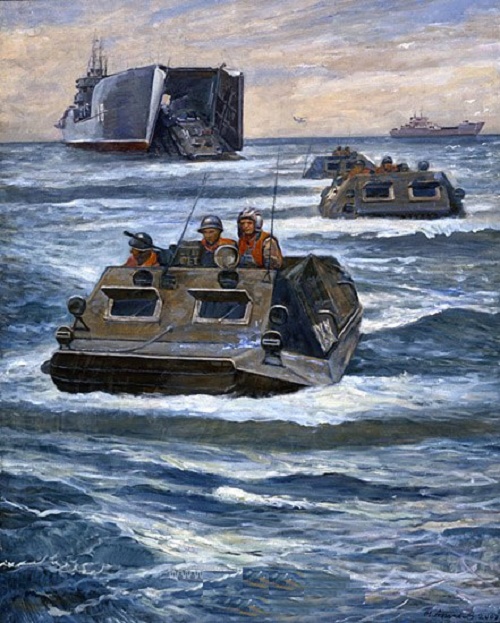 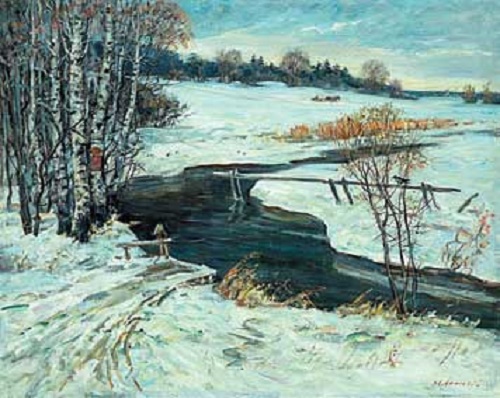 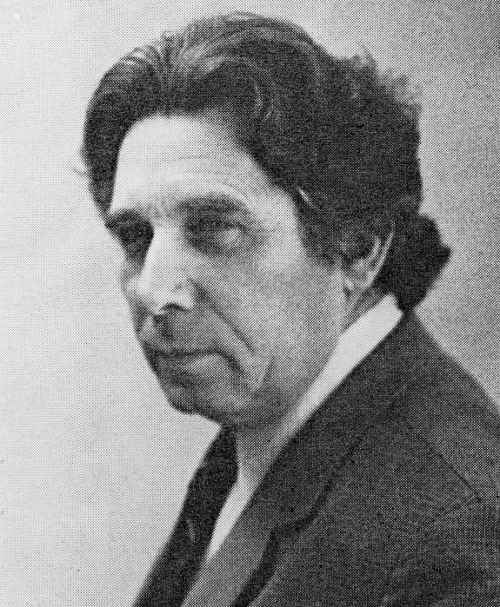 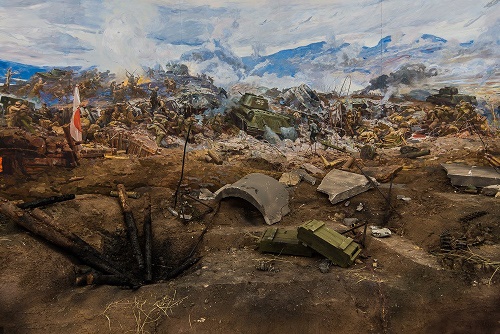 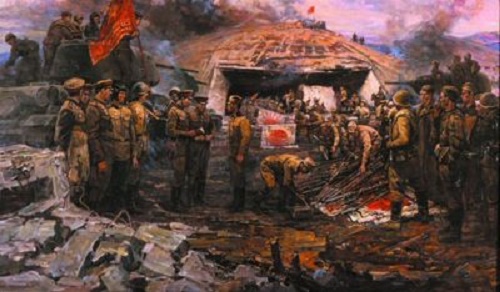 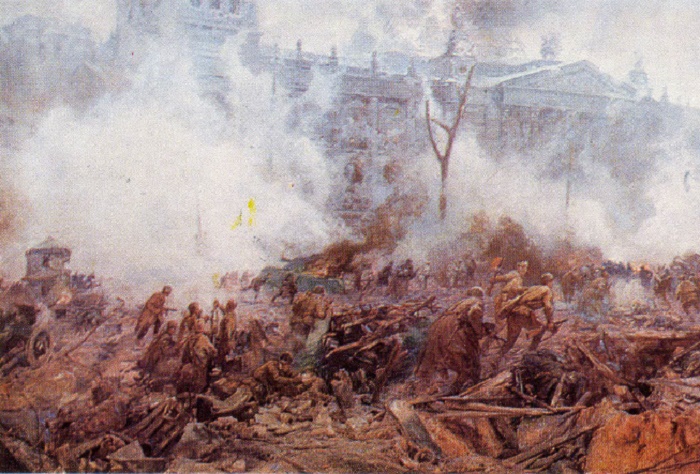