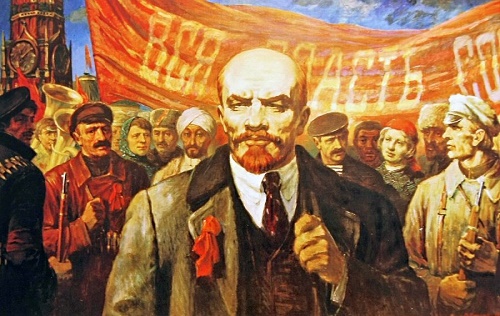 Soviet painter Mikhail Kornetsky (March 15, 1926, Moscow – September 10, 2005, Riga) – member of the USSR Union of Artists (1961), Honored Artist of the Latvian SSR. Kornetsky was born on March 15, 1926 in Moscow. His father, Vladimir Kornetsky, after the revolution participated in the Civil War and from 1922 until his death in 1947 worked in the Soviet state security organizations. His mother, Venilia Indrikovna Liepa, also worked there. Since 1943, the mother of the future artist moved to Riga work in the prosecutor’s office and on the liberation of Latvia from the Nazi invaders. 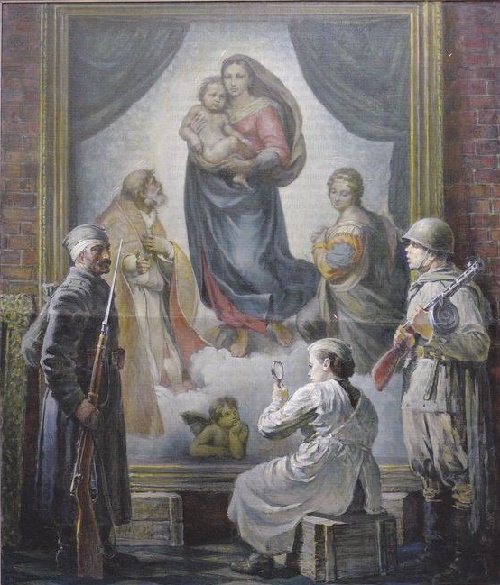 Before the war, Kornetsky lived with his family in Leningrad, where he graduated from a seven-year school. With the outbreak of the Great Patriotic War, evacuated to the village of Isetskoe, Tyumen region, he graduated from the secondary school. However, in November 1943, went to the front. Demobilized in September 1950 in the rank of guard of the senior sergeant (awarded with the medals “For victory over Germany” and “30 years of the Soviet Army and Navy”), he came to his mother in Riga. There, he continued studying in the evening school of working youth. 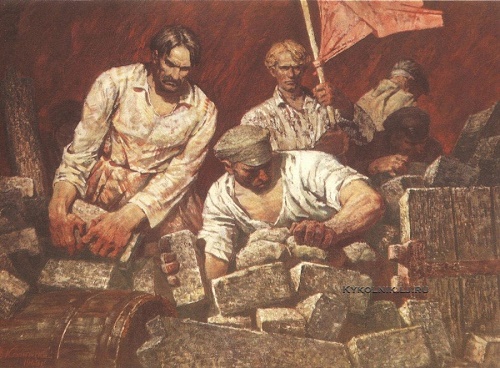 Meanwhile, Kornetsky performed many art orders that came to him from all over the Soviet Union. Besides, his work was often reproduced in all-Union journals. Very soon he received the title of Honored Artist of the LSSR. He painted people of labor, communists, and representatives of the intelligentsia. An important place in his work occupied the theme of war – the Great Patriotic War and the Civil War. Among the significant works of this plan, are “Red Army soldiers” (1963), “From the Soviet Information Bureau” (1965), “Soldiers of 1941”, (1967), “On former campaigns” (1972), “The Destroyed Wells” (1973), and “Salute of Victory” (1978).

Many Latvian artists consider themselves to be students of Kornetsky, and for students from other republics he helped a lot. In particular, helped to get the work of the model, provided accommodation in his workshop, and arranged art discussions. 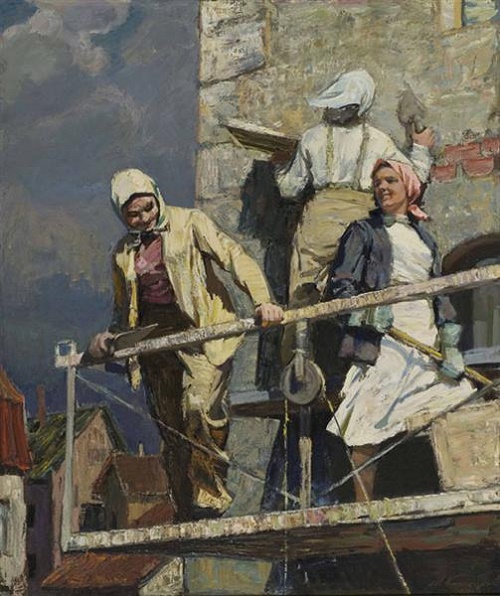 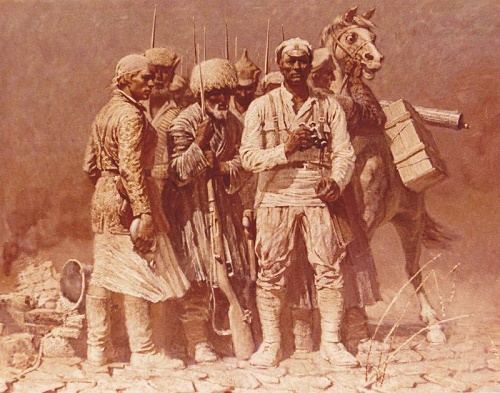 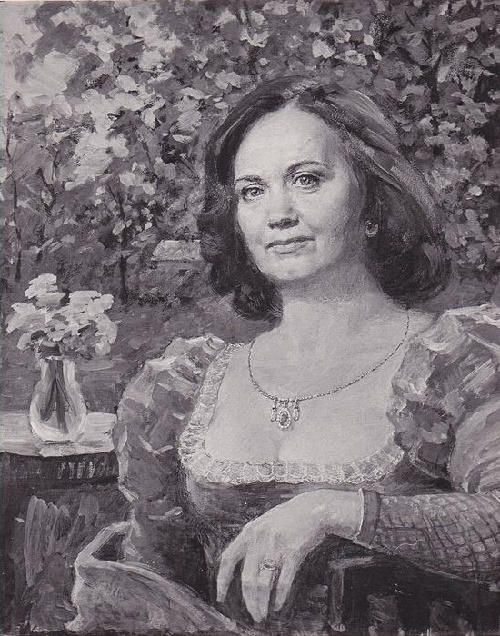 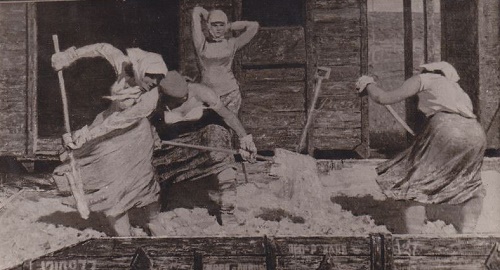 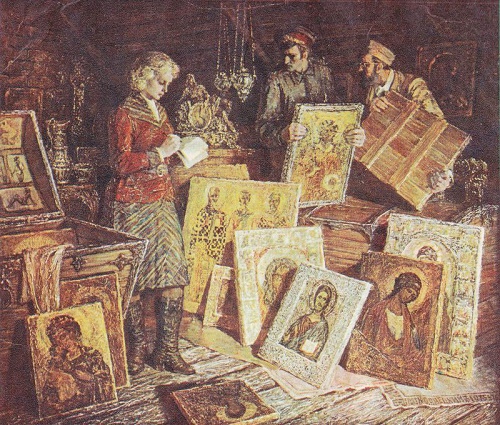 From the Soviet Information Bureau, 1965 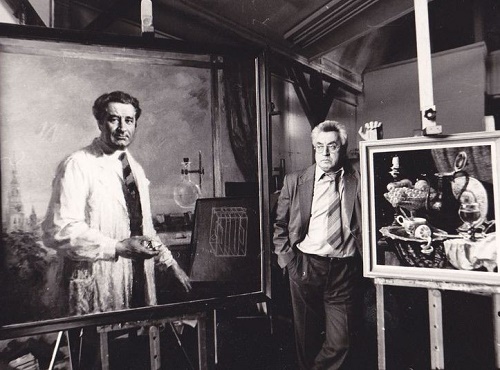 Mikhail Kornetsky in his workshop 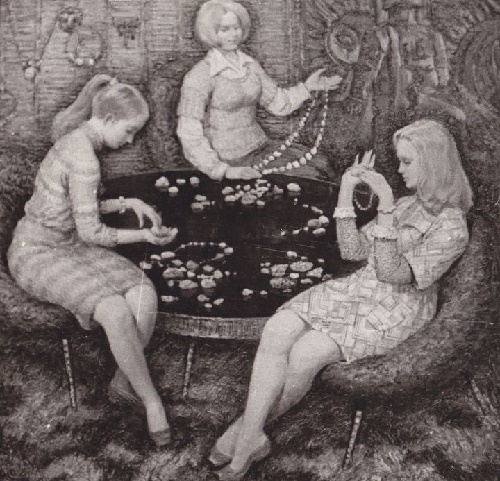 In the jewellery shop 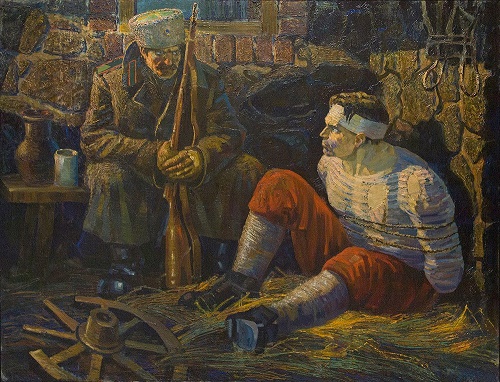 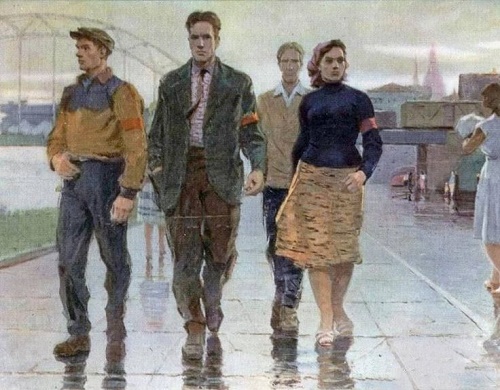 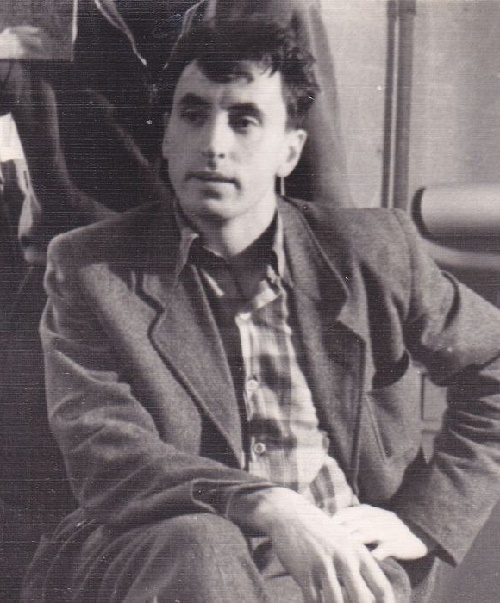 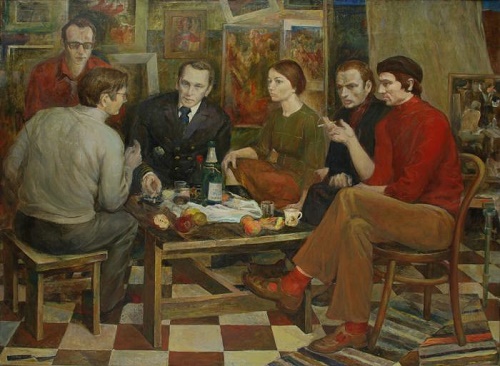 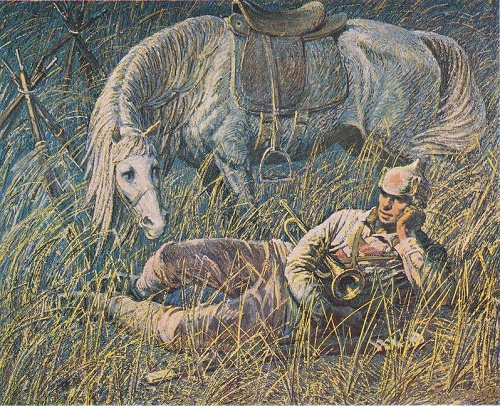 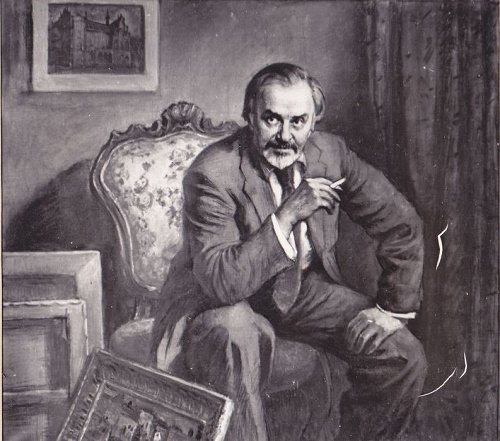 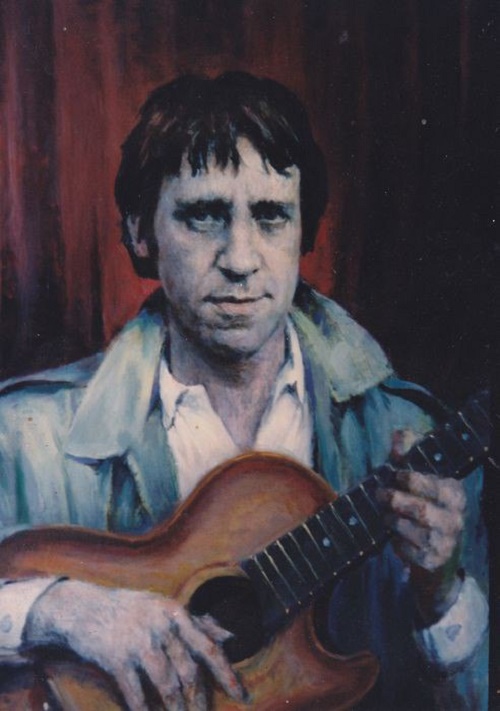 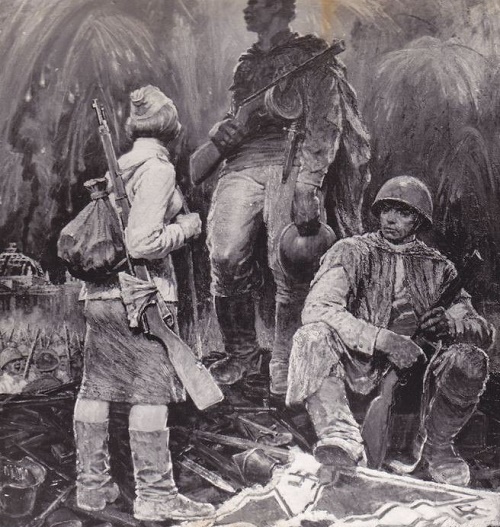 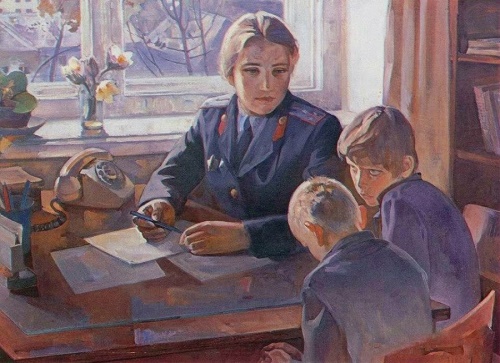 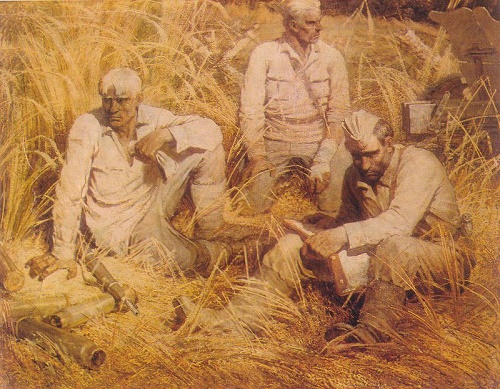 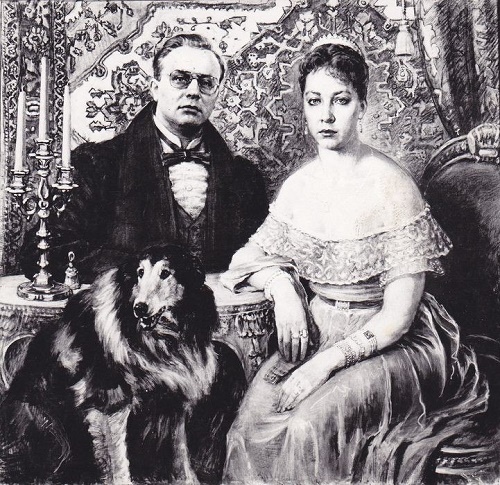 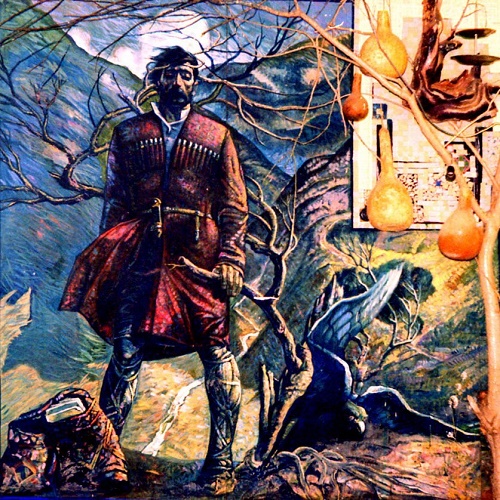 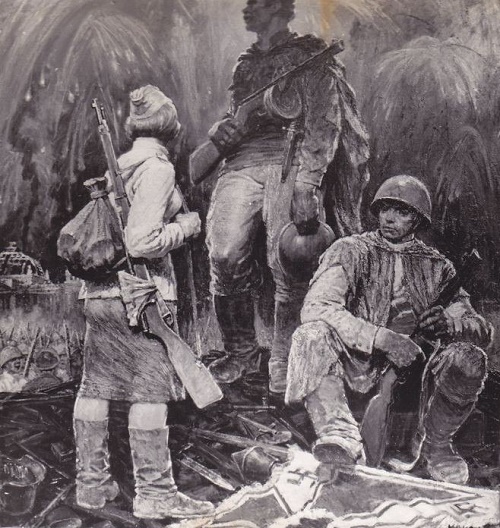 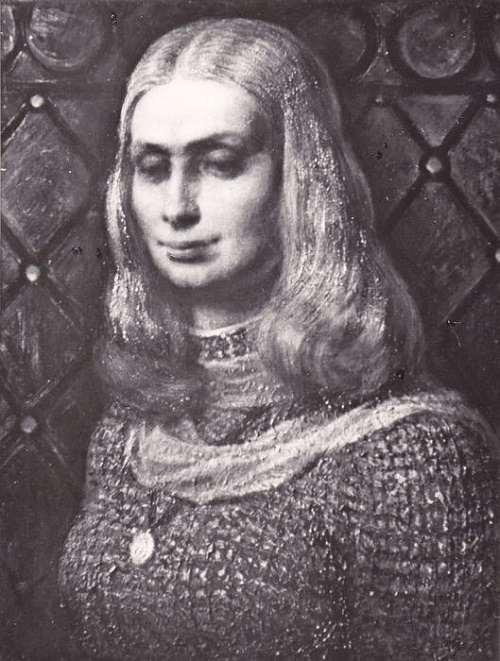 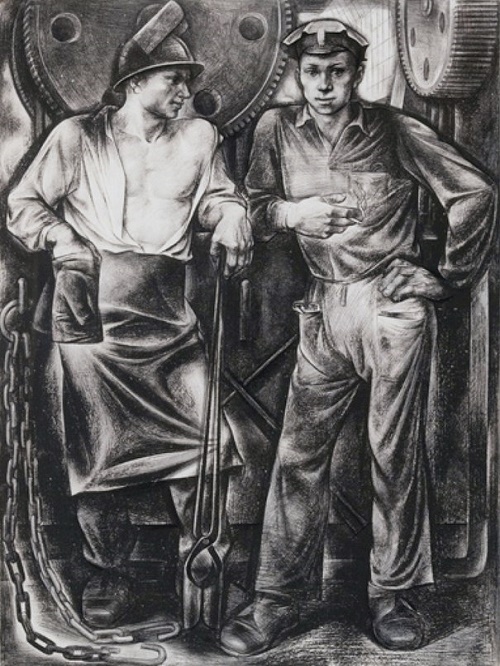