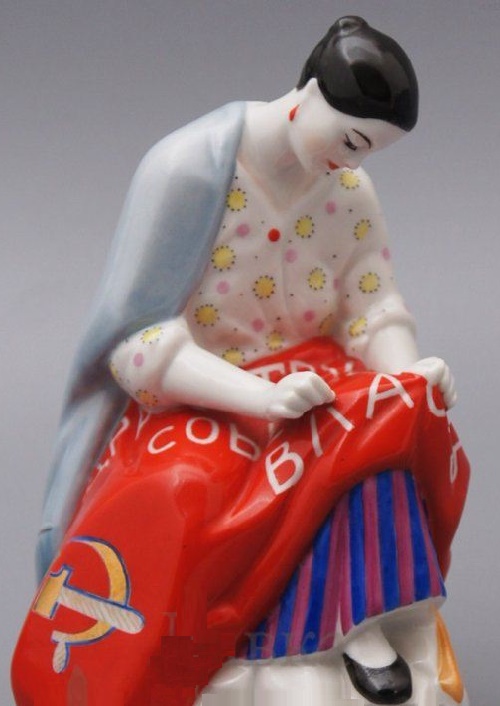 Soviet sculptor-ceramist Natalya Danko (1892-1942) entered the history of Soviet propaganda porcelain as one of the most remarkable sculptors. For twenty-five years of creative work she has created more than three hundred figures and compositions. In particular, thematic sculptures, satirical, portrait and decorative, not counting options made in bronze, terracotta, wax and earthenware. Also, Natalia was one of the first Soviet sculptors to use porcelain in architecture. Noteworthy are 14 bas-reliefs on the theme “Dances of the Peoples of the USSR” for the metro station “Sverdlov Square”. In addition, under her leadership, a team of sculptors and artists of Leningrad porcelain factory performed porcelain bas-reliefs for the Khimki river station in Moscow (1937-1938). 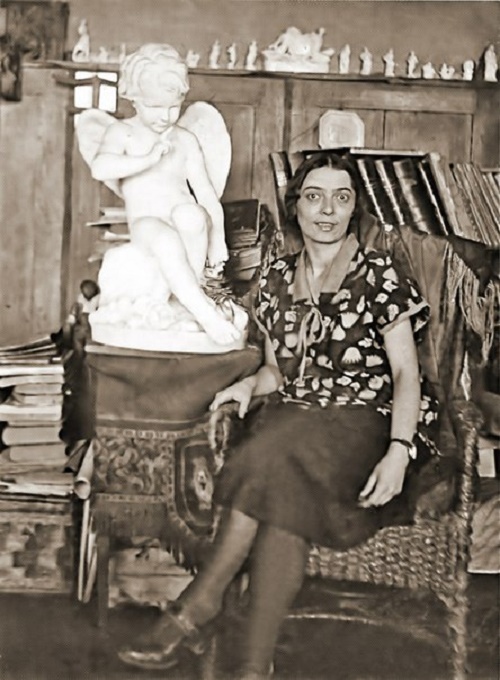 Born in Tiflis into the family of railway employees – Yakov Afanasievich and Olga Iosifovna Danko, Natalya spent her childhood in Moscow. Aged eight she entered the Stroganov Art College in Moscow (1900-1902). Then she studied in various private studios, including workshops of Yalmar Jaanson in Vilna (1906 to 1908). Then, she moved to St. Petersburg to study in the workshops of L. V. Sherwood and V. V. Kuznetsov (1908-1909). In 1909-1914 she worked mainly in St. Petersburg, engaging in sculptural decoration with architects VA Shchuko, IA Fomin and others. In 1911 she performed sculptural decor at exhibitions in Rome and Turin. Since 1914, together with V. Kuznetsov, she worked in the sculpture workshop of the Imperial Porcelain Factory in Petrograd. And already in 1919 she became the head of the sculptural department of the plant.

In total, Natalia Danko has created more than 300 sculptural works. The most famous of them are the Red Army soldier, the Worker embroidering the banner, The Sailor (1919), The Militia woman (1920), The Loaders, The Fortune-Teller, The Famine, The Chess (1922), “Worker”, “Woman with a sheaf” and others. Natalia also created such portrait figures as Nijinsky, Fedorova II, Anna Akhmatova, and Meyerhold (1935). Interestingly, many early works were painted by Natalia’s sister – Elena Danko – a Russian writer, poetess and artist.

During the Great Patriotic War, Natalya Danko was in besieged Leningrad. In late February 1942, together with her sister and mother evacuated to the city of Irbit. Unfortunately, on the way because of the consequences of exhaustion, the sister and mother died. Natalia Danko herself died on March 18, 1942, shortly after arriving in Irbit. 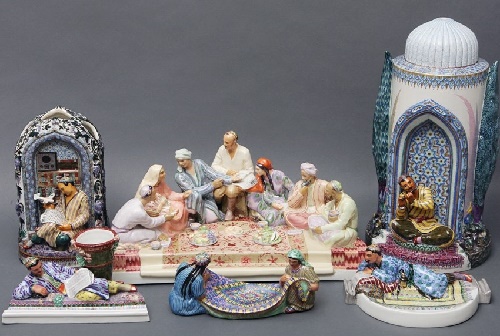 Discussion of the Stalin Constitution in Uzbekistan collective farm. 1937

Sculptures made at the Leningrad Porcelain Factory:

Ukrainian woman with tomatoes. From the series ‘Harvest’

Ready for work and defense

Inkwell from a desk device ‘Discussion of the Stalin Constitution in Uzbekistan’. 1936

Agitation pencil holder from the ink device ‘Discussion of the draft of the Stalin Constitution on the collective farm of Uzbekistan’, Leningrad porcelain factory 1930s