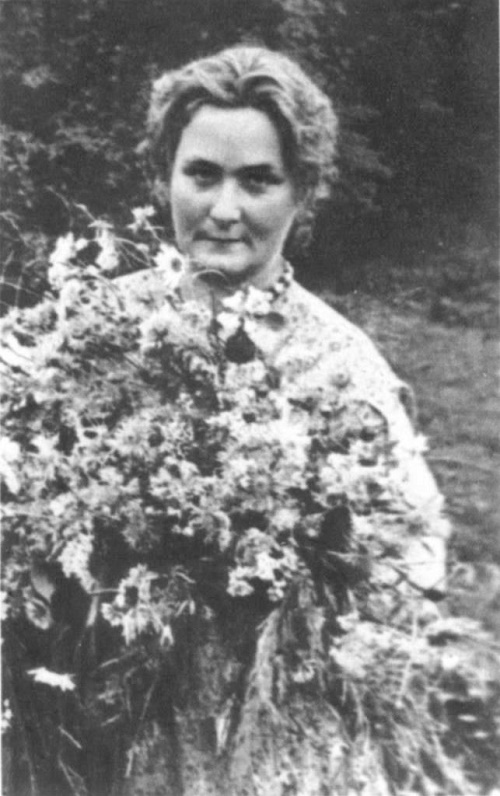 Soviet Russian sculptor Sarra Lebedeva
Bright representative of Soviet art, Sarra Lebedeva was an Honored Artist of Russia (1945), Corresponding Member of the USSR Academy of Arts (1958), and Member of the USSR Union of Artists. Master of portrait sculpture, she is the author of numerous sculptural portraits of public figures, the country’s heroes, artists and writers.
Born Sarra Dmitrievna Darmolatova 23 December 1892 in St. Petersburg, she was the daughter of wealthy official and nobleman. Besides, her elder sister was a poet and translator Anna Radlova. Sarra Lebedeva studied at the School of Drawing, Painting and Sculpture, workshops of Mikhail Bernstein and Leonid Sherwood (1910-1914), and also worked in the sculpture studio of Vasily Kuznetsov (1914). 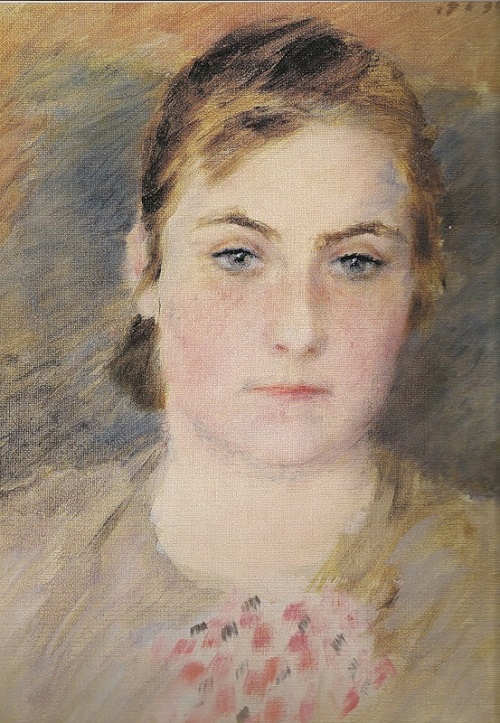 Extremely talented, intelligent and noble, Sarra Darmolatova was the first wife of the artist Vladimir Lebedev. Their relationship began in 1915. However, they had to divorce in 1936. According to Vladimir Lebedev, it was due to the fact that the two talented people find it difficult to live together. However, this did not stop them for a lifetime maintain a surprisingly sincere and cordial relations. Until his last days Sarra worried about the health of the artist and visited him.

And this is how the famous artist AG Tyshler remembered her: “I remember Sarra blond, blue-eyed, plastic tightly knit, as sculptors say, streamlined… She was like a statue of pale pink marble. Quiet, slowly, she moved in space, as if an invisible being transferred her gently from place to place to avoid dropping… ”

Formed as an artist in the 1910s, Lebedeva, strangely enough, unlike many sculptors avoided avant-garde enthusiasm of the time. She attended classes at the Drawing School of the Society of Professional Artists (1906-1917), and studied painting and drawing at a private art school-studio of M. Bernstein and L. Sherwood (1910-12). And after that, she studied sculpture directly in the studio of Sherwood (1912-14). Besides, worked briefly in the sculpture studio of V. Kuznetsov. At the same time, she made a trip to Europe. The study of ancient and Renaissance sculpture in Paris museums, Berlin and Vienna strengthened her classical orientation, allowing simply not to notice the creators of contemporary art.

Meanwhile, at the turn of the 1910s and 1920s, the activities of Lebedeva were diverse. In particular, she not only engaged in sculpture (on the plan of monumental propaganda created a bust of Jacques Danton, and the bas-relief portraits of Herzen and M. Robespierre), and participated in the design of “Windows of ROSTa”. In addition, worked as a theater artist (play by Plautus “Twins” in the First Petrograd municipal troupe) and taught at the Petrograd sculpture and art workshops (1919-20).

As a sculptor she was interested in different materials – from metal sheet (“Bull”, 1922) to the porcelain (“floor cleaner” and “Seed seller”, 1922-1923). Besides, further her cooperation with the Leningrad Porcelain Factory and the Konakovo faience factory will become permanent. However, long-term work in small plastic (porcelain, earthenware, majolica), important for the feelings and sensations of the genre forms, as a result has developed into a kind of branch of her art. However, the main thing was the portrait.

Noteworthy are her portraits of representatives of time. In particular, the people of the victorious revolution and future statesmen. Among them – L. Krasin, A. Tsuryupa, P. Dybenko, NV Krylenko, Dzerzhinsky, P. Postyshev, and VA Antonov-Ovseenko. As well as heroes, about whom knew the whole country – V. Chkalov and A. Stakhanov). And also famous actors, artists and writers – Vsevolod Ivanov, Vera Mukhina, Mikhoels, Knipper-Chekhova, Vladimir Tatlin, and N. Udaltsov). 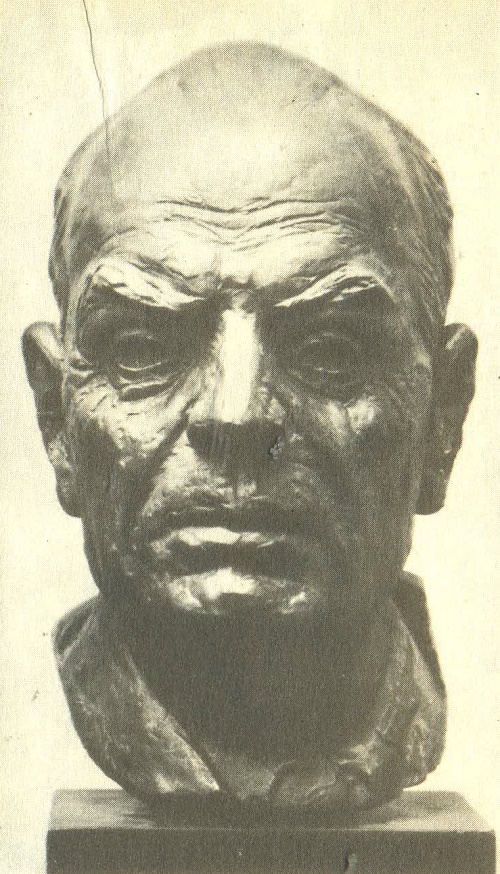 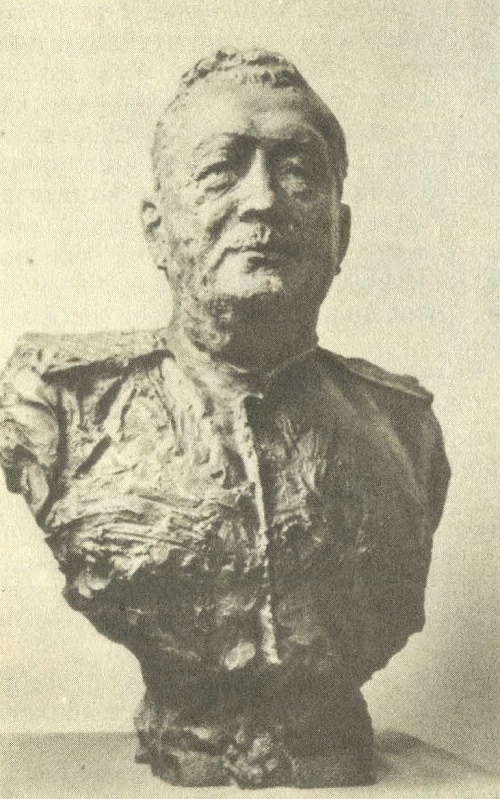 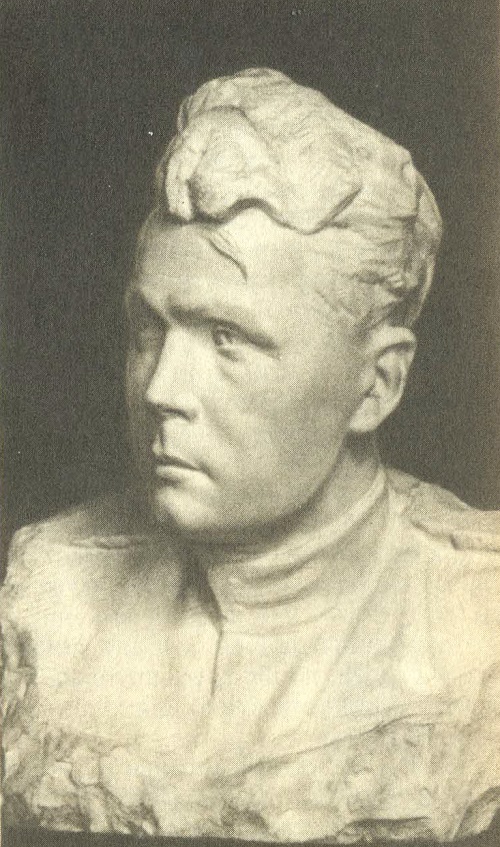 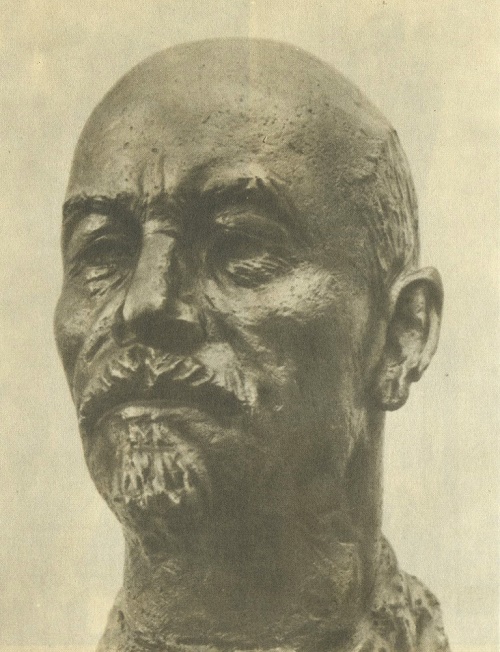 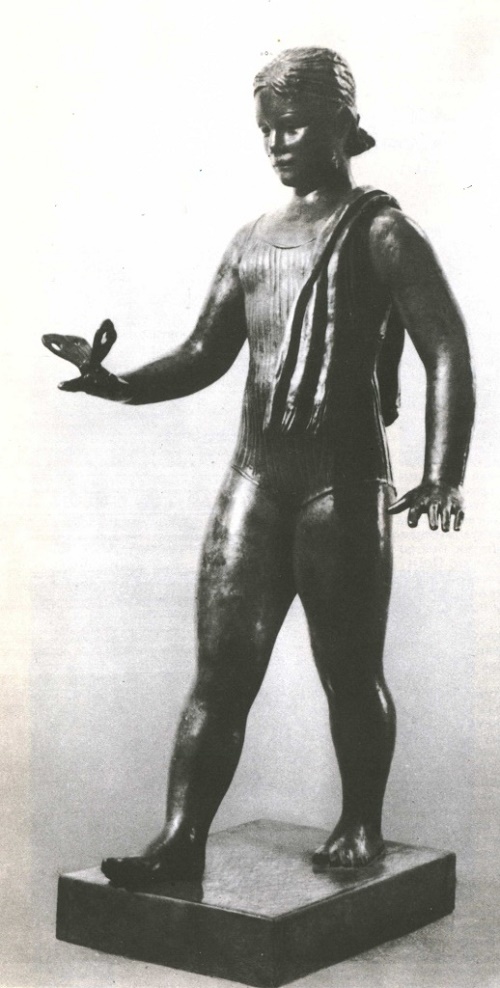 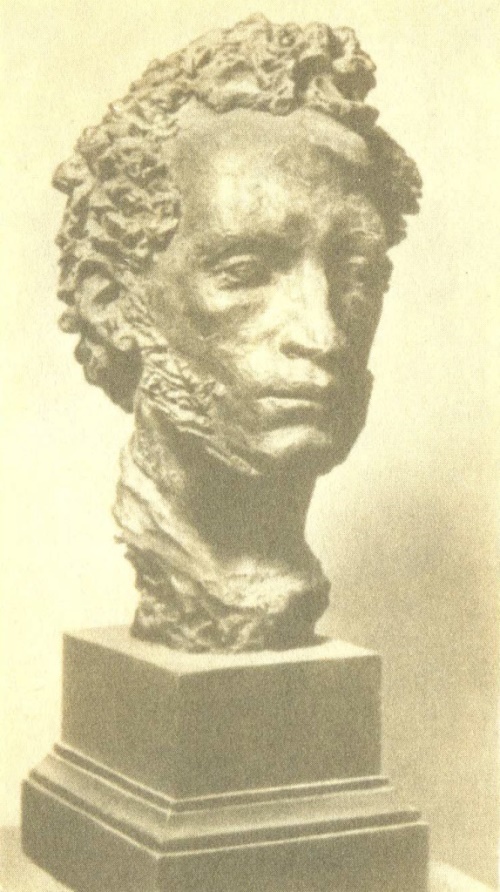 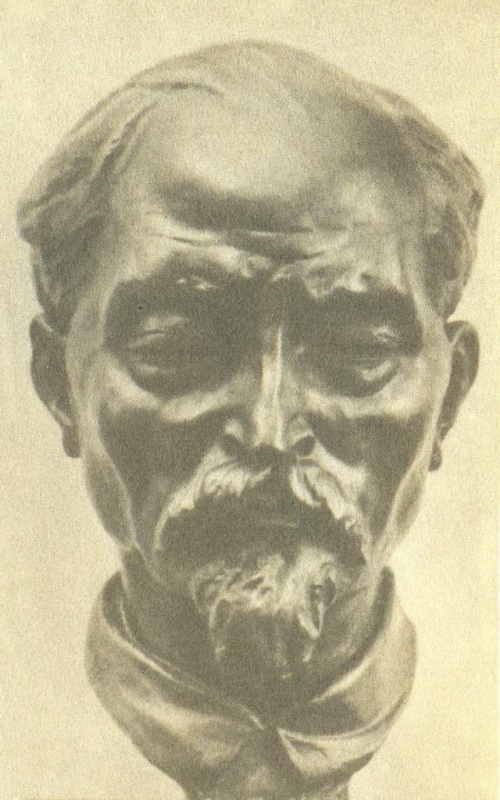 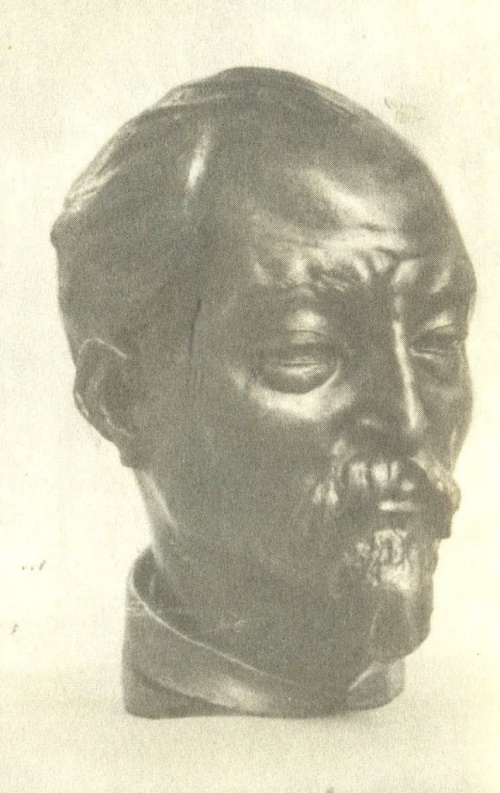 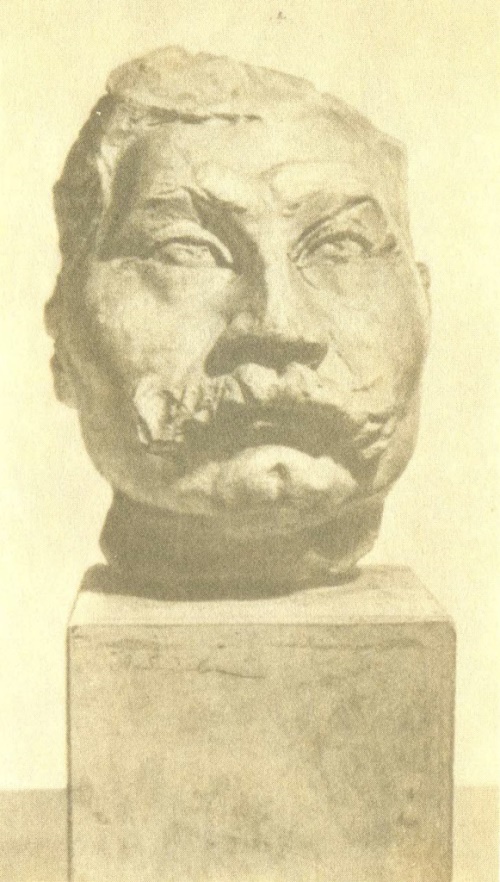 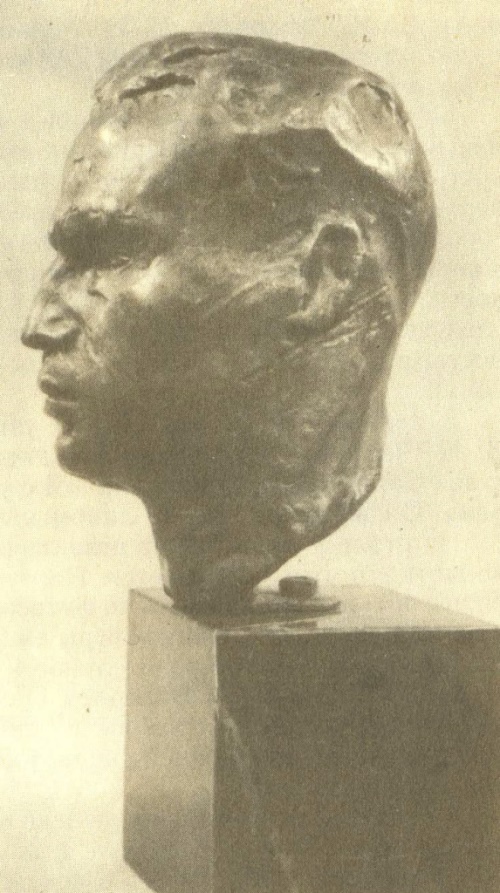 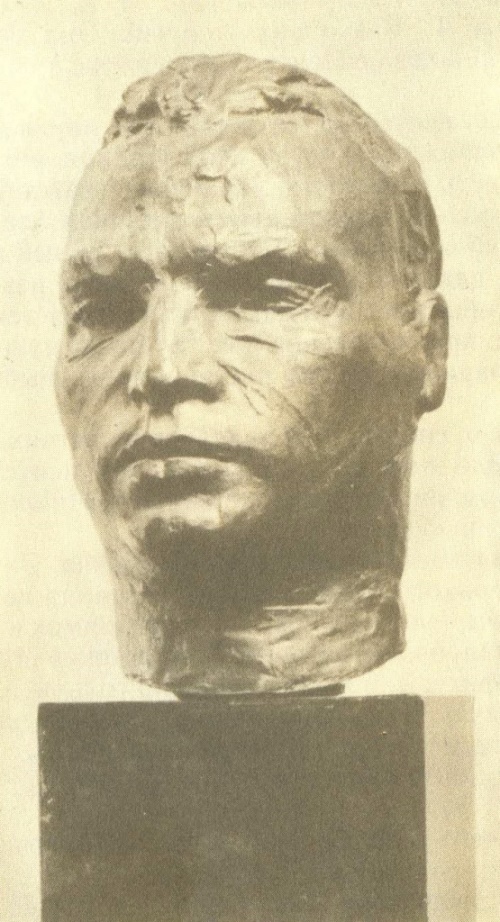 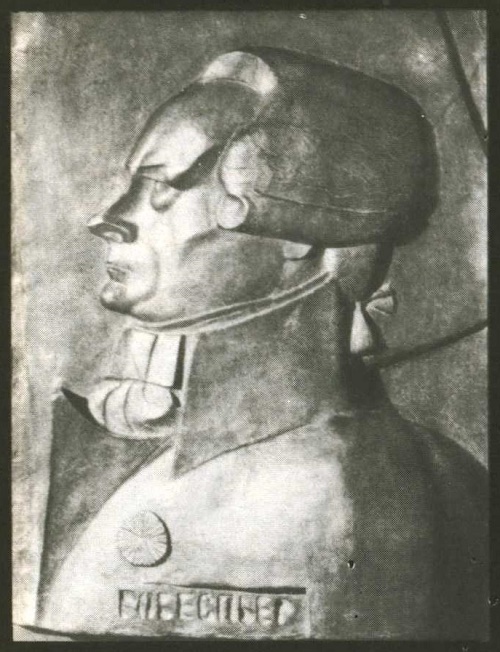 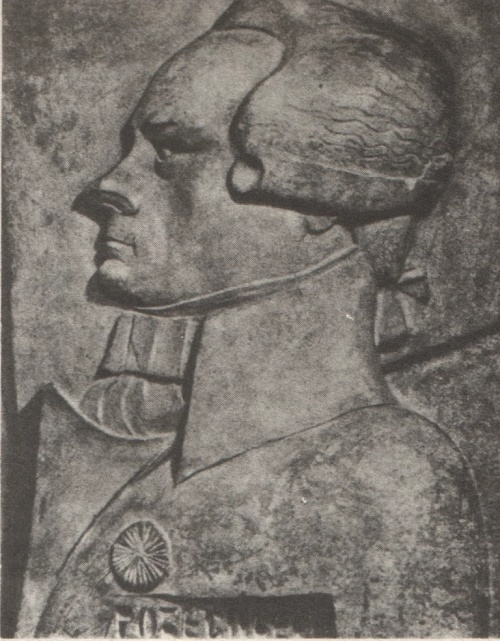 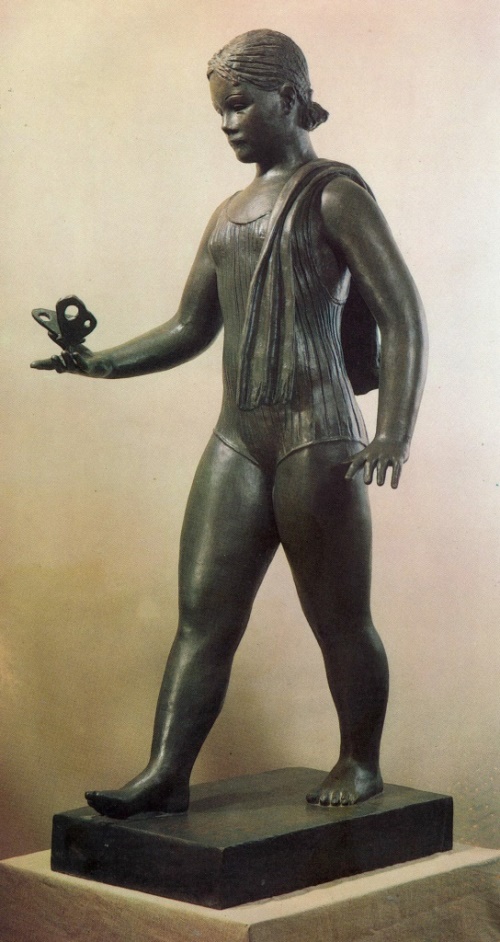 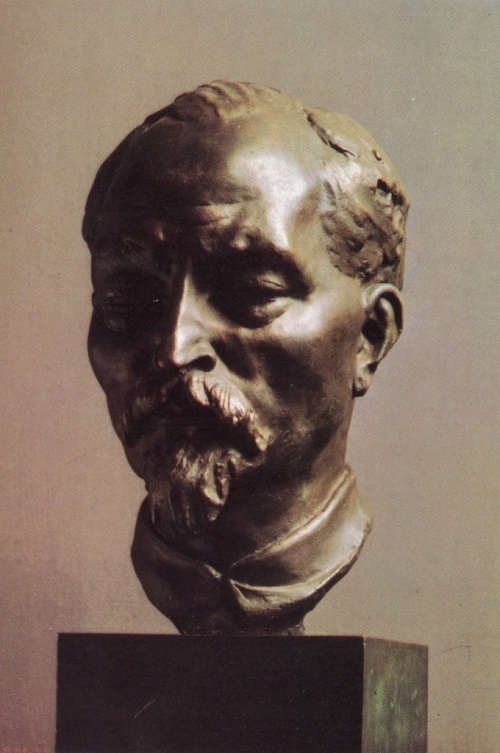 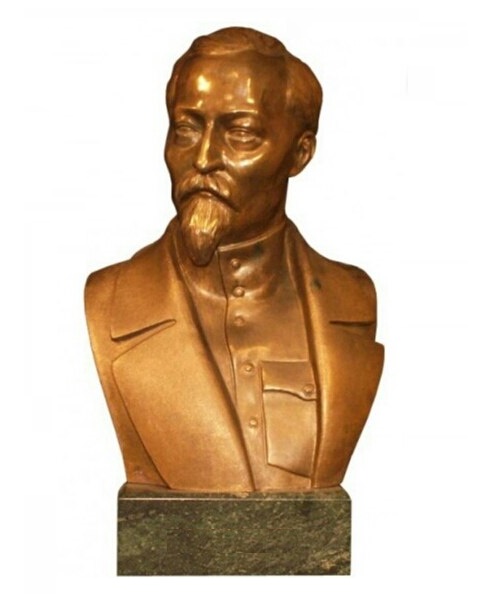 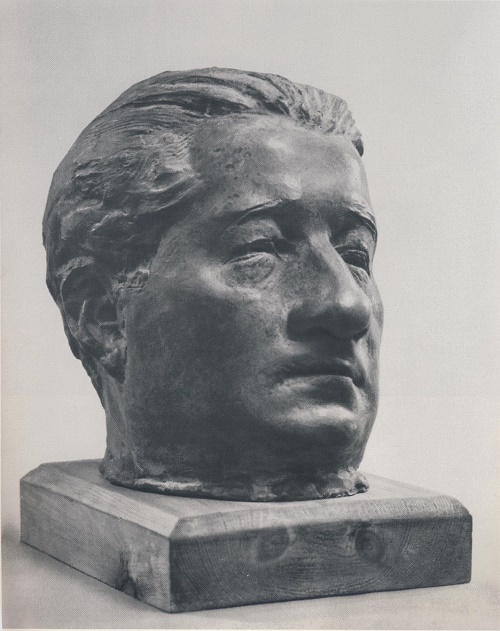 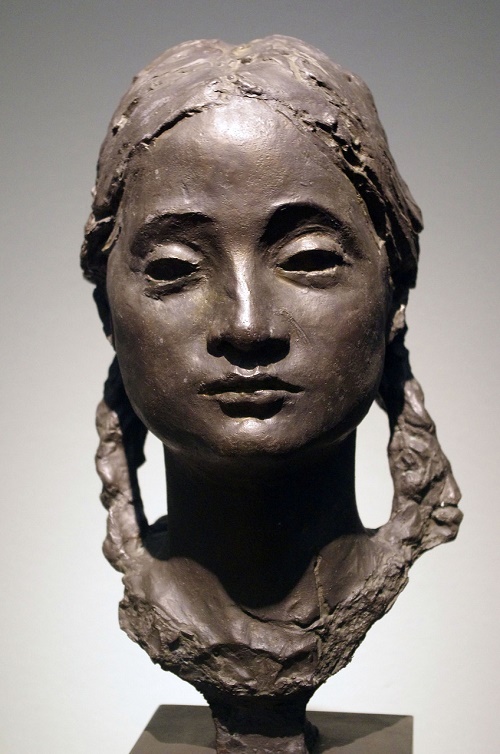 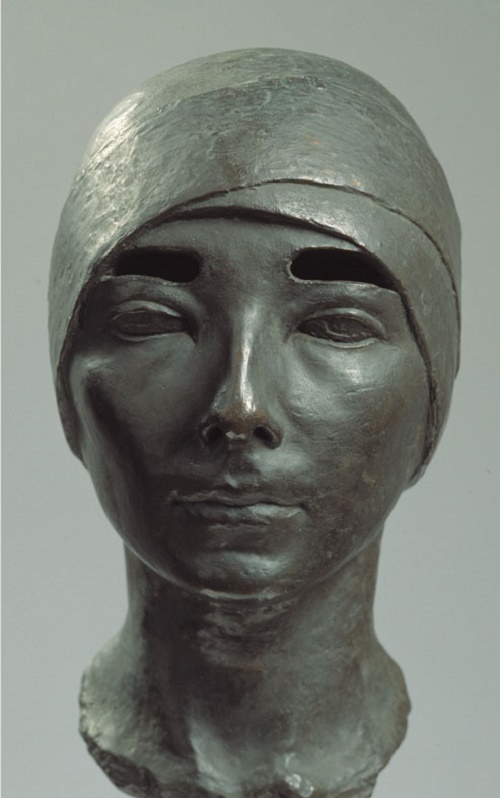 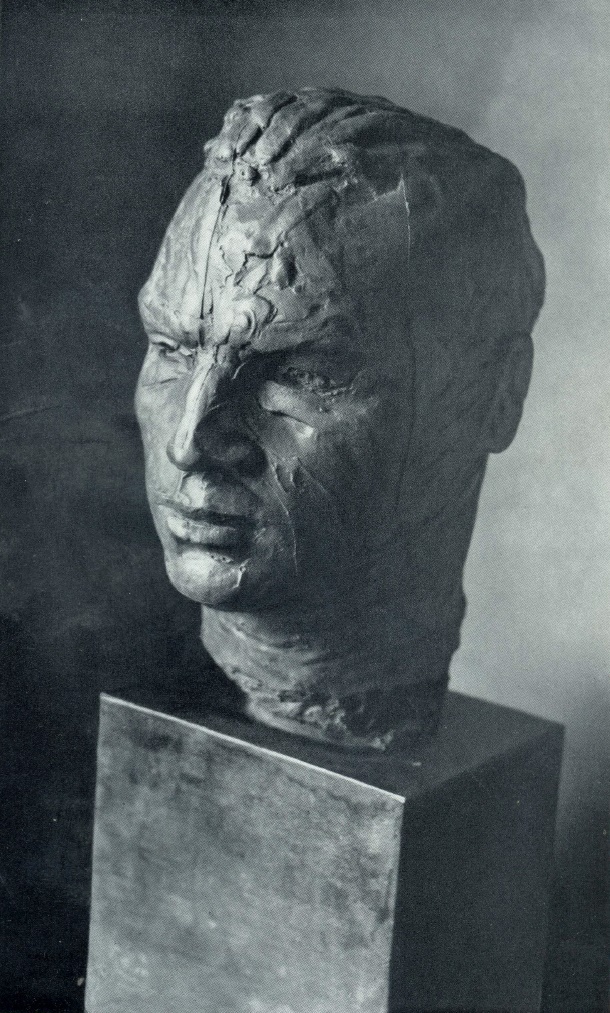 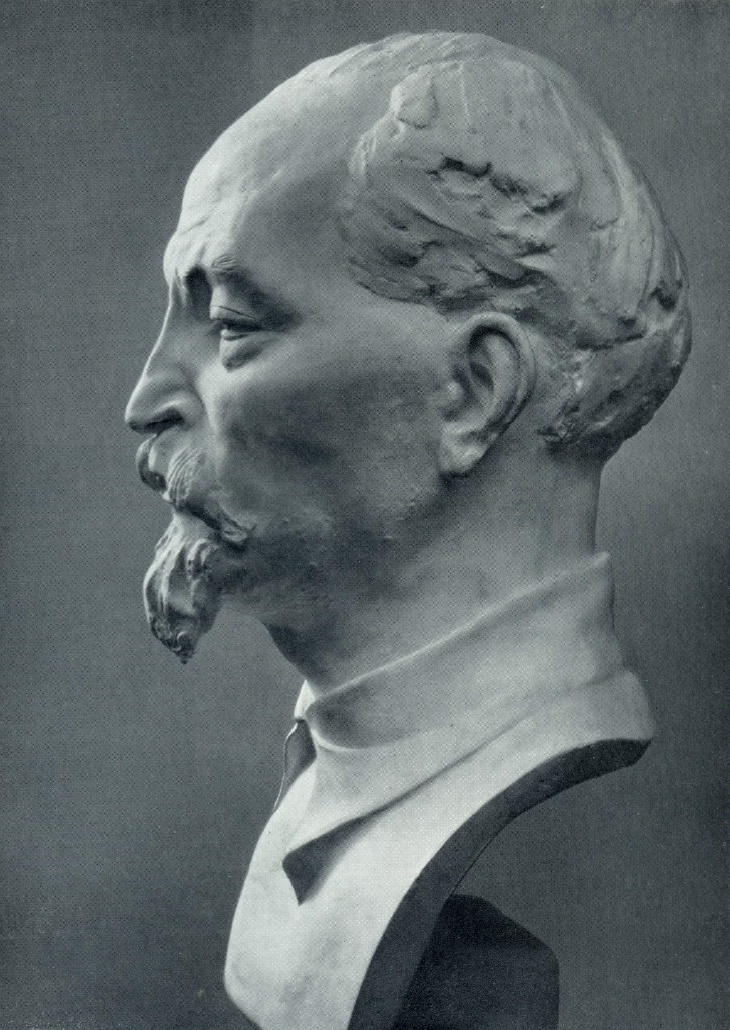 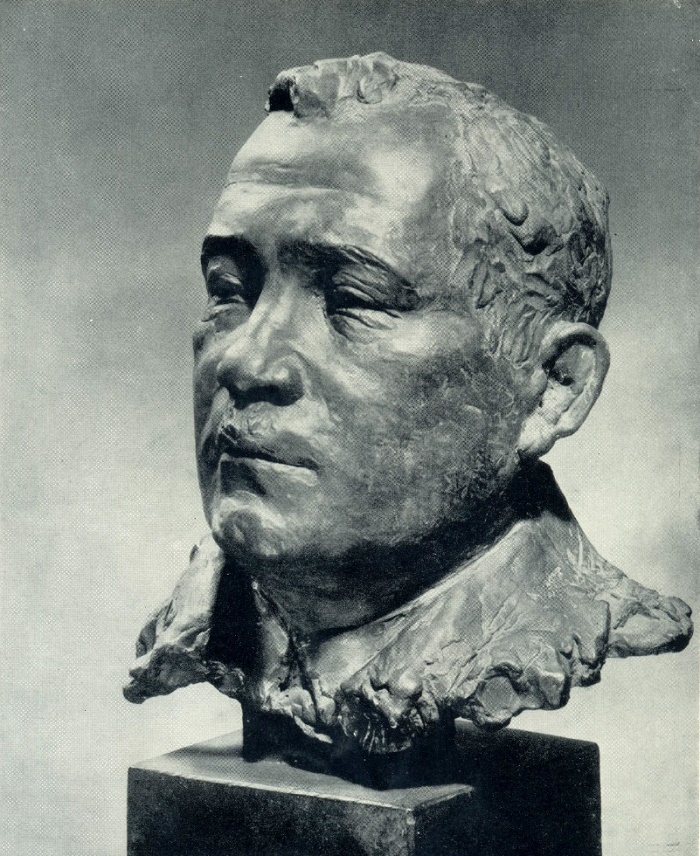