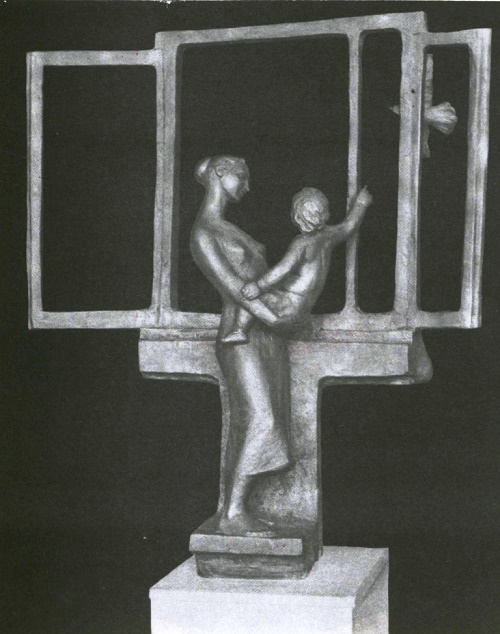 Soviet Russian sculptor Vyacheslav Malyshkin
Vyacheslav Malyshkin graduated from Moscow State Art Institute named after Surikov, the Faculty of Sculpture. Immediately after graduation the young artist began to work on his own, and became a member of the USSR Union of Artists. In addition, he began teaching. In particular, for many years has been teaching at a children’s art studio in the Sverdlovsk district of Moscow. Demanding from the young pupils serious attitude to work, Malyshkin himself is a hard working and responsible. For a whole year he can create no more than one or two sculptures. As before, the direct implementation of the plan anticipates the full-scale laborious work with pencil and paper. As a result, his works decorate the halls of the Tretyakov Gallery. 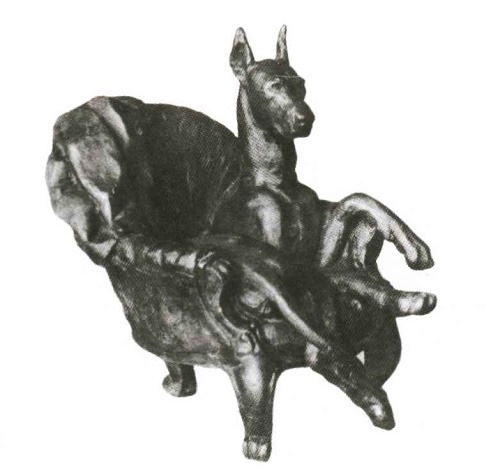 Dog in a chair – a seemingly real, live dog, nestled in the warm leather seat. And at the same time, it is a rich in emotional shades artistic image. The image of the good relations of man and beast, the reliability of the home, of faith in the life-giving forces of nature. The theme to which the author took so touching and heartfelt, matured in his soul since childhood. As a boy, he went for a walk, and often returned with another homeless dog or cat. And of course, always loved to draw and sculpt animals. And now, when the artist has his own family – his wife and three children, in their apartment live pets and aquarium fish.

The image of nature in the work of the Moscow sculptor Vyacheslav Nikolaevich Malyshkin is only part of a large, constantly enriched with new finds topics. This is the theme of the original goodness and creative will of man, a happy youth, the natural tendency to peaceful labor, beauty, and creativity. Particularly interesting are compositions with women – reading, embroidering, and images of mother, wife, and mistress.

Meanwhile, the range of revered by Malyshkin masters is wide and rich. Thus, among those from whom he is constantly studying, he called Michelangelo, Donatello, the great Greeks, the authors of the altar of Zeus in Pergamum. But among Soviet and Russian artists especially dear to him are Ivan Martos, Paul Troubetzkoy, Alexander Matveev, and Sergei Konenkov.

In addition, there were teachers and mentors, who explained and demonstrated, praised and criticized, took by the hand and helped to go further. First of all, Malyshkin remembers his mother. In general, she was far from the art, however, beautifully embroidered, sensitively perceived all that is beautiful and strongly encouraged even weak, fragile son’s interest in drawing. One day, in the courtyard of he saw a man, cutting something from wood. It was sculptor Dmitry Polyakov, who awaken love to plastic and to this day remains true senior fellow and a teacher.

However, at first at the Moscow Art School Vyacheslav engaged in painting. But later he opted for sculpture. In the Surikov Institute Vyacheslav studied nudes, anatomy, laws of space, and did a lot of drawing. Only when the obtained picture really promised an interesting development in the plastic, he began sculpting.

While still a student, he created the sculpture, worthy of exhibition. It is not by chance a year of graduation (in 1976) he became a member of the academic youth exhibition. And then, the traditional exhibition at the Academy of Fine Arts were a constant creative report to him. And his thesis “Resting welder”, prepared in the workshop of Mikhail Fedorovich Baburin, had more notable features of his influential teacher – the remarkable Soviet sculptor. 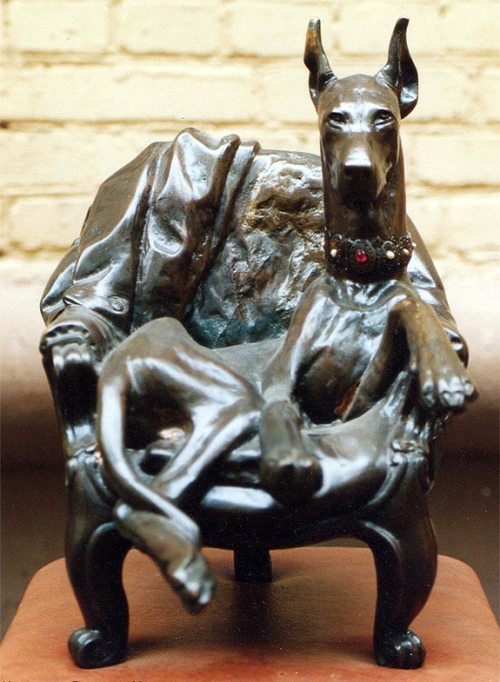 Dog in a chair 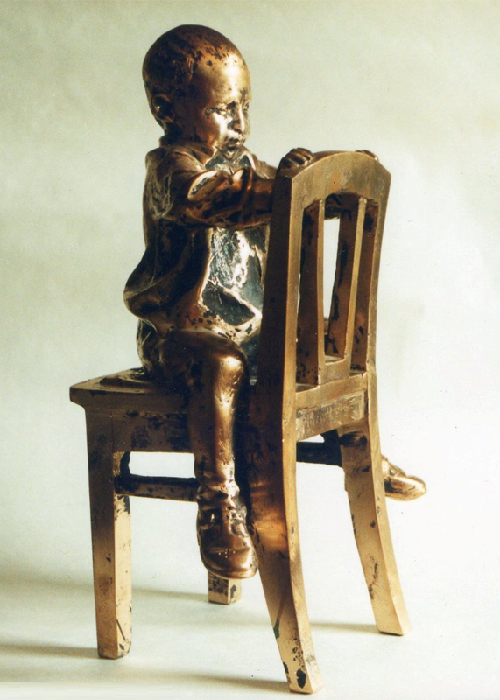 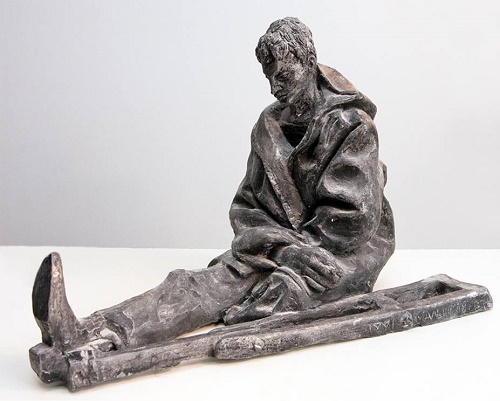 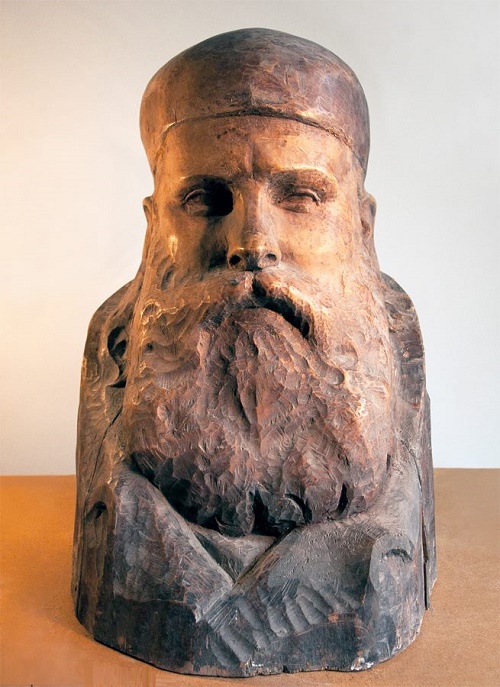 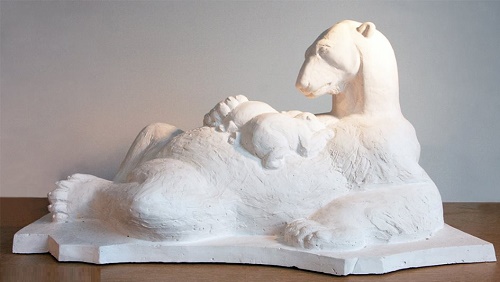 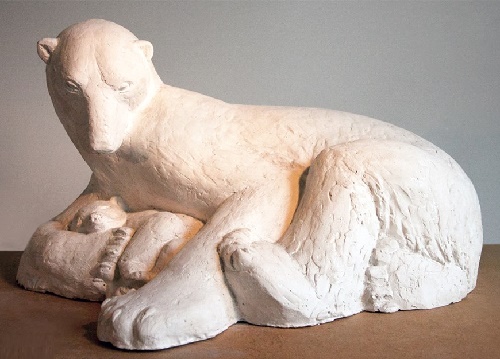 Polar bear with a cub 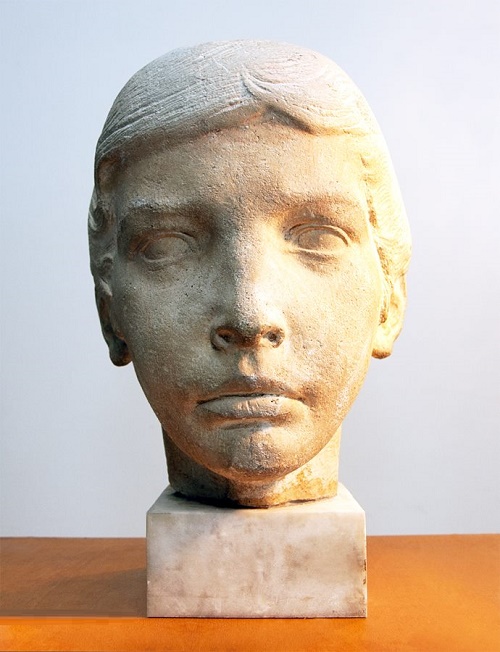 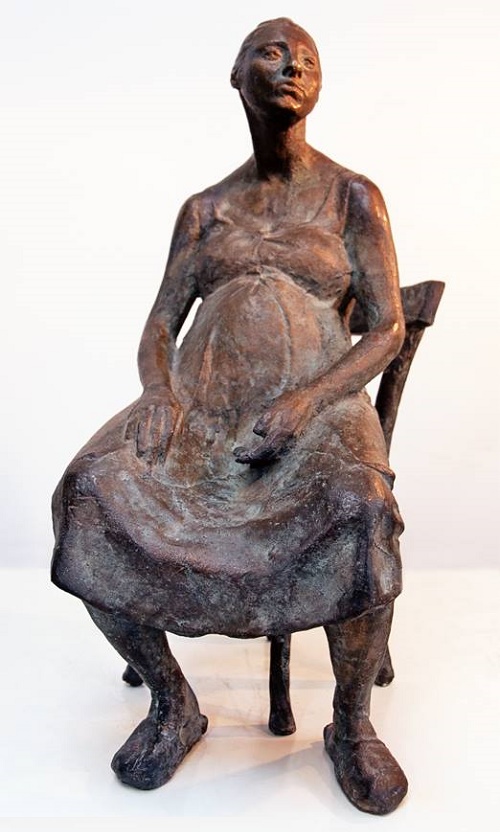 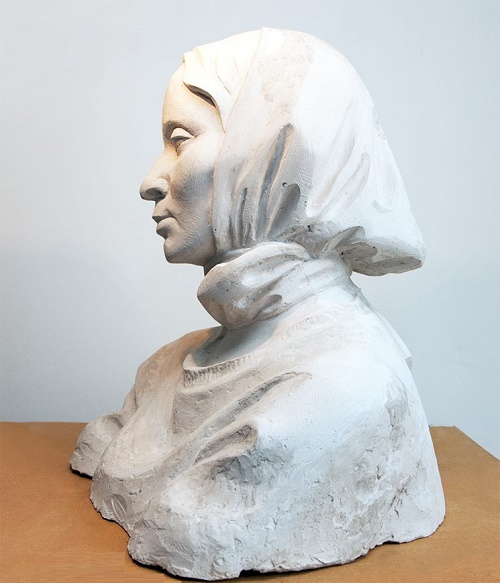 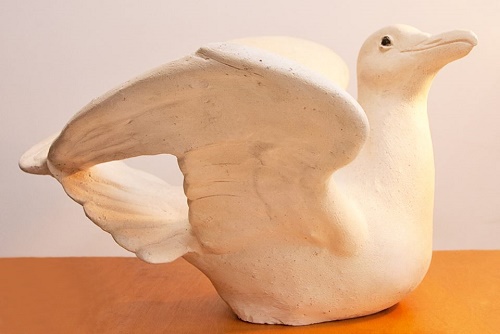 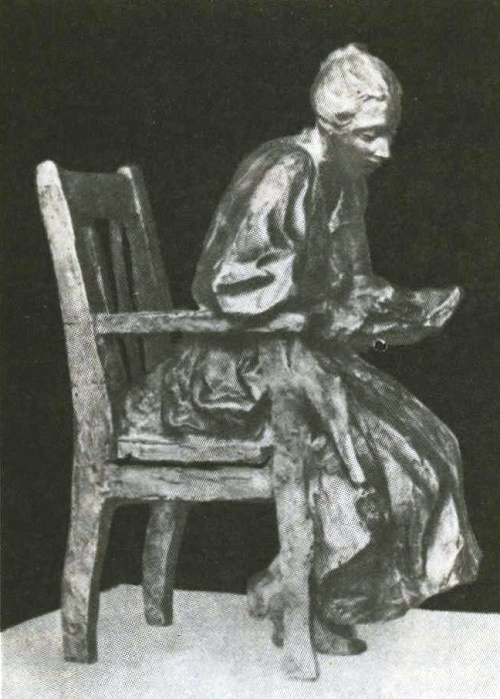 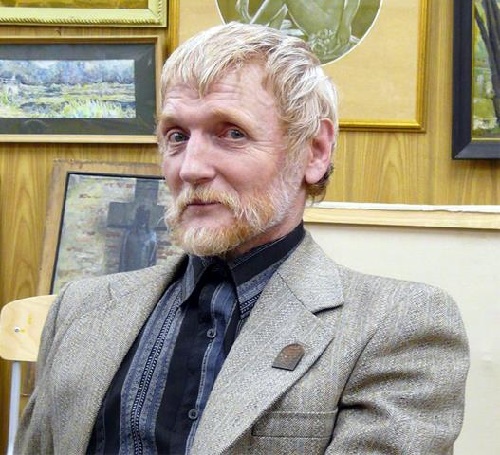 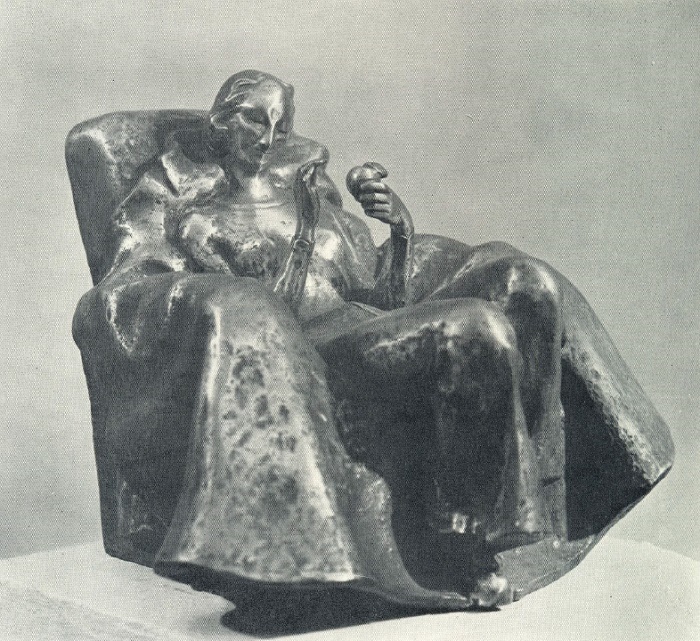