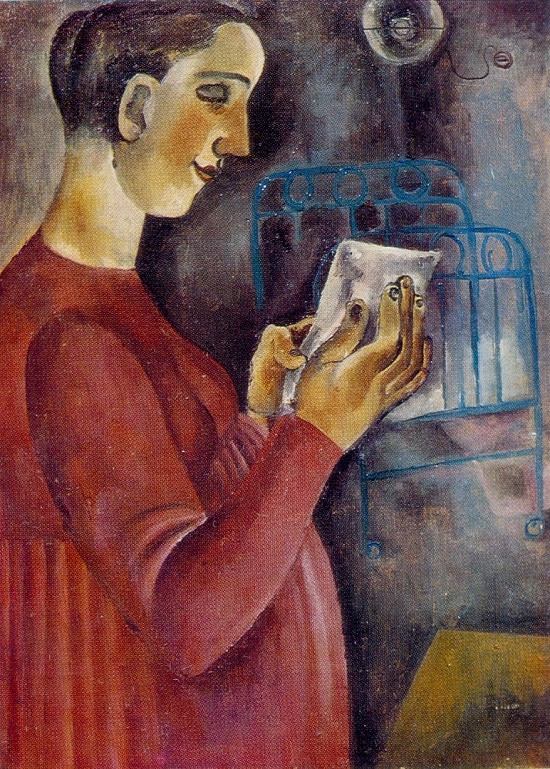 Born in 1942, Ksenia Nechitailo graduated from the State Art Institute named after V.I. Surikov of the USSR Academy of Arts, with honors. Member of the USSR Union of Artists since 1969, her paintings are in the State Tretyakov Gallery, the State Russian Museum, the art galleries of Orenburg, Vologda, Perm, Krasnoyarsk and other cities.
In one of her first paintings “Letter” (1967) the artist most frankly “expressed” her fascination with Russian art of the early twentieth century. An uncomplicated plot, a rough deformation of a a woman’s figure reading letter, ridiculous, at first glance, combinations of colors – all this resembles the “folk-tray style” of neo-primitivistic portraits. In such a frank demonstration of the beloved aesthetic prototypes, we see a kind of challenge to the modern pictorial school, and the artist’s right to be fascinated with the style of the past. 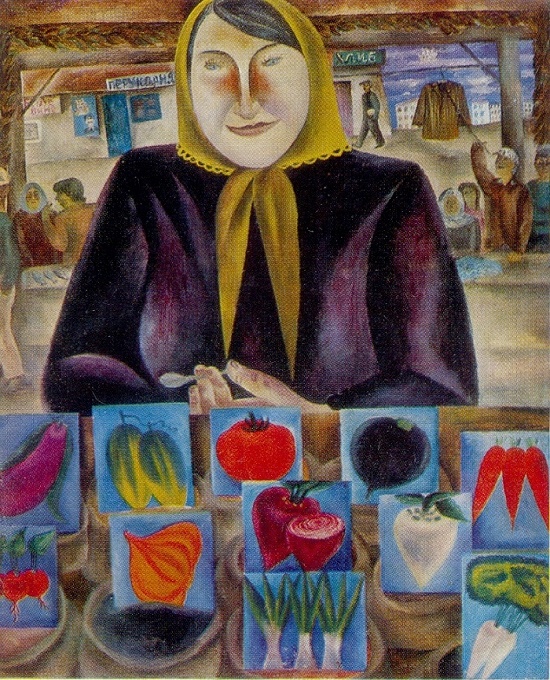 Some of the young Soviet artists who entered the artistic life of the late 1960s and early 1970s were under the aura of neo-primitivism. The time saturated with the discoveries of post-revolutionary Soviet painting and many bright phenomena of national and amateur creativity. These young artists continued to search for traditional aesthetic values in their own way. However, each of the “folklorists” was looking for his own special pictorial language.

But Nechitailo is not long in captivity of historical and artistic reminiscences. She is a painter, modern in essence her vision, and she is open in relation to the artistic process of today.

Even most insignificant events inspire the artist. Scene at the resort or in the Yalta market, relatives waiting for the young couple from the registry office, the return of the brother from the army. She as if wishes to emphasize, that the true and enduring beauty is peculiar to the most daily-habitual parties of an eternal way of life.

An example is the “Market in Yalta” (1970-1972). A picture that reveals an interest in aesthetics lubok, as if returning a thing and a phenomenon to their original essence, primordiality. Almost the entire canvas is occupied by the figure of the woman, who sells seeds. Behind her – the shops and rows of the provincial market.

The work of the artist is an ironic smile, inviting not to ridicule, but rather to admire the ingenuous immediacy of people who sincerely and undividedly give themselves to work and fun. In this case, the characters of Nechitailo look at themselves and their lives with genuine rigor and at the same time, with the inherent simplicity of the people.

“A group portrait of artists in Crimea on the occasion of the celebration” – a work that is fundamentally important for understanding the work of Nechitailo. This is a self-portrait, introduced into a group portrait, and a genre scene in the background of the southern landscape. It is a symbolic depiction of the world in which the artist lives, in which she reigns as a kind of goddess of fertility. The composition consists of two parts. The right side, academically built, has its own psychological collision. Colorful figures of friends-artists closely grouped in the closed space of the foreground. The small profile figures of the artist’s daughters clearly appear on the light background of the conditional far Crimean landscape. 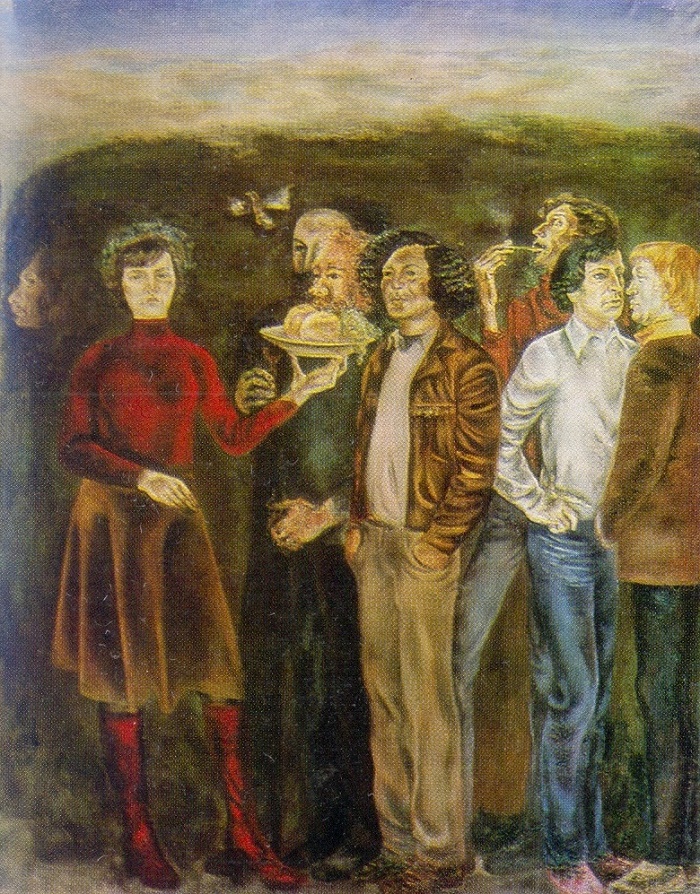 A group portrait of artists in Crimea on the occasion of the celebration. 1977 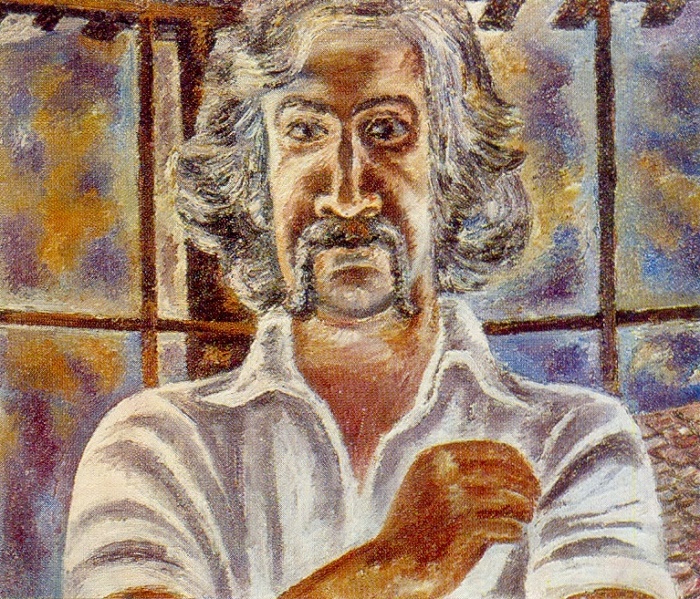 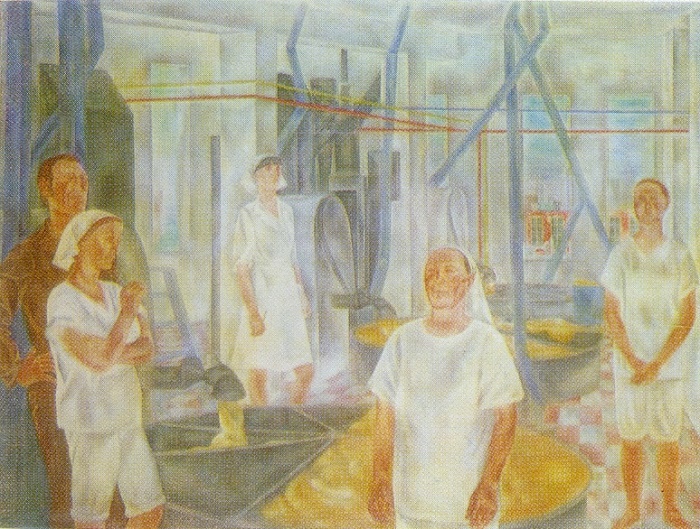 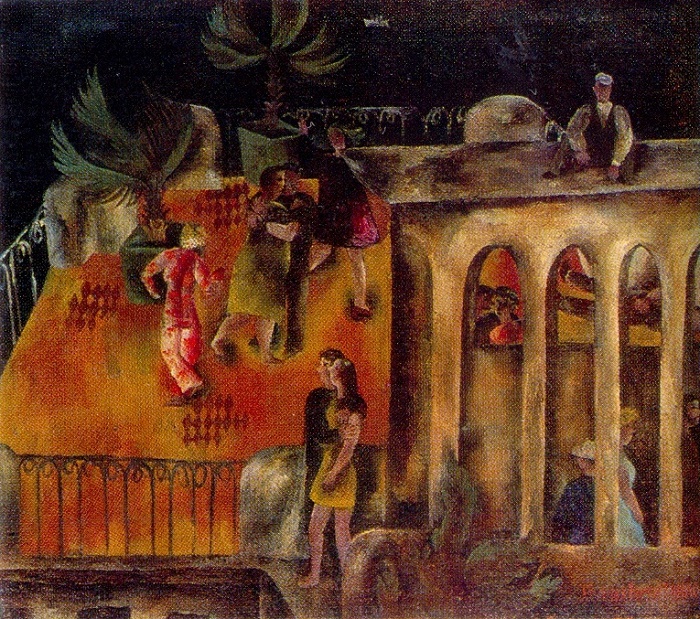 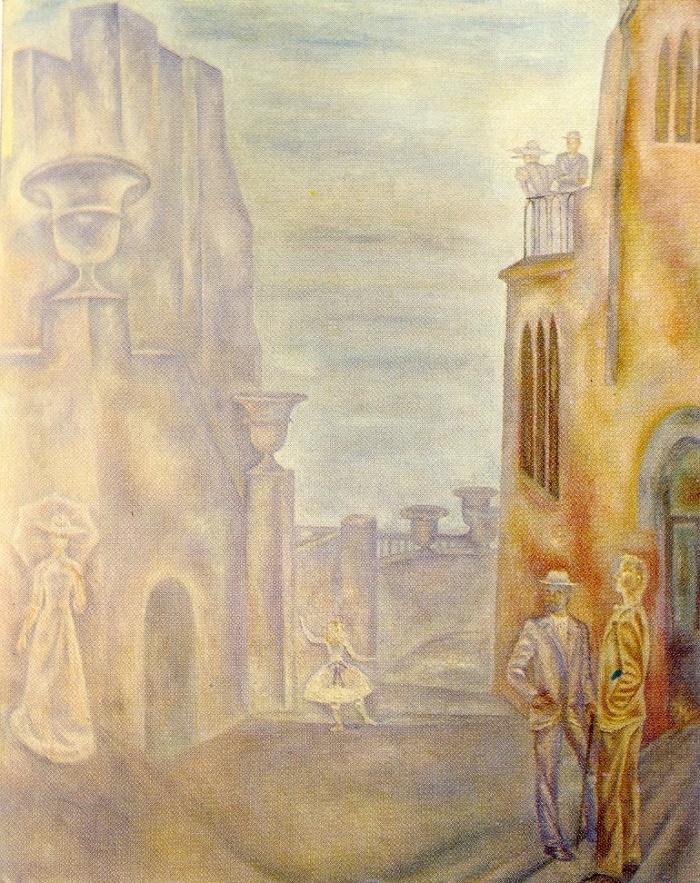 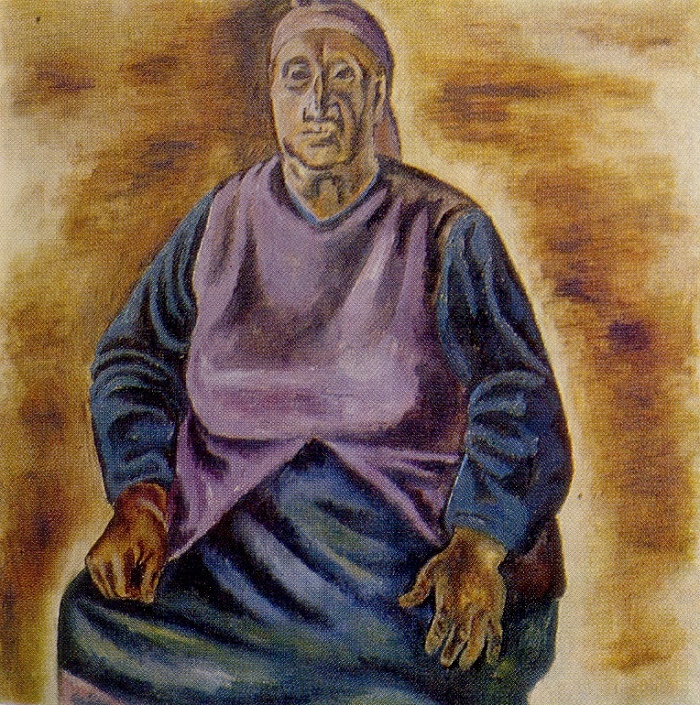 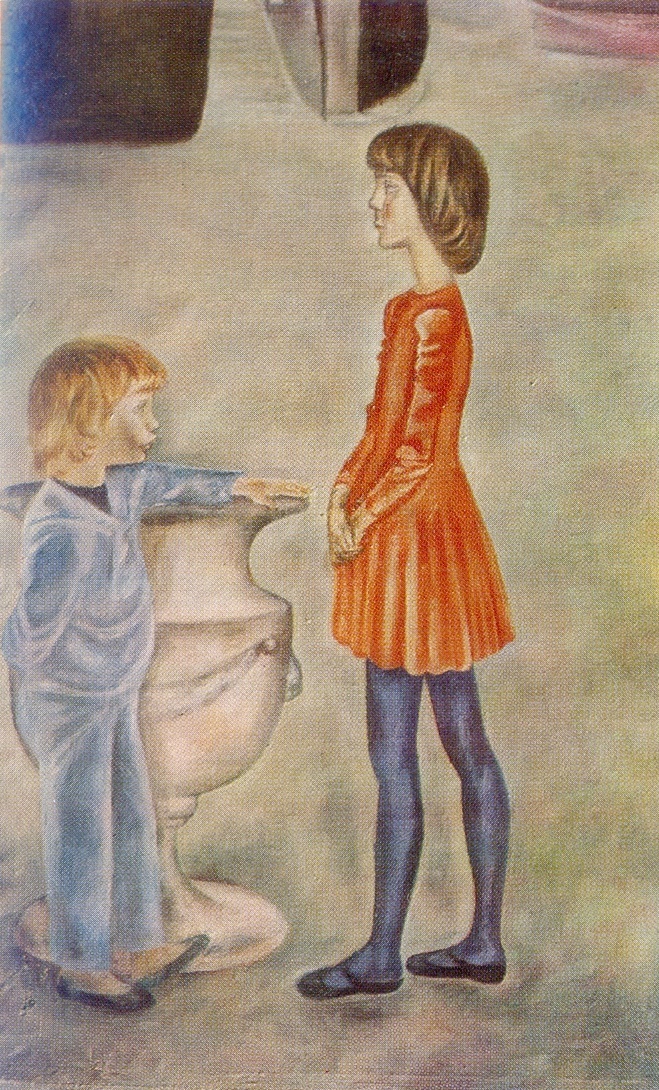 Group portrait of artists in Crimea durung the festival. 1977, detail 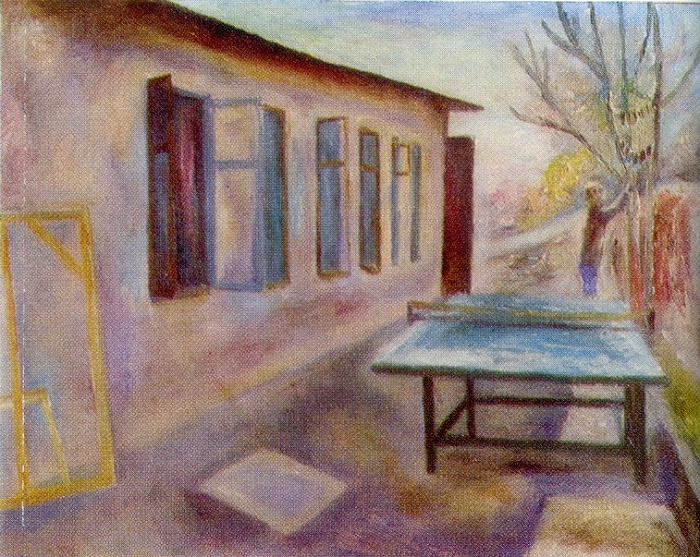 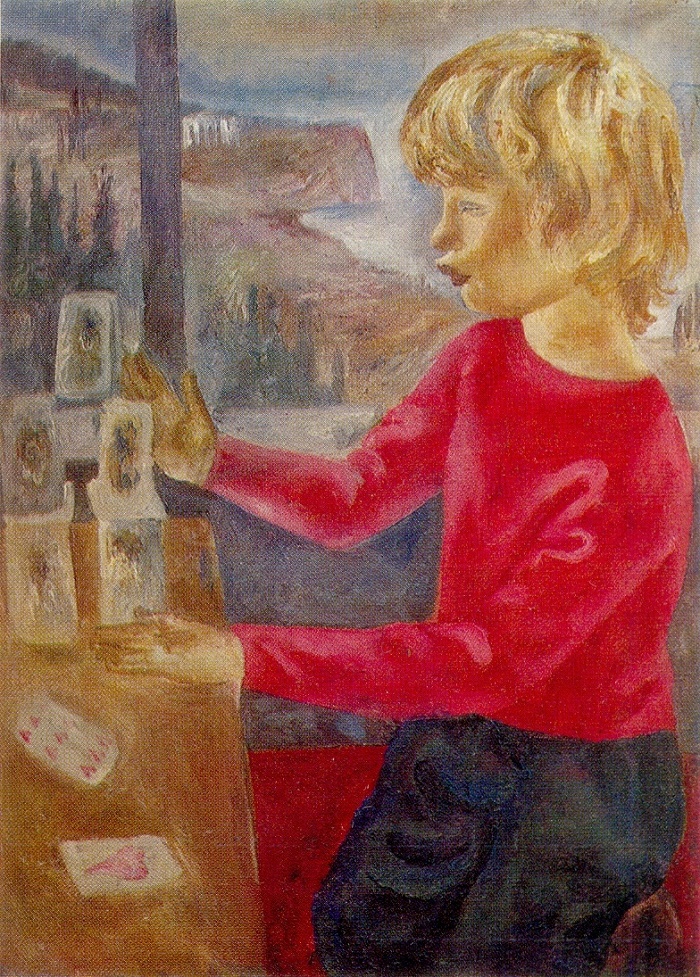 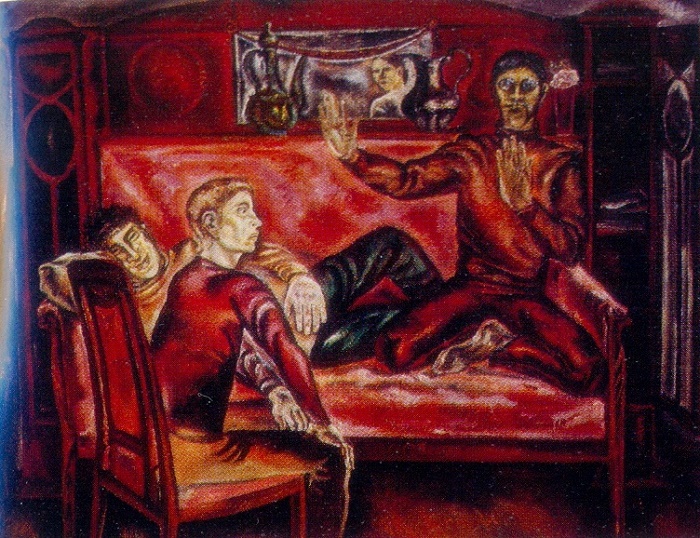 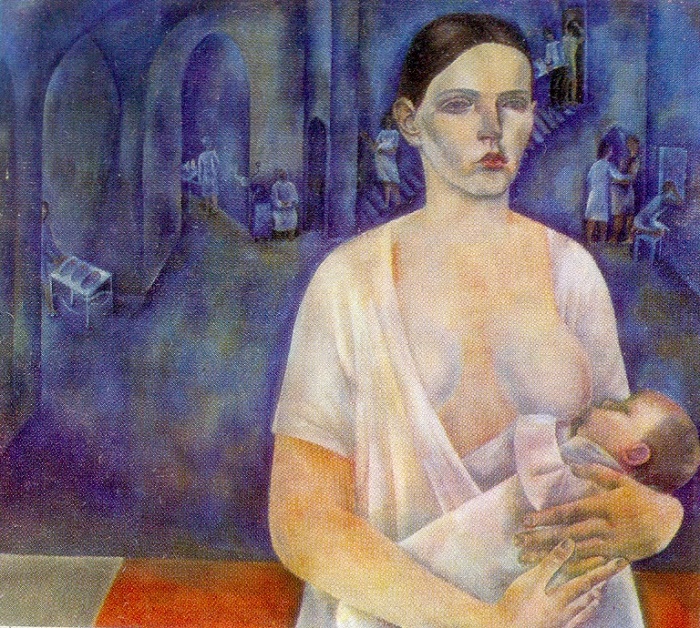 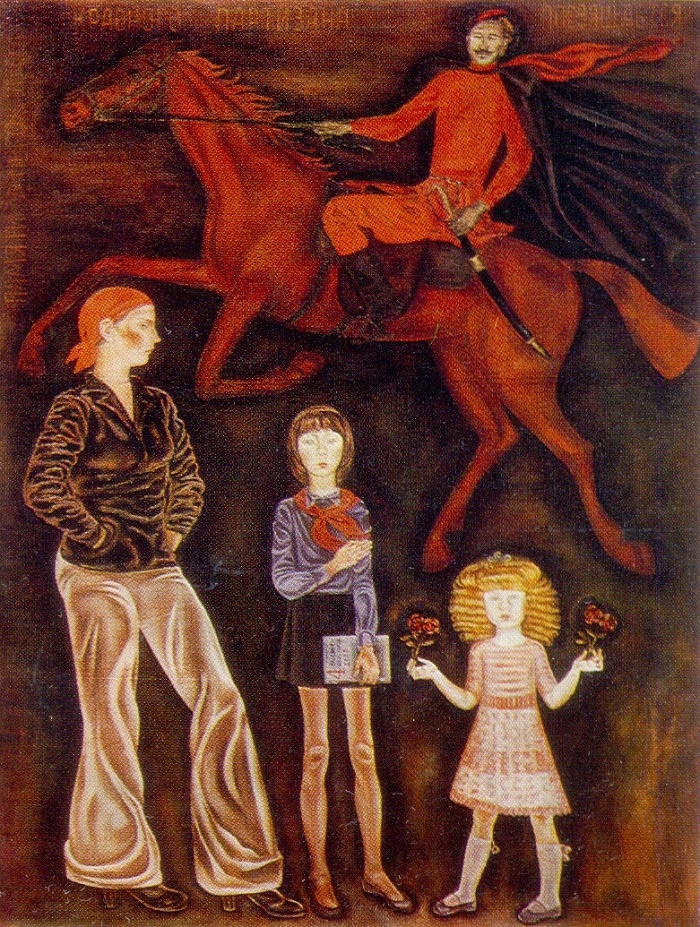 Memories of grandfather. 1977. Oil on canvas 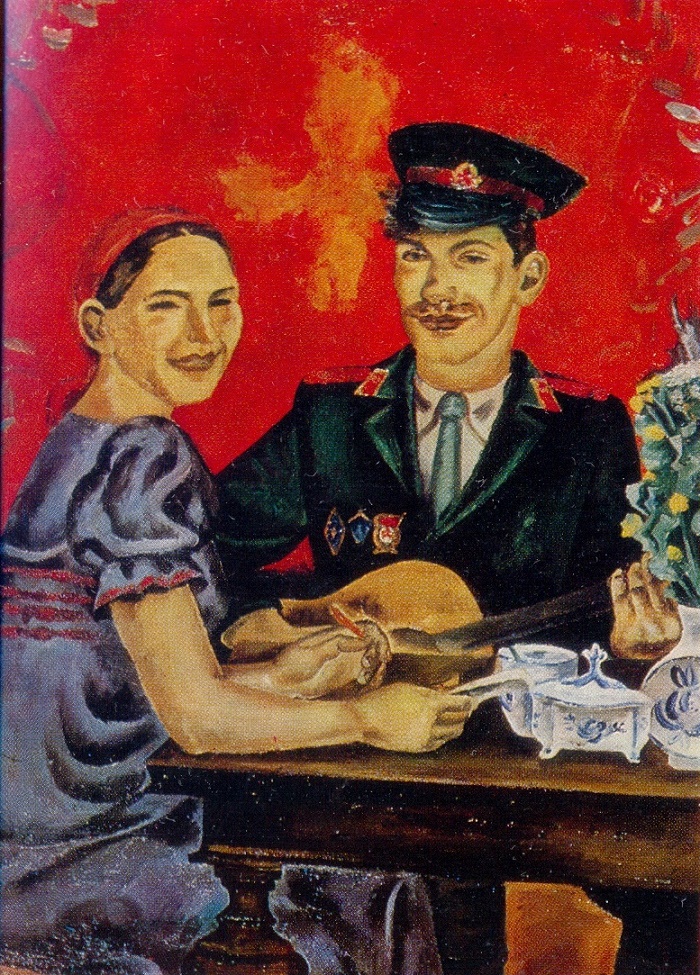 The brother has come from the army. 1975. detail 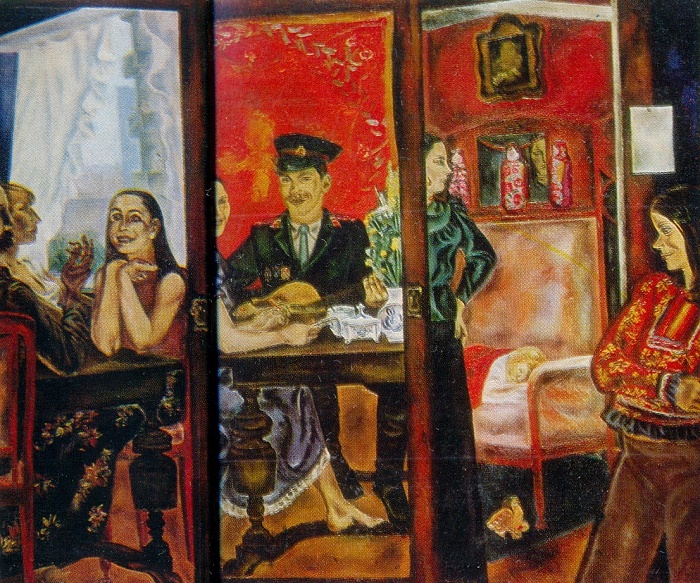 The brother has returned from the army. 1975. Oil on canvas. USSR Union of Artists 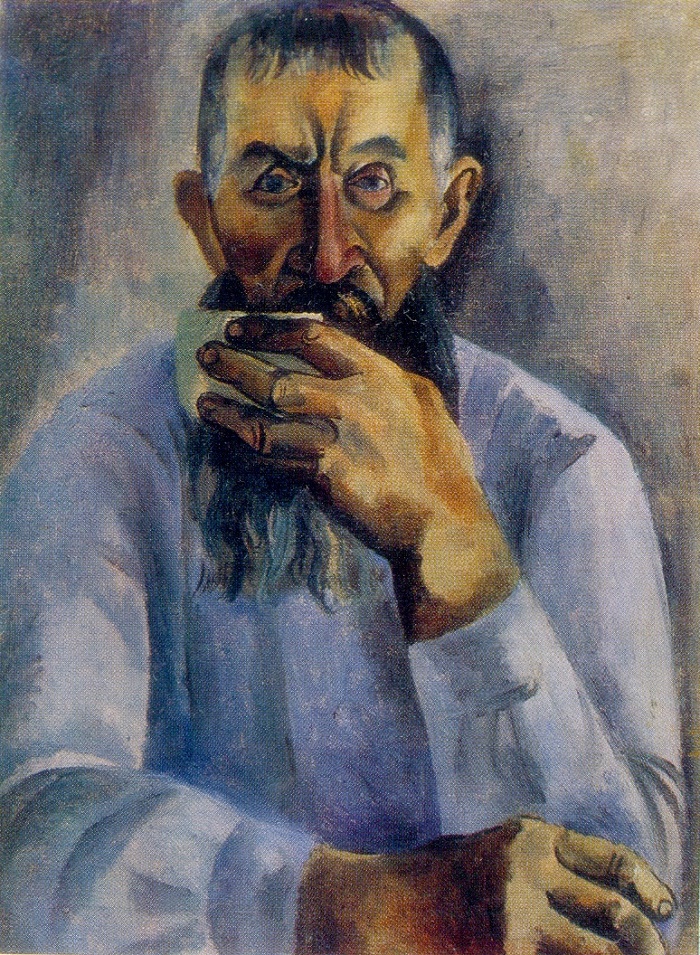 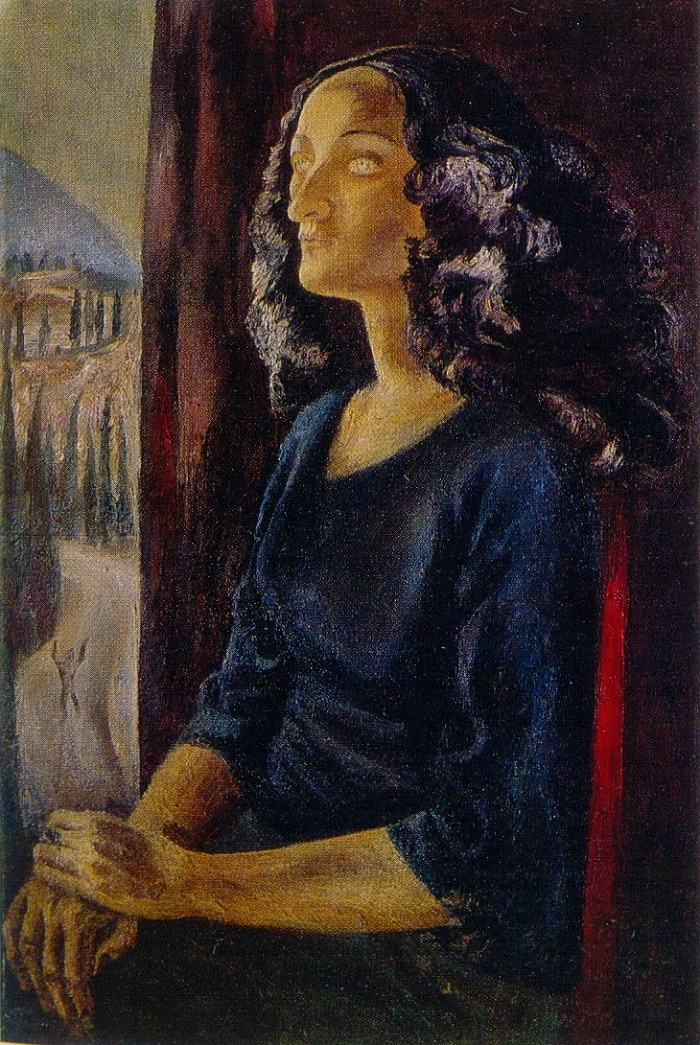 Portrait of pianist. 1977. Oil on canvas 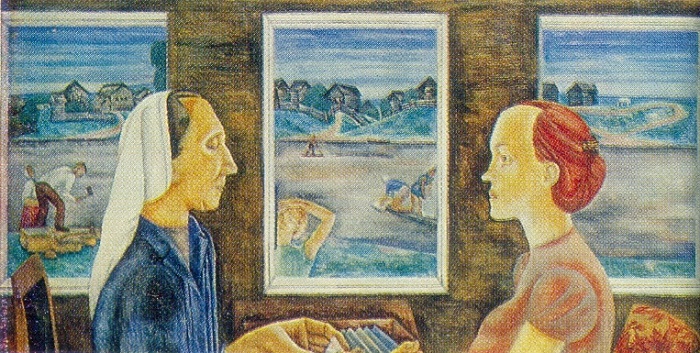 Post office in the village of Navoloka. 1972. Oil, canvas 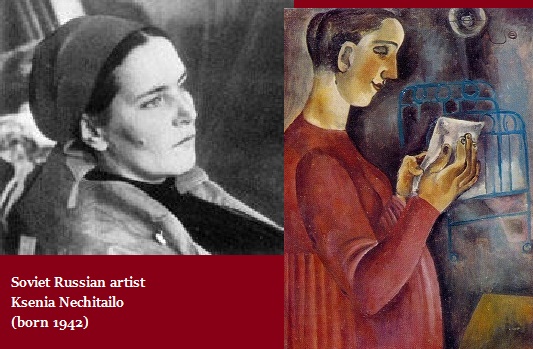 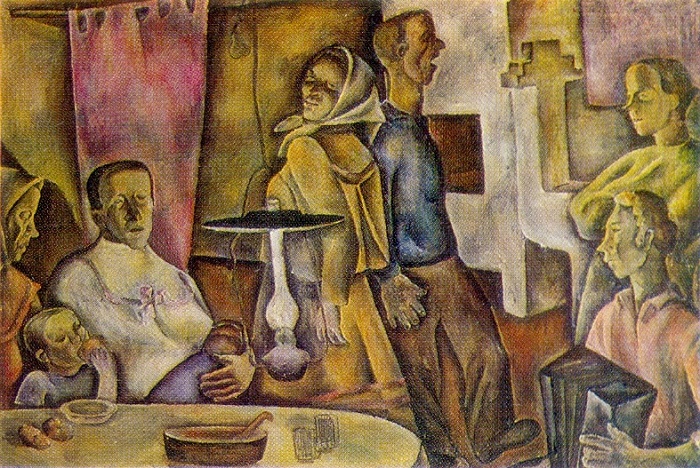 The Vologda chastushki. 1969. Oil on canvas 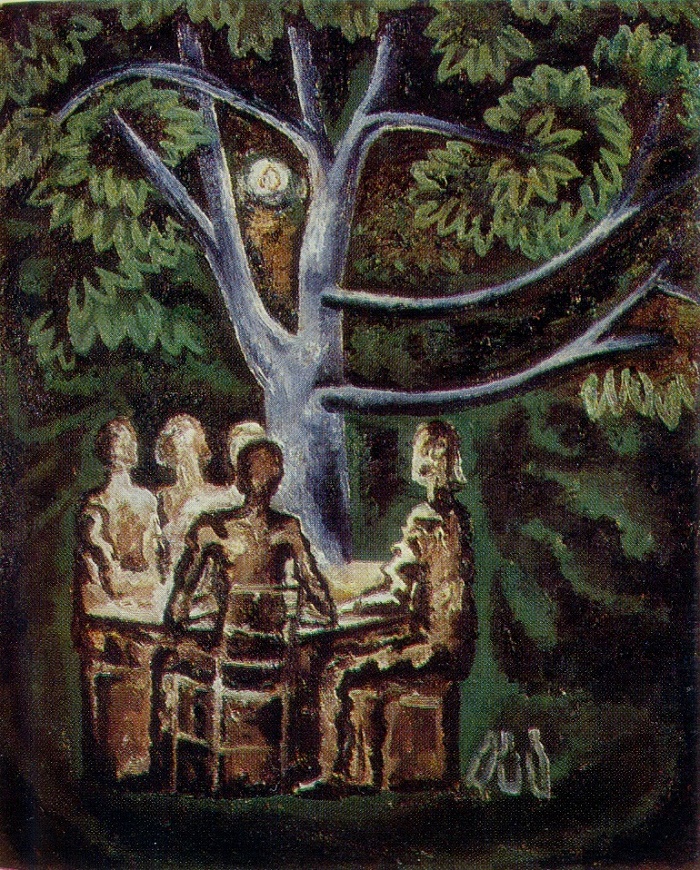 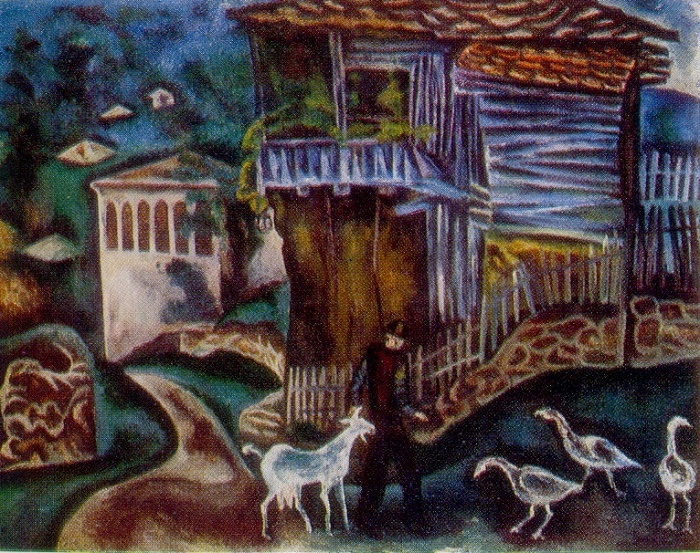 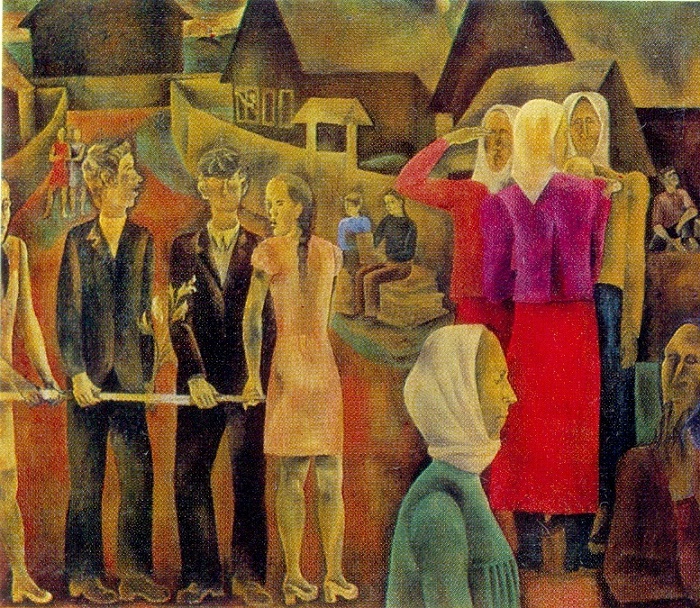 Waiting for young people from the registry office. 1971. Oil on canvas