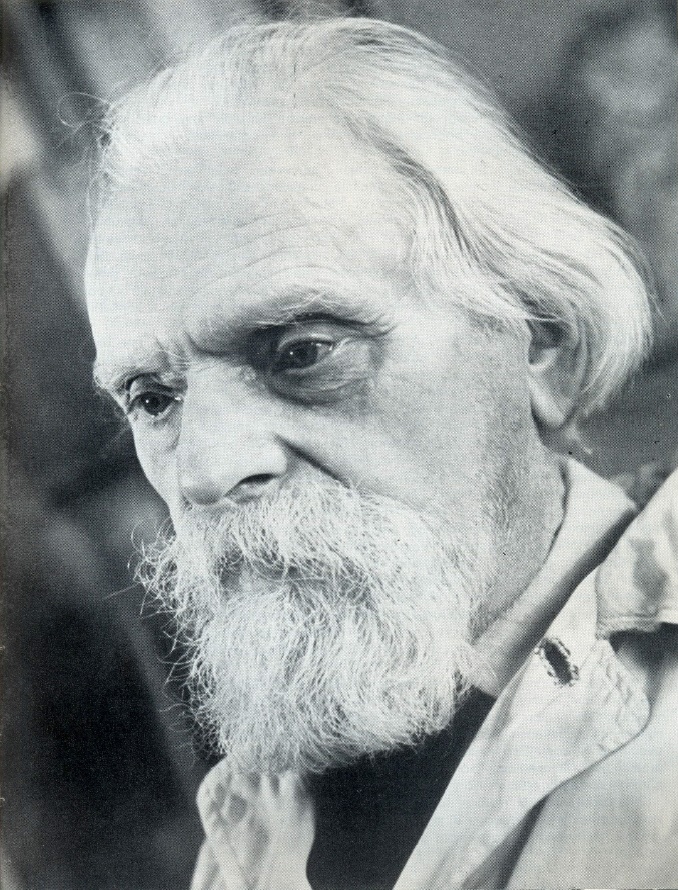 The art of Soviet Latvian sculptor Teodor Zalkaln, Hero of Socialist Labor, member of the Academy of Arts of the USSR, People’s Artist of the USSR, belongs to the bright pages of Latvian culture, its truly national values. In one of his speeches the artist said: “I am a sculptor, I have subordinated all my life to the tasks of a sculptor, this was my joy, and the reason for my worries.” As a sculptor I looked at life as an artist trying to understand and convey in my images our Latvian life, in which I see the essence of our people.”
The search for a monumental image, the desire to embody the beauty, strength and integrity of the national character were the basis of the work of Teodor Eduardovich Zalkaln. The images of his mother, who had borne the calamities of the First World War, the monuments built according to the plan of monumental propaganda, and the majestic portraits show that the artist has always understood the life, hopes and aspirations of the people. 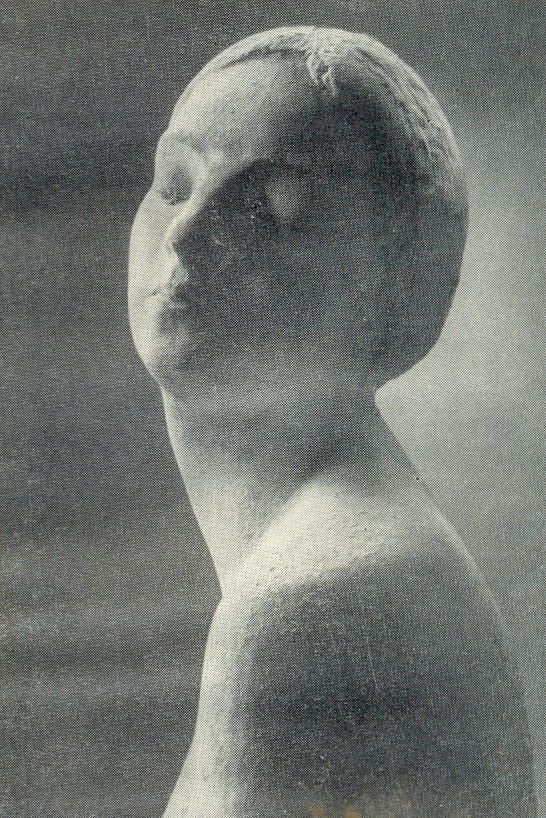 In his work Zalkaln relied on the best traditions of world art, while in his attitude he remained a Latvian. He created his concept of a sculptural image, so clear that it is still used today by Latvian sculptors. Zalkaln is rightfully considered the founder of the Latvian school of sculpture, a characteristic and brightest representative of it.
He is the author of monuments and architectural and sculptural projects, portraits, medals, works of animalistic genre.

There are many books, articles, and essays written about the outstanding Latvian sculptor. In particular, in 1966, Latvian sculptor and art theorist, a pupil of Zalkaln Karlis Baumanis published large monograph “Teodor Zalkaln”. It contains interesting material received by Baumanis in conversations with the teacher, Zalkaln’s memories of childhood, studies in St. Petersburg and Paris, and work in Italy.

Born on November 30, 1876 on the farm of the Riga district, Zalkaln studied at the art school. In 1893, he entered the School of Technical Drawing of Baron Stieglitz in St. Petersburg. At first, he chose decorative painting and Etching.
Being an active and talented student, Zalkaln has acquired a solid foundation of ethical and aesthetic views. This allowed him during his overseas trips to soberly assess the works of contemporary art, which he saw in Munich and Paris. And then in Italy. As the scholar of the School of Stieglitz, Zalkaln in 1899 went abroad. He intended
improve in the field of painting.
The artist did not stay long in Munich. In January 1900, he moved to Paris, where he stayed at the Latvian sculptor G. Shkilter, who visited the studio of Rodin. Zalkaln heard the enthusiastic stories of the countryman about Rodin, and the controversies that constantly arise around the name of this master. Young Zalkaln admired the courage of the brilliant Frenchman, his desire to destroy the canons and create works, imbued with the spirit of the era. Finally, he decided to visit Rodin’s studio.

Under the influence of Auguste Rodin decided to do sculpture. In addition to the first attempts to engage in modeling, undertaken in the school, the only school of sculpture for Zalkaln became short-term studies in the studio of Rodin. Here he got acquainted with the basic principles of the construction of plastic composition. Besides, acquired the skill of modeling the form, and got an idea of ​​the work in bronze and marble. “And the rest is work,” – with these words, as Zalkaln recalls, Rodin finished his speech addressed to the students of the studio.

Meanwhile, Zalkaln worked in Paris tensely. He performed several compositions and devoted a lot of time to drawing models. The artist paid much attention to the study of the treasures of the Louvre and the Luxembourg Museum. He admired the virtuosity of the performance of works, especially his beloved Leonardo da Vinci, Botticelli and Rubens, Delacroix and Barbizon people.
A deep trace in his soul left the sculpture of Ancient Egypt. In constructive rigor and calm simplicity of Egyptian statues, Zalkaln saw a completely different concept from Rodin’s concept of the plastic image. The monumentality of Egyptian sculpture was close to his worldview and innate sense of form.

After returning to St. Petersburg, he worked for some time on model sculptures in the Faberge jewelry company. And from 1903 to 1907 he lived and worked in Yekaterinburg. In addition, he studied the technology of bronze casting and artistic processing of marble in Florence. Also, he worked as a drawing teacher in his alma mater – Baron Stieglitz School (1918-1919).

Finally, in 1920 he returned to Latvia, and became the part of the artistic group “Sadars”, which was one of the first post-war creative associations. Soviet Latvian sculptor Teodor Zalkaln was a professor and head of the sculpture department of the Latvian Academy of Arts, and a member of the Supreme Soviet of the Latvian SSR. Full member of the Academy of Arts of the USSR (1947). 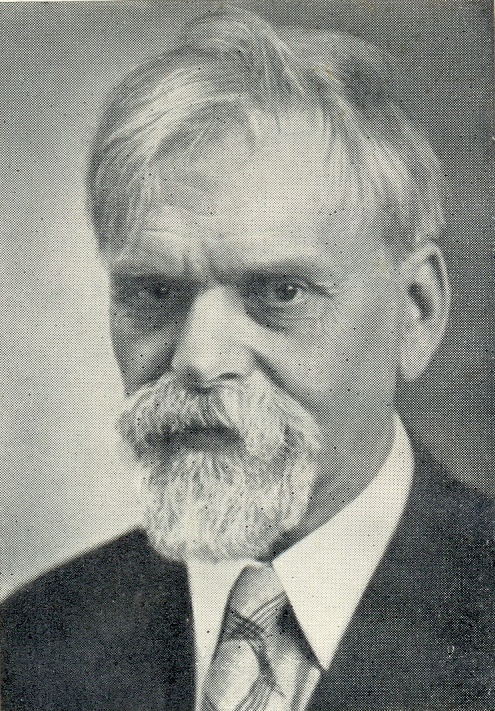 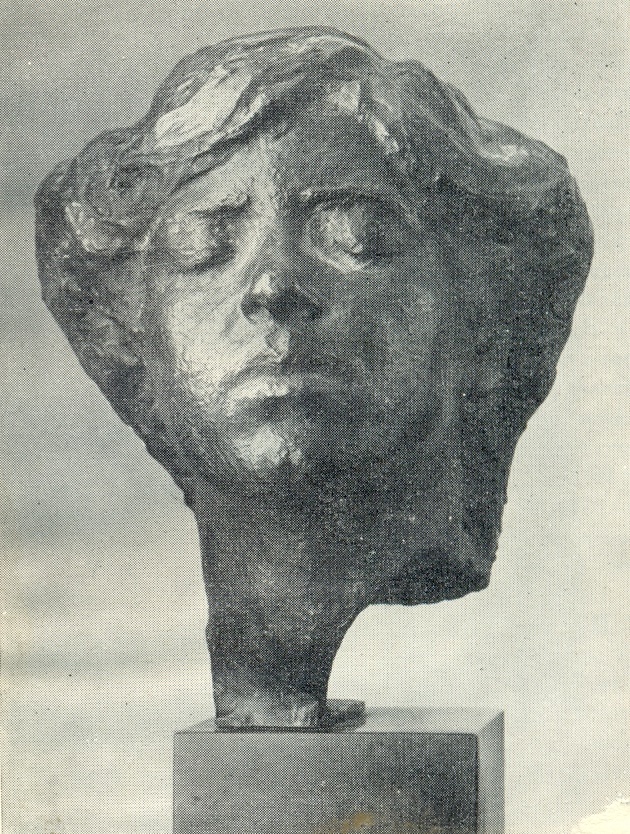 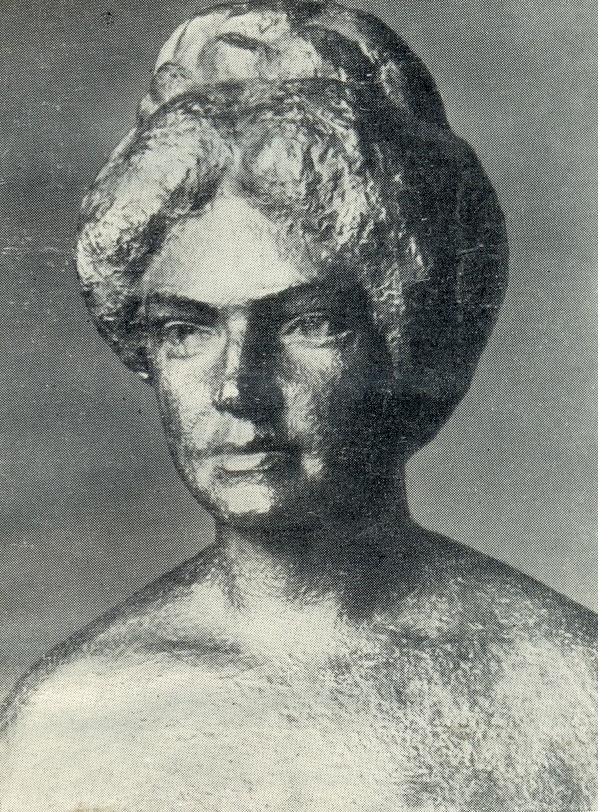 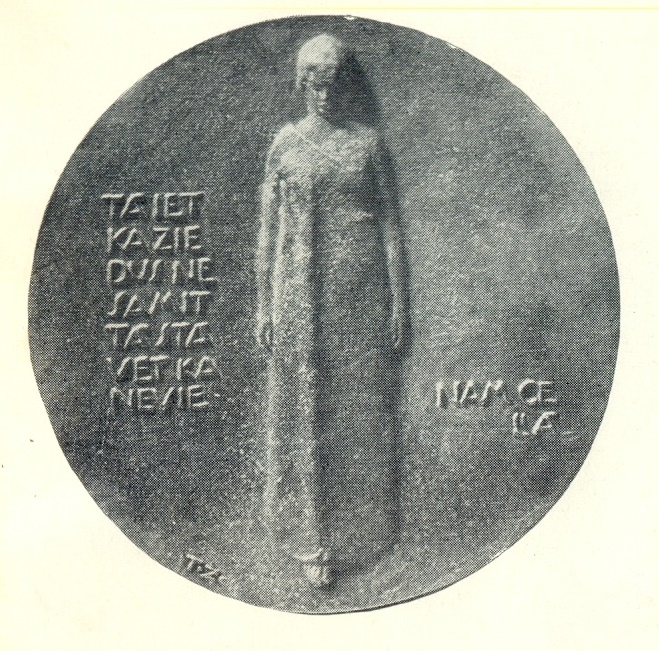 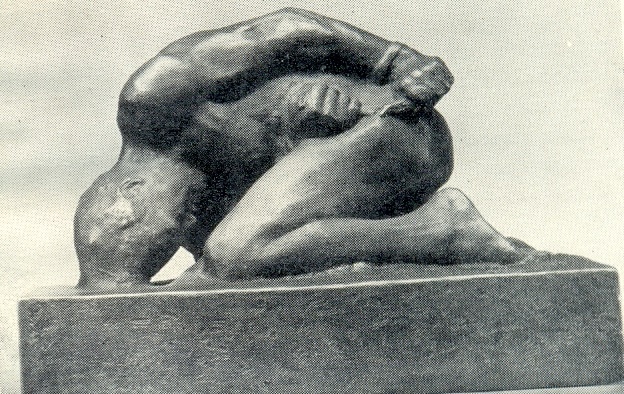 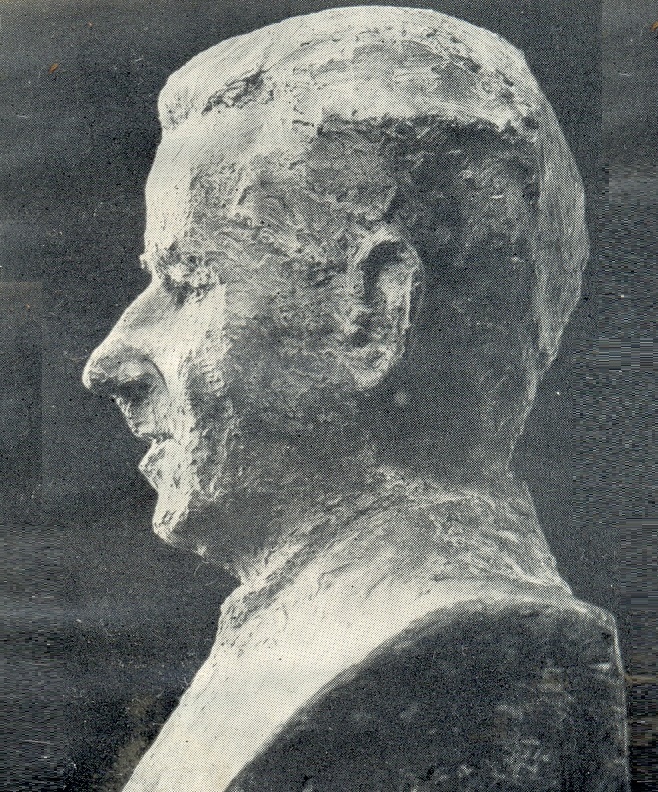 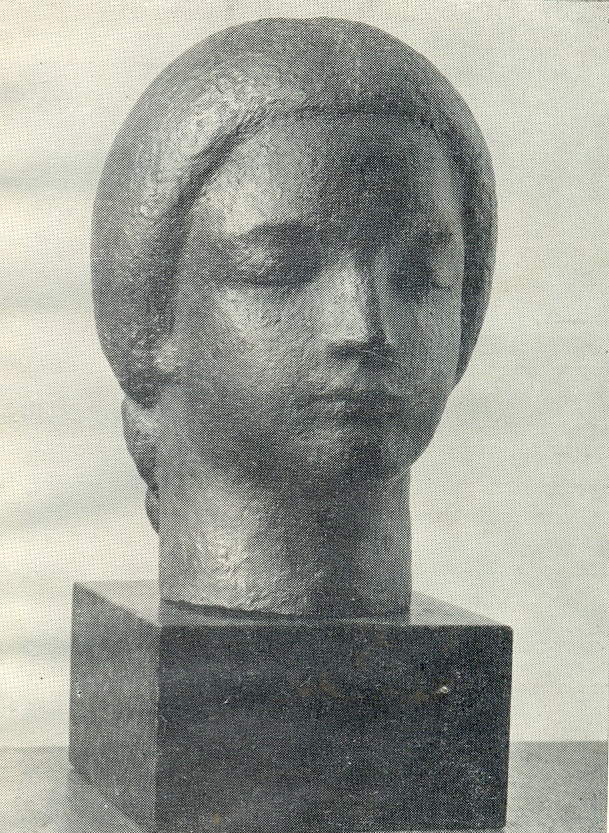 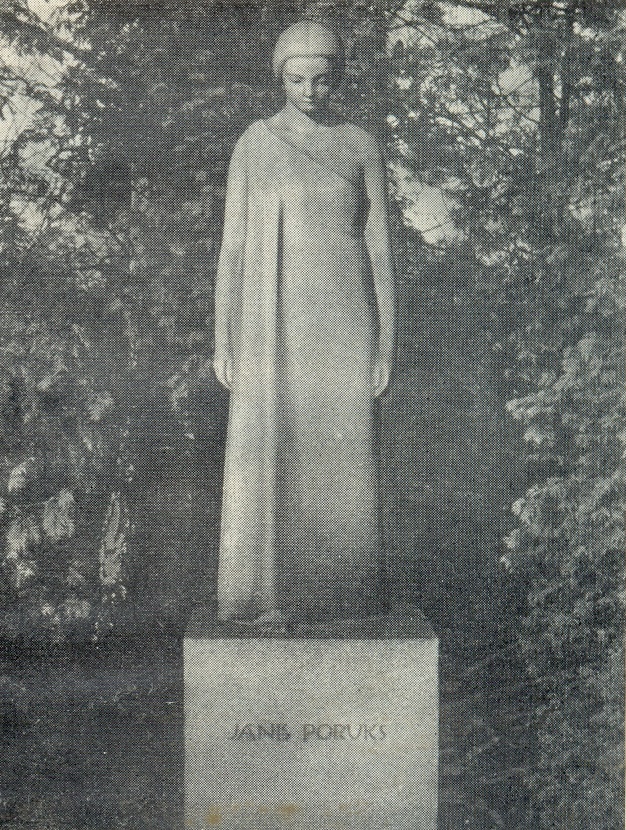 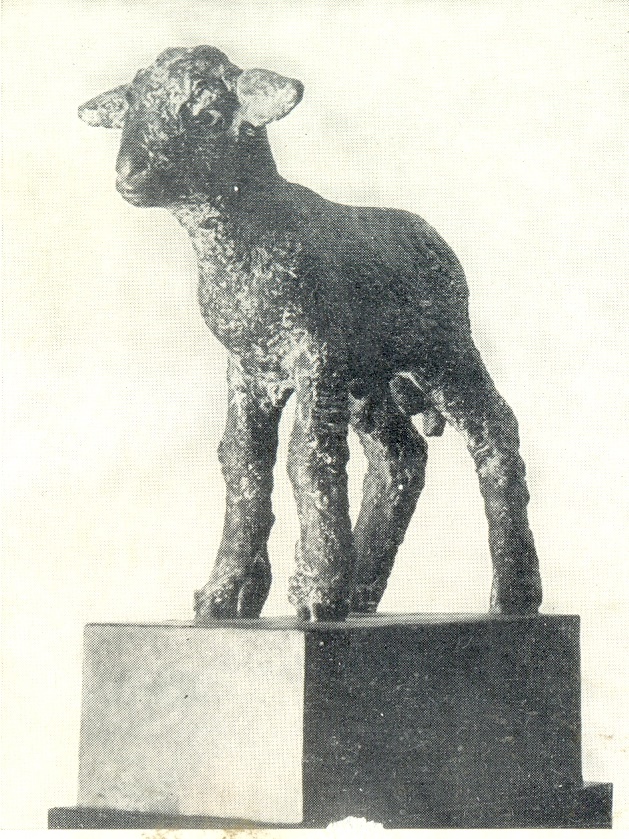 Lamb. 1933. The granite. Art Museum of the Latvian SSR 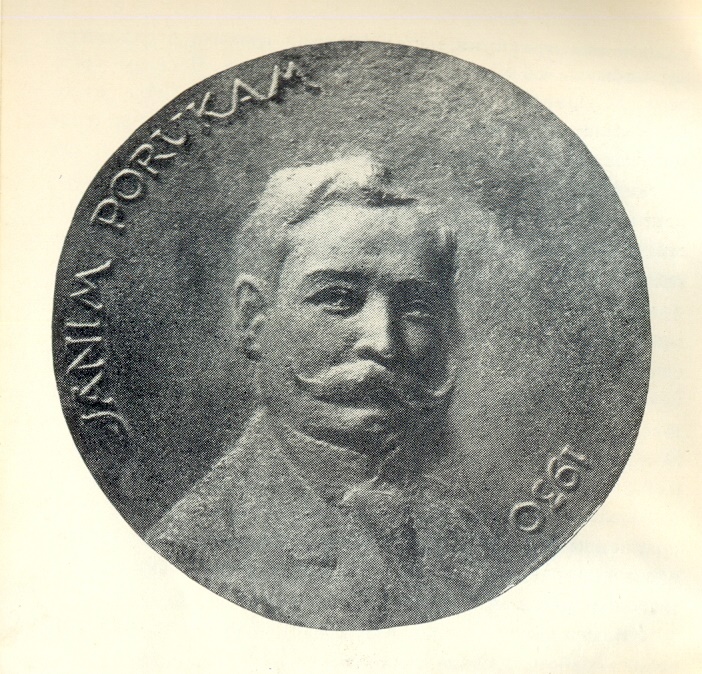 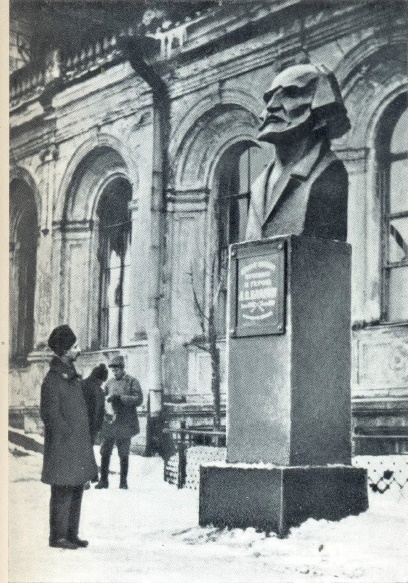 1919 photo. Monument to A. Blanki in Petrograd. Gypsum 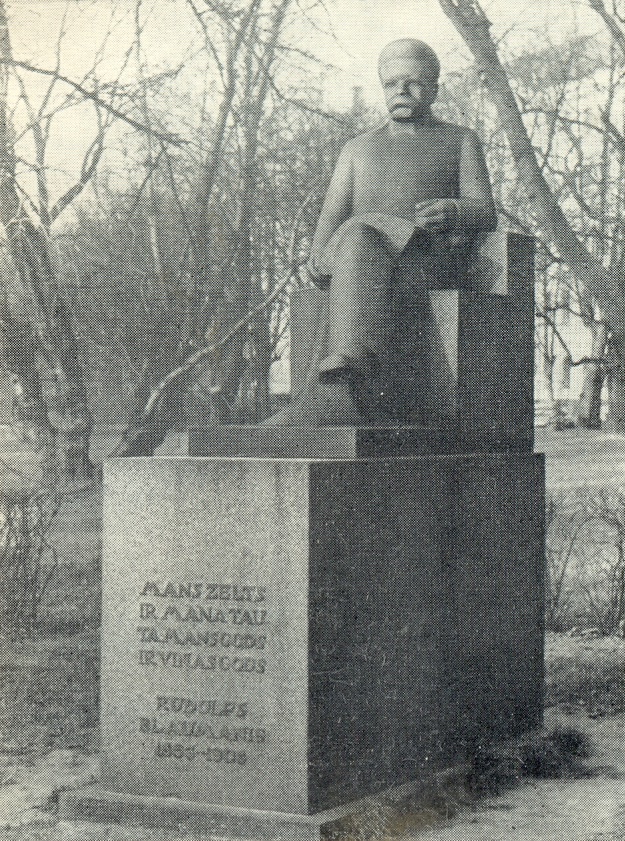 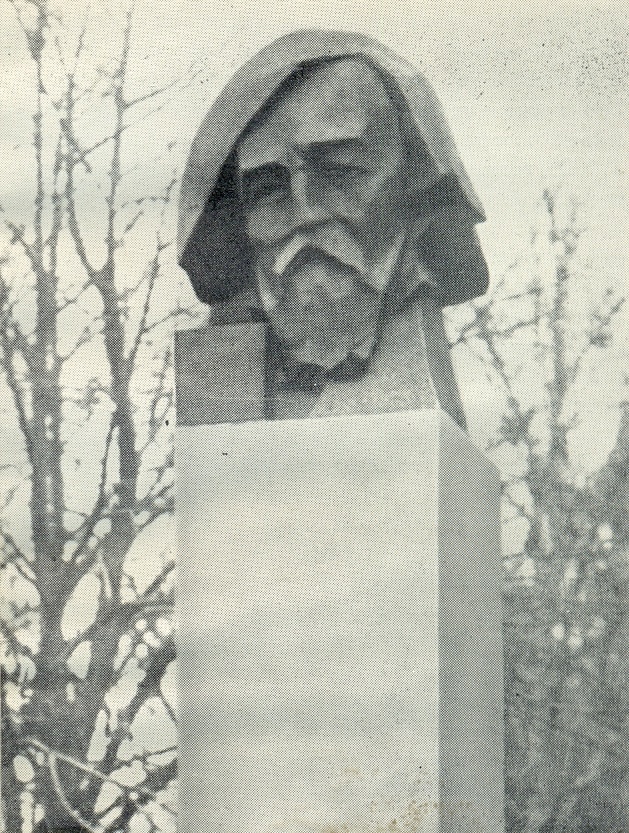 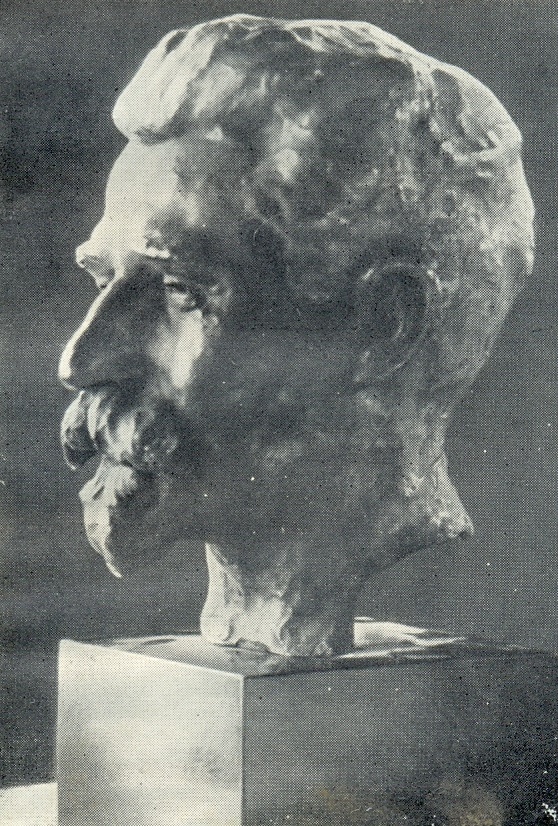 Portrait of artist A. Arnoldov 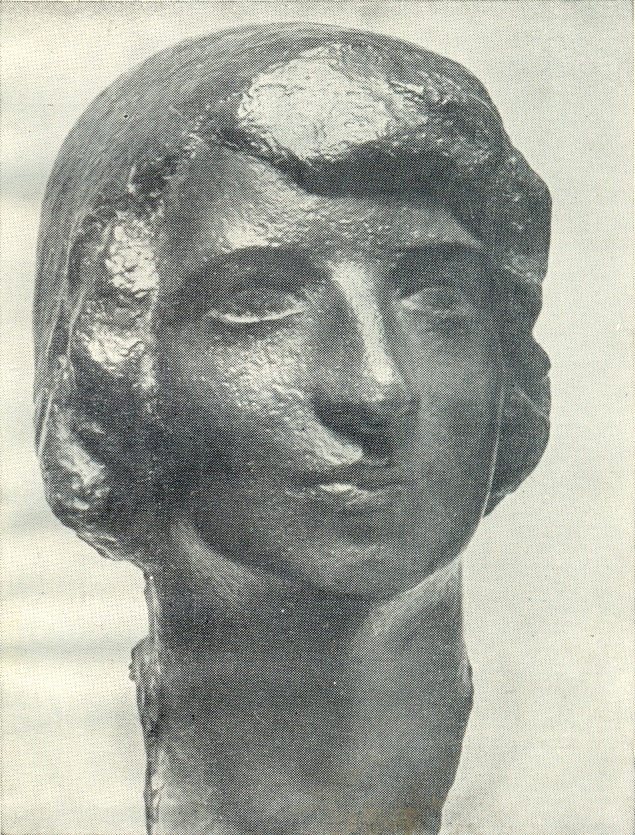 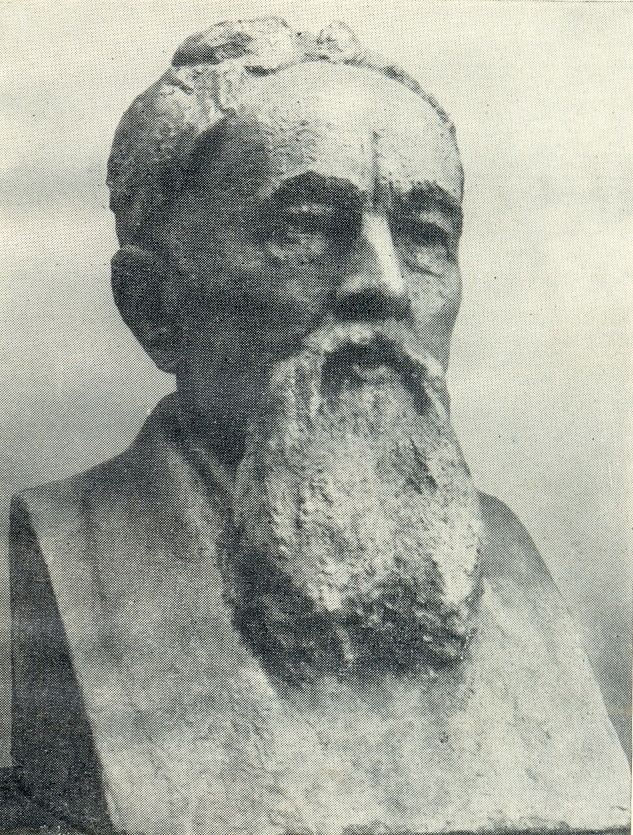 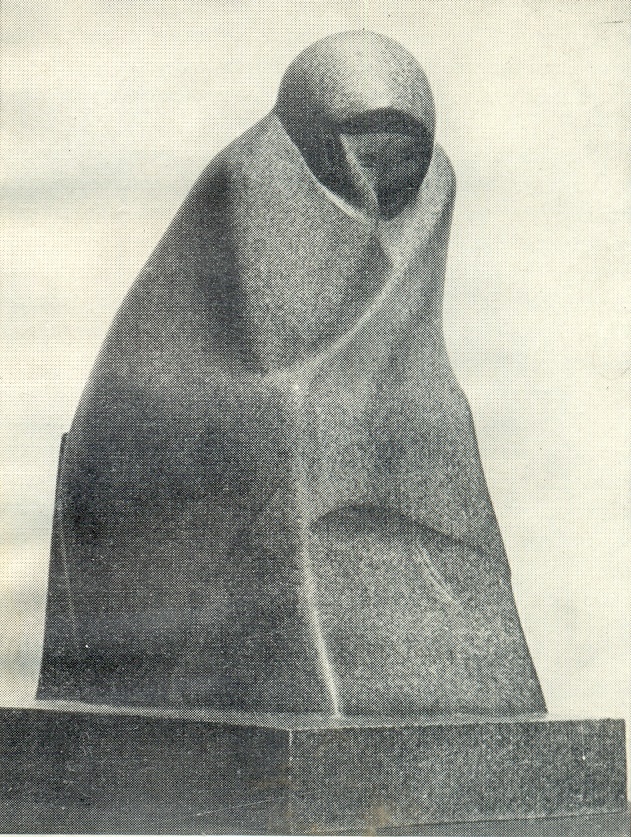 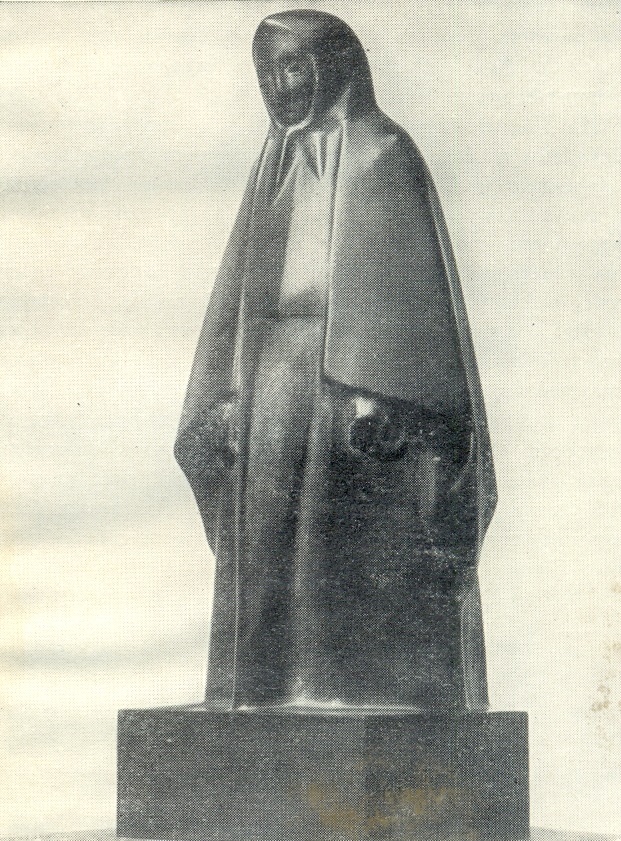 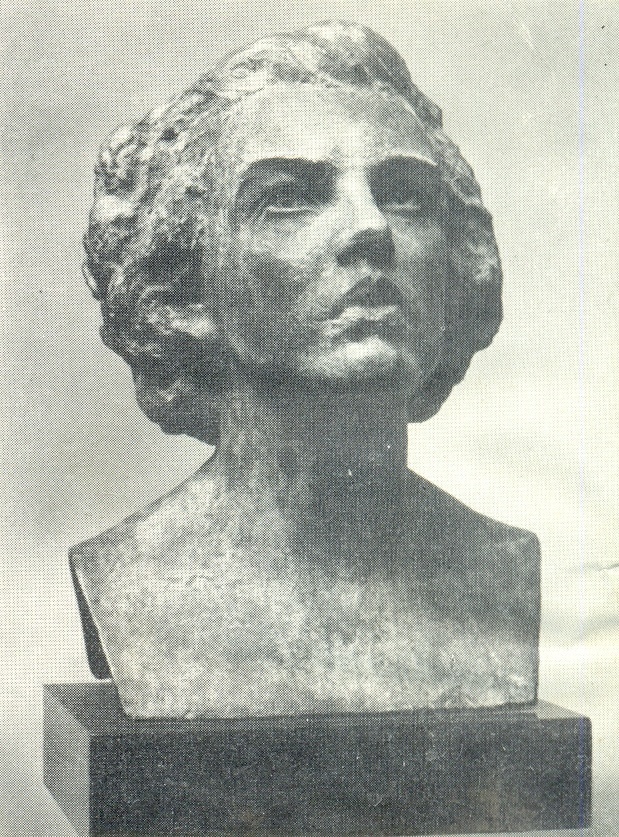 Student of Malda. 1956. Bronze. Historical and Art Museum in Liepaja 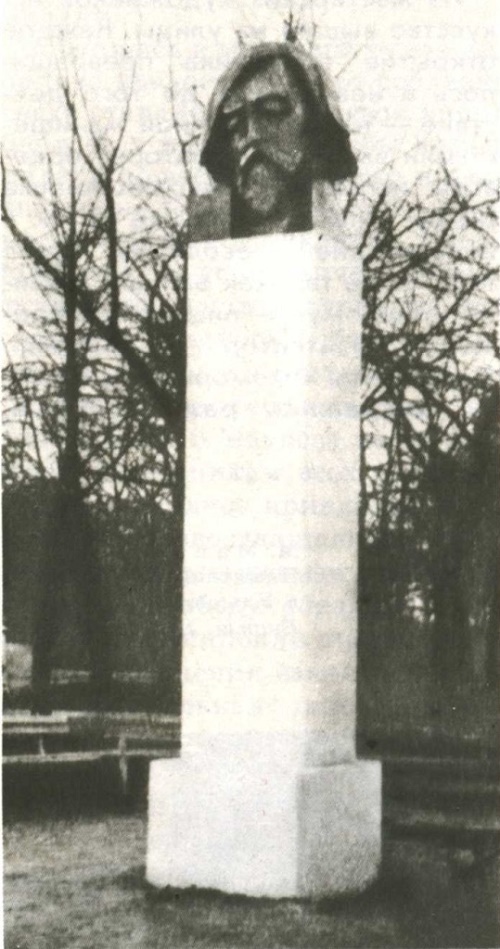 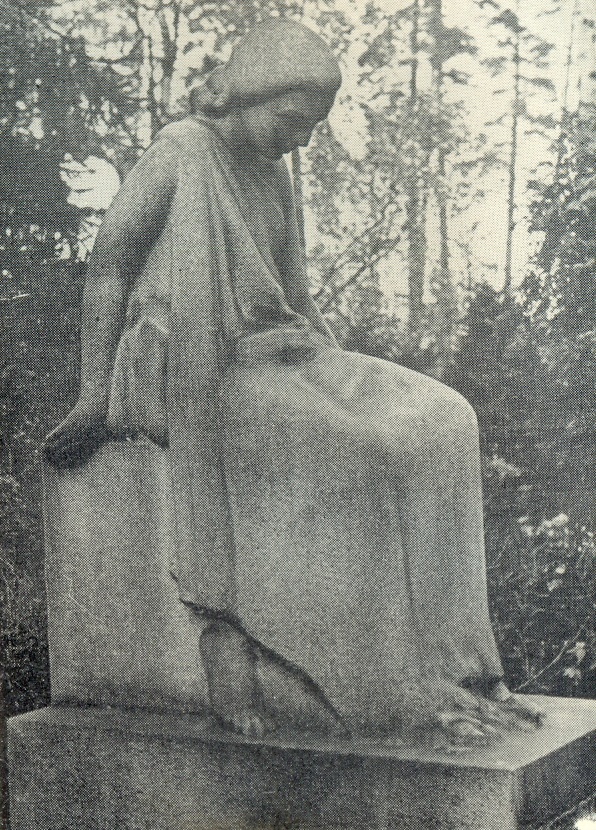 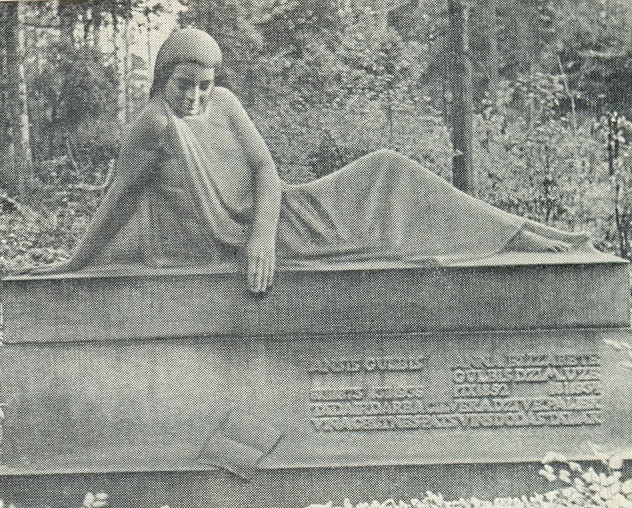 The tomb of the Latvian sculptor A. Gulbis. 1939. Granite. Forest cemetery in Riga