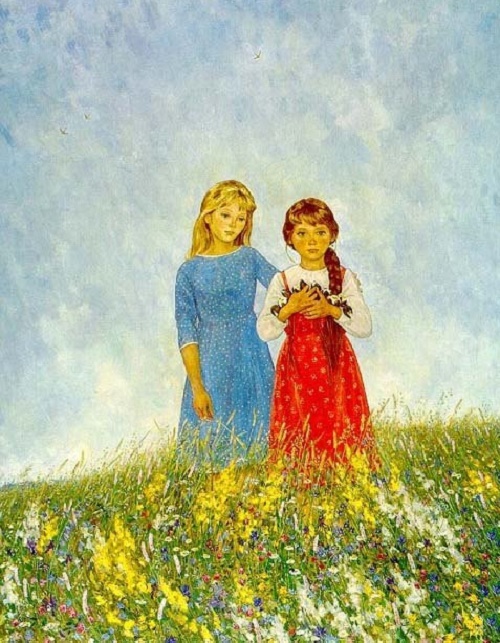 Soviet Russian artist Ekaterina Chernysheva was born in 25 August 1935 in Moscow, the USSR. People’s Artist of RSFSR, member of the USSR Union of artists (1962), Union of artists of Russia, and member of Peter’s Academy of Arts and Sciences. First of all, Chernysheva as a painter formed in the creative environment of high art, which surrounded a child in a family of her famous father Nikolai Mikhailovich Chernyshev. And from him she received the first lessons in painting. In addition, her parents’ house visited all those who became the pride of the Soviet Art. Among them – P. Kuznetsov, V. Favorsky, Gerasimov, A. Matveyev, Deineka (in his workshop she later learned), and many other artists. Besides, a strong and beneficial moral influence was her father, from whom she learned much. In particular, to observe the beauty of mother nature, the rural way, the poetry of childhood, adolescence and youth. 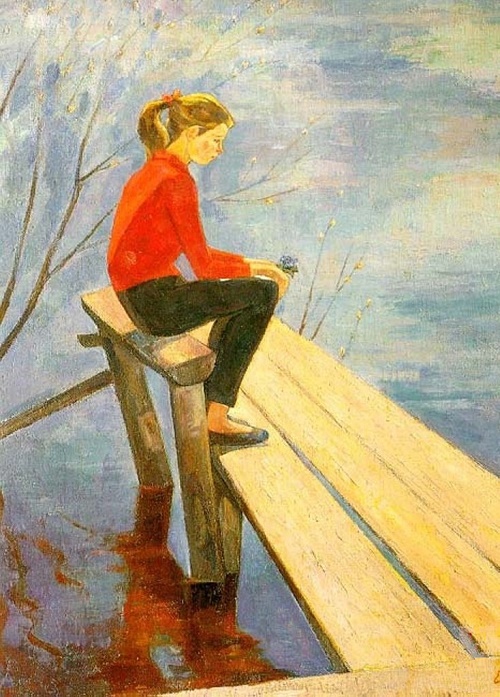 Chernysheva graduated from the Moscow Art School in 1955, then – the Moscow State Art Institute named after Surikov. The success of her paintings was due to the fact that she skillfully conveyed subtle emotional state and the nature of the character. As well as the identity of rural life and the beauty of Russian nature. Besides, over time, enhanced her attraction to a lyrical meditation, and philosophical understanding of life. Accordingly, developed the scenic expressive language of rich palette. 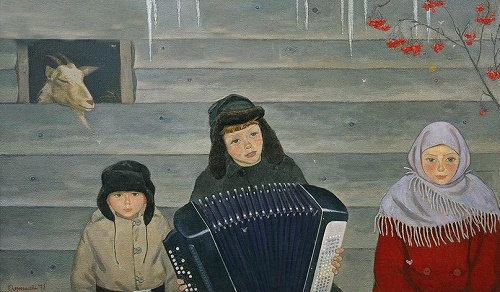 The distinctive features of creativity of E. Chernysheva are intimacy and warmth, soulful and poetic, and at times very personal images of scenic beauty and conscious limited palette. That allows the author to focus on the expressiveness of favorite color harmonies. The compositions are structurally based on a combination of several color zones, and the major tonal developed color patches.

Chernysheva – the constant participant of republican, Moscow and foreign exhibitions.
Her works are represented in the Tretyakov Gallery, private collections and major museums and galleries in Russia, Italy, Japan, the USA, France and other countries. 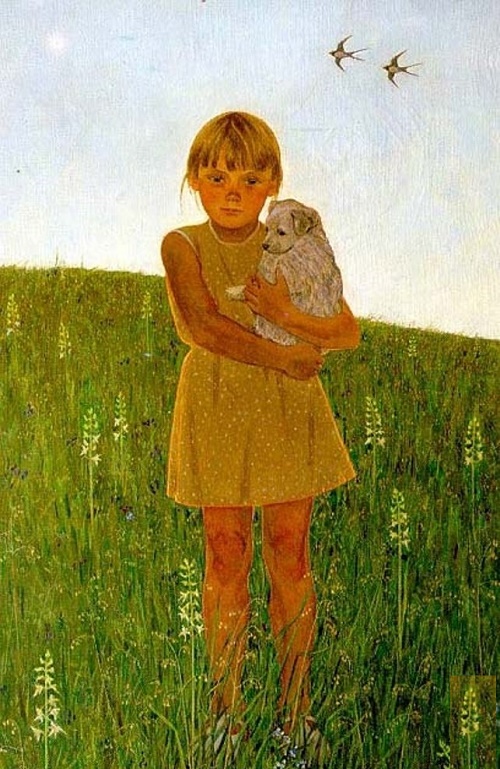 Girl with a dog 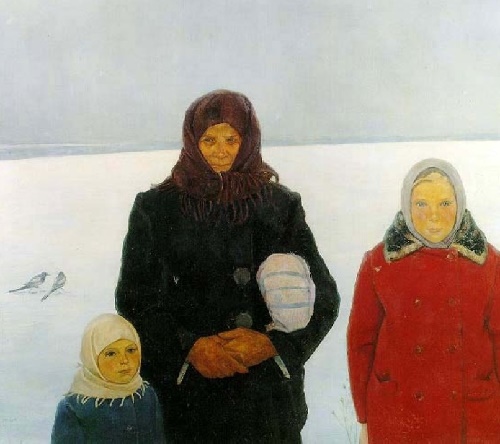 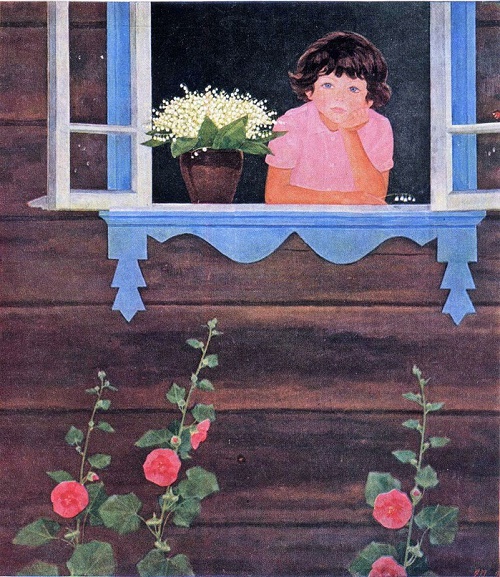 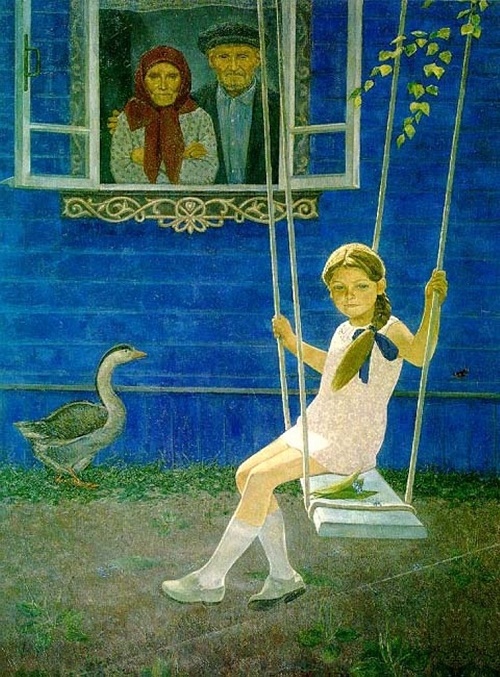 Summer in the village (triptych center Where the Motherland begins) 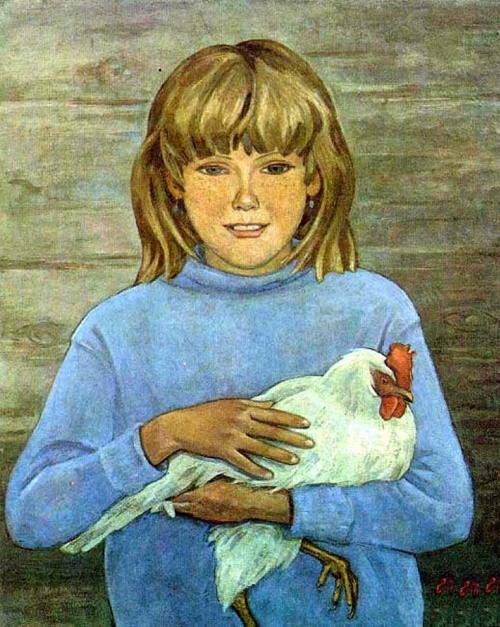 Tanya from the village of Borovno 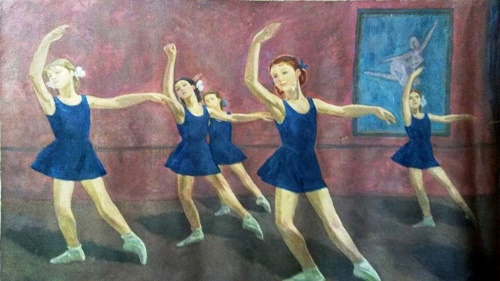 The classes in the children’s ballet studio 1977 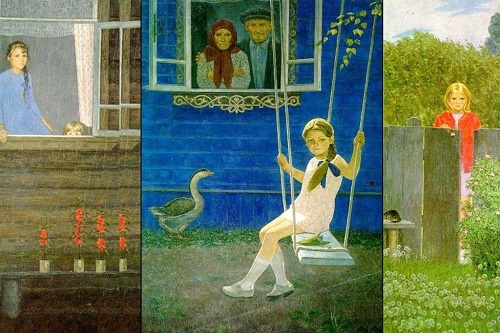 The triptych Where begins Motherland 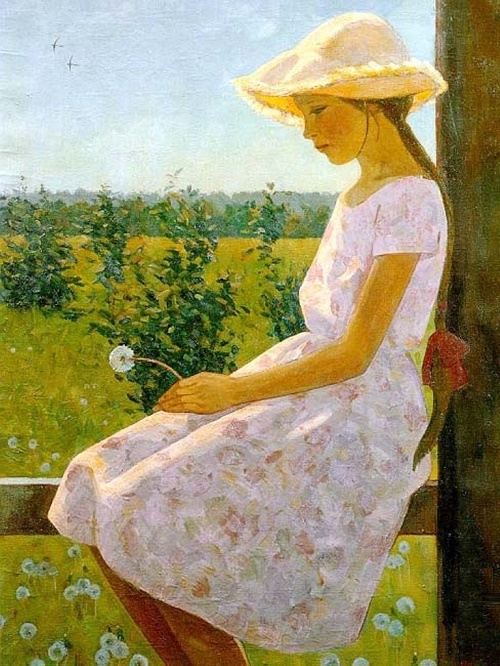 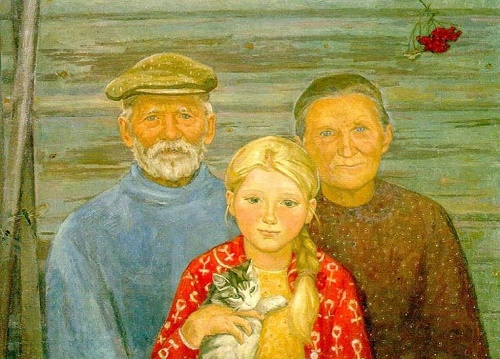 Under the roof of native house 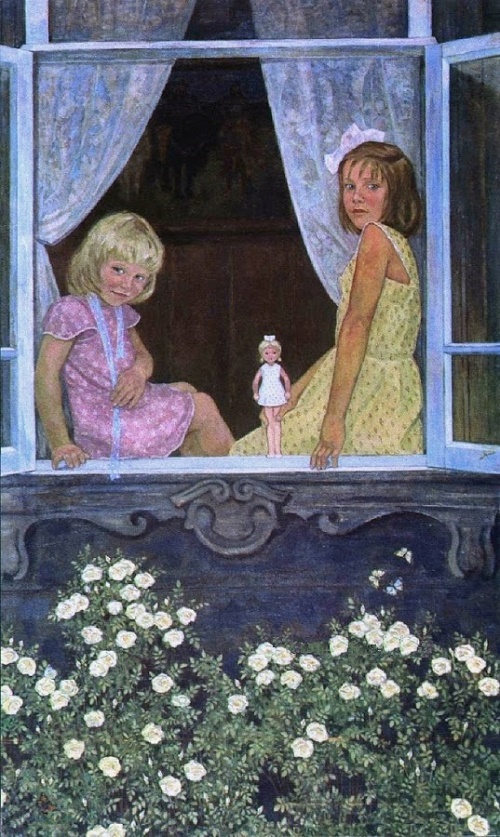 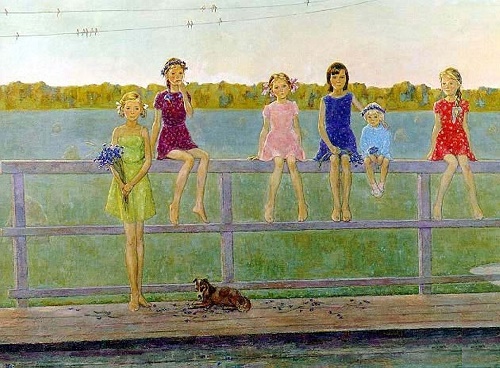 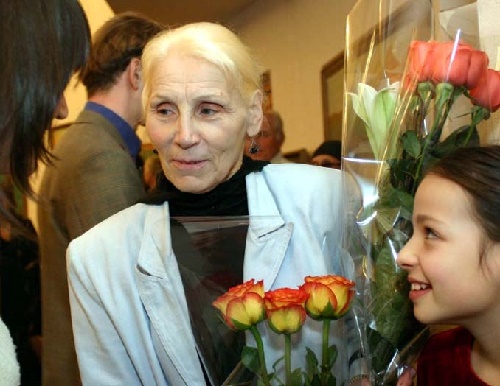 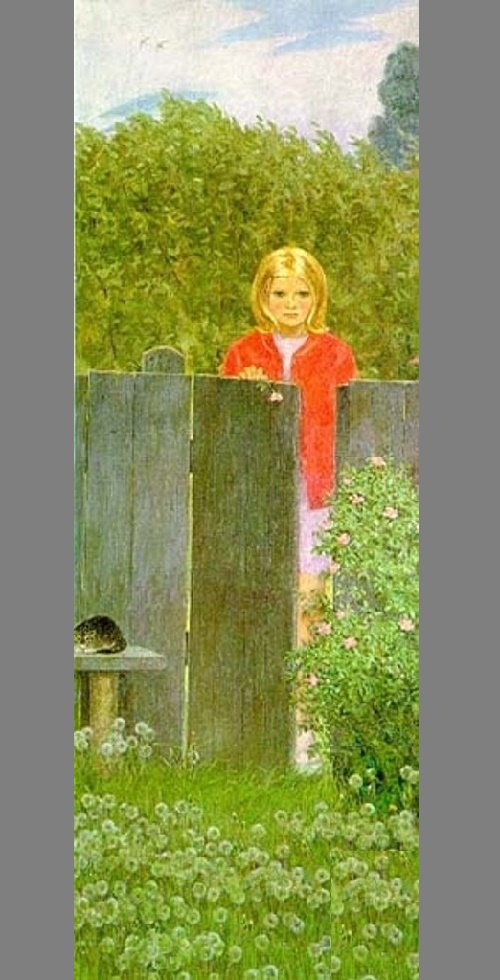 June (the right part of the triptych Where begins Motherland) 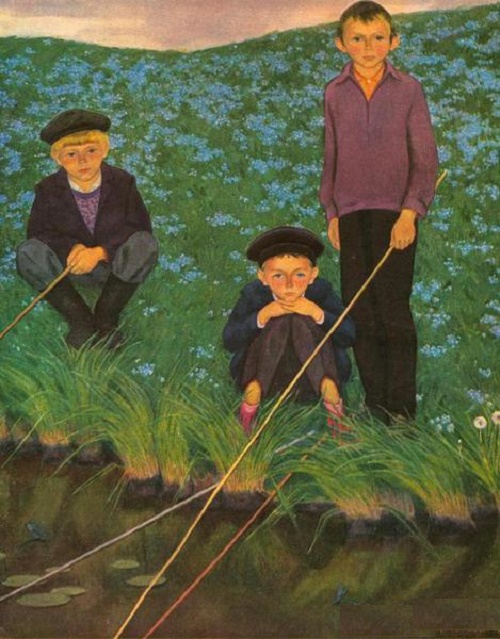 Tolya, Vitya and Vova from the village of Kisharino 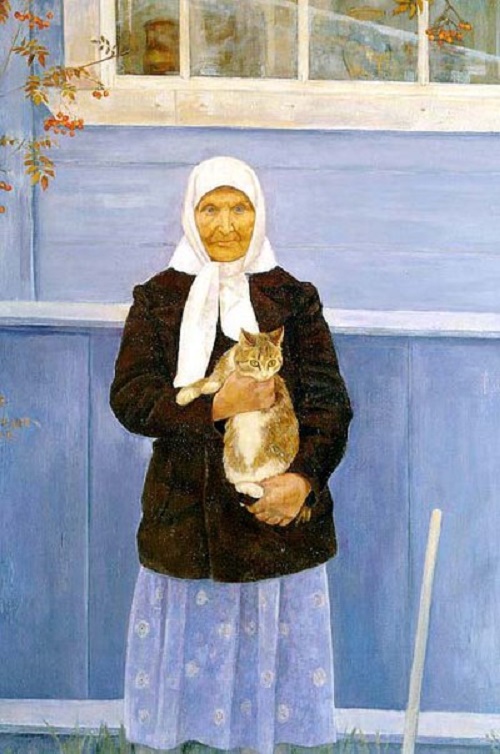 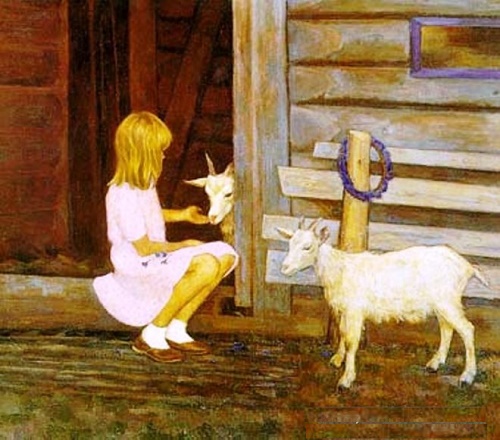