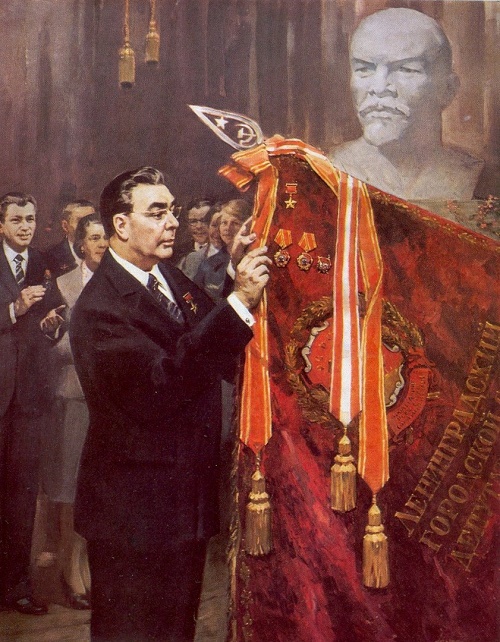 Soviet artist Oleg Leonidovich Lomakin (26 August 1924 – 25 March 2010) – Honored Artist of the RSFSR, member of the St. Petersburg Union of Artists. Laureate of Stalin Prize of the second degree (1950) – for the painting “The advanced people of Moscow Kremlin” and a series of paintings “The noble people of Moscow” (co-author), Stalin Prize of the third degree (1952) – for the painting “The meeting of the Presidium of the USSR Academy of Sciences” and portraits of Soviet scientists. Oleg Leonidovich Lomakin was born August 26, 1924 in Tver province. After the family moved to Leningrad, he studied in the local art school, then in the City Palace of the pioneers, and in 1940 he was accepted to the eighth class of the Art School at the Russian Academy of Arts. 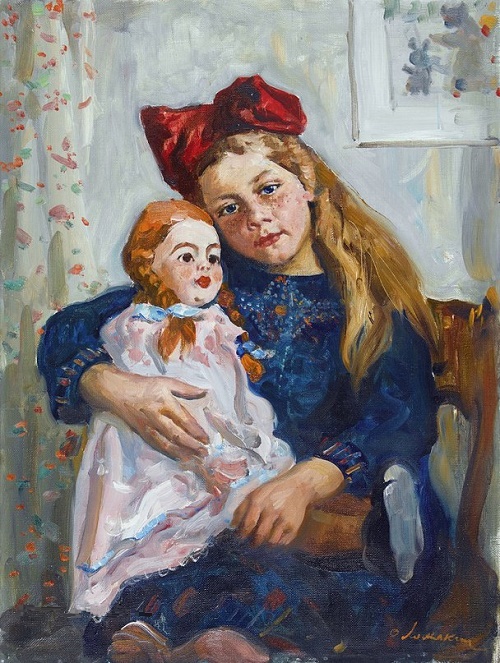 After the start of the Great Patriotic War and the blockade Oleg Lomakin remained in Leningrad. In February 1942, together with the secondary art school was evacuated to Samarkand. The summer of 1942 he was drafted into the Red Army and oriented in the anti-aircraft artillery school, after which he made battles at Kursk, where he was seriously wounded. Demobilized with disability, in the rank of corporal. He was awarded the Order of the Great Patriotic War, 2nd degree, medals “For Courage”, “For Victory over Germany”. 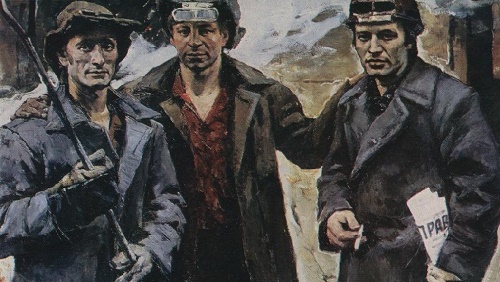 In 1944, Oleg Lomakin returned to studies at the Art School, which he finished in 1946. The same year he entered the first course of painting department of the Leningrad Institute of Painting, Sculpture and Architecture named after Ilya Repin. He studied in the workshops of S. Mikhailov, M. Bernstein, VL Anisovich, AD Zaitsev, P. Ivanovsky, BV Ioganson. In 1952 he graduated from the Institute, the workshop of Boris Ioganson with the Diploma thesis – painting “Mikhail Kalinin among his fellow villagers.” 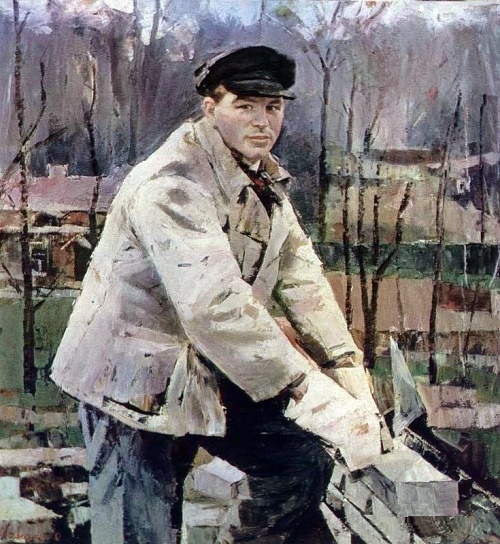 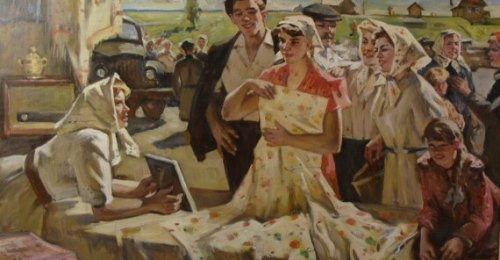 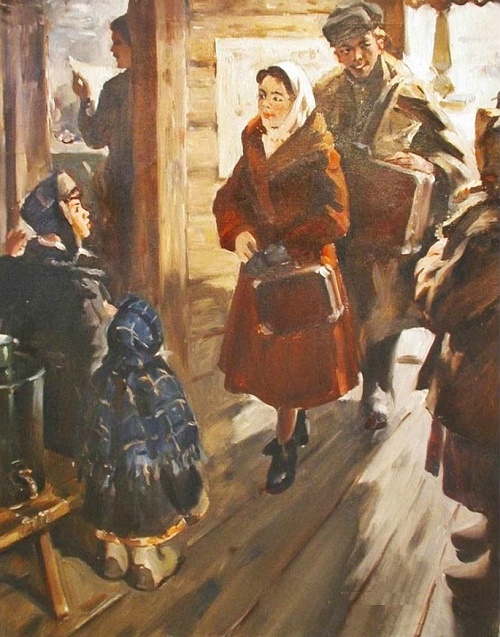 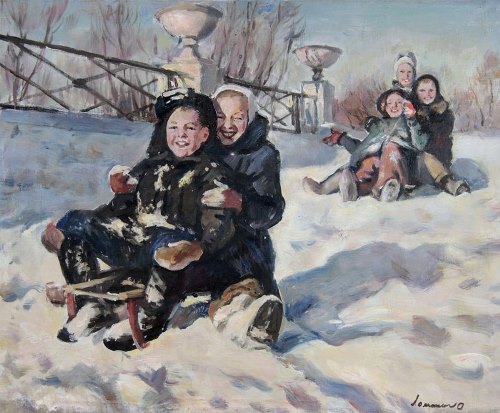 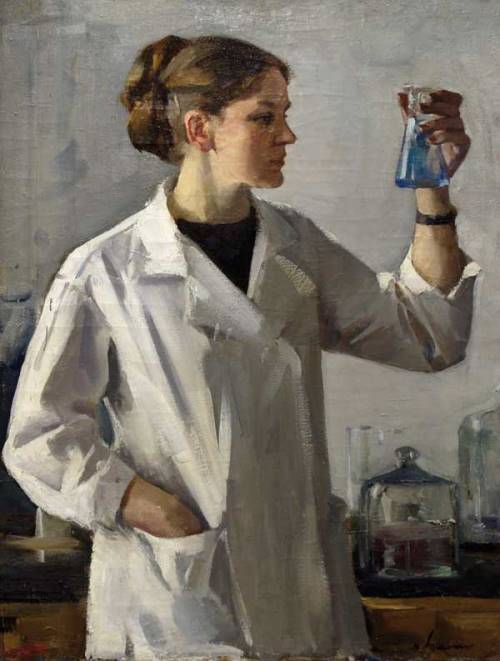 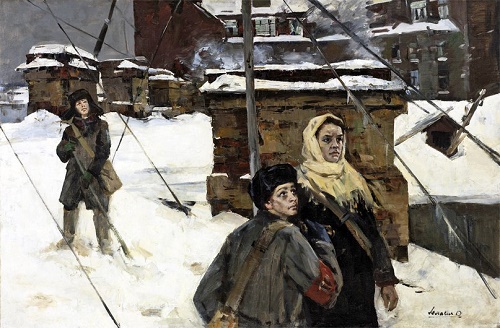 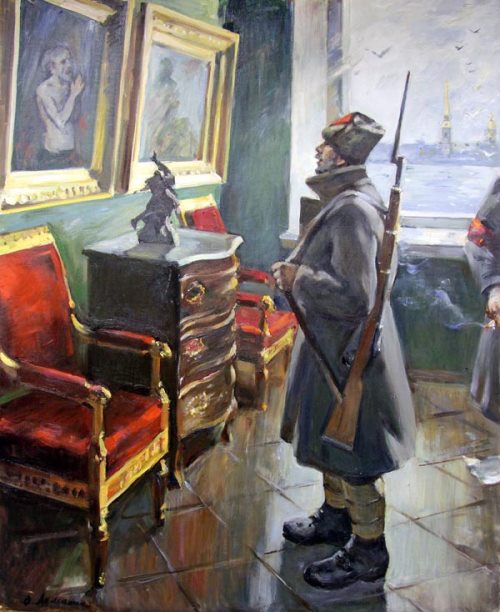 Man with a Gun 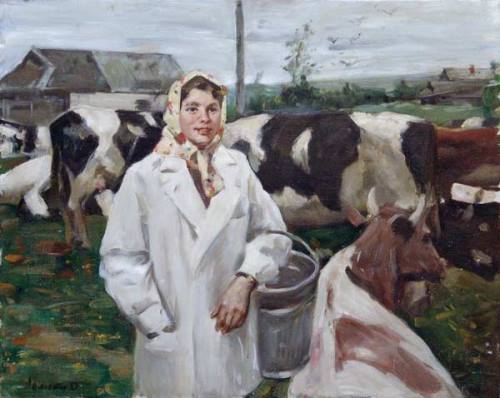 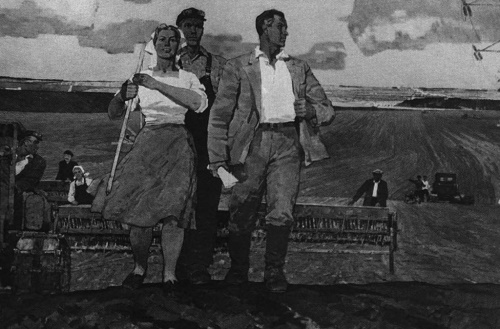 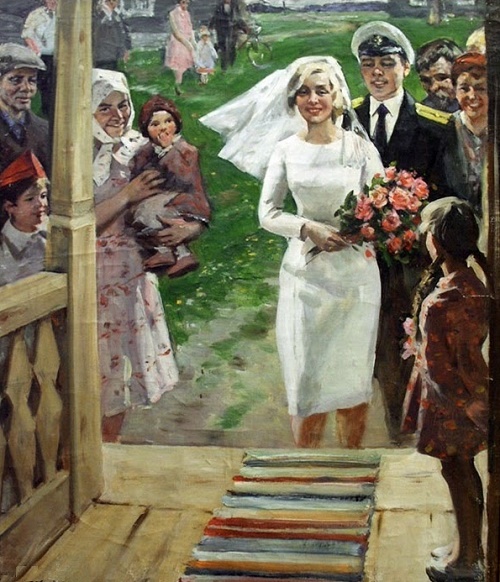 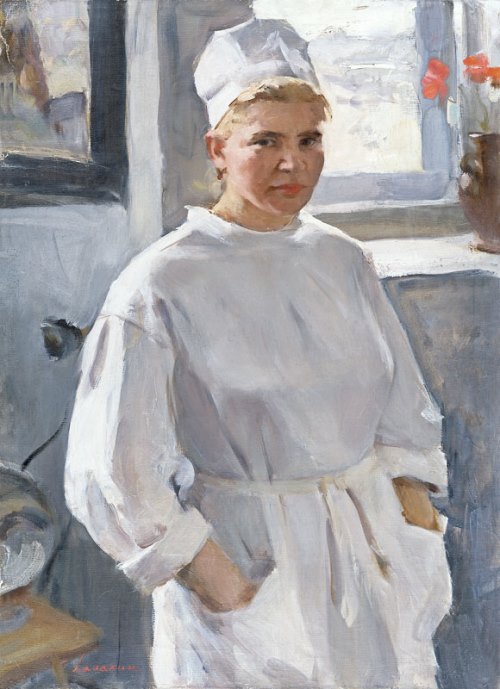 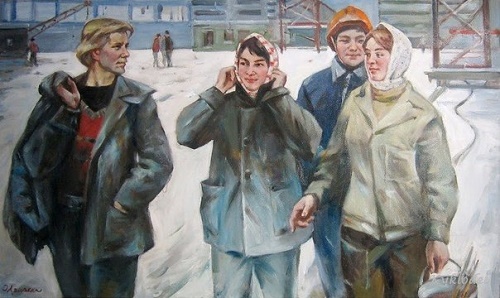 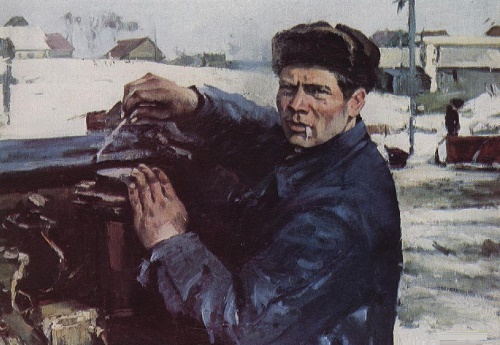 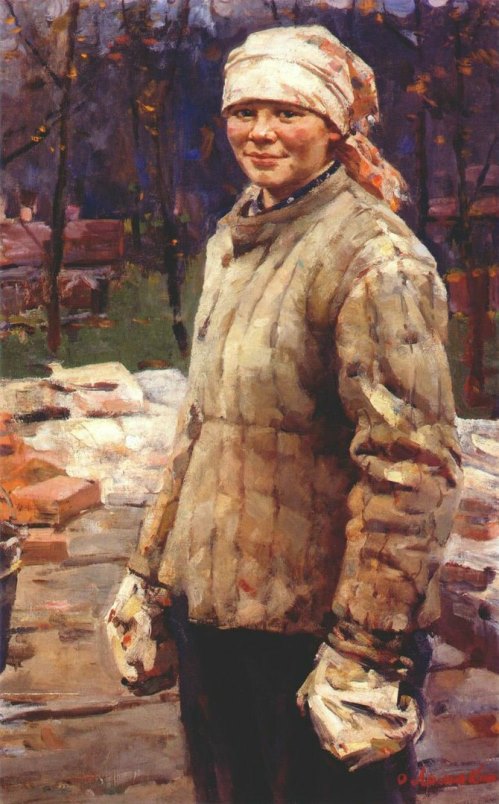 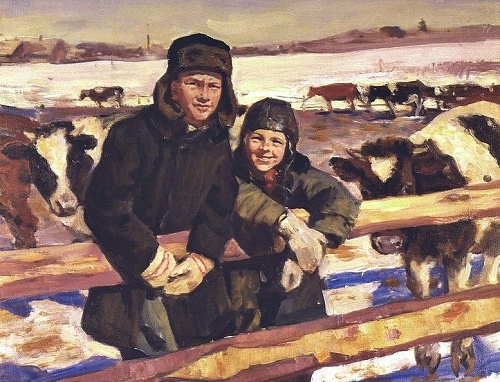 Village boys on the fence 1975 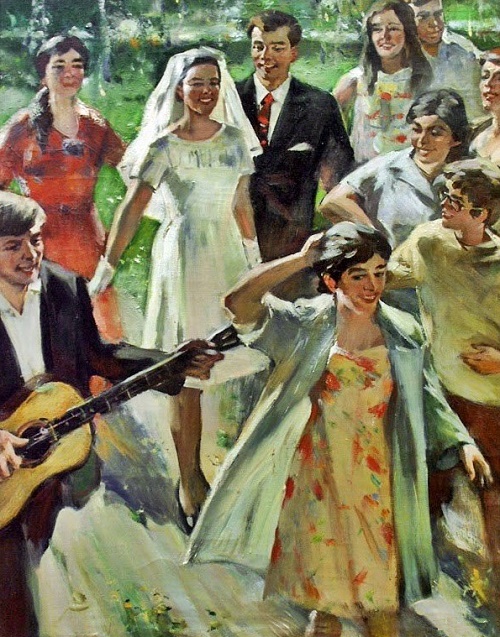