One of the greatest masters of Russian art of the first half of the twentieth century, Alexandr Vasilievich Kuprin was an outstanding master of industrial landscape. Also known as one of the active members of the famous association “Knave of Diamonds”, and a member of the association “Moscow painters.” His teachers were prominent artists, such as Konstantin Yuon, Abram Arkhipov and Konstantin Korovin.
Born in 1880 in Borisoglebsk, Alexander Vasilyevich Kuprin grew in Voronezh since the age of three. Here Kuprin studied and later worked as a clerk on the railway. Meanwhile, the attraction to art led him to the evening classes of the Society of Art Lovers. Then, having decided to become an artist, he went to Petersburg (1902). There he attended workshop of A.E. Dmitriev-Kavkazsky, but in 1904 he left Petersburg for Moscow. In Moscow he studied in the workshop of prominent artist Konstantin Yuon, and two years later – the Moscow School of Painting, Sculpture and Architecture. At the school, he turns out to be a very unruly student.

Meanwhile, in 1908, he first saw a new French painting in the private collections of Moscow patrons. Carried away by it, he began creating under the influence of the latest trends of French art. And already the same year exhibited his works in various exhibitions, including “Golden Fleece” salon, featuring the latest trends of French art. However, in 1910, he had to leave the school and since then began his experiments in art for many years ahead.

Kuprin becomes one of the active members of the “Knave of Diamonds” association. Since 1910, almost fourteen years, he painted mostly still lifes. At first they were Cubist works, then in them the geometry of forms gradually softens. But all this remained within the “Jack of Diamonds” program.

In 1920, he left for Nizhny Novgorod, where he heads Nizhny Novgorod and Sormovo art workshops. The year of his return to Moscow (1924) became a turning point for his art. He refers to a realistic landscape, and in 1926-1930 makes annual trips to Bakhchisarai, where he creates his first significant realistic pictures.

A new Soviet period in his art was in the 1930-1934s. The artist works on the industrial landscape, depicting factories in Dnepropetrovsk and Moscow, oil fields in Baku. In these years he again turns to the Crimea, and just before the war – to the motives of Russian nature. Since 1945 the Crimean landscapes once again attract the attention of the artist, and, finally, in his last works he returns to industrial themes.

Soviet artist Alexandr Kuprin experienced almost all the artistic passions and manners that during the years of his youth embarrassed the souls of young Soviet artists. To Kuprin’s realism he cited the complex process of the addition of a new man and a new artist, the process of merging the artist’s work with the public and artistic life of the new socialist country.

However, it would be wrong to say that Kuprin in his youth and Kuprin the realist at the time of his creative maturity are two completely different artists. His work demonstrates the great intellectual power; in love with the living beauty of nature. Inspired by the desire to check his impressions with his mind, in his art there is a spark of creative, cognitive penetration into the world depicted by him. 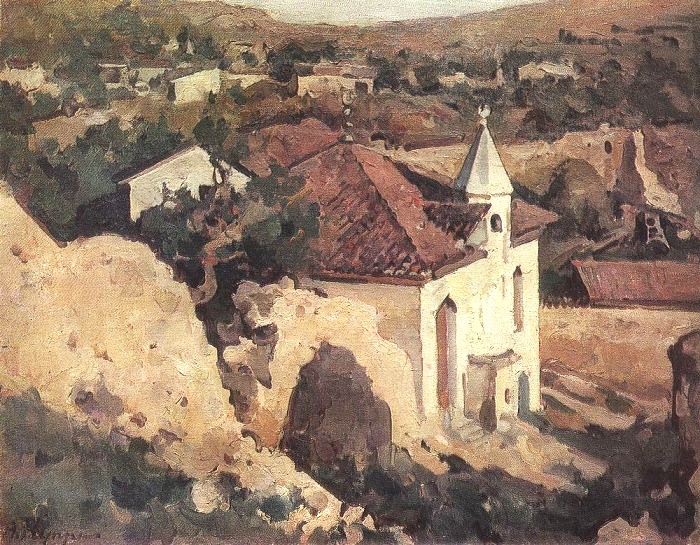 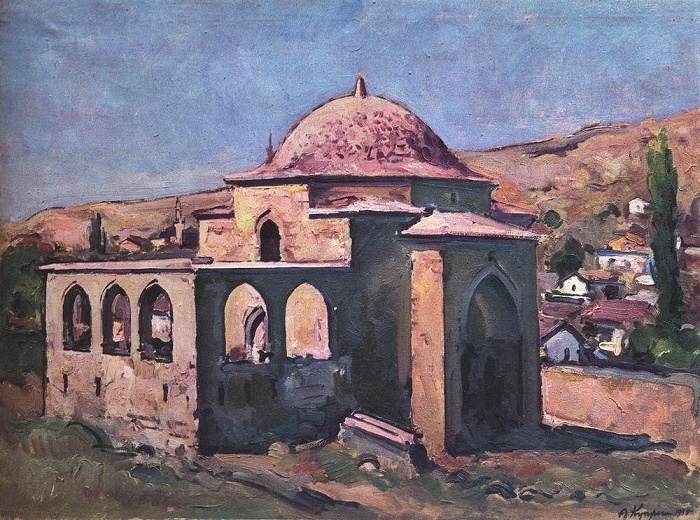 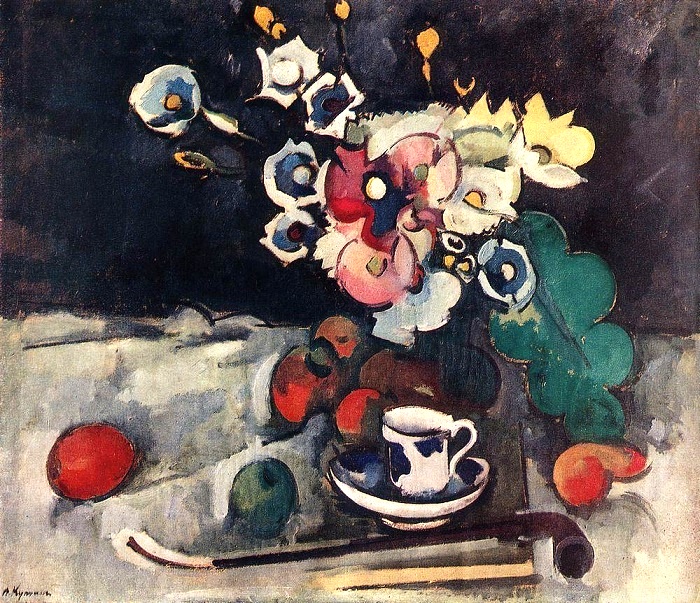 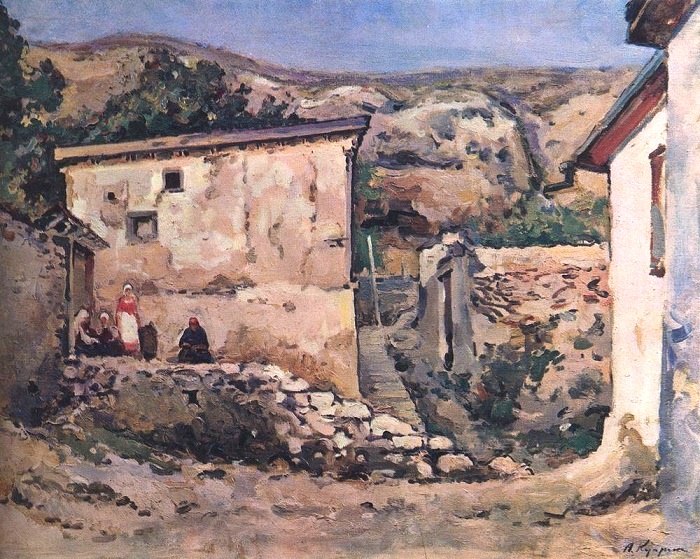 Back lane in Bakhchisaray. 1940 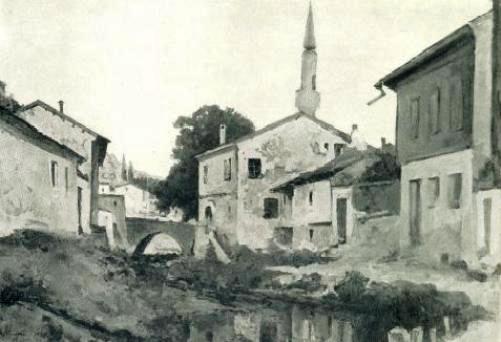 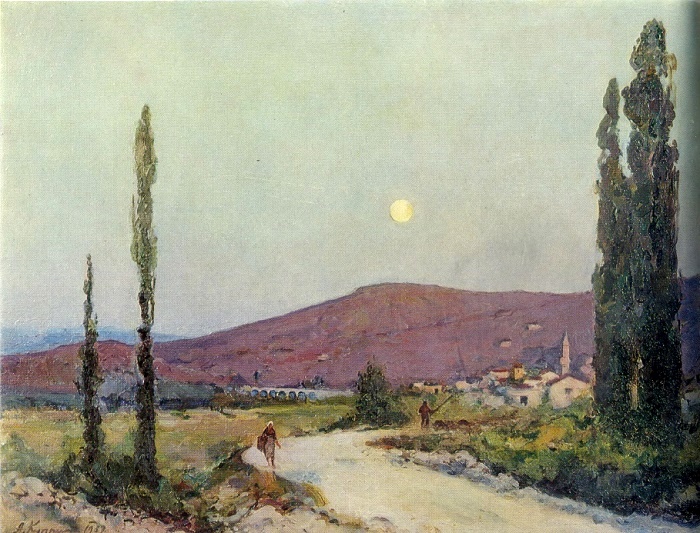 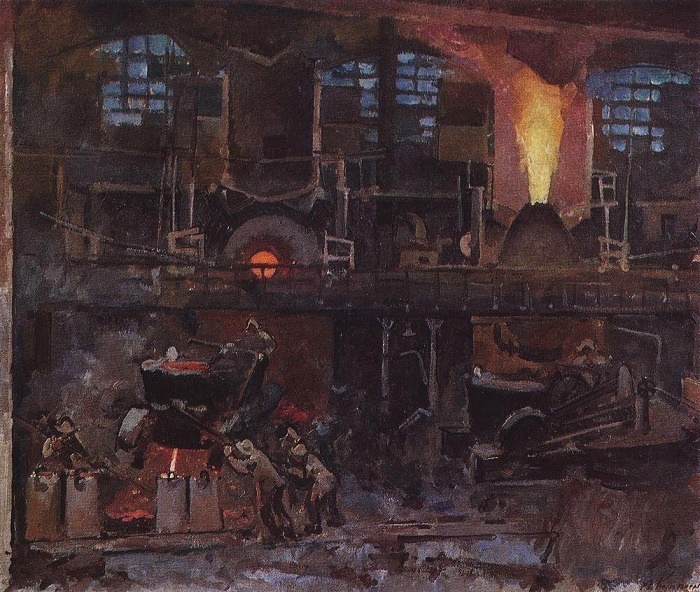 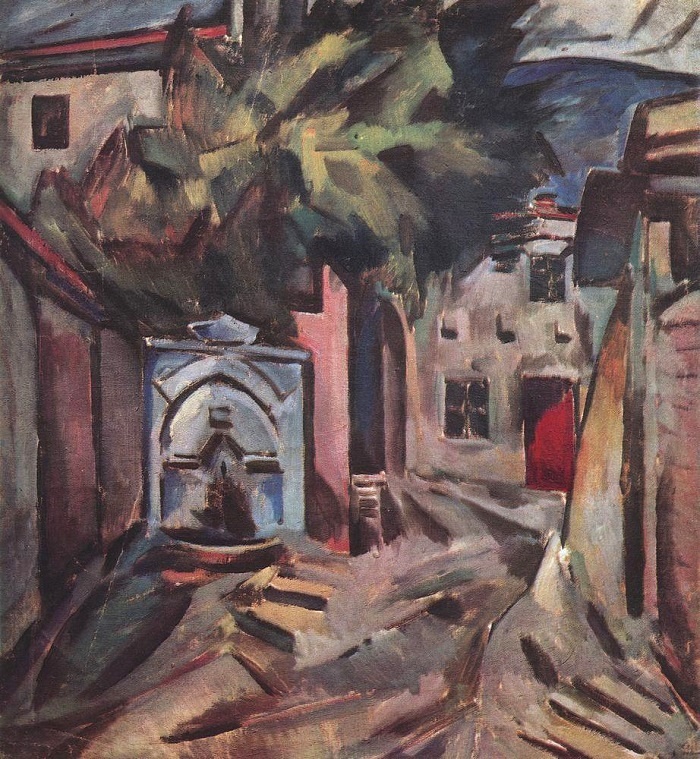 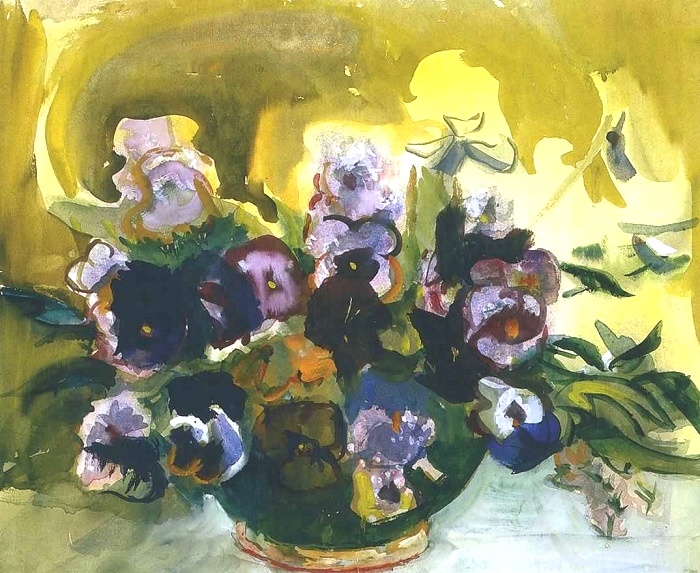 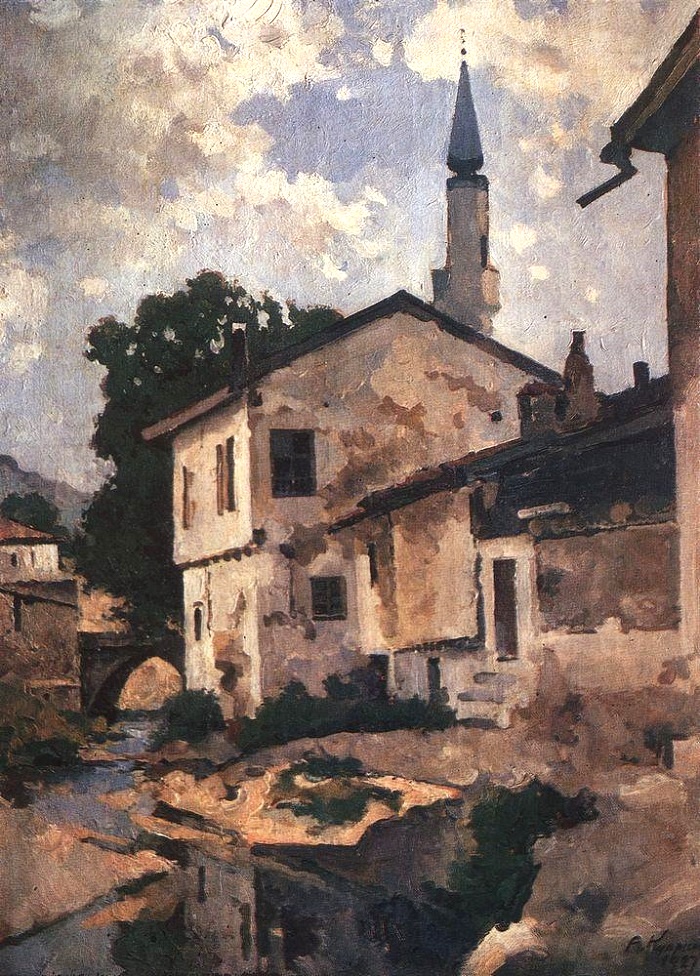 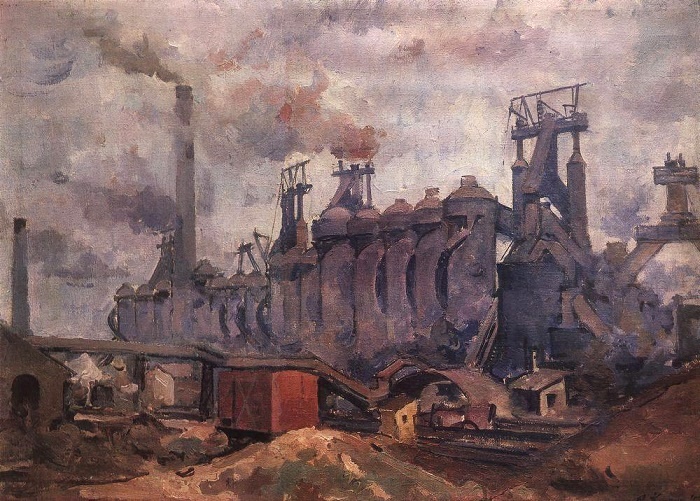 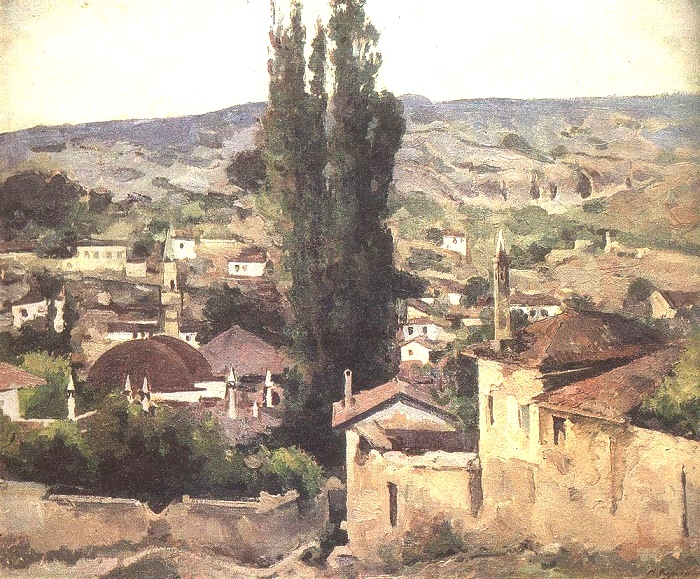 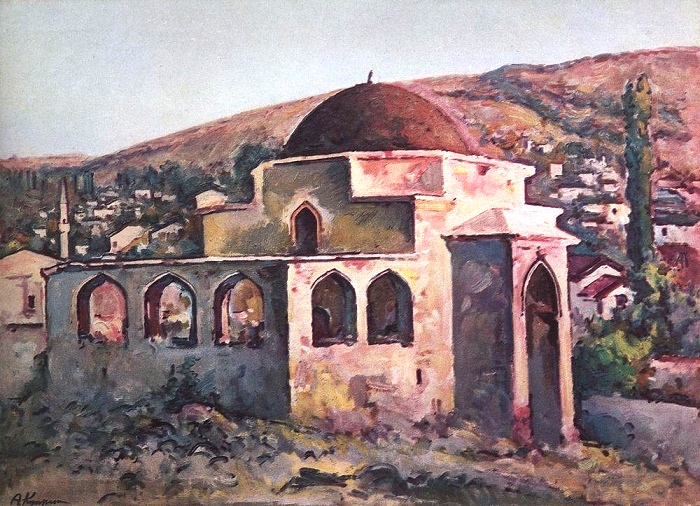 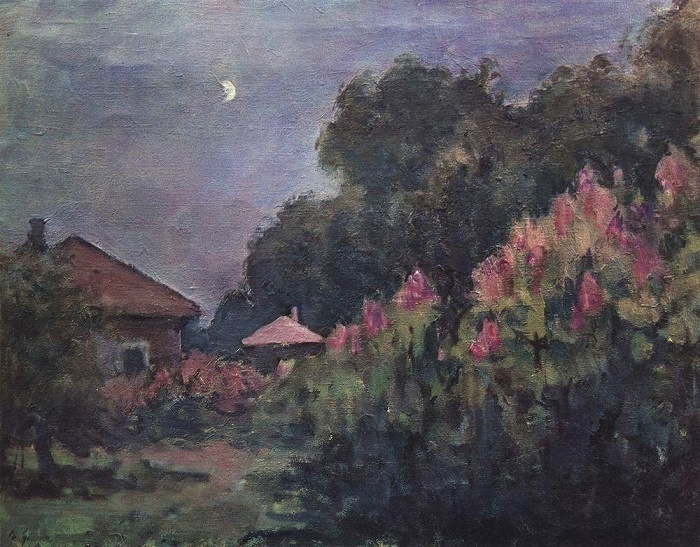 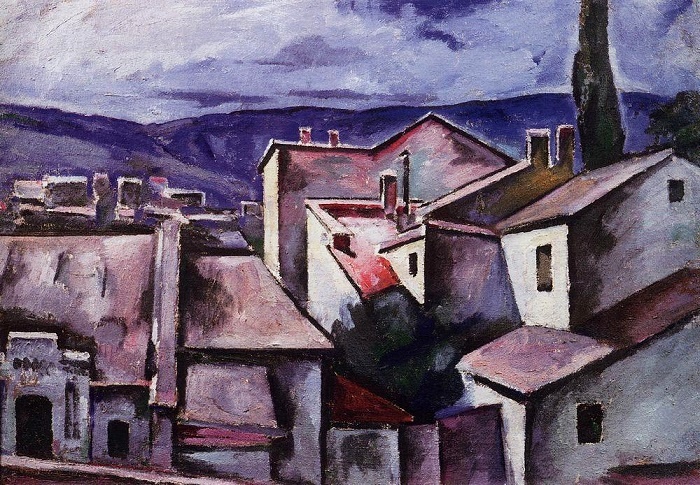 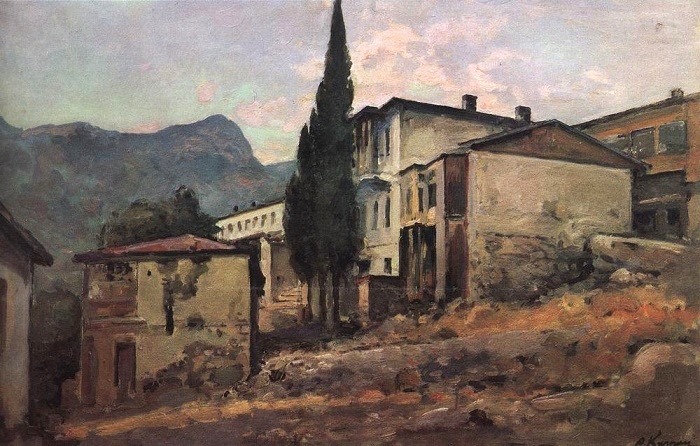 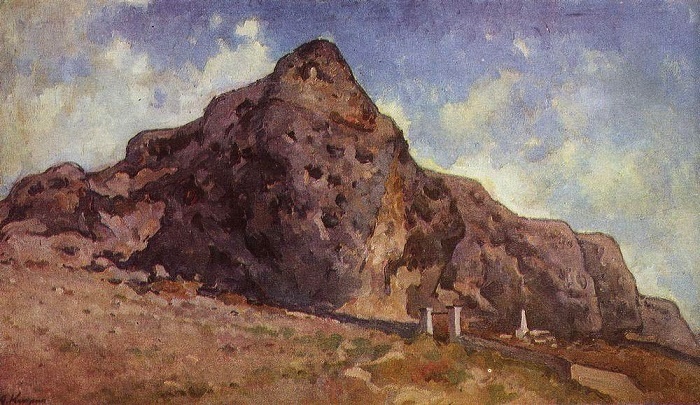 Rocks in the Russian suburb in Bakhchisaray. 1930 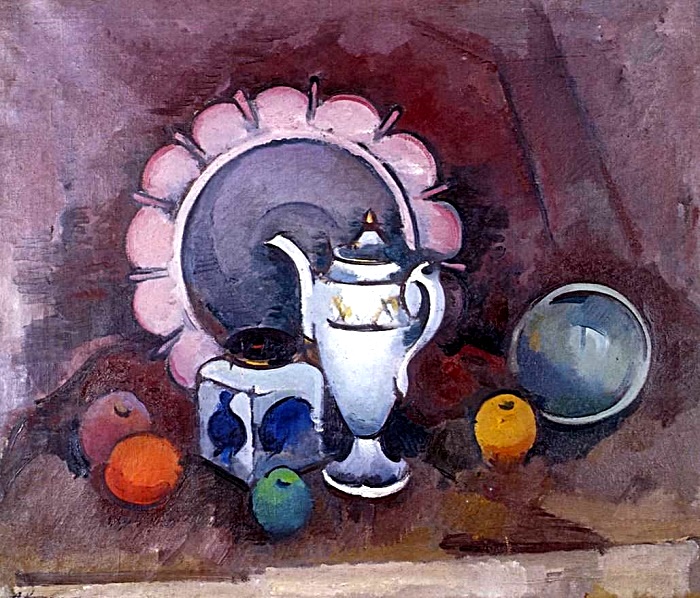 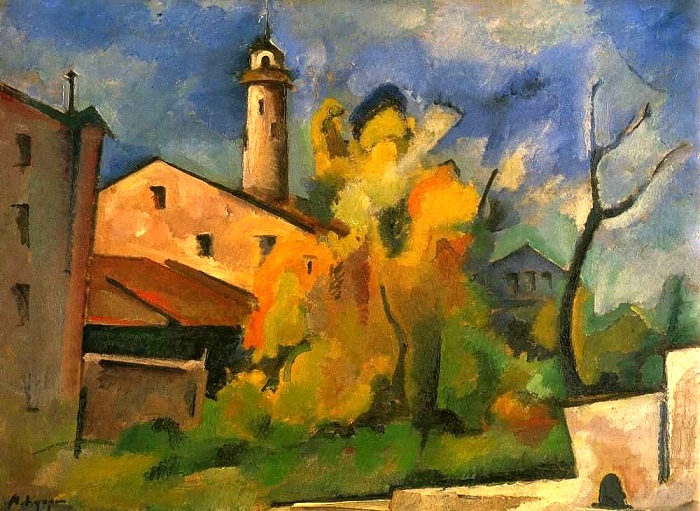 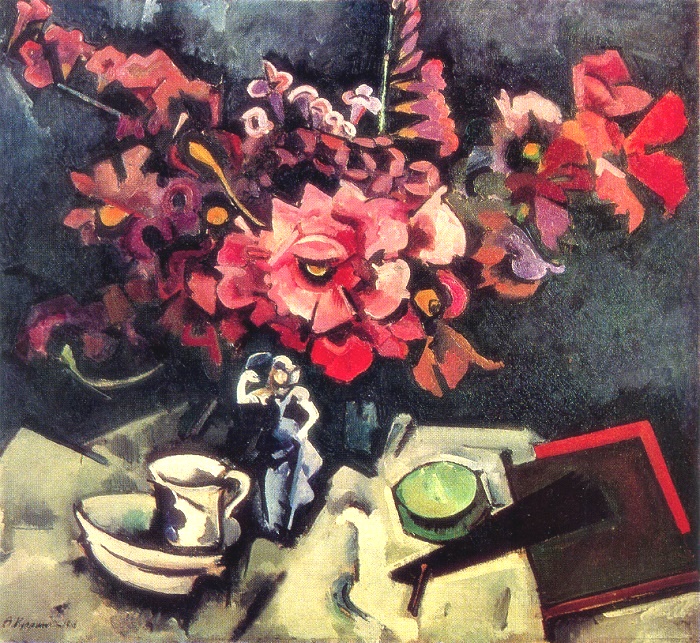 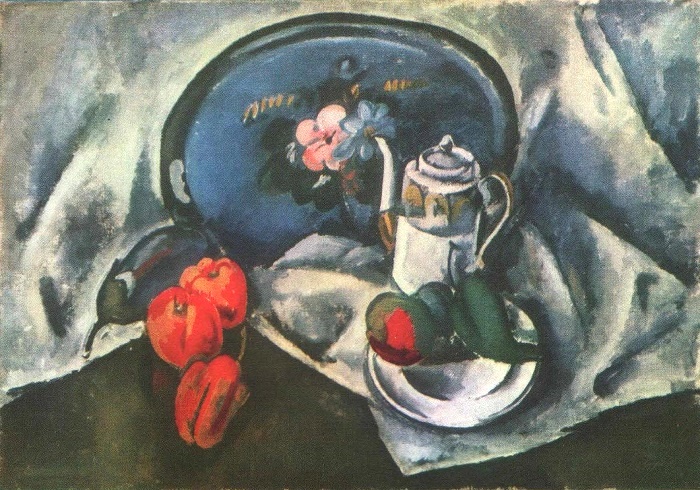 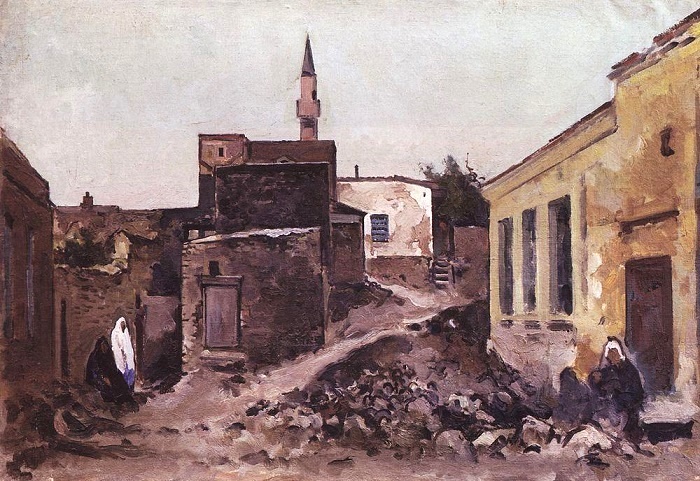 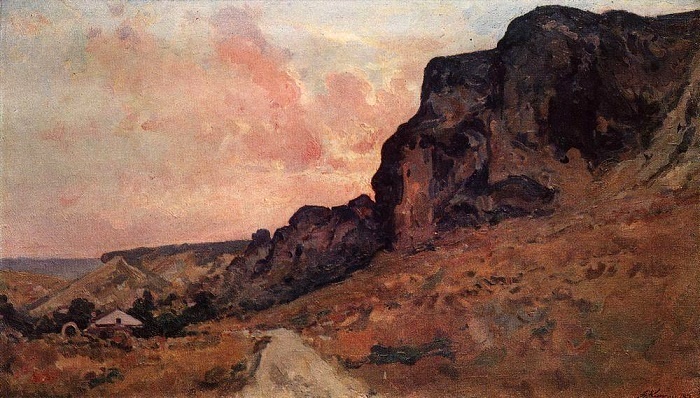 Sunset in Russkaya sloboda in Bakhchisaray. 1936 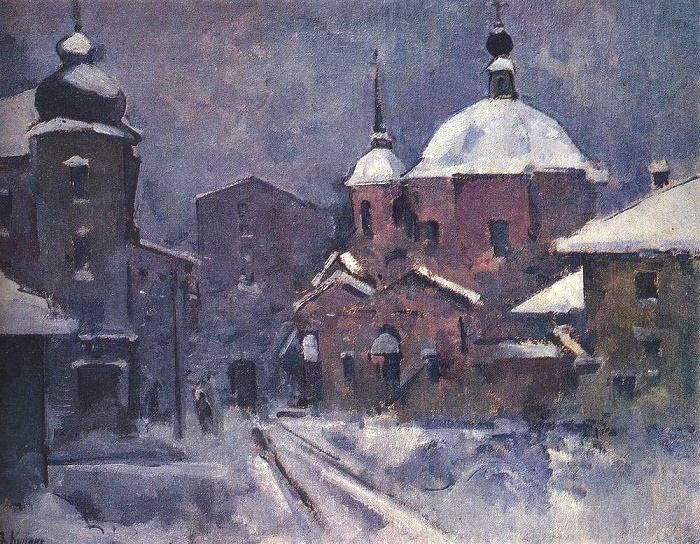 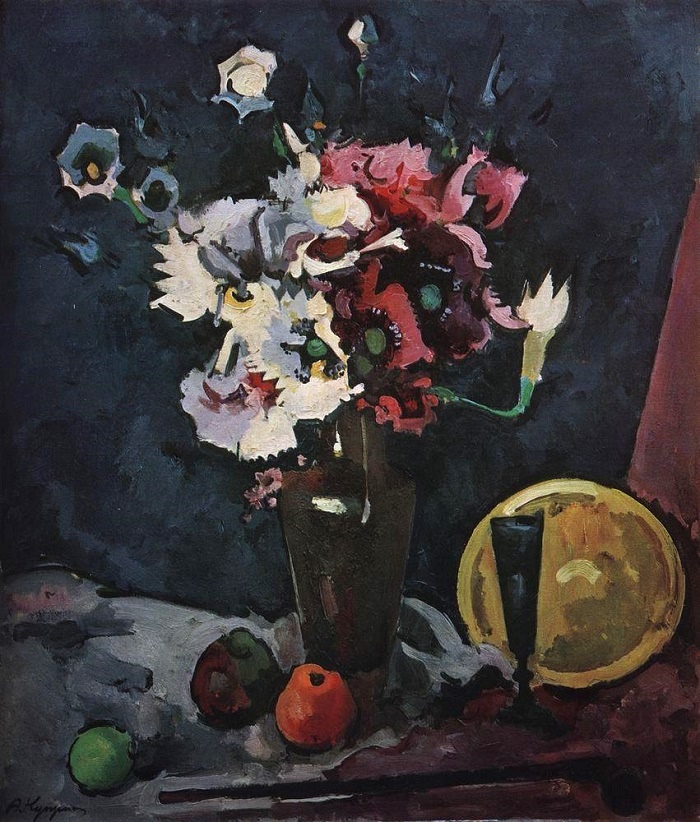 White and pink artificial flowers against the black background, with a yellow bowl and a blue goblet. 1929