Soviet artist Sergey Vasilievich Gerasimov (1885-1964) studied at the St. Petersburg State Art and Industry Academy named after A. L. Stieglitz, workshops of KA Korovin. And later also in the workshop of Korovin at the Moscow School of Painting, Sculpture and Architecture. Member of the associations “Moscow Salon” (1911-1920), “World of Art” (1920), “Makovets” (1921-1922), Association of Moscow Artists (1926 -1929), and Association of Artists of Russia (1930 -1932). Professor St. Petersburg State Art and Industry Academy (since 1950). People’s Artist of the USSR. Full member of the Academy of Arts of the USSR. Laureate of the State Prize of the USSR and Lenin Prize. His works are in the State Tretyakov Gallery, the State Russian Museum, the State Museum of Fine Arts of A. Pushkin, the State Literary Museum in Moscow, and others.

In 1907 he graduated from the Stroganov Central Art and Industrial School, where his teacher was KA Korovin, and in 1911 became a graduate of the Moscow School of Painting, Sculpture and Architecture, where he worked alongside with such artist as the legendary VA. Serov and A.E. Arkhipov.
In 1914, Gerasimov went to the front, where he served as an ordinary soldier until 1917. All-Union fame came to the artist after his works “Peasant” (1918), “On the Volkhov. Fishermen (1931), The Oath of Partisans (1933), The Kolkhoz Holiday (1937), The Mother of the Partisan (1943), and Kutuzov at Borodino (1952), which entered the gold fund of Soviet art.
Personal exhibitions of Sergei Gerasimov took place in Moscow, Leningrad, Riga, Bucharest, Warsaw, Prague and Bratislava.
In the homeland of Sergei Gerasimov in Mozhaisk, a museum of his name was opened. 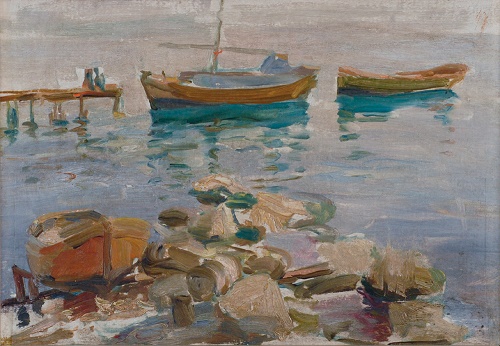 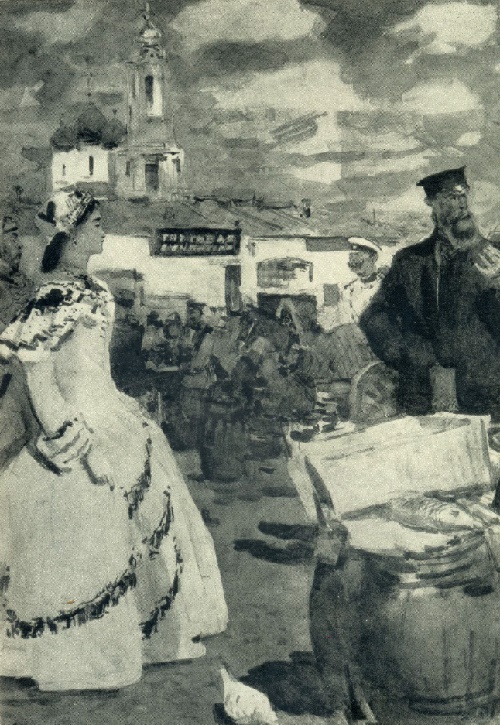 Illustration for the novel by Maxim Gorky ‘Artamonov case’. 1947. Watercolor 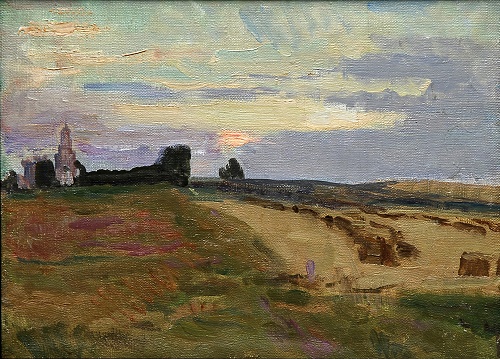 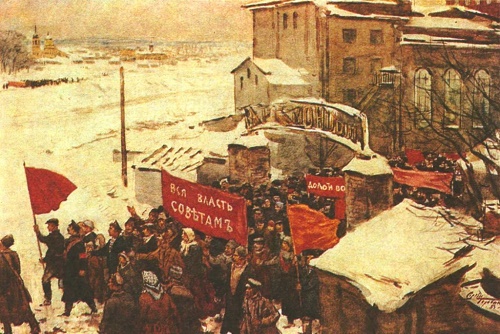 Sketch illustration for the novel of Maxim Gorky ‘The Artamonovs’ case’. Watercolor. 1946-1954 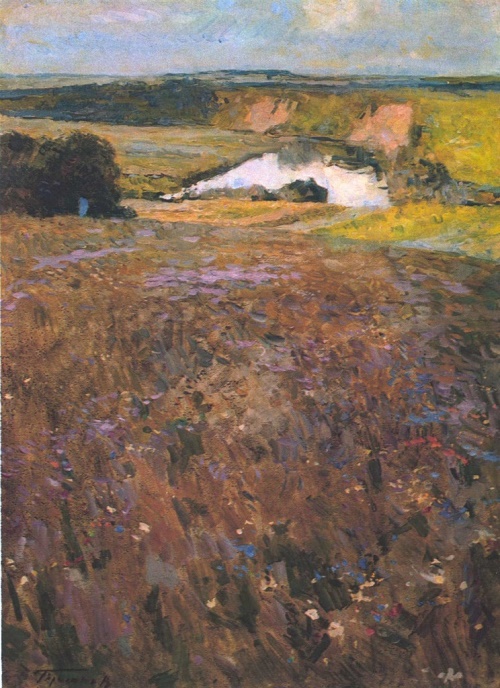 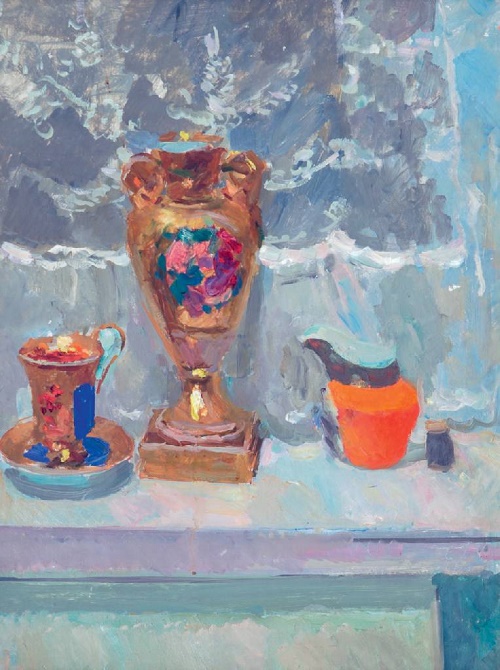 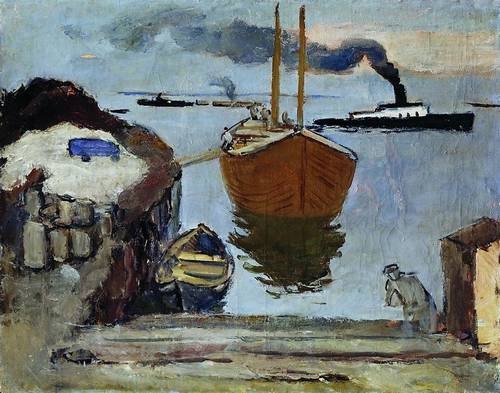 Evening in the port. Arkhangelsk. 1932 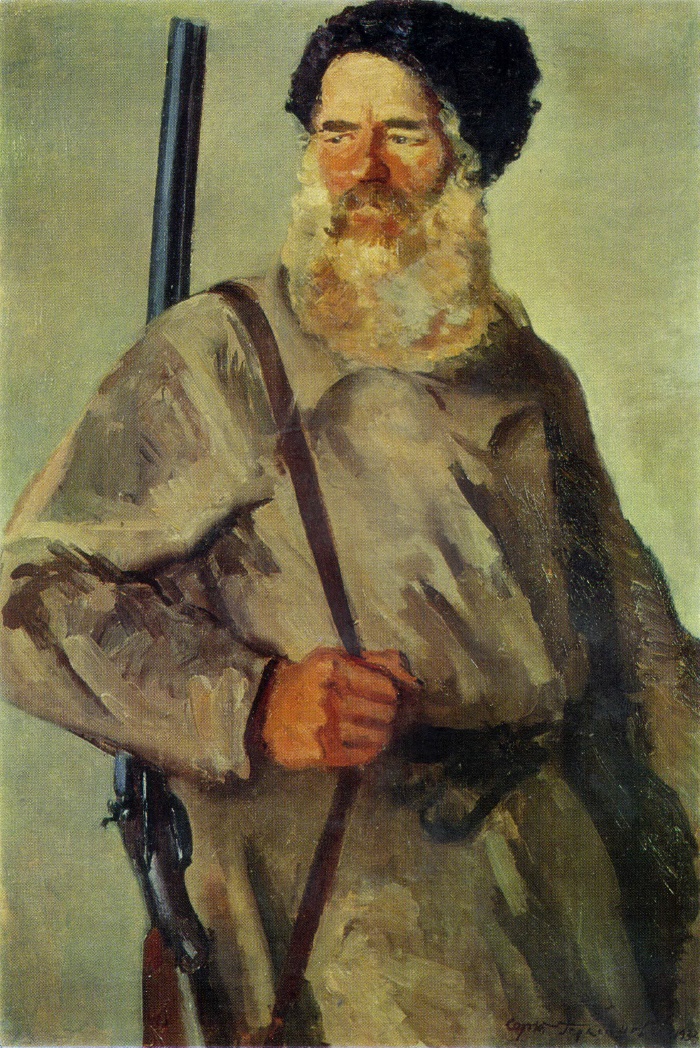 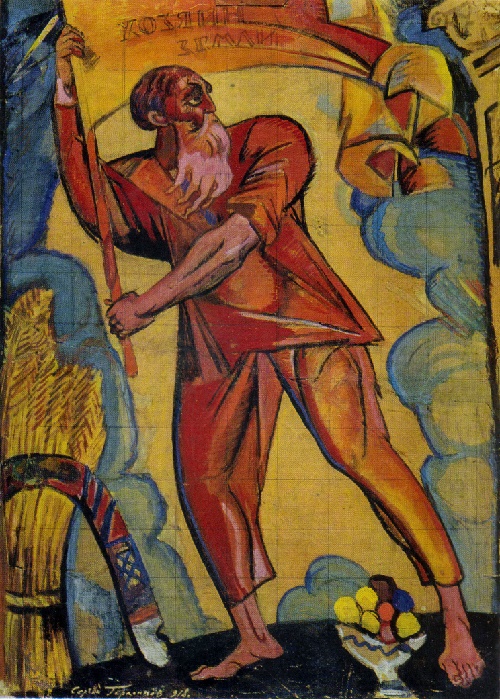 The land master. Sketch of a panel for the festive decoration of Moscow for the first anniversary of October. Gouache, watercolor. 1918 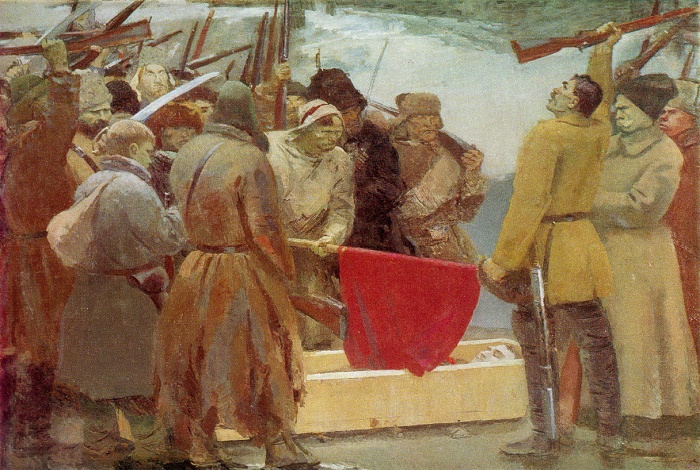 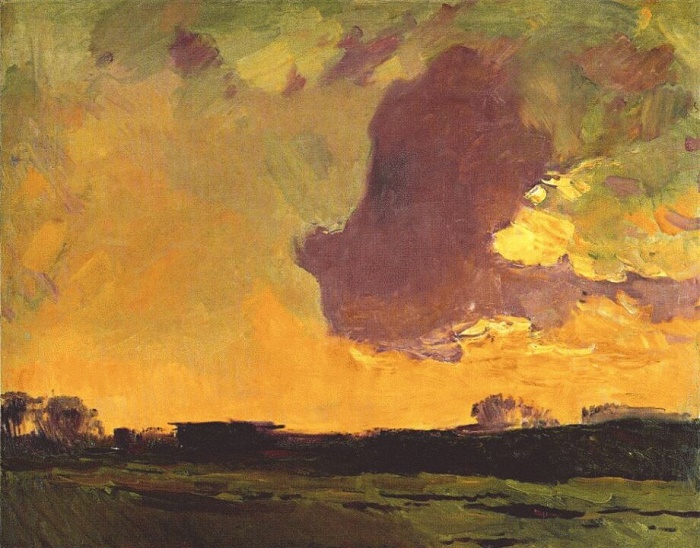 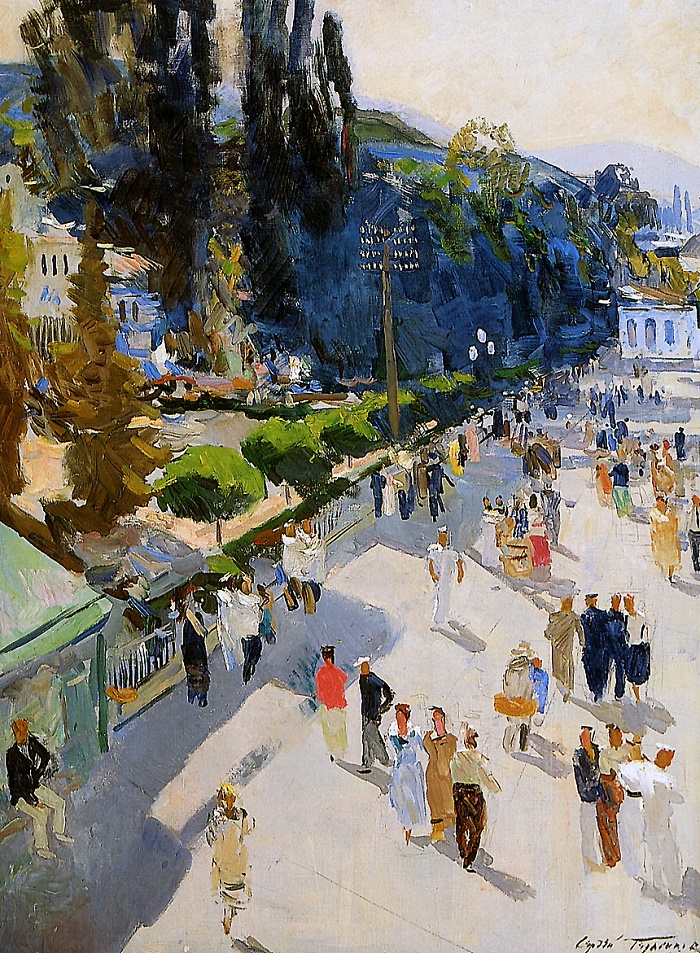 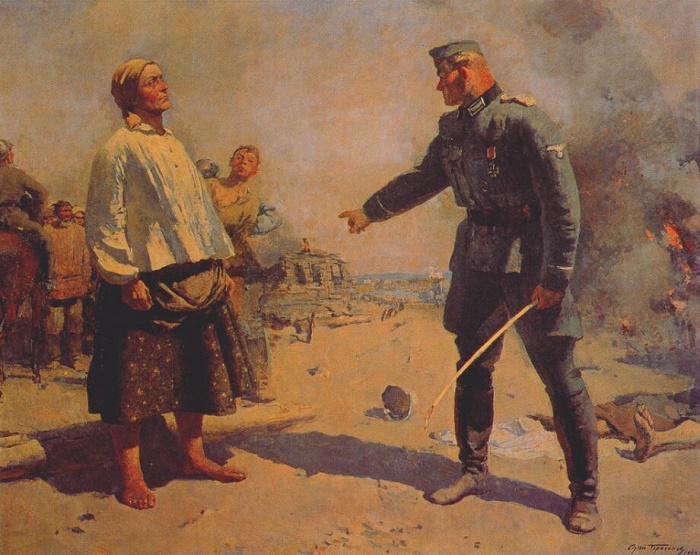 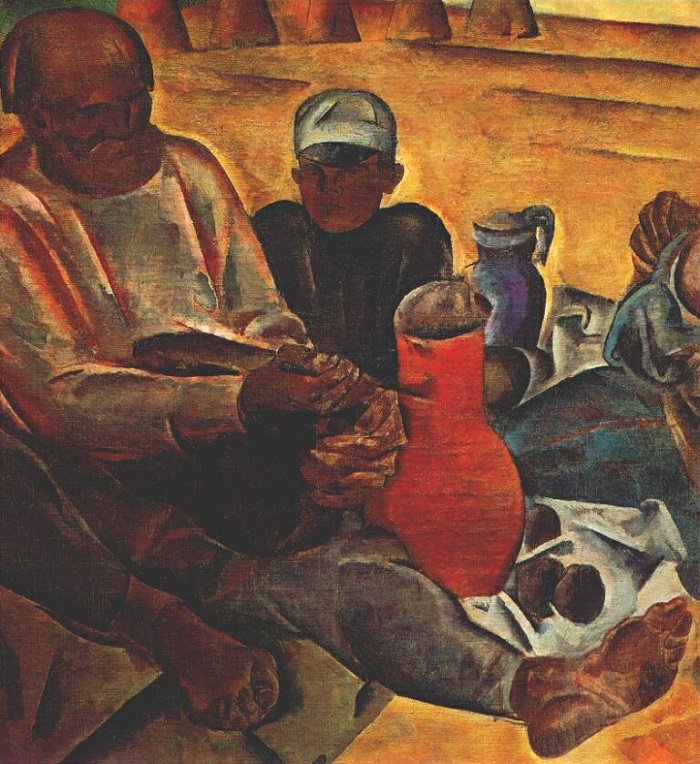 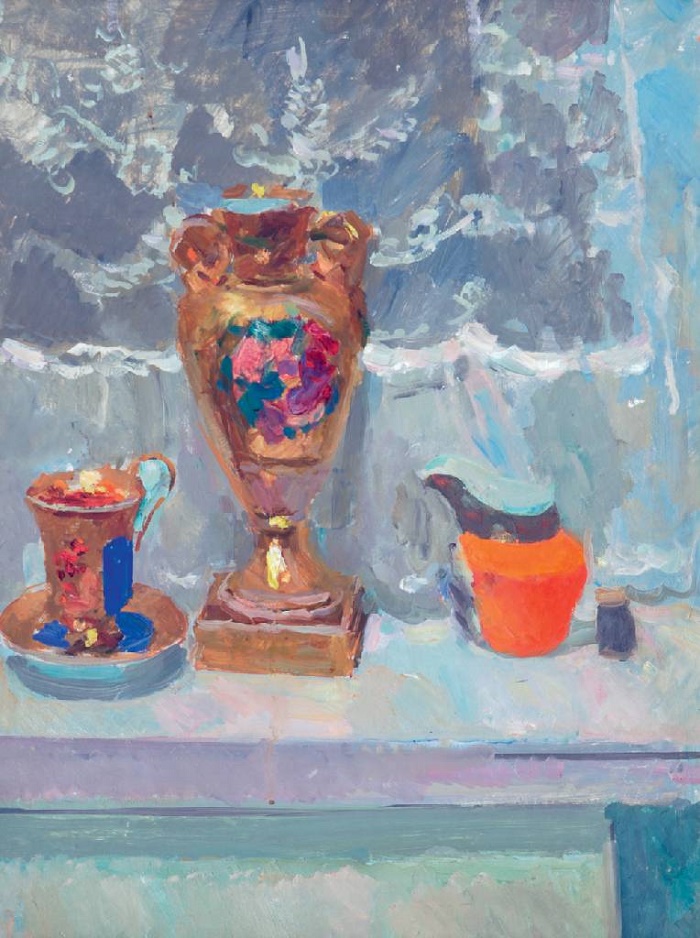 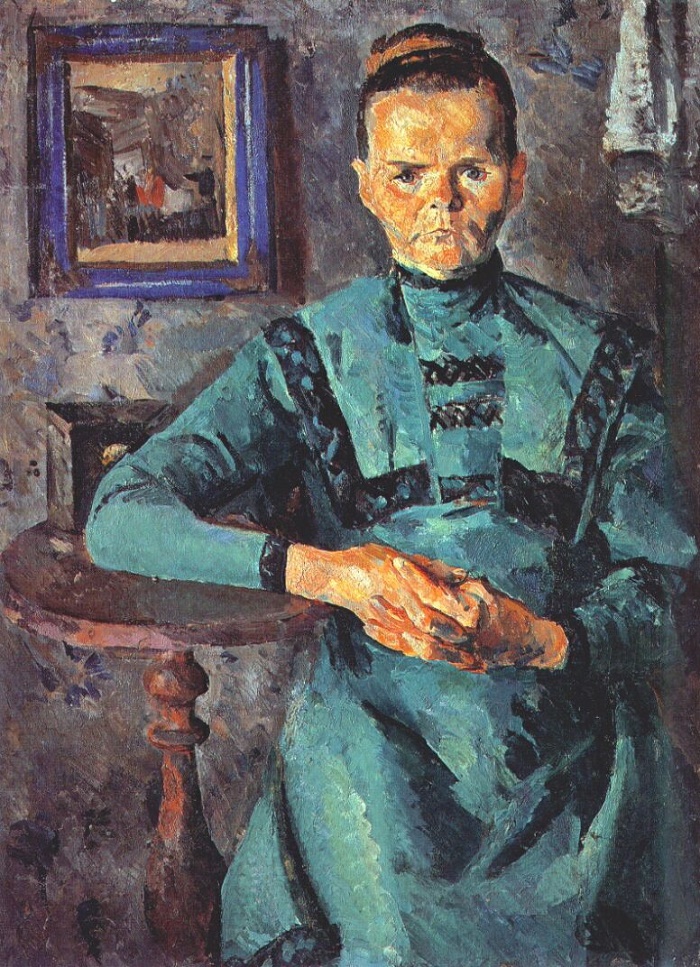 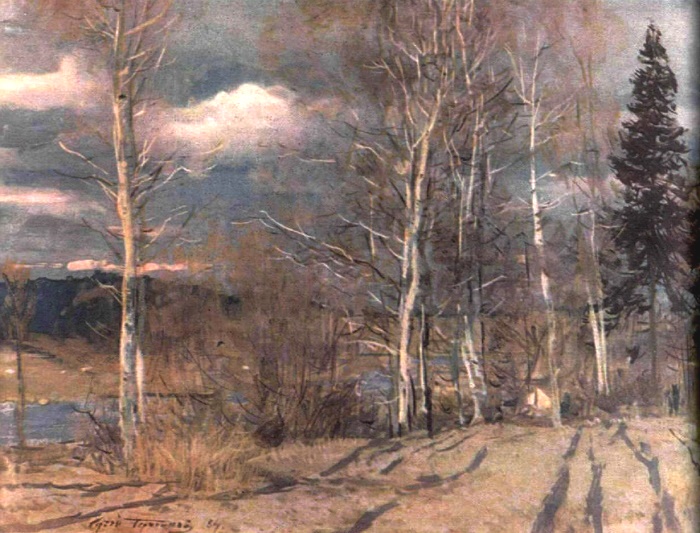