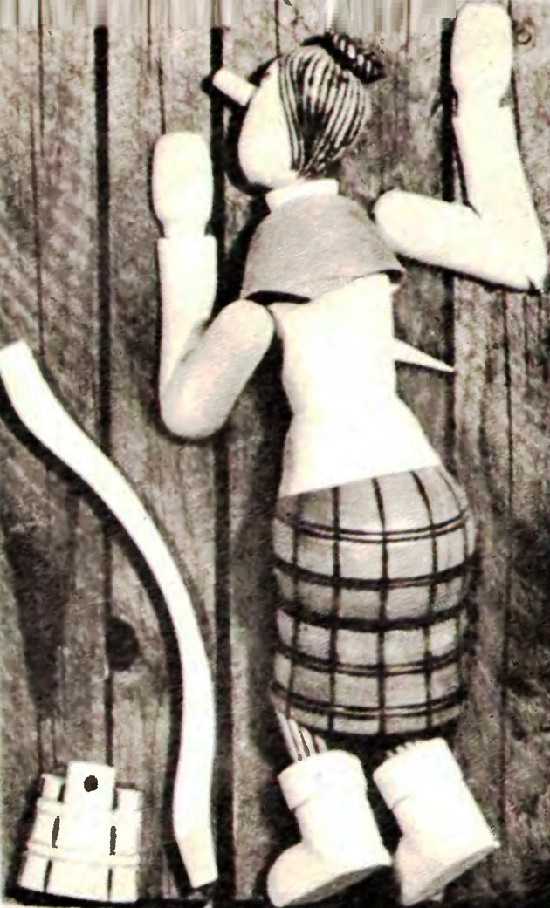 The wood has always been marble and granite of Russia. And the closer to the north, the more sonorous, softer and more mysterious it became. But as in old good time, today you have to be a master to see a fairy-tale buffoon in a log and, in worthless little chips, a round dance of charming young girls. And not only skill is necessary, not only talent, there is a need for a soul, consonant with the living and warm spirit of wood, credulity to it. Such a master was Valery Zhigaltsev who worked in Kirov. According to Zhigaltsev, his teachers became wonderful Dymkovo masters and old turners, with their rough hands making out the thinnest musical boxes with numerous secrets.
In fact, the heart of the artist’s works lies the style of Russian lubok (folk pictures). Zhigaltsev developed various themes in the toy: folk festivals, the history of transport, Russian proverbs and sayings, and others. All the artist’s works are imbued with subtle humor and kindness. 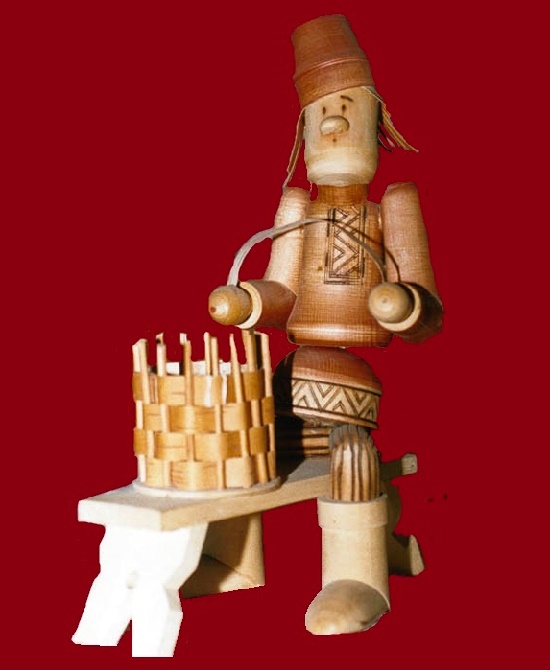 Born on March 24, 1949 in the settlement of Emelyanovo, Staritsa district, Kalinin region, Zhigaltsev graduated from the 8th grade of the Emelyanovsk school. In 1970 he graduated from the Correspondence National University of Arts named after NK Krupskaya at the Central House of Folk Art in Moscow. He received a professional art education at the Moscow Art and Industry College named after M. I. Kalinin at the department of artistic painting.
In 1974, Zhigaltsev went to the city of Kirov, and began working in the creative experimental laboratory of the art factory “Ideal”. However, at the Ideal factory he saw dull and endless rows of identical toys and handicrafts – a dead, dead tree. And there was a day when the main secret of folk art began to open: the world is a huge and cheerful holiday, a fair where all are necessary, craftsmen and buffoons, mermaids and devils, because everything is fun and good.

Then he was the leading artist in the Kirov Production Association “Umelets”, developing samples of products produced by the enterprise. Noteworthy, about 80% of wood products were made according to the samples of VV Zhigaltsev. Perfectly mastered this craft, he created a prefabricated lathe toy.
For him, wood was the most interesting and favorite material. But the greatest pleasure to the master was the turning of the tree. Starting with simple souvenirs, V. Zhigaltsev gradually expanded the subject of his products, began to perform the plot scenes, collect interesting decorative panels. The artist perfectly mastered the turning processing of his favorite material – wood skillfully combined with birch bark, burning, toning and painting.

Meanwhile, Zhigaltsev is a master who made a name and glory in the all-Union scale: photographs of his works regularly appeared on the pages of the central print media – the magazine Krestyanka, Izvestia, and Moscow News. He was in demand and recognizable artist who invented himself. Now many people try to copy him.

Russian artist Valery Zhigaltsev showed his fairy-tale art not only in the USSR, but also abroad. He visited Germany, Greece, Finland, Korea, Spain and other countries.
From the mother he inherited a kind and gentle character, a human attitude to the world around him. Between the mother and her son there were always warm, family relations. V. Zhigaltsev planned to visit the US, but in 1994, almost on the eve of his departure, he suddenly died at the age of 46. 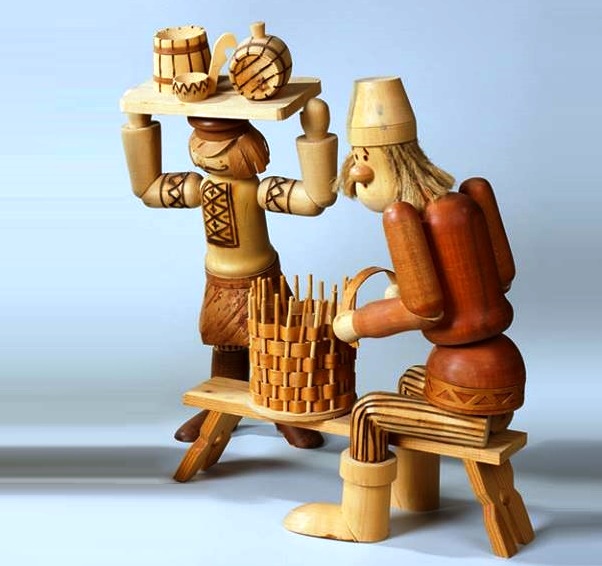 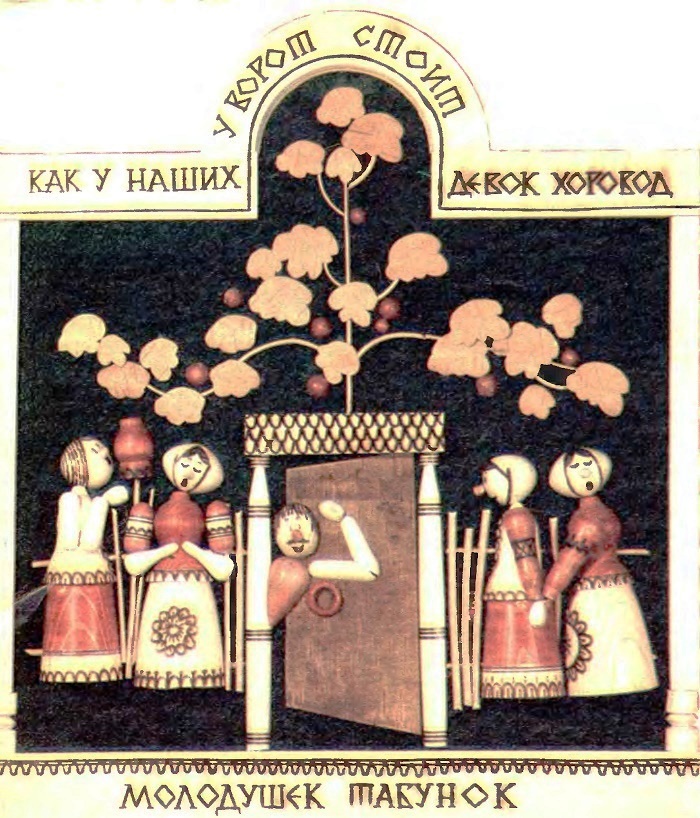 Beautiful girls stand at the gates of a guy 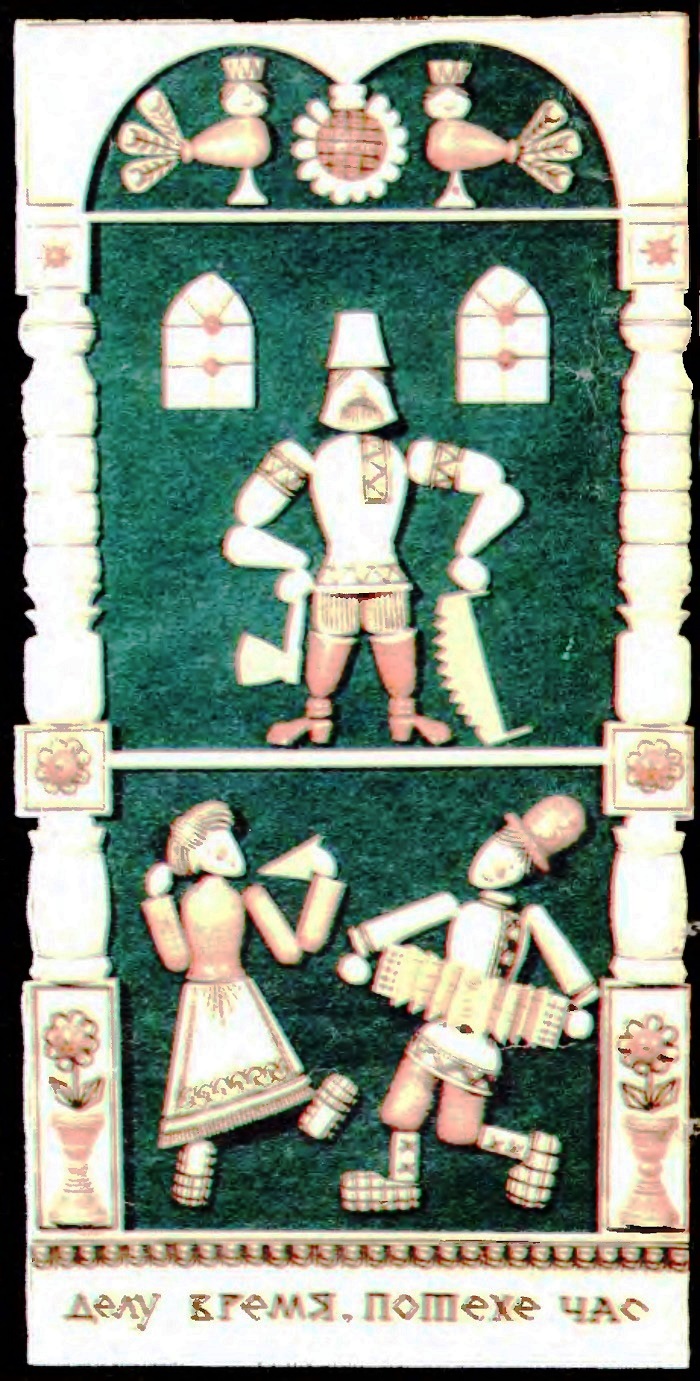 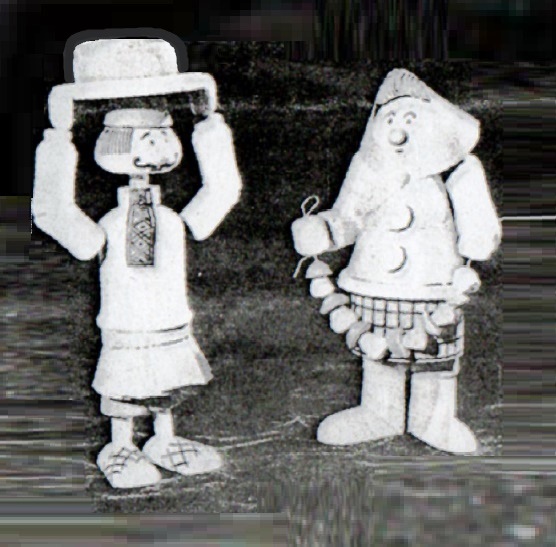 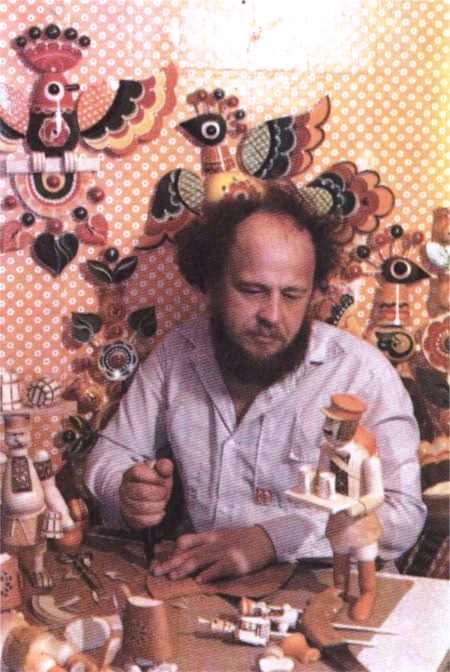 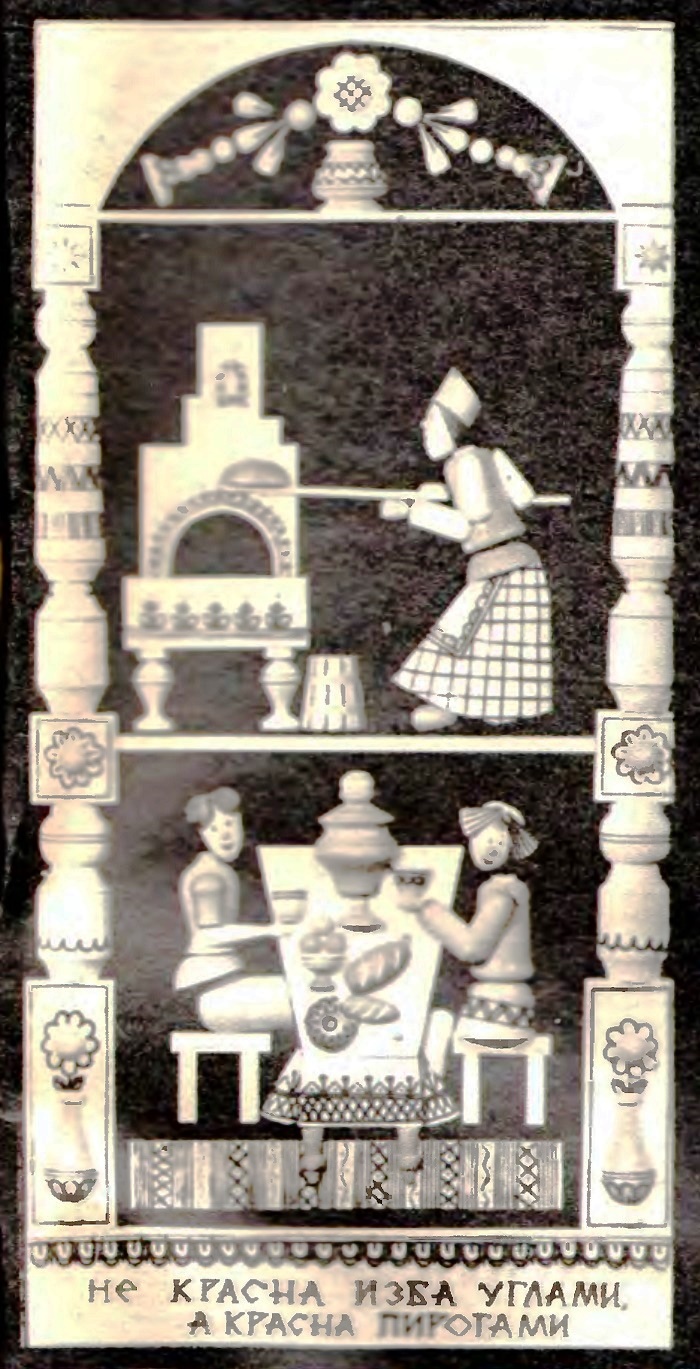 It is the tasty pies that make the house attractive, but not its decor 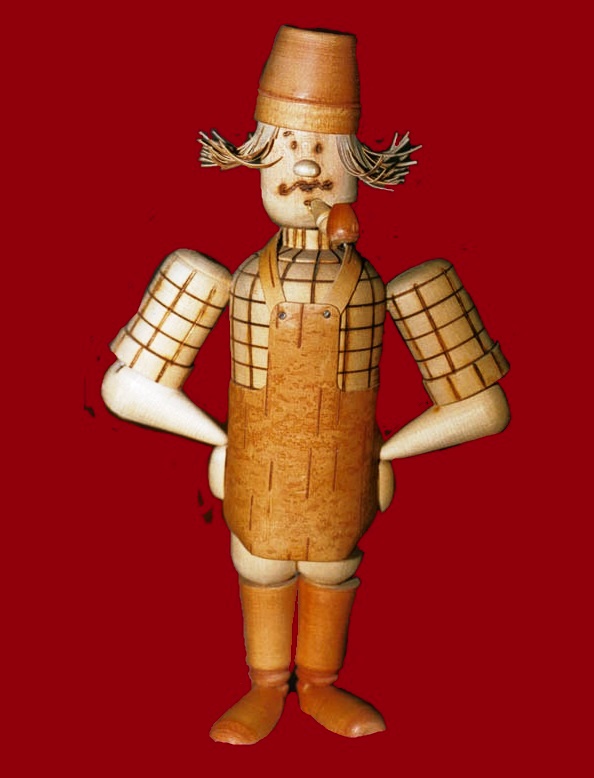 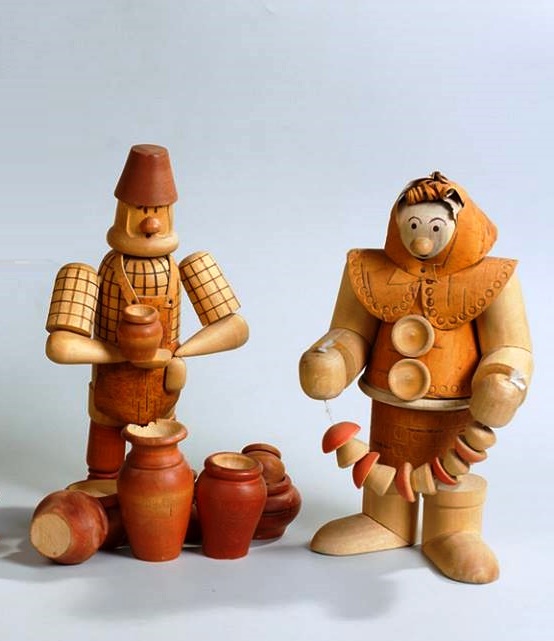 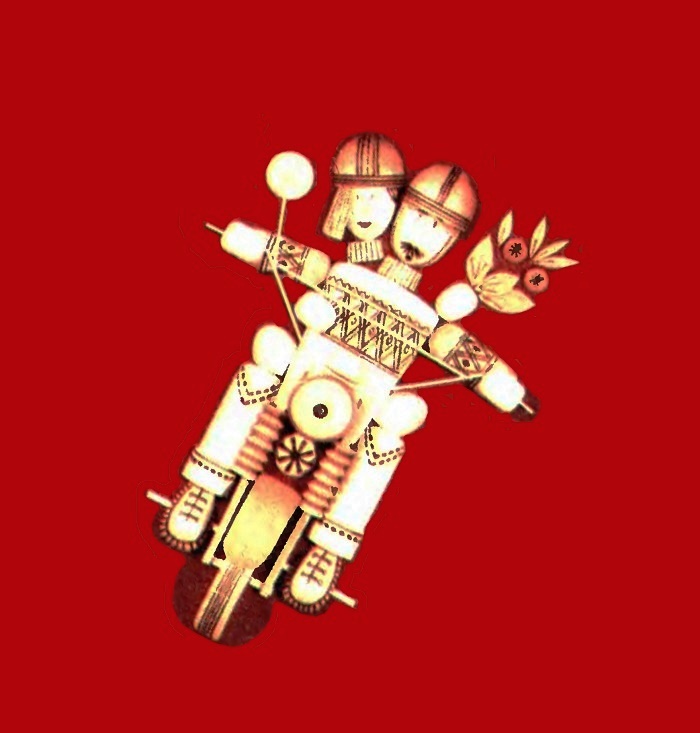 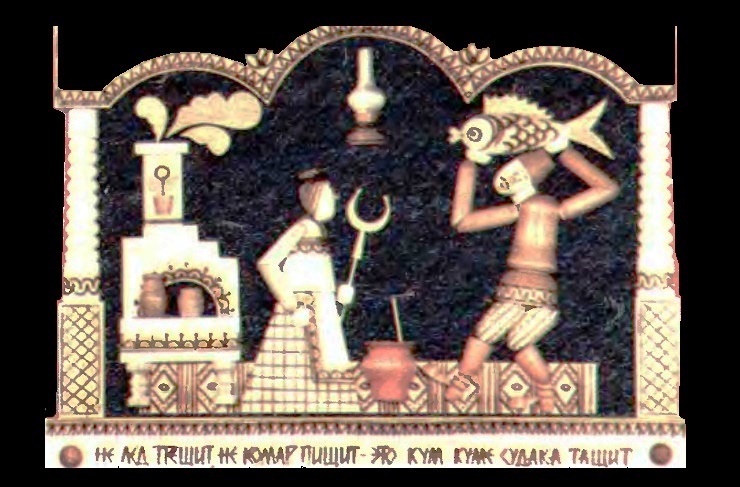 No ice cracking, no mosquito squeaking, this is the relative with a pike in his hands coming 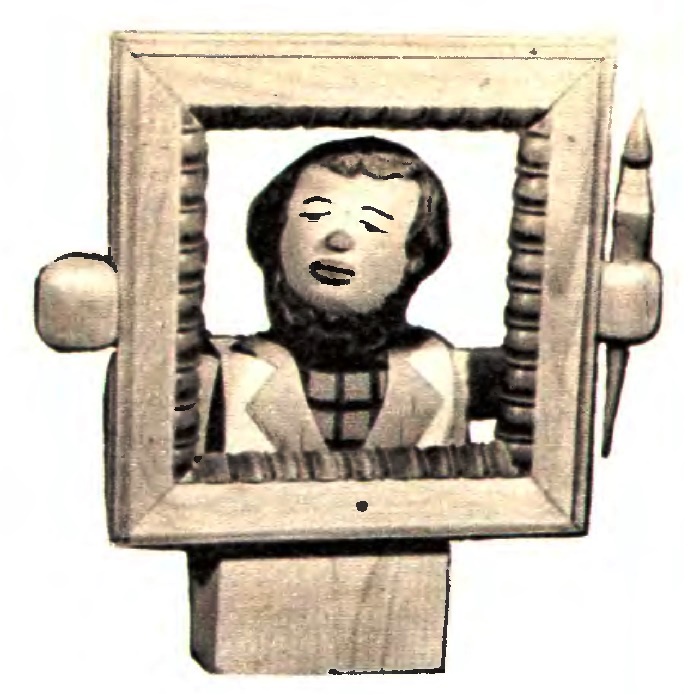 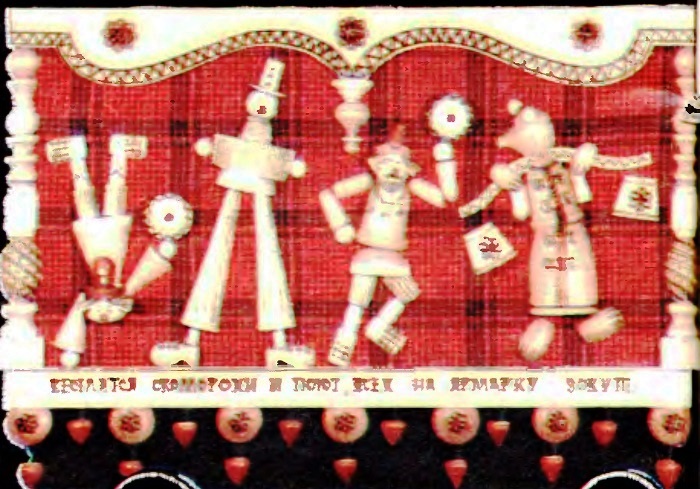 Skomorokhs are having fun and sing – inviting for the fair 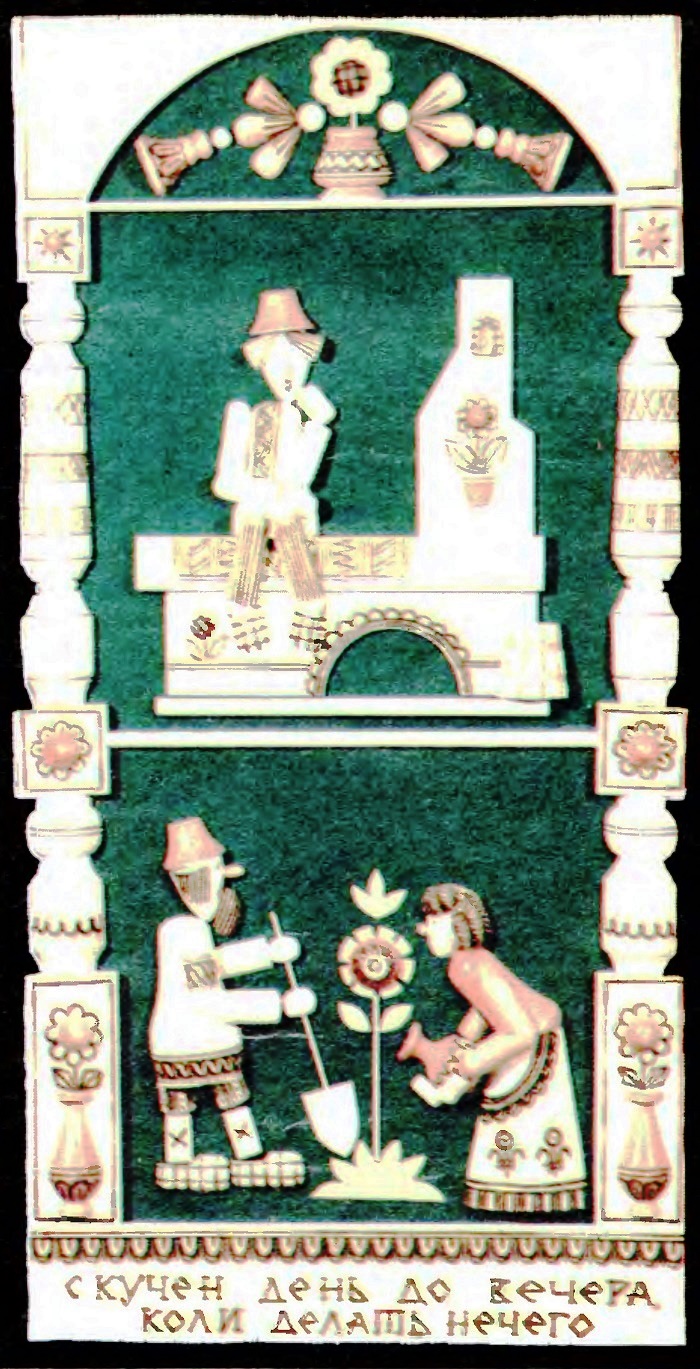 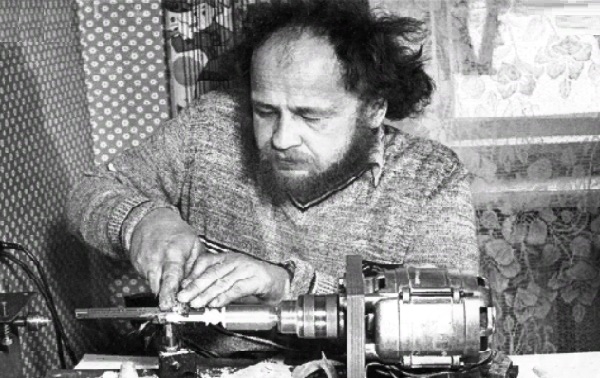