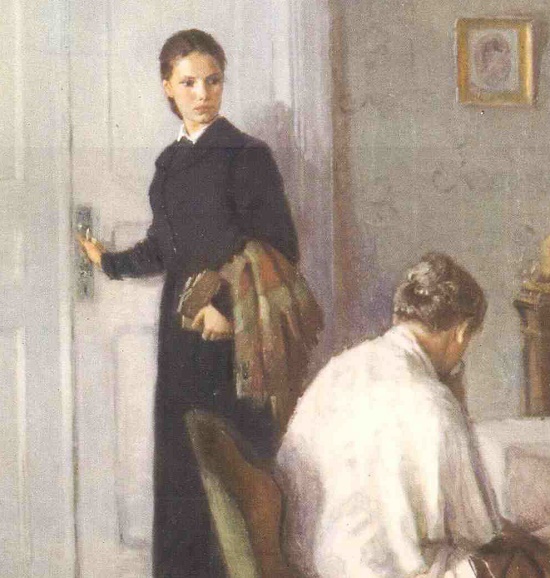 Soviet artist Marina Andreyevna Ivanova
July 11, 1959 the Pilnitz castle (Schloss Pillnitz), near Dresden, opened an art exhibition of diploma and course works of students of Art Institutes of Surikov and Repin. The exhibition, in particular, included 9 diploma, 35 course etudes and 84 graphic works. Soon after the opening of the exhibition, Max Zeidewitz, director of the state art museums in Dresden, expressed his desire to acquire one painting. It was painting “Sofia Kovalevskaya” created by Marina Ivanova, graduate of the Moscow Art Institute named after Surikov.
The Presidium of the Academy of Arts of the USSR decided to transfer the picture of the Soviet student as a gift to the Dresden Museum and timed this gift for the celebration of the decade of the German Democratic Republic. That’s how this picture appeared in Germany.
Unfortunately, I could not find a detailed biography of the artist, except the article published in the Soviet magazine “Rabotnitsa” in 1963, four years before the death of a talented artist. According to the author of the article, she worked a lot – Marina’s studio was literally filled up with portraits of contemporaries … 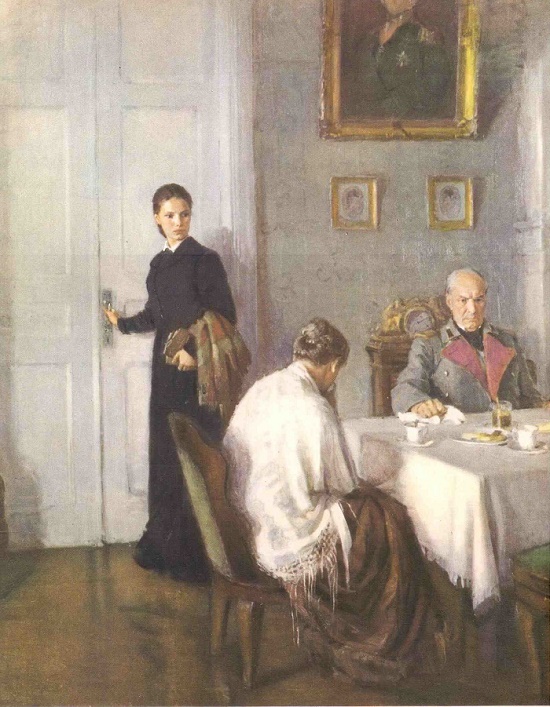 Marina Andreyevna Ivanova studied at the Moscow Art Institute named after Surikov (1949 – 1955). First, it was the studio of a famous Soviet artist Dmitry Mochalsky, and then F.A. Modorov. Next, she studied in the creative workshop of Boris Ioganson at the Academy of Arts of the USSR (1962 – 1965). She lived in Moscow, and participated in exhibitions since 1956. Marina Andreyevna Ivanova taught at the art school (1955 – 1956), and at evening courses at the Surikov Institute (1958 – 1962). 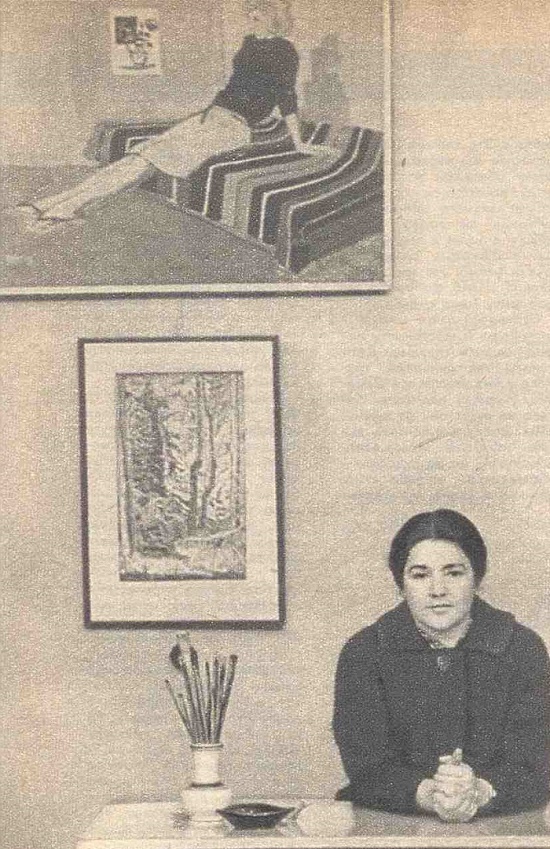