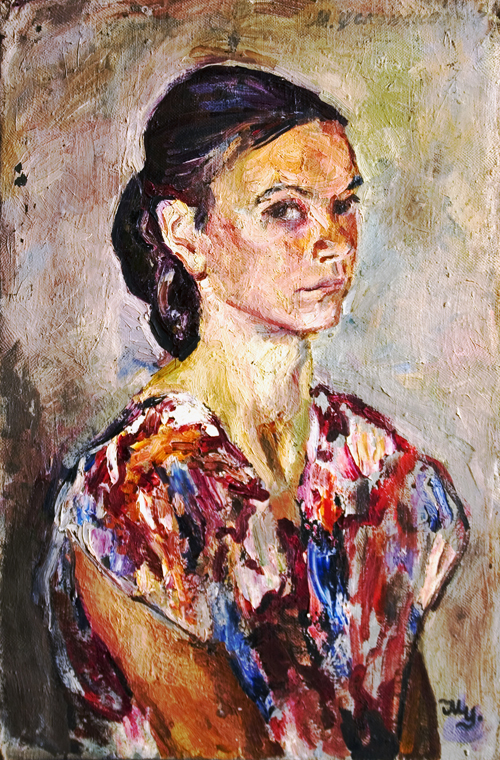 Soviet artist Marina Uspenskaya (June 18, 1925 – 2007) – a book illustrator, in perfection owning virtually all graphic techniques. Member of the Union of Artists of the USSR. Marina Evgenievna Uspenskaya was born in Moscow on June 18, 1925. She grew up in a family with serious artistic traditions. Her grandfather was a member of the USSR Academy of Arts painter Vasily Navozov. She studied at the Art School in memory of 1905 under the leadership of VA Shestakov (1947). She continued her education in the workshop of Book Art of Moscow State Art Institute of Surikov, where her teachers were MM Cheremnyh and VA Degtyarev. Uspenskaya was married to a famous Moscow artist, academician Boris Uspensky (1927 – 2005). 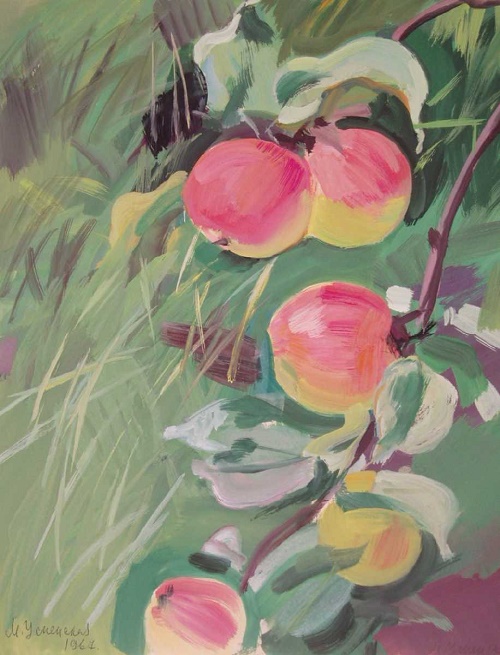 Uspenskaya has found her calling in illustrating children’s books. For almost half a century biography of Uspenskaya illustrated more than two hundred children’s books. She created illustrations for a total of more than 115 million books and postcards. For a long time Marina Uspenskaya cooperated with publishing houses “Children’s Literature”, “Detgiz”, “Baby.” Since 1958, and until the end of 1960 was one of the leading artists of “Murzilka” magazine.

Uspenskaya has become well known for the illustrations to classic Russian fairy tales. Books with her illustrations were published not only in Russia but also in Czechoslovakia, France, India and Japan. Among them: the fairy tale “The Snow Maiden”, “The Wolf and the Seven Little Kids”, “Hen Ryaba”, “Three Bears” by Leo Tolstoy, “The Scarlet Flower” by ST Aksakov, “Alenushka’s tale” by DN Mamin-Sibiryak, “Childhood of Tema” by NG Garin-Mikhailovsky, “Horse” by Lev Kvitko, “Difficult verses” by Elena Blaginina, “Giant” by George Ball, “Cabbage leaf” by Elena Bekhlerova, “Sit down and listen” by Silva Kaputikian, “Let us be reconciled!” by Marina Boroditskaya, “Krupenichka” by Nikolai Teleshov, “Silver hoof” by Paul Bazhov, “Masha’s tales” by Sophia Prokofieva, “Child bus” by Z.Aleksandrova, “The rain went for a walk” by Emma Moshkovskaya, “My captain” by Galina Demykina, “Resentment” by Agnia Barto, “About a donkey” by Yakov Akim, collections of short stories by Chekhov and Gorky, and many others. Marina Uspenskaya often turned to the same works, sometimes illustrating them quite differently. 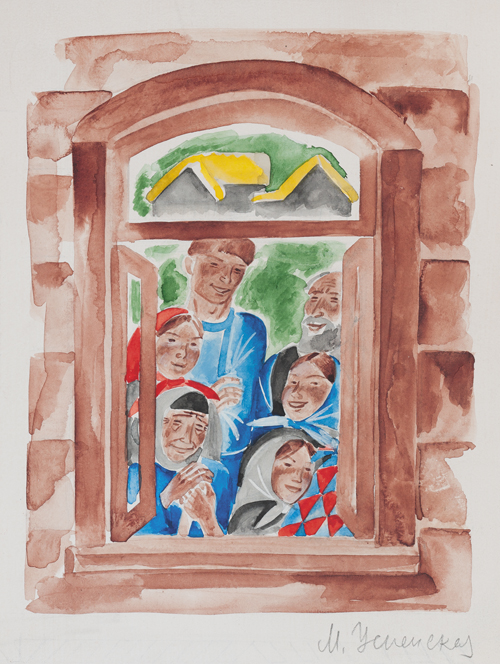 Over the years of creativity has changed her favorite graphic technique: ink, watercolor, gouache, colored pencil. She loved crayon, which she did not leave in the metro in the evening or at the ballet performance. The colors changed too: to the gentle clean tone increasingly added expressive red and orange … . Changed the style from the picturesque genre scenes to flattened, concise, almost symbolic compositions. Remained unchanged her bright personality, expressiveness of any work, whether a book illustration or a picturesque landscape of Tarusa – place where her family spent holiday and vacation. 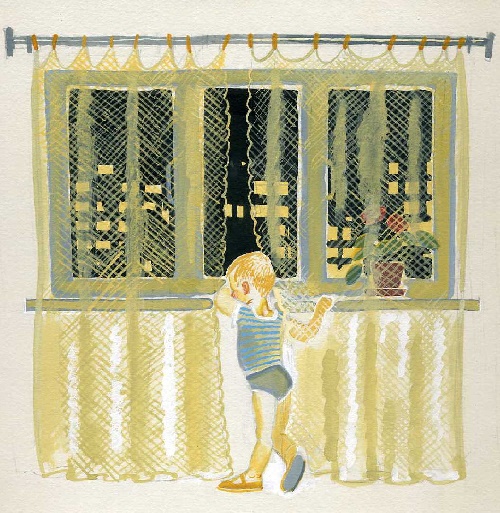 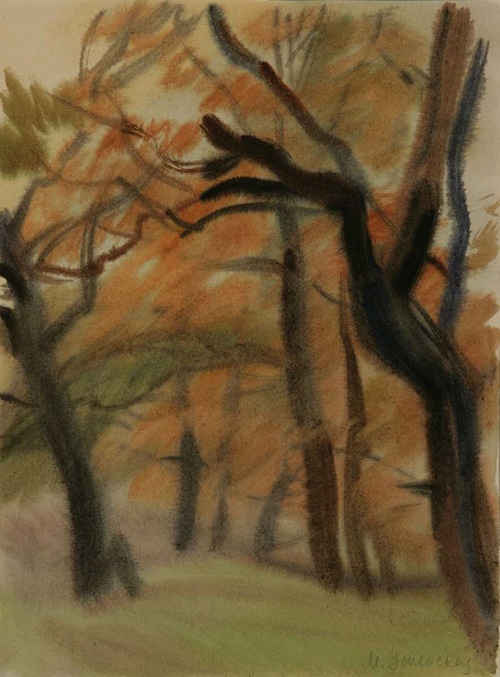 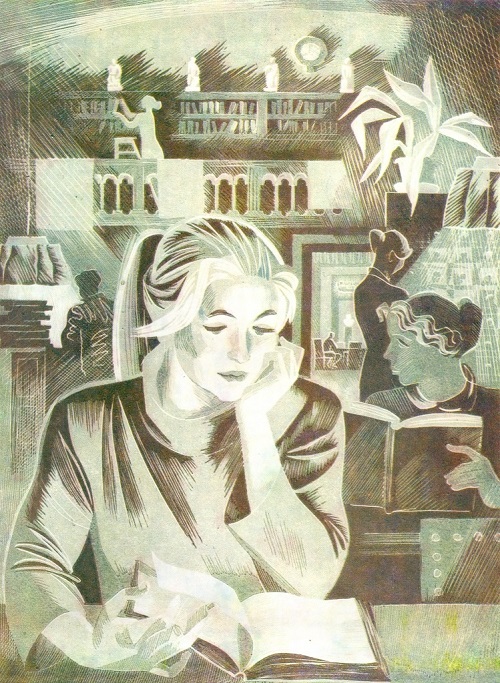 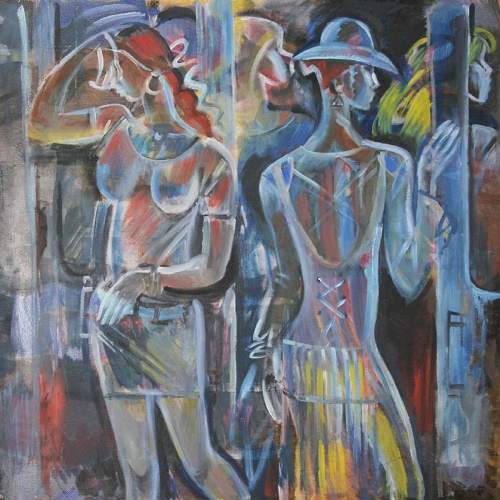 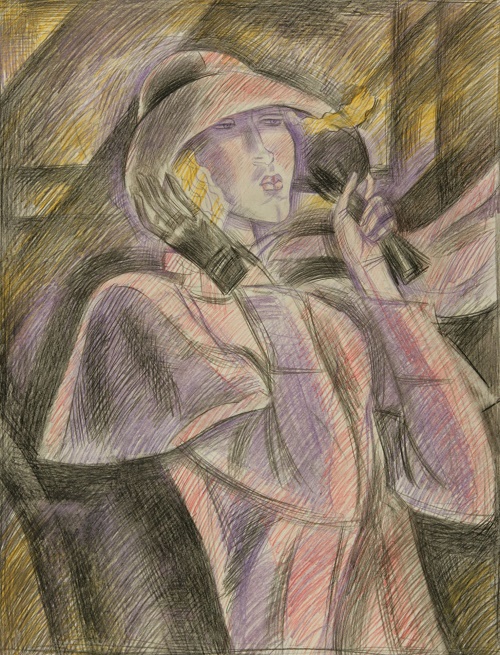 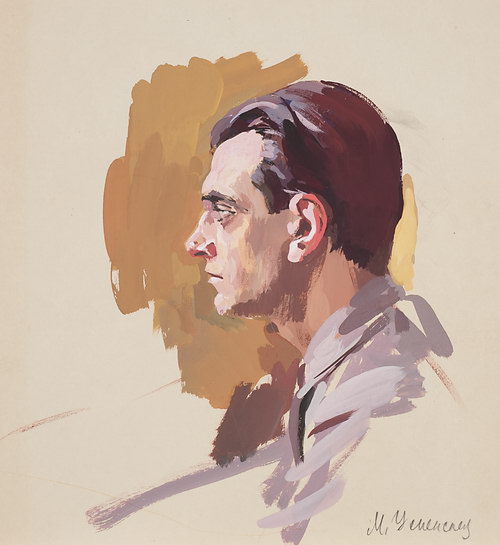 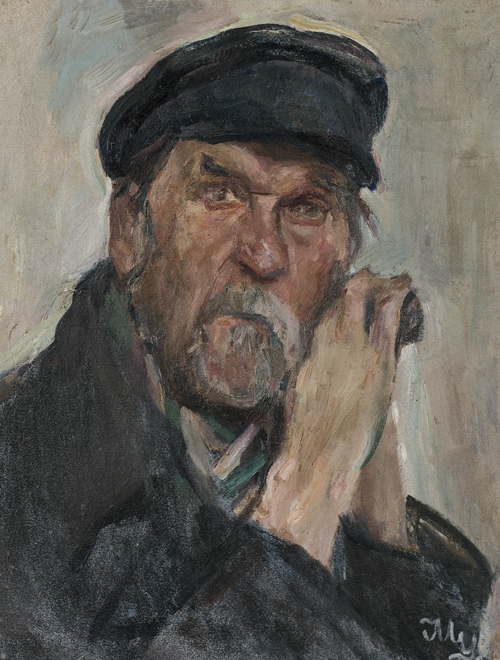 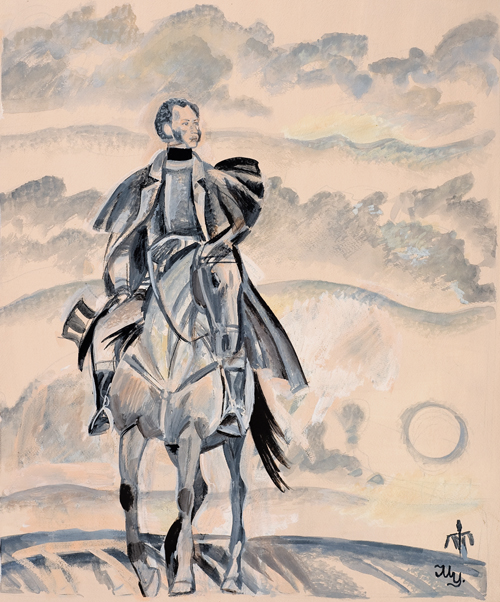 Pushkin on horse. gouache on paper 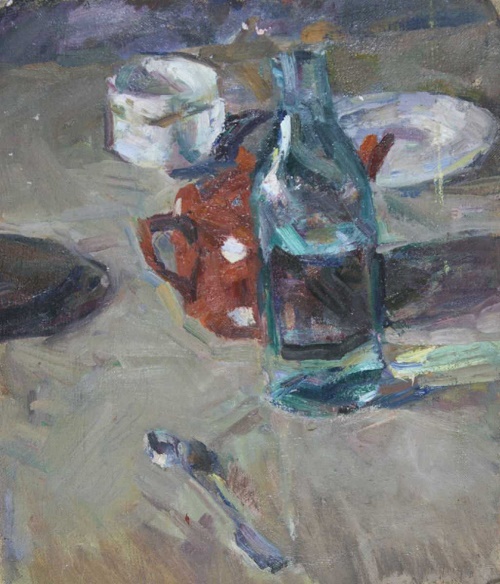 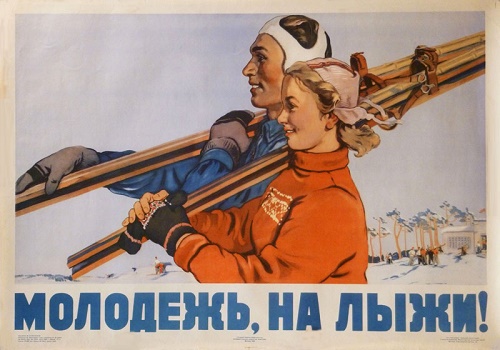 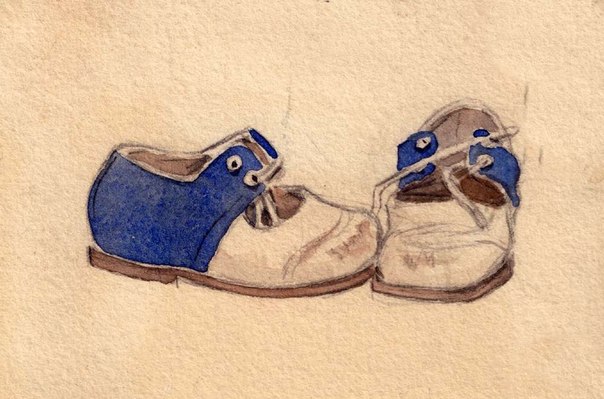