Soviet artist Dmitry Nalbandyan
Artist Ilya Glazunov recalled that, in connection with the preparation to the official visit of Leonid Brezhnev to India 1973, he decided to “make an original gift – a portrait by one of the masters of socialist realism to a friendly government leader Indira Gandhi. To execute a responsible job to Delhi was sent academician Dmitry Abramovich Nalbandyan. He tried very hard, but when he showed the completed work to Indira Gandhi, she barely glanced at the canvas, noting: “I am not an Armenian.” And she refused to take a picture. Nalbandyan then exhibited it in the Arena with the inscription “Property of the author”. Nalbandyan created portraits of many representatives of the Soviet elite (including Lenin, Stalin, Khrushchev, Brezhnev), for which in the art circles he was called “the first brush of the Politburo.” Dmitry Nalbandyan – full member of the USSR Academy of Arts (1953), Stalin Prize (1946, 1951), and Lenin Prize (1982) winner. In 1978, for a group portrait of figures of Armenian culture “Vernatun” was awarded the gold medal of the USSR. 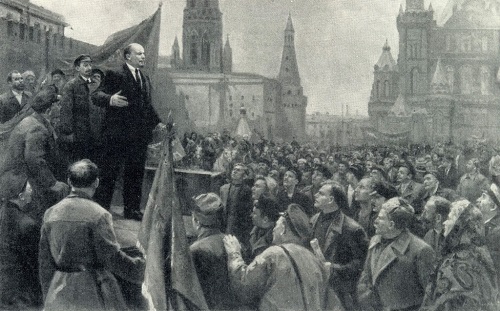 The works of the Soviet artist Dmitry Nalbandyan are stored in the State Tretyakov Gallery and other major museums. The artist’s self-portrait from 1982 is in the Uffizi Gallery (Florence). 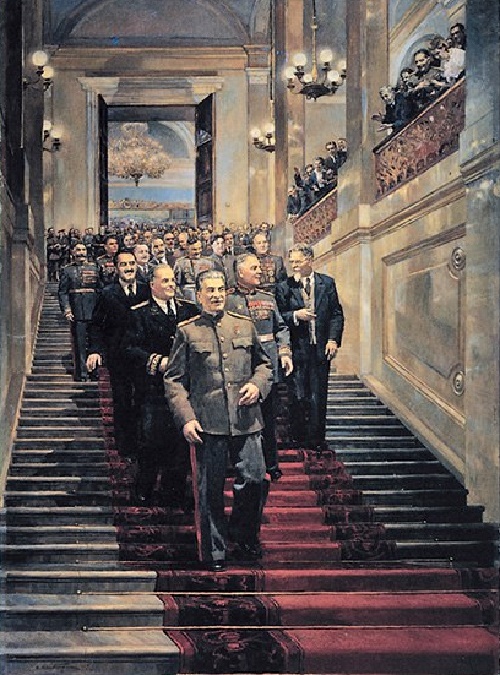 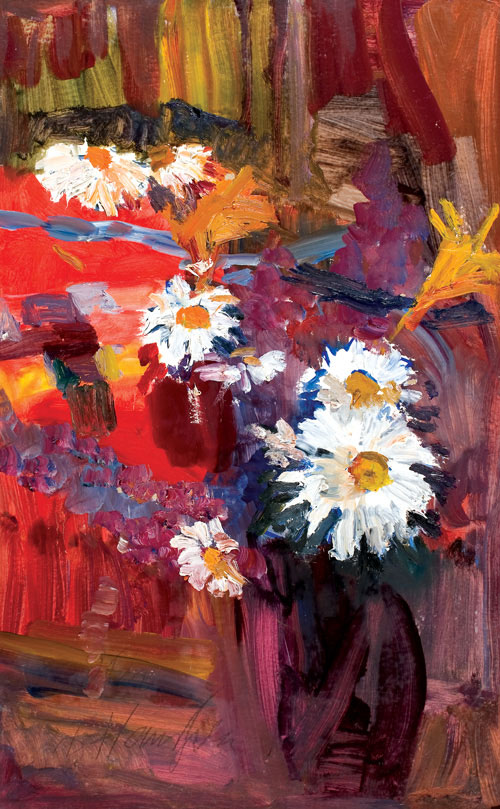 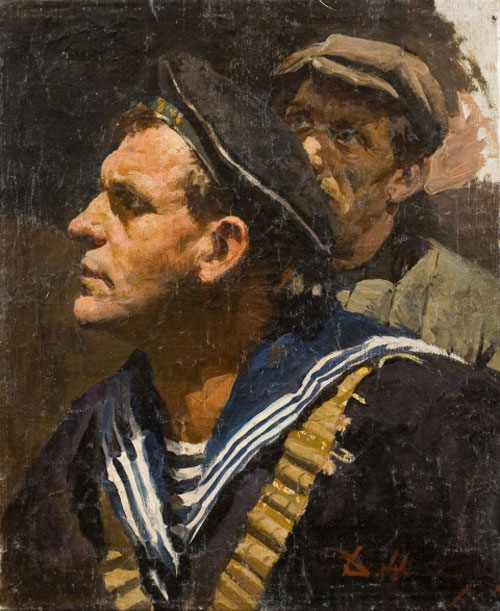 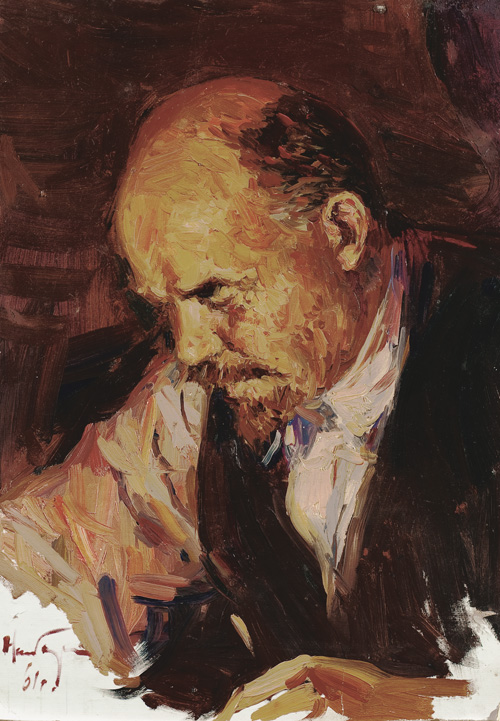 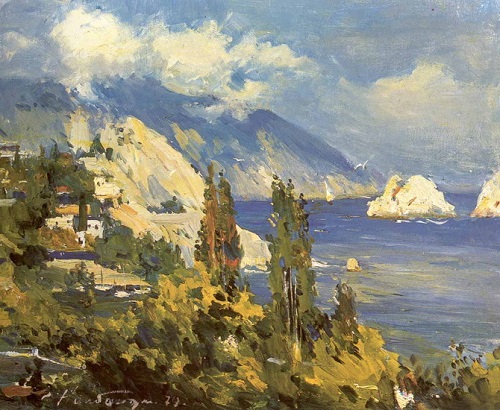 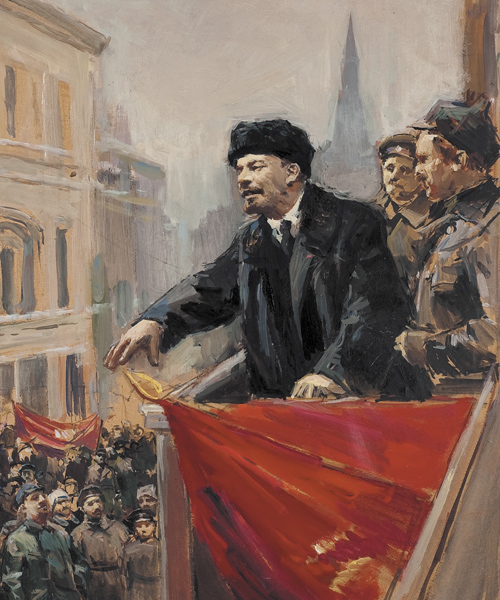 Lenin on the balcony of Mossovet. 1970. Oil on cardboard 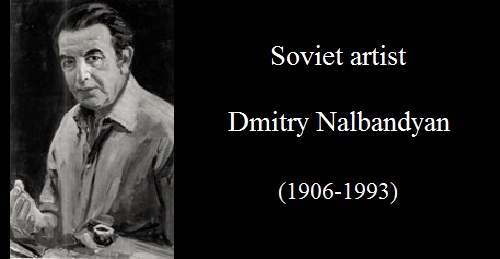 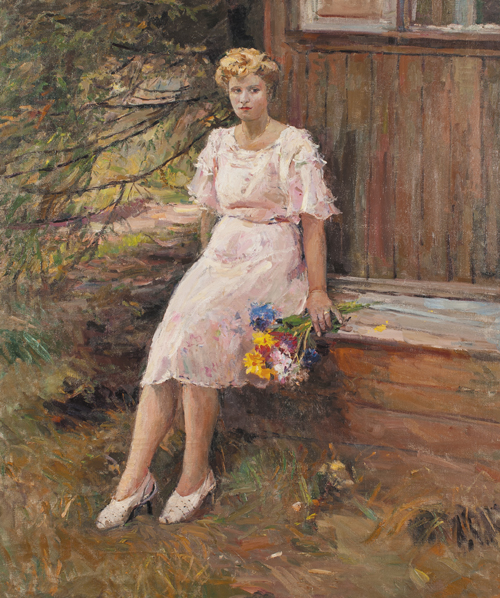 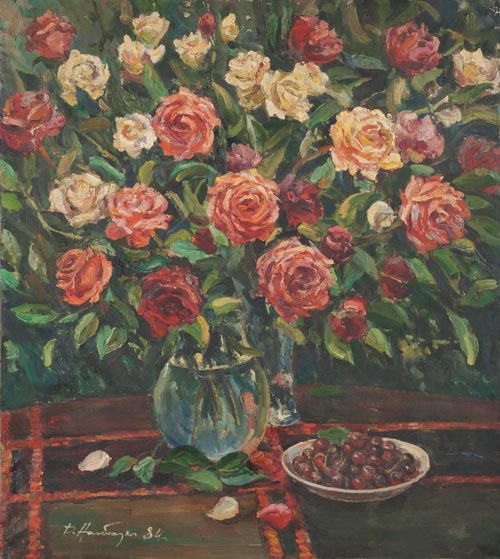 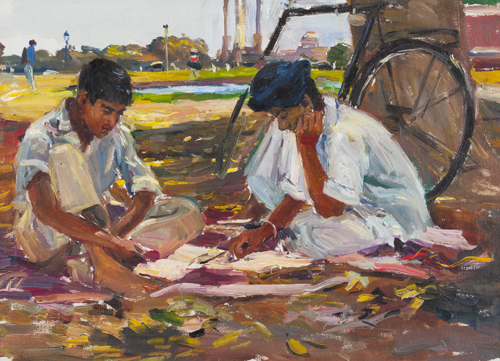 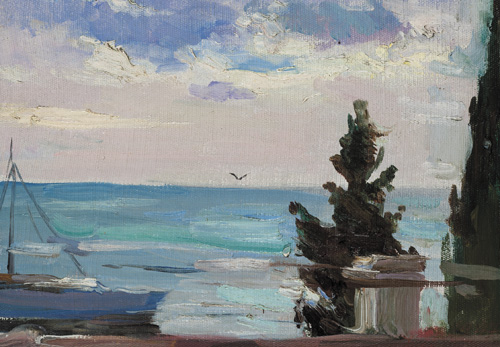 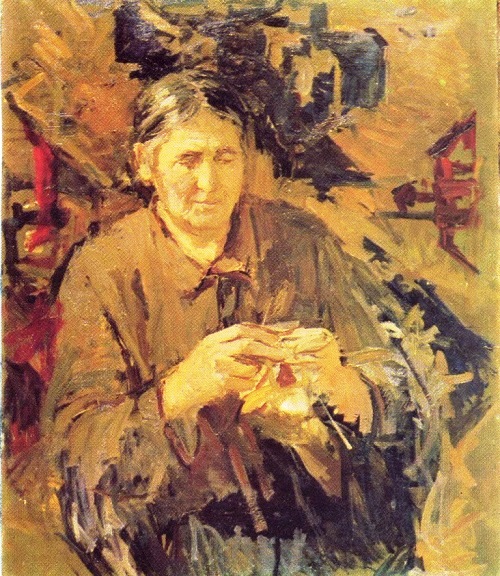 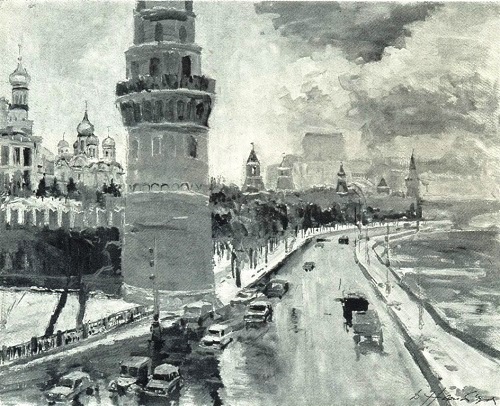 D. Nalbandyan. View of the Kremlin from the Great Stone Bridge. Oil. 1986 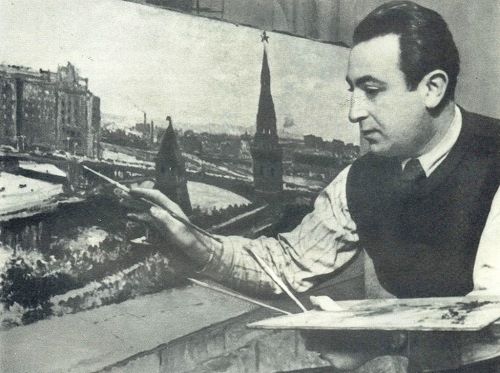 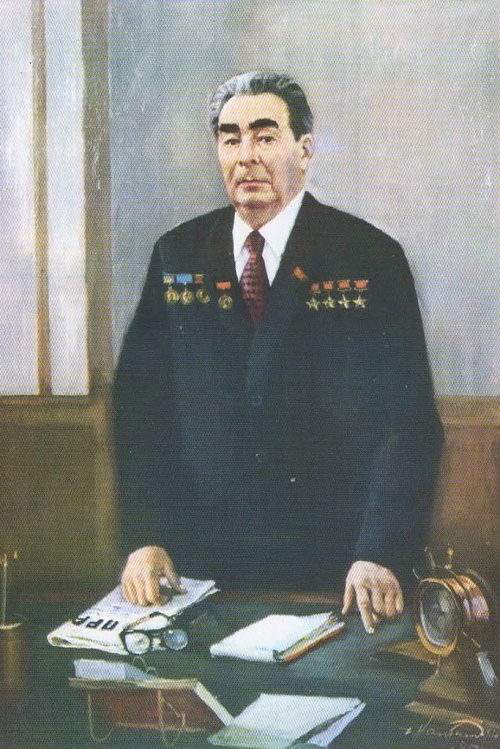 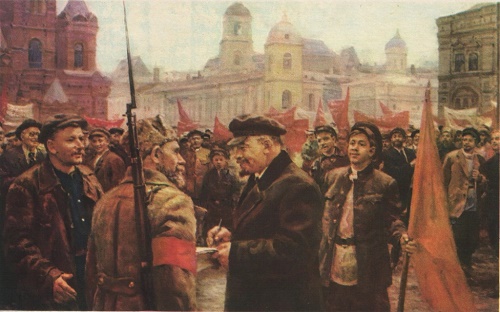 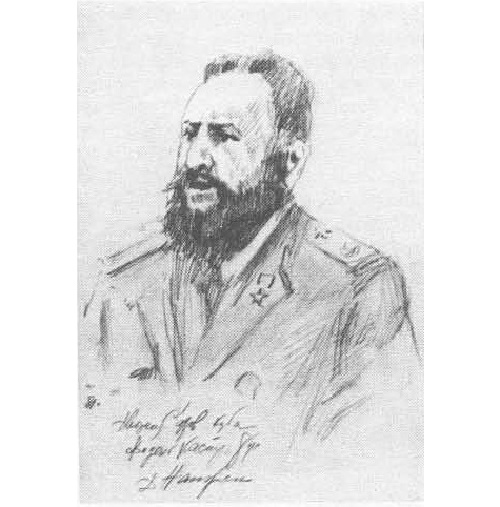 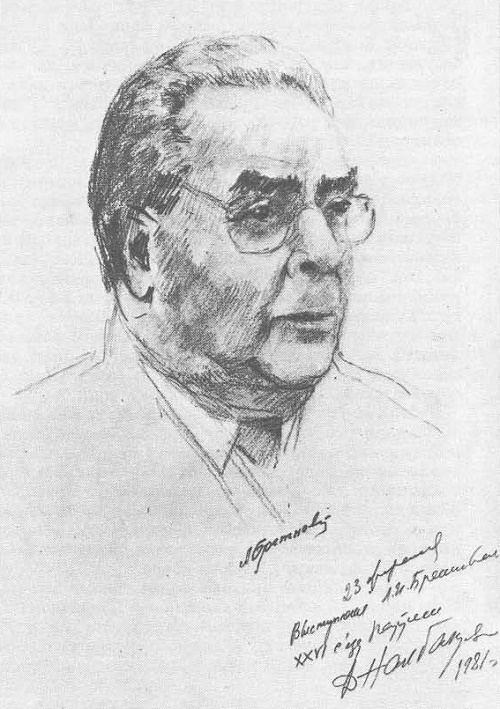 Leonid Brezhnev at the XXVI Congress of the CPSU. Pencil. February 23, 1981 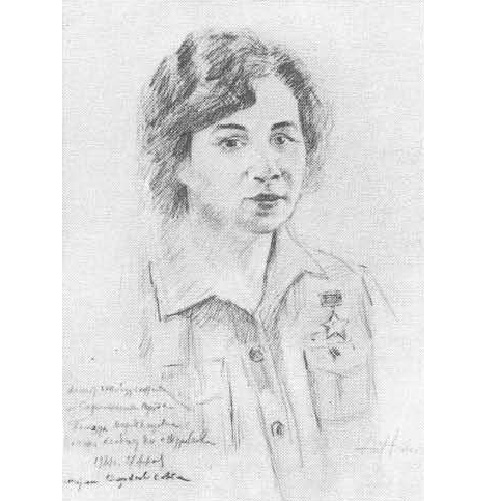 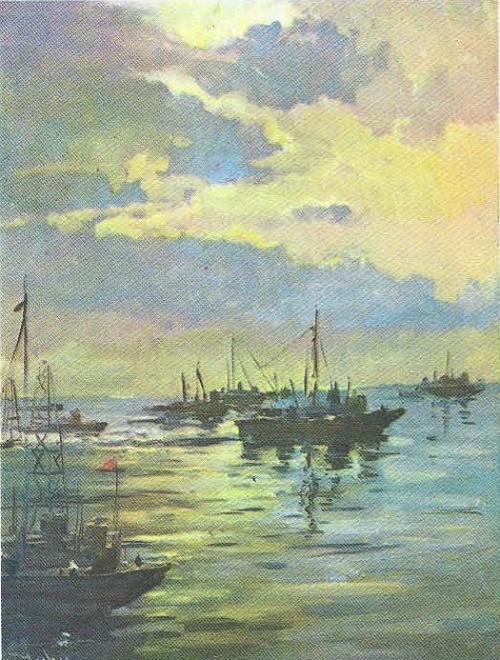 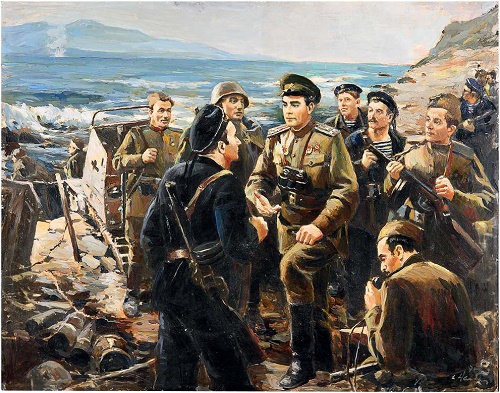 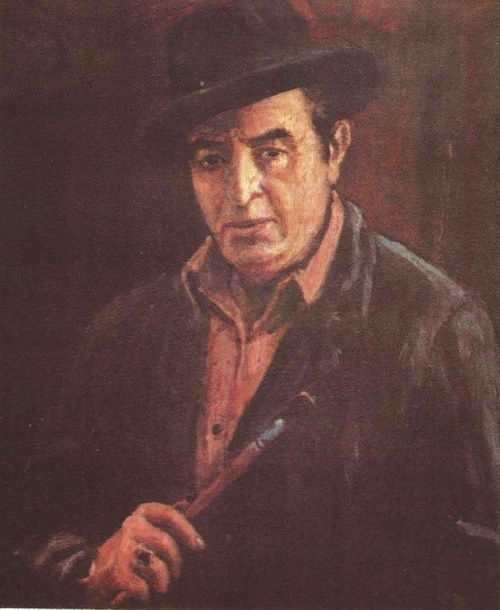 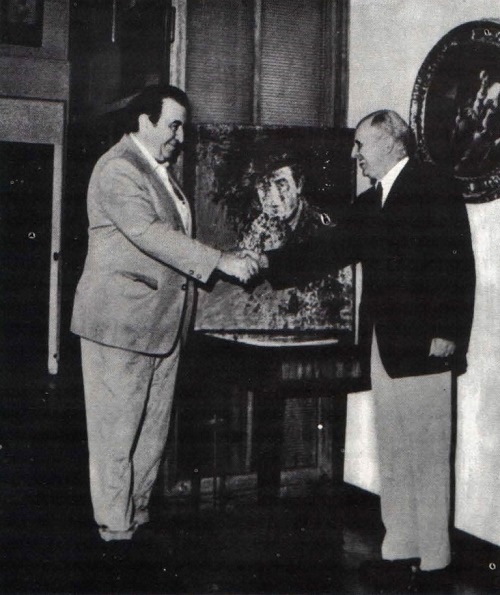 Handover ceremony of Nalbandyan’s self-portrait to the Uffizi Gallery 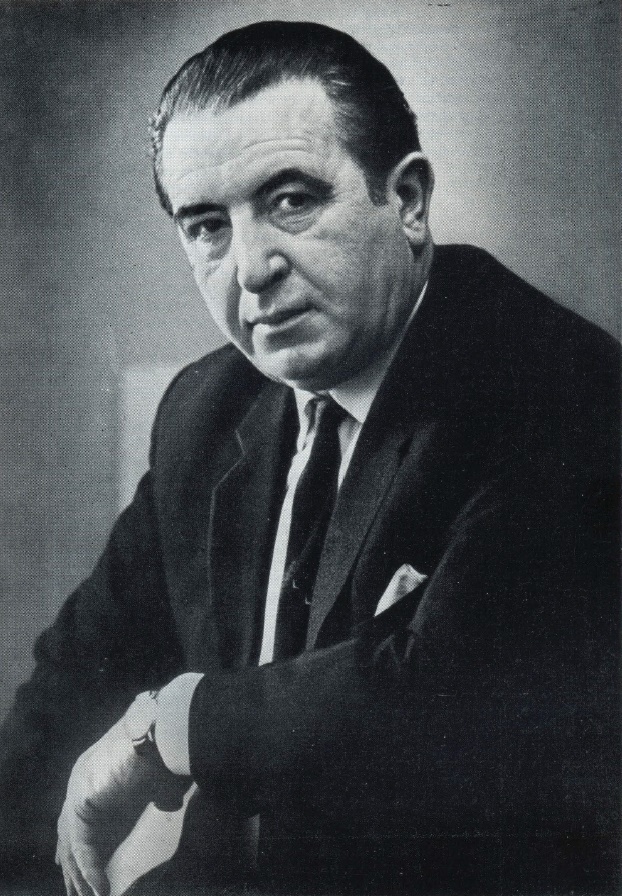