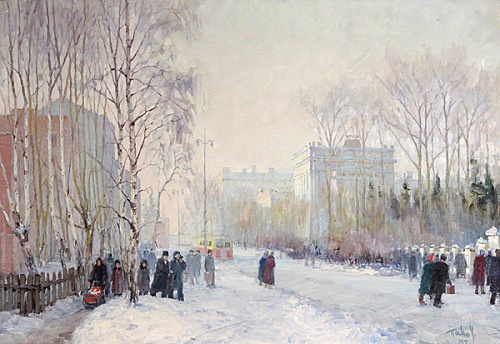 Life is like a river, with the steep banks, black slough, shimmering water on a sunny day. Could peasant’s son Yasha Panov have thought, that in some years he would have become an artist? And after he had lived 77 years, gone from this world, he would be remembered? About him write articles, his paintings decorate art galleries and museums. Yakov spent difficult but happy life. He belonged to a generation that had gone through a lot of testing: hard work from dawn to dusk, a terrible war, devastation …. Despite inhuman hardships, these people blamed no one, and did not complain – they were Soviet people. Among these people was Yakov Panov – a person and an artist. Panov was born October 9, 1919 in the village of Chainsky District. In 1930 he joined the commune “Lighthouse” in the village of Svetlyanka. His father father Yakov Pavlovich was a blacksmith and collective farm beekeeper. 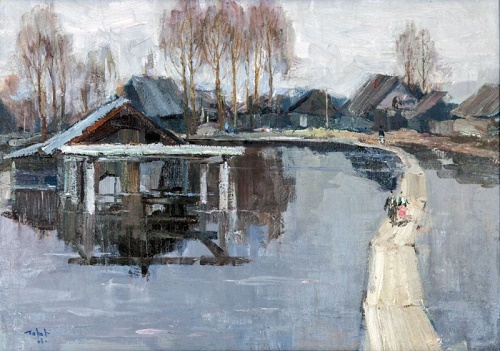 For the country boy whose destiny was to become a driver or an electrician, fate made a gift – talent and the opportunity to become an artist. After finishing the seven-year school in 1933, Yakov worked on the farm. Meeting with the student, the future artist, turned his whole life. Prior to that, Yakov did not even imagine that the profession of artist needed to be studied. The district committee of the Komsomol helped Yakov enter the Irkutsk Art-Pedagogical College. The school had a strong stuff of well known Soviet artists – Alexander Vologdin and Aleksei Petrovich Zhibinov (student of Pavel Filonov). 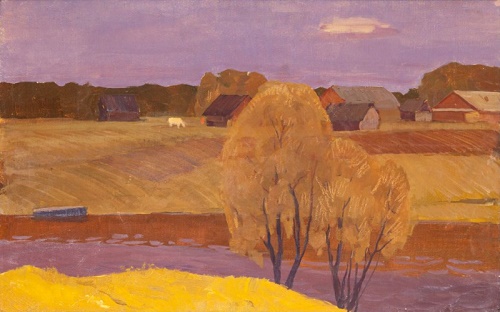 Then, began the war. In his soldiers’ boots, Yakov Panov walked on the roads of war to Germany. Yakov went back to his native village of Podgornoye in May 1946 with a lot of military awards. For a while he worked in the school as an Art teacher. Here, at school, he met his second half – the young teacher Zina, who became his companion and helper for the rest of her life. 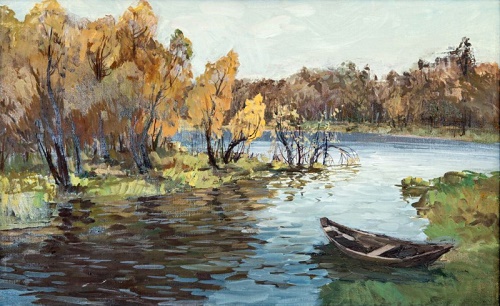 Since 1948, Yakov became involved in many exhibitions. He had 16 government awards: 3 military orders “World War II” 2 degrees, “Red Star”, “Glory” 3 degrees, for creativity Order “Badge of Honor” and 12 medals. He was awarded the badge “For cultural patronage over the village.” A frequent guest was in the Children’s Art School in Podgorny. Yakov was elected chairman of the board of Tomsk Artists Union, the chairman of the artistic council, secretary of the Communist party organization, deputy of the Kirov district council of Tomsk.

During starvation years of “perestroika”, when all around once again collapsed, Yakov did not complain – hurried to the village: “We need to plant more potatoes and cabbage.” He died in 1996. 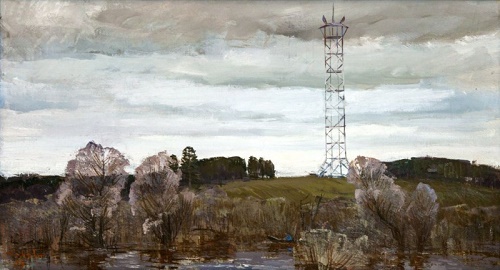 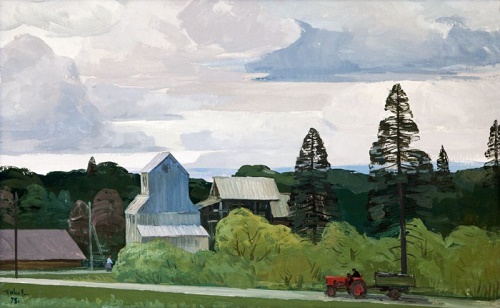 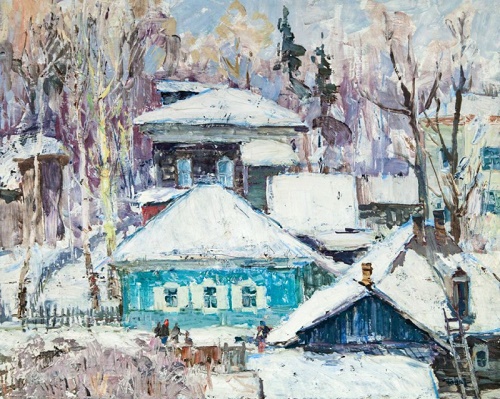 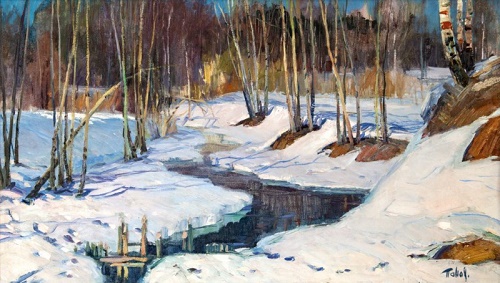 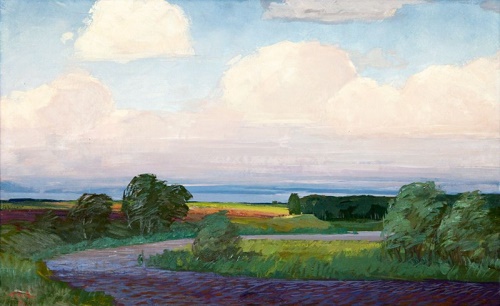 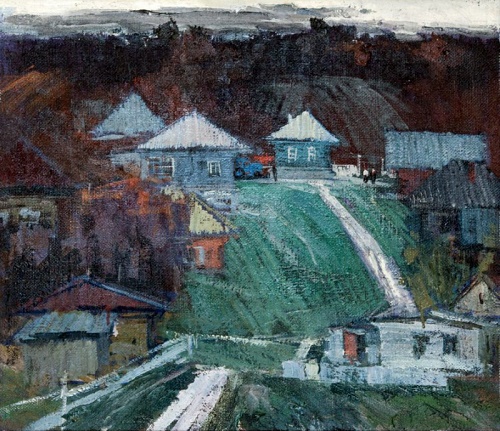 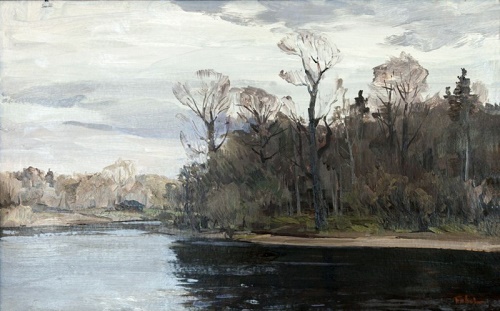 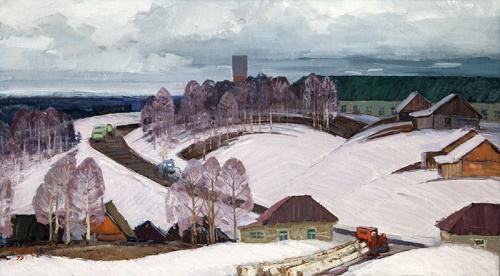 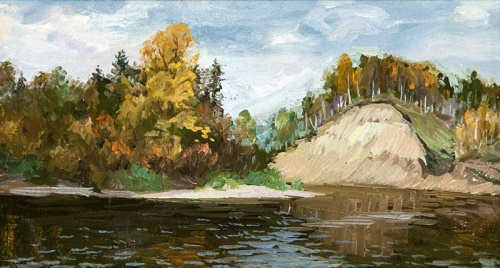 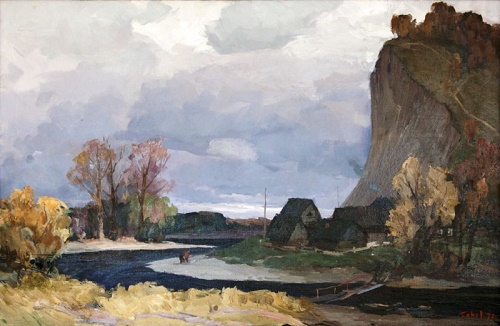 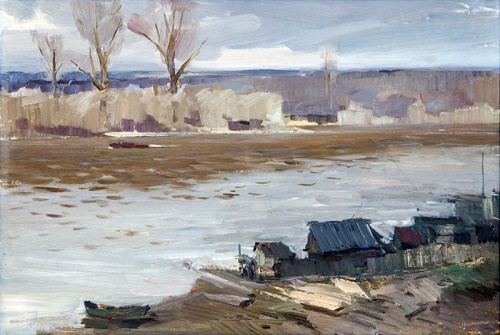 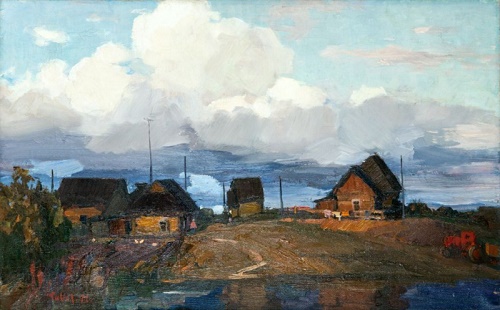 Yakov Panov. The village of Nizhne-Fokino. 1972