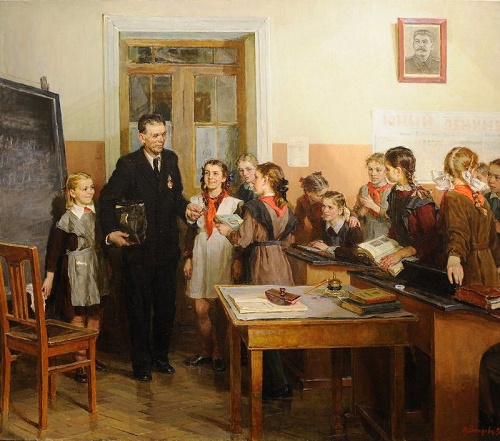 Socialist realism painter Nina Veselova (18 January 1922 – 3 March 1960) – Soviet artist, Candidate of Arts (1954), a member of the Leningrad Union of Artists of the RSFSR (1950). She painted portraits, genre and thematic compositions, landscapes, and still lifes. A talented portraitist and painter, her favorite genre was portrait-painting with a developed plot basis. Among the works created by Veselova in less than ten years of her short creative life, many of her paintings have become true classics of Soviet art, that have withstood the test of time.
Veselova was born January 6, 1922 in Petrograd. In 1934, after participating in the contest of young talents, Veselova entered the Art School of the Russian Academy of Arts, from which she graduated in 1941. The same 1941 she became the first course student of painting faculty of the Leningrad Institute of Painting, Sculpture and Architecture. 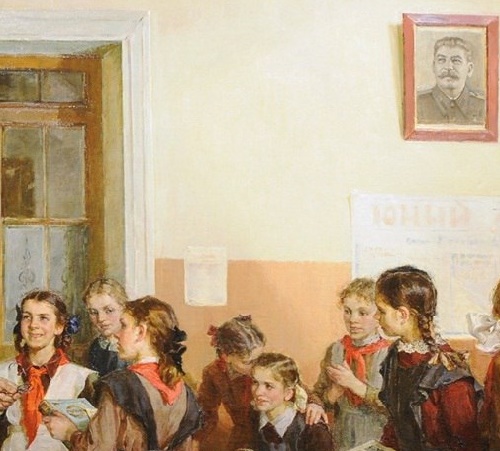 During the war and the blockade of Leningrad Veselova stayed in the city and worked in a factory, then as an educator in a kindergarten, and even in logging on the outskirts of the city. In 1943 – 1944 she continued studying in the Tavricheskaya Art School. And on 18 July 1944, after returning of the Leningrad Institute of Painting, Sculpture and Architecture from the evacuation, Veselova went back to her studies at the Faculty of Painting. She studied in the workshops of Boris Fogel, Leonid Ovsyannikov, Semyon Abugov, Henry Pavlovsky, and Alexander Zaitsev. In 1946, she married her classmate Alexander Pushnin. 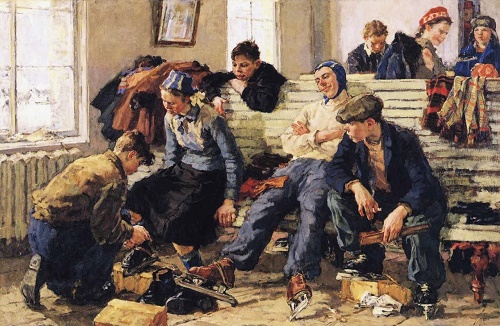 In 1950 she graduated from the Institute, workshop of Boris Ioganson. Her thesis – painting “Congratulations to the teacher on the award” (though, according to later sources, the painting has a different name, “The Awarded Teacher”), was successfully shown at the All-Union Art Exhibition in Moscow (1950).

Immediately after graduation, Nina Veselova engaged in postgraduate study at the art studio of People’s Artist of the USSR Professor Alexander Gerasimov (1950 – 1954). In 1954 she became Candidate of Arts (thesis painting “The exam is passing”). In 1950 he was accepted as a member of the Leningrad Union of Artists. 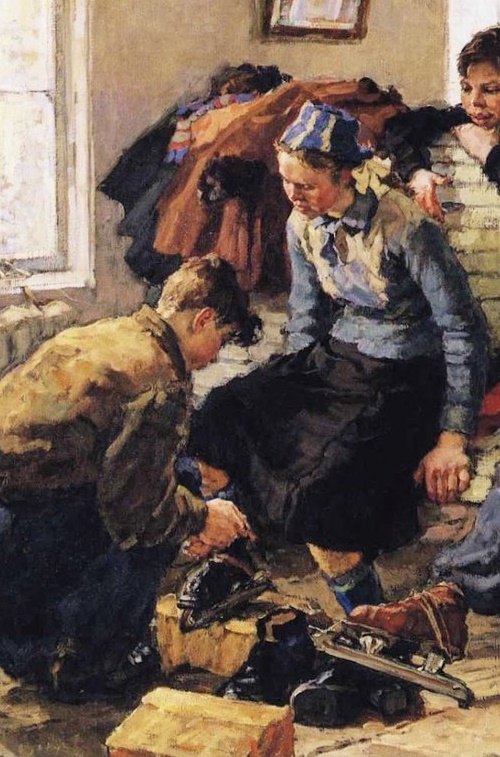 Veselova began participating in art exhibitions in 1939. Since 1950, she is a permanent participant of city, republican and national exhibitions.

N. L. Veselova died on 3 March 1960 in Leningrad, at the thirty-ninth year of life. Her works are in the State Russian Museum, The State Tretyakov Gallery, in Art museums and private collections in Russia, Japan, USA, France, China, Germany, Italy and other countries. 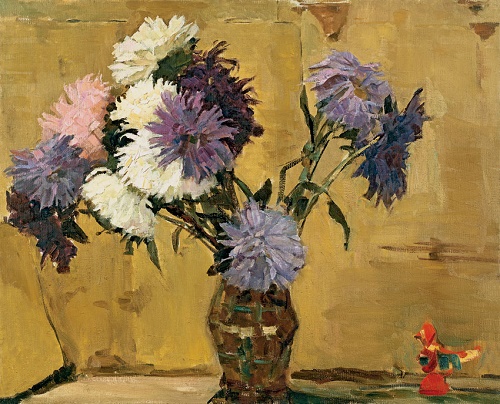 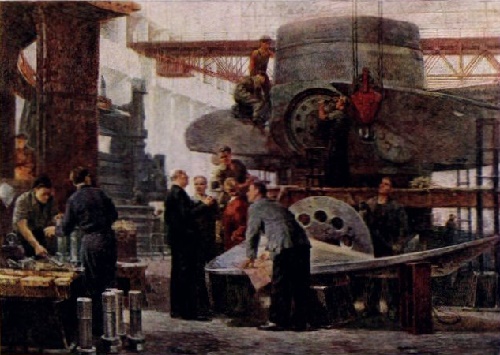 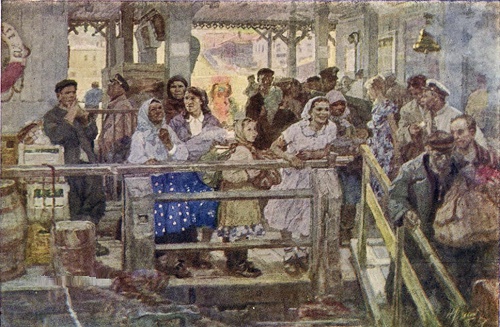 Before the third ring (factory signal) 1958 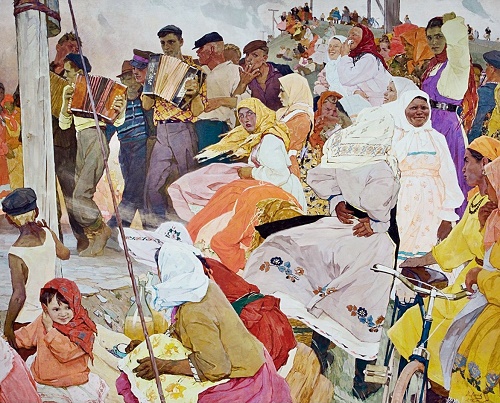 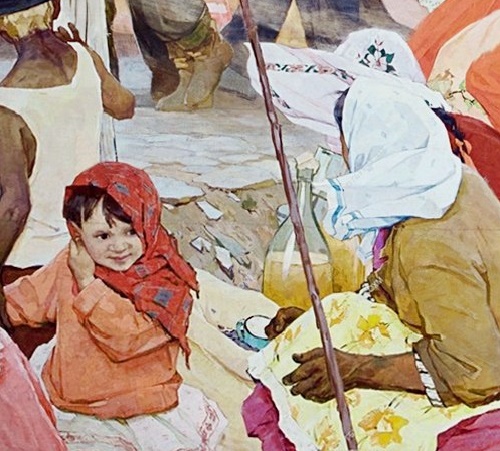 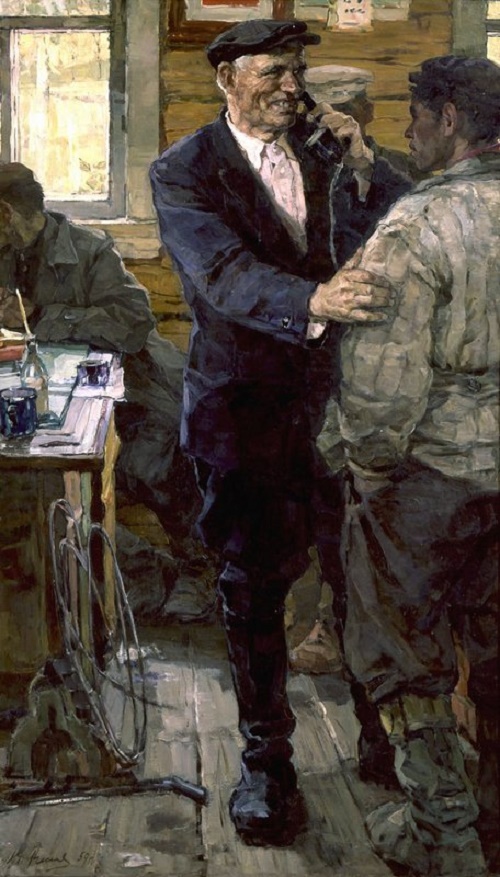