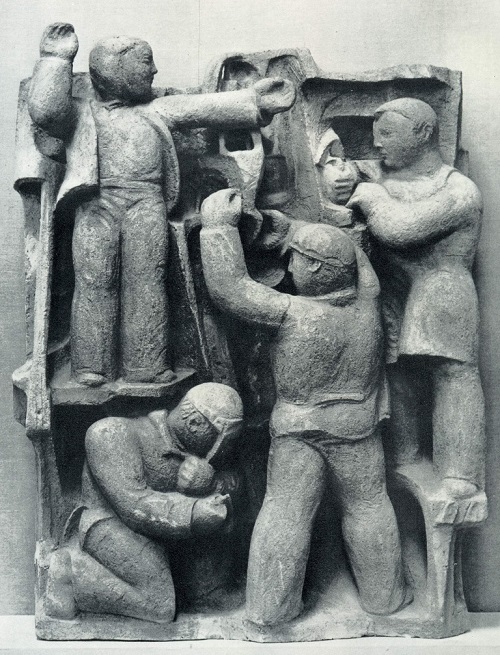 Great October Socialist Revolution meant a turning point in the life of Russia, in the political, economic and social character of being of its peoples. A special role in the birth and development of a new country played culture – public, media, multinational. The October Revolution created the necessary public, social, ideological and moral prerequisites for carrying out a revolution in the field of culture. New challenges arose before the older generation artists, who immediately accepted the revolution and expressed it in their work. In fact, the Soviet generation of artists – the creators of the Socialist Realism art, having no analogies in the world history. 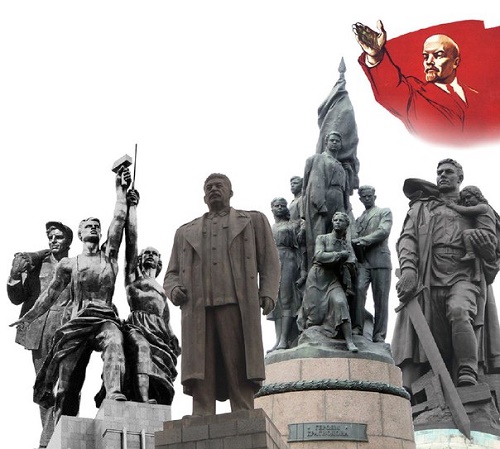 Implementation of the Cultural Revolution was primarily associated with the initiation of many millions, not only Russian, but also other peoples of Russia to the mastery of literacy – the basis of every culture, to the basics of general and professional culture. This process was particularly complex and time-consuming, as a feature of the cultural life of pre-revolutionary Russia was currently mass robbery, in the words of Lenin, “in the sense of education, light and knowledge.”

The historic changes took place in the works of creative intelligentsia. And, in connection with the October Revolution, Lenin said: “Think about the impact the whims of the royal court, as well as tastes of aristocrats and the bourgeoisie made on our painting, sculpture, architecture, and fashion. In a society based on private property, the artist produces goods for the market, it needs buyers. Our revolution has freed artists from the yoke of these quite prosaic conditions. The Soviet state stands on the defense of artist.”

The revolution has confronted the artist new challenges – to serve the people, to defend the common cause of the struggle for socialism and communism, to bring the truth to people, to give birth to their creativity. Lenin said: “Art belongs to the people. It must leave its deepest roots in the very thick of the working masses. It should be understood by those masses and loved by them. It must unite the feelings, thoughts and the will of the masses and raise them. It should awaken in them artists and develop them.”

The most important feature of Soviet art – its multinational composition. The meaning of this is not simply the sum of the art of different peoples living in the Soviet Union, but in the interaction of these arts. The fruitfulness of cooperation is confirmed by practice. Considering the history of Soviet art culture, we can state that the achievement of any of the nation’s schools become the property of the other republics, and enriches Soviet art as a whole.

A special place among the first activities of the Soviet government had monumental propaganda, which started after the publication of 12 April 1918 the Council of People’s Commissars, signed by Lenin’s decree “On the monuments of the Republic”:
“In commemoration of the great revolution, which transformed Russia, the Council of People’s Commissars decrees:
1) Monuments erected in honor of the kings and their servants and not having interest from either historical or artistic hand, are subject to removal from squares and streets and part of the transference (Lenin on art and literature. p. 582, 583).

Monumental propaganda has become a truly unprecedented phenomenon in the history of world culture. Implementation of the decree was of great practical importance for the development of Soviet sculpture, as well as for aesthetic and patriotic education of the people on progressive revolutionary ideas.

This was the beginning of the revolutionary transformation of art. In the first years after the civil war propaganda pathos permeates all types and genres, including applied art. However, an important role in shaping the social and aesthetic consciousness of the revolutionary people can play and art, capable of living in the streets.