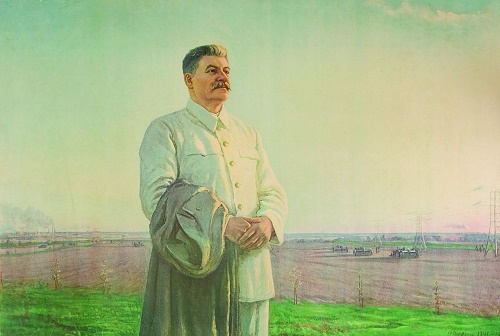 According to the known legend, Stalin, at the Soviet Art exhibition called his son Vasily to this picture and said, “Do you think you’re Stalin, or you think I am Stalin?!?!” And he pointed to the canvas: “No, here is Stalin.”
“The morning of our homeland” 1949 oil painting of a little-known Soviet socialist realism artist Fyodor Shurpin (1904-1972), depicting Joseph Stalin. The work on the painting to the 70th anniversary of Stalin took place in 1946-1948. After the exposure of the personality cult of Stalin, the painting was called “The last train has left.” In the foreground – pensive Stalin in a white paramilitary jacket, without orders, with the coat on his arm. Behind the leader – stretching beyond the horizon the vast expanses of the motherland with grace collective farm fields, high-voltage transmission masts, smoking chimneys of factories in the industrial cities. And towering over the whole Soviet country the figure of Stalin – “Great Leader, wise and caring.” 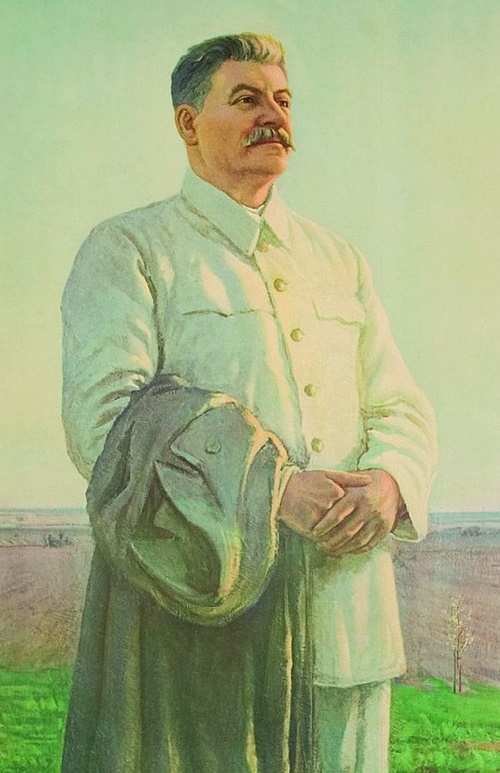 The central figure of painting ‘The morning of our homeland’

In 1949 Stalin awarded Shurpin for the painting “The morning of our homeland,” the Stalin Prize of 2nd degree. After that, the painting has acquired such fame that it was known in the USSR to everyone. During the life of the great leader the author created multiple versions of his painting, and specially for several Soviet institutions with a barely noticeable deviations from the original version.

Shurpin – winner of the USSR State prize, Honored Artist of the RSFSR became famous thanks to his picture, though not for long. Initially, his work glorifying the Soviet way of life, were bought for the Soviet institutions, but what happened in a few years, after exposing Stalin’s personality cult cut short his artistic career. Anyway, throughout his later life, the artist created many more paintings in the genre of social realism. Though, neither of which acquired fame.

Opponents of Stalin’s picture negatively evaluated the fact that the controversial personality of Stalin is shown in a positive light in the post-war devastation and famine. 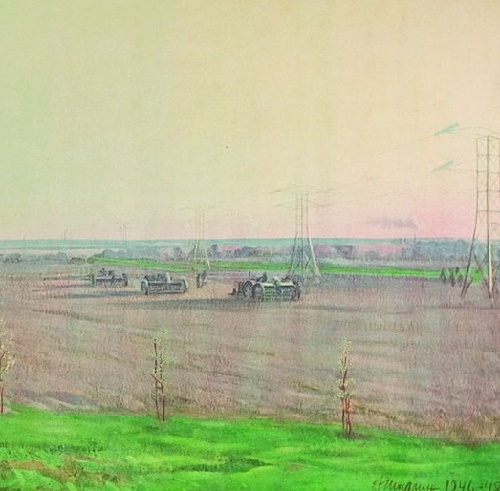 The morning of our homeland, right part 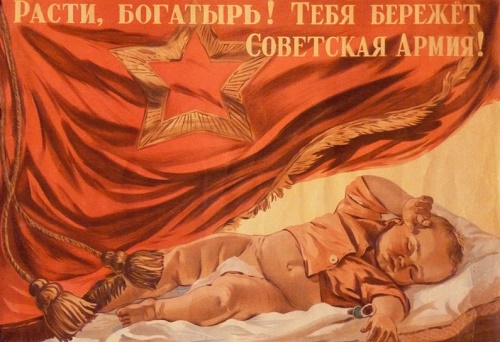 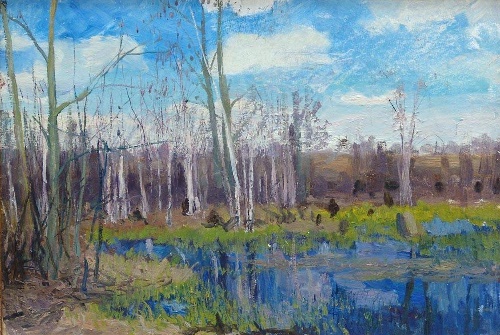 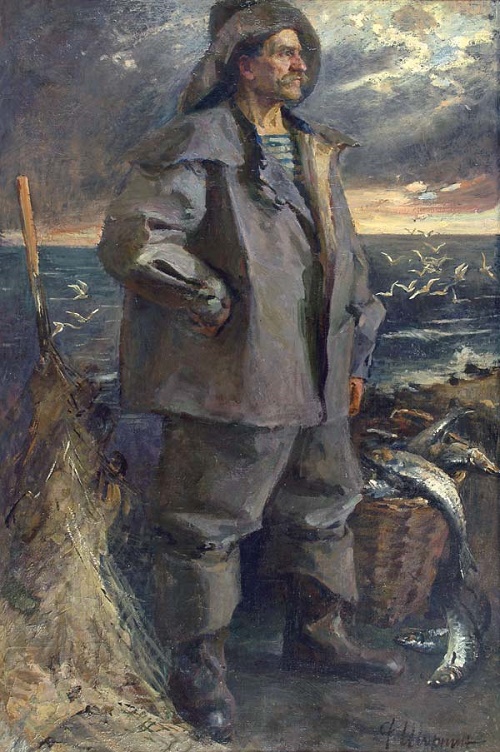 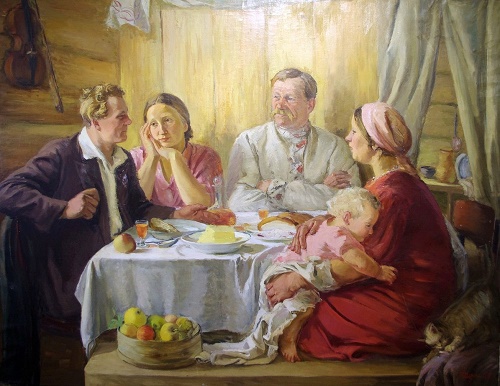 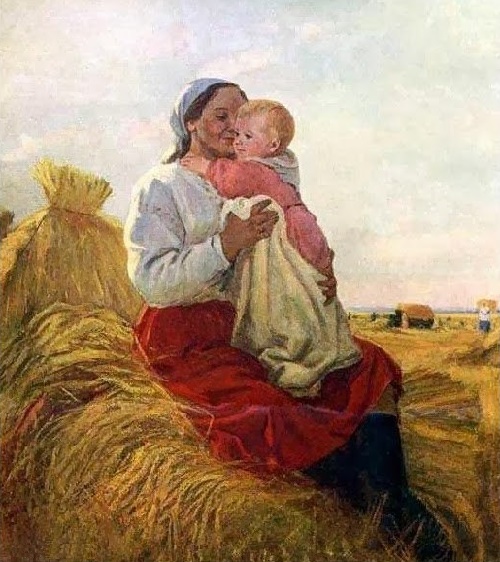 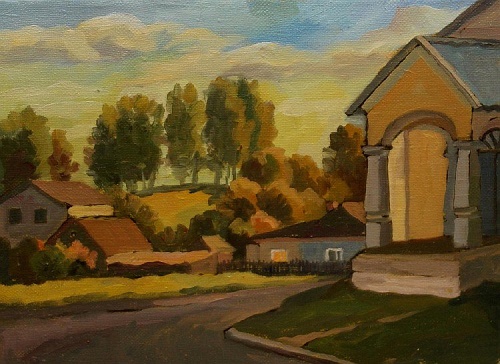 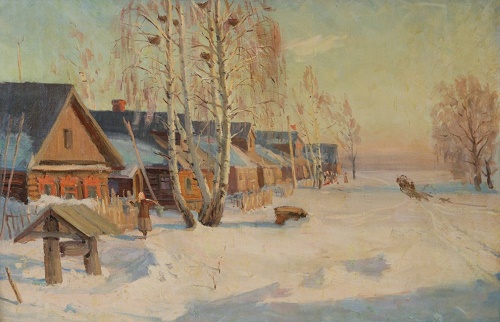 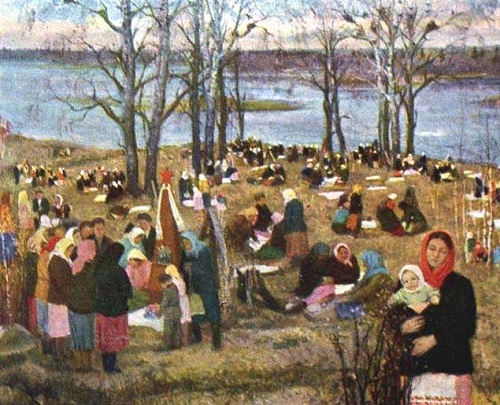 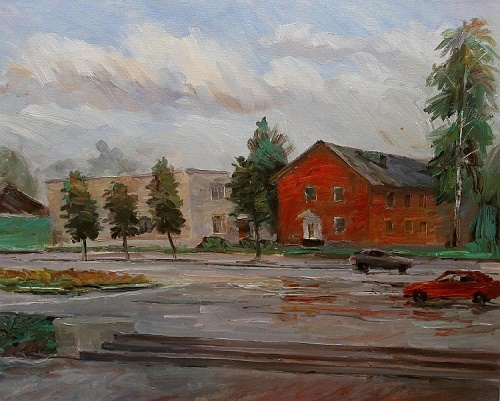 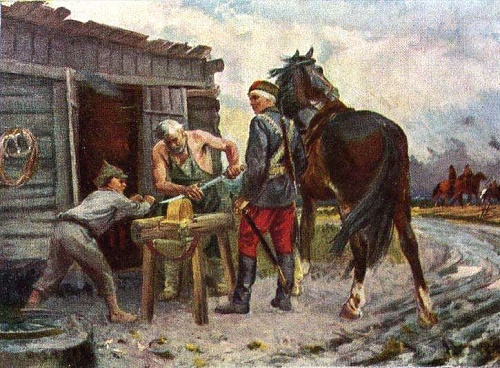 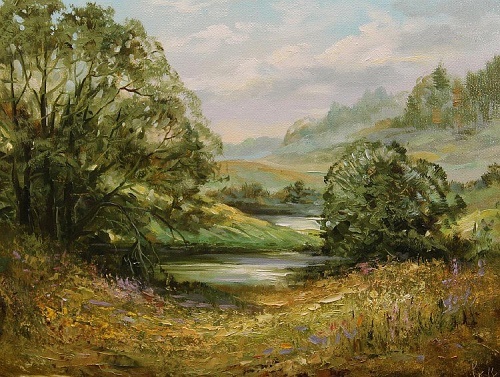 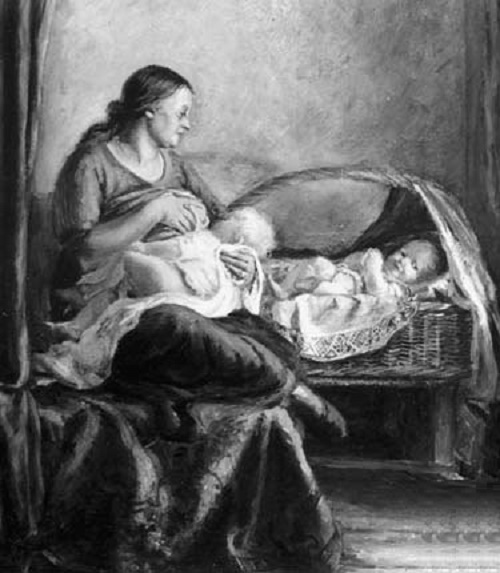 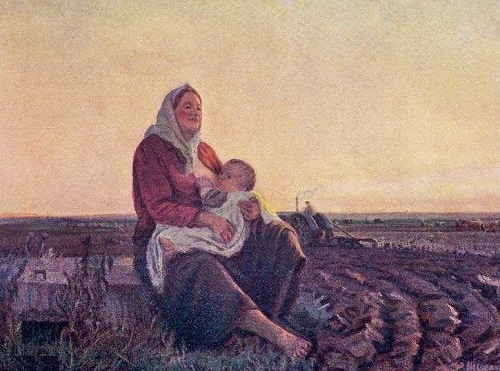 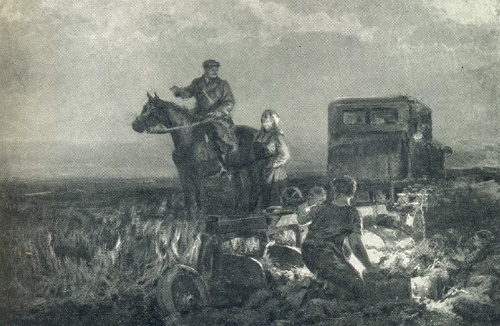 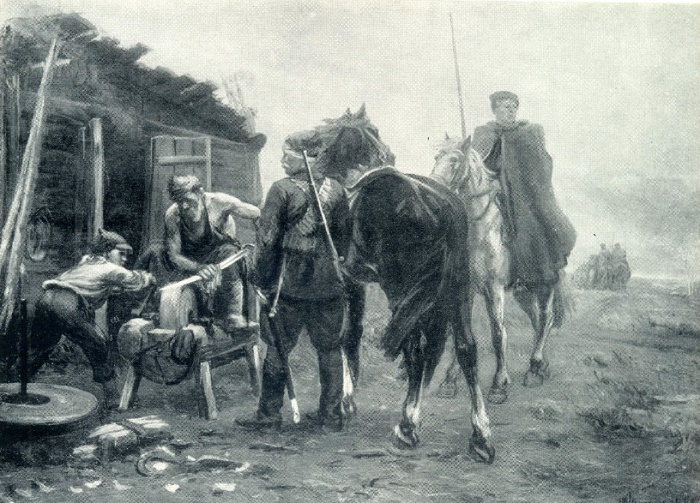 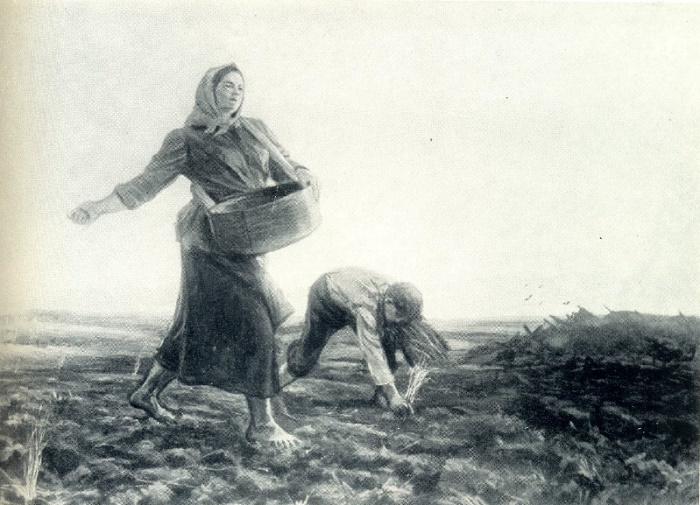