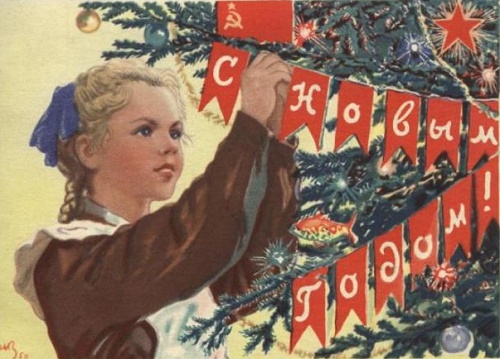 How celebrated New Year’s Day in the USSR? Well, approximately the same way as in modern Russia.
First of all, it should be noted that neither in Soviet times, nor in modern Russia the tree, the holiday, and the whole celebration can be called “Christmas”. Instead, it’s always been a New Year’s Day, New Year tree and New Year holidays. And Christmas in the USSR, as well as in modern Russia, is celebrated on January 7, very modestly, and after the grandiosely and noisy celebration of New Year’s day holidays. But in Soviet history was the period covering roughly about two decades, when the traditional New Year tree, Father Frost (Ded Moroz) and Snowmaiden (Snegurochka) weren’t encouraged, as if did not exist at all. The same goes for Christmas cards, that is, in early 1920s – 1930s they were not printed. It all started December 27, 1935 when four senior leaders headed by Stalin were traveling in a car inspecting New Year’s Moscow. 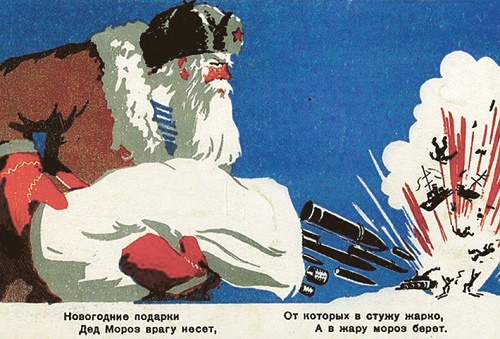 This is how Khrushchev said in his memoirs: “We sat in Stalin’s car and talked. Postyshev then raised the question: “Comrade Stalin, that would be a good tradition, and people would like it, and especially it would bring joy to the children – to have a New Year (Christmas) tree?”. Stalin supported him: “Take the initiative, speak in a newspaper with a proposal to return the New Year’s Day celebration to the children, and we will support.” 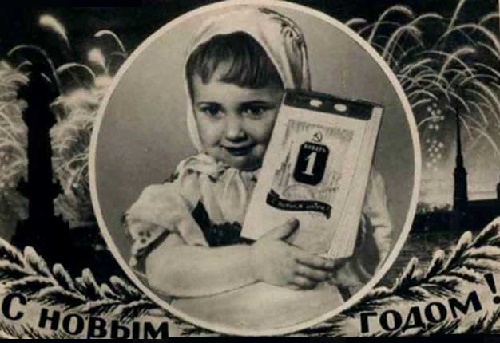 No sooner said than done. Already December 28, 1935 the famous party member Pavel Postyshev published an article in “Pravda” in defense of children’s New Year trees. “In schools, children’s homes, in the palaces of Pioneers, in the children’s clubs, cinemas and theaters – everywhere should be tree! There should not be any collective farm, where there isn’t a New Year tree for their children.” 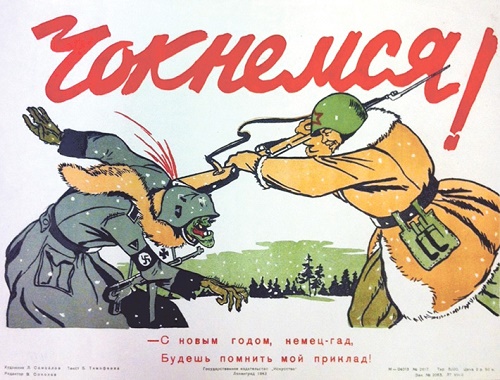 Thus, to celebrate the New Year began in 1936. But the card for some reason, for a long time have not yet been published, but Happy New Year wishes sent to a holiday in the letters. Only in December 1941, after the defeat of Nazi troops near Moscow, there were New Year cards – in the Kremlin, it was decided in such a way to notify people about the victory of the Soviet Red Army.

What kind of cards were they? They were entirely consistent with the spirit of the heavy wartime. In fact, they were agitation pictures. In one of them – winter dressed in a helmet with a gun a Red Army soldier going to the attack, in others Soviet soldiers with killed by them Germans on the background of tanks.

The signature at the bottom of this card reads:

“Enemies on our way destroying, we will bring Victory in coming New Year”

Wartime postcards united front and rear: they reminded the soldiers that their duty is to defend the country from the aggressor. For a soldier it was very important to have the card from the homeland, which seemed to say to him: “I’m waiting for you. There is a place where there is peace, where you are loved and waited.” 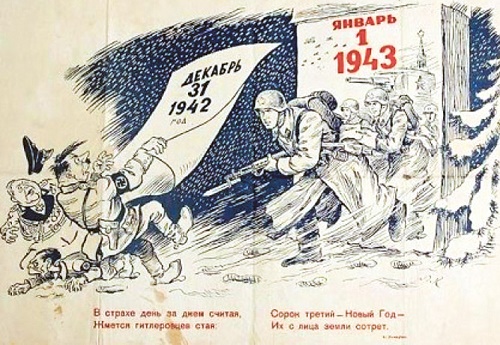 Full of imagination, hope, creativity, and at the same time ideological postcards for years served as a bridge between the front and rear. The soldiers drew strength from them, crushing the hated enemy. As well as postcards from the front strengthen the spirit of home front workers, forced them to work with redoubled energy in the name to Soviet soldiers in no need, for the sake of victory over Nazi plague …

Wartime postcards are now becoming increasingly rare. Their value is naturally very high. They are most searched for by collectors. After the war, the New Year’s greeting cards have become very strict and monotonous: the Kremlin often with a burning star on the Spassky Tower and simple inscription – “Happy New Year!”.

The turning point was the year 1953, after Stalin’s death. It was an unprecedented circulation – 15 million copies – the Ministry of Communications of the USSR issued a hand-drawn colored New Year card (artist Evgeny Gundobin) depicting children on a sled and Father Frost (Santa Claus). With this card started numerous parade of Father Frosts, Snow Maidens, decorated with garlands, balls, toy animals New Year trees, gathering children. In a word, began regular production of beautiful postcards announcing the good and cheerful holiday. 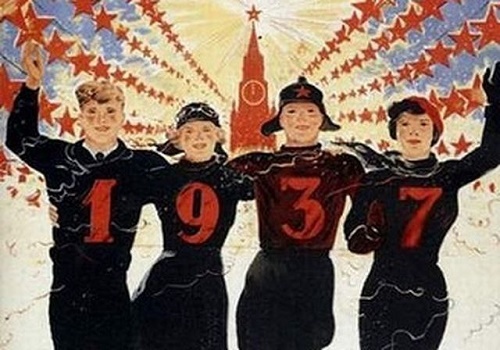 Why Soviet New Year greeting cards are so sought after?

The quality of printing, of course, was not comparable to the modern, but they were created by groups of young professional artists. The variety of compositions, originality and diversity of trends and styles made them collectibles. They are characterized by a special, bright, sometimes even fantastic attitude, a certain childlike. And this is one of the reasons why the Soviet postcards, especially the first releases are equally appreciated by both professional collectors and ordinary people.

Particularly bright and alive were postcards of the 1950s: they were of high quality printing and printed mainly in the factory “Gosznak”. The real mass production of Soviet greeting New Year cards launched in the Soviet Union only in 1953. 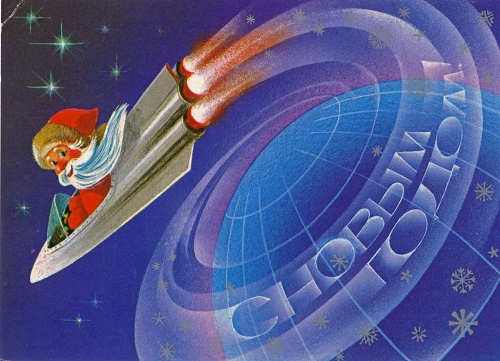 The sixties were marked by the appearance on the Christmas card winter landscapes, as well as space-themed: Santa Claus did not go in three-horse open sleigh, but was flying on an airplane or a space rocket. Often, on postcards depicted happy laughing kids. During the development of the Soviet Union in Antarctica, on the cards appear penguins on the ice.

At the same time, Photo Greeting Card was gaining popularity. They young people were portrayed with gifts and glasses of champagne in their hands, usually – on the background of the New Year tree and chimes; on postcards also found photographs of children in national costume of northern peoples. Throughout the Soviet period one of the main themes of New Year’s cards are views of Moscow, with the Kremlin towers, the stars, the Astronomical Clock and the monument to Pushkin, which were associated with the capital and the state symbols.

In 1980 on New Year card composition appear traditional in the perception of the people spruce branches with toys, streamers, and champagne glasses. 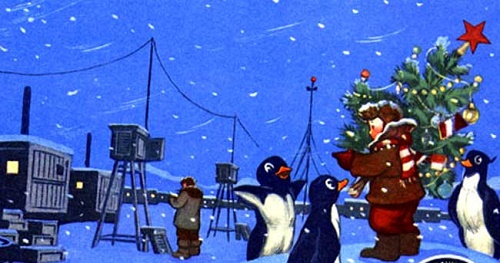 The monument to Pushkin – popular theme for New Year cards

Very often, handy craftsmen created such New Year greeting photo cards. They sold them in the trains, streets and markets

Figure skating, as well as any sport was the most popular activity of Soviet people. 1950