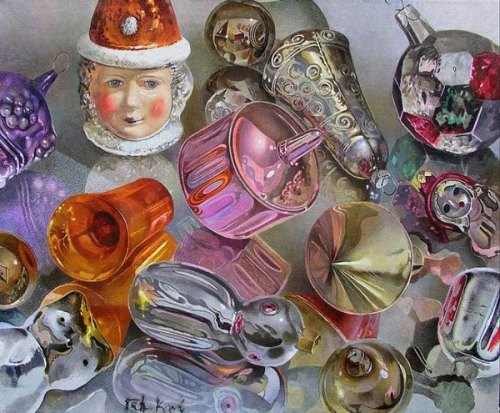 25 years ago the Soviet Union ceased to exist, but in a good holiday traditions, the Soviet feast remains typically Soviet. Again and again, on December 31 people sit at the Soviet New Year’s table, watching on TV traditional Soviet congratulation, now from the President, and best Soviet films “Irony of fate…” and “Carnival Night”, drink “Soviet champagne”, and eat Soviet tangerines and Soviet salad “Olivier” .
Despite all the changes of recent years, many families still preserve the Soviet Christmas cards just because they are nice. A paintings of Soviet artists on the New Year theme reminiscent of those who are no longer with us, and force to recall our childhood – the most beautiful time in everyone’s life. That is why the Soviet New Year’s painting – a piece of history of the country and of each individual family. 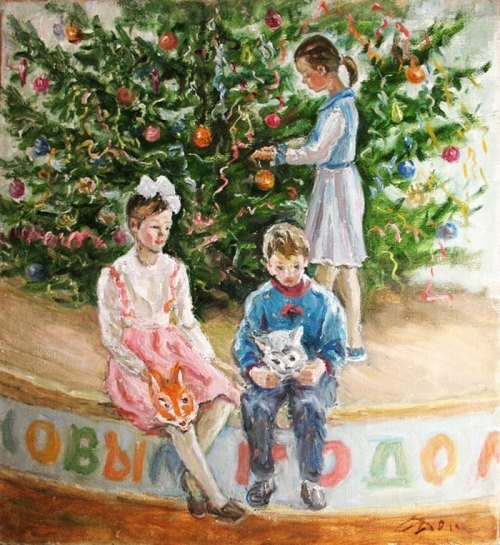 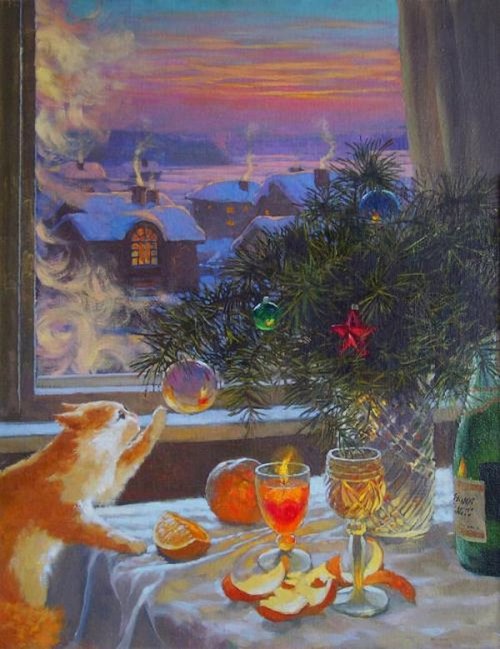 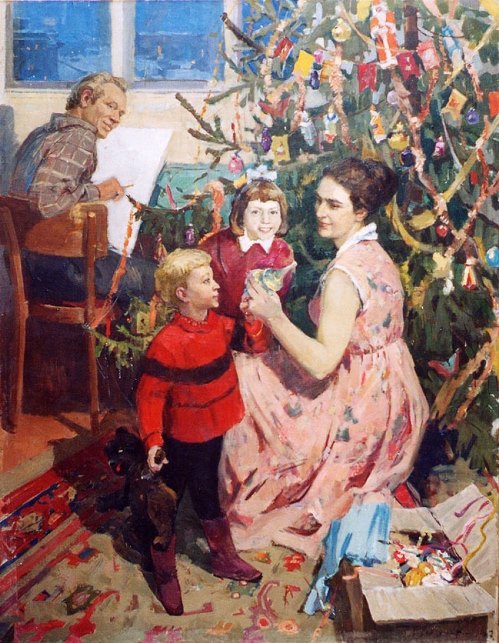 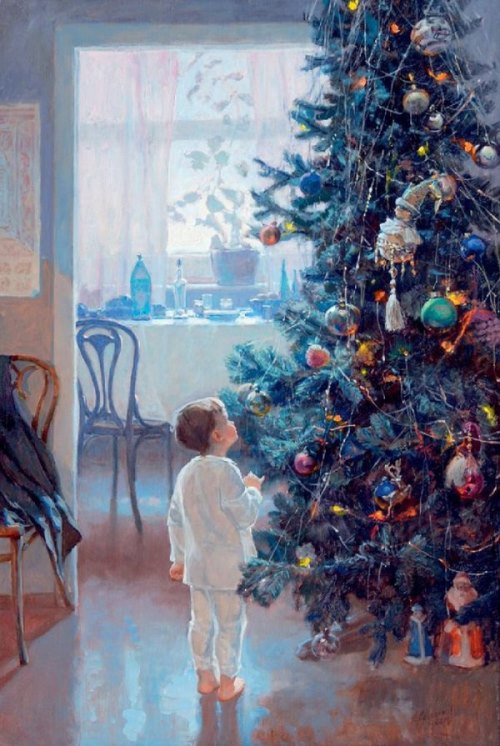 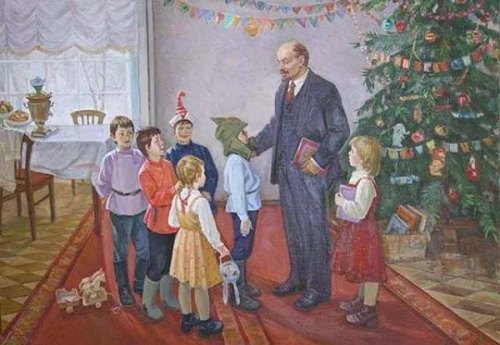 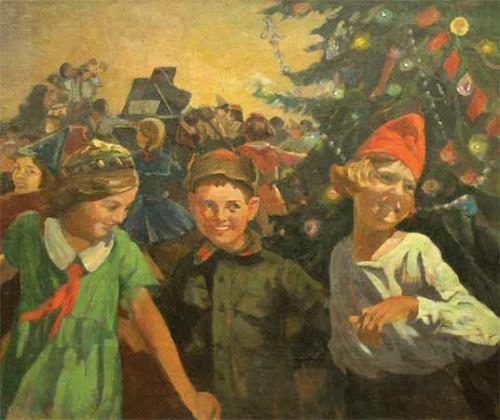 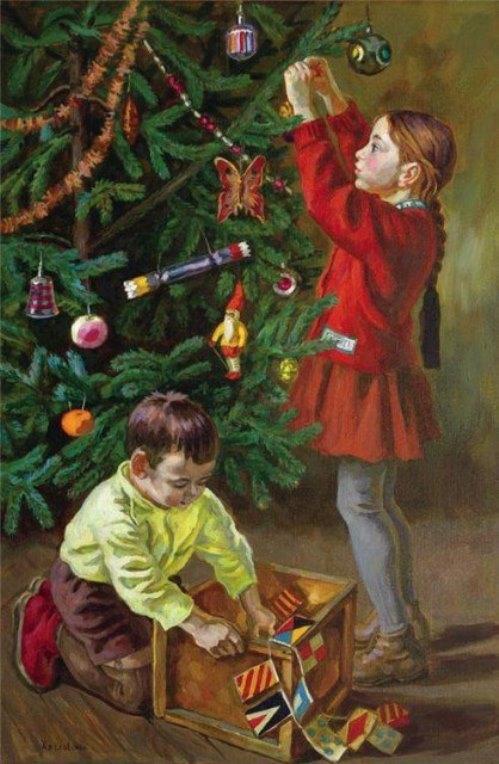 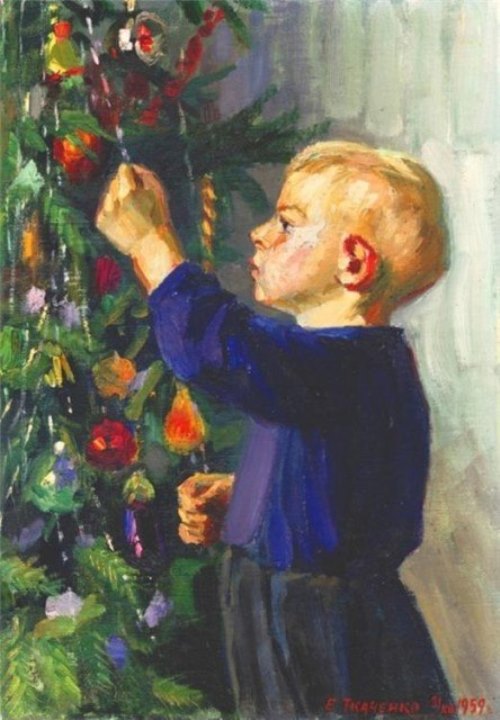 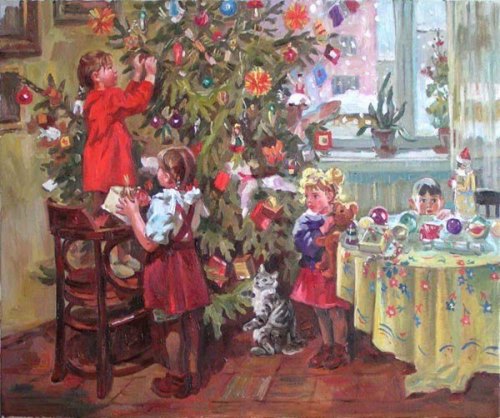 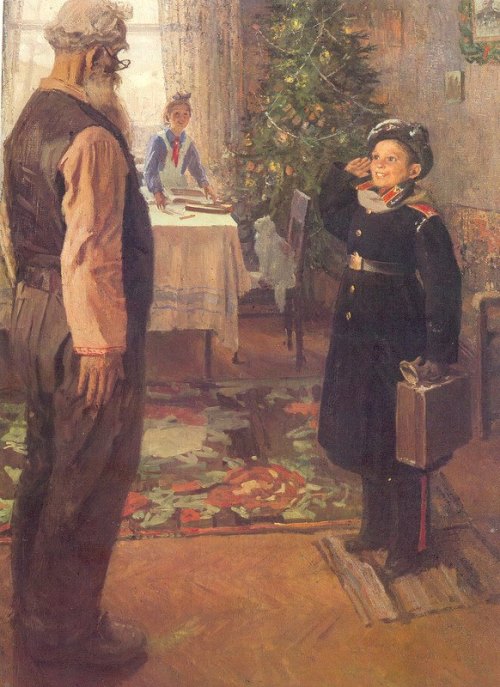 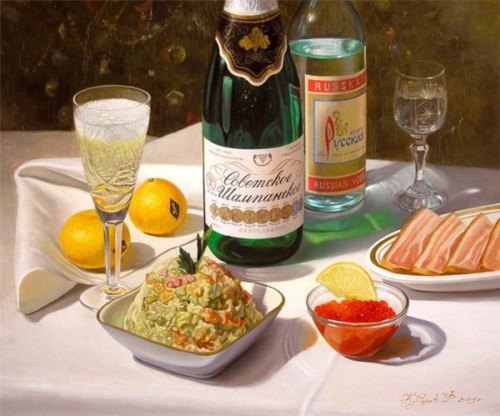 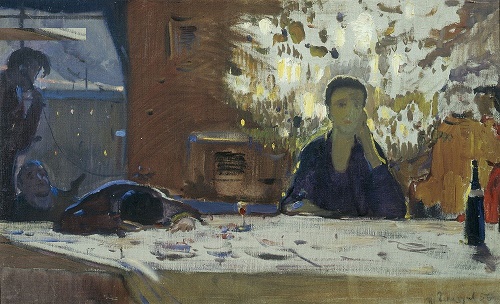 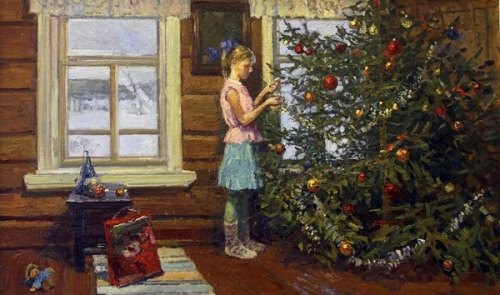 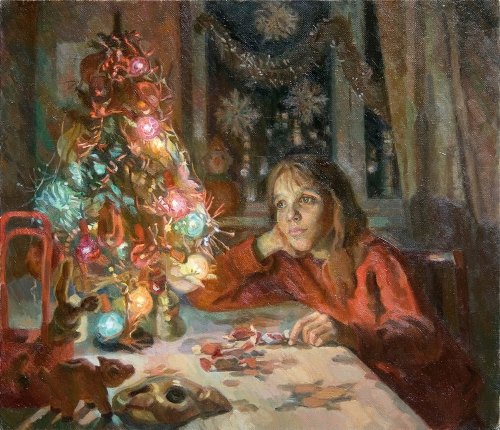 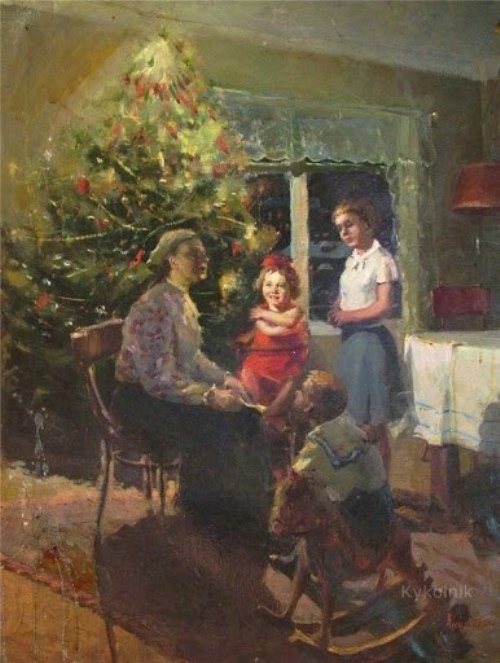 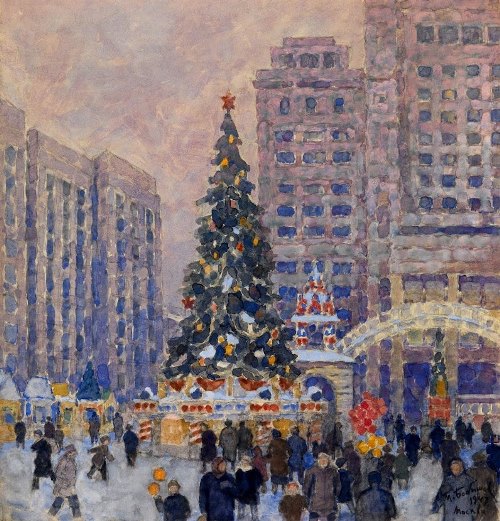 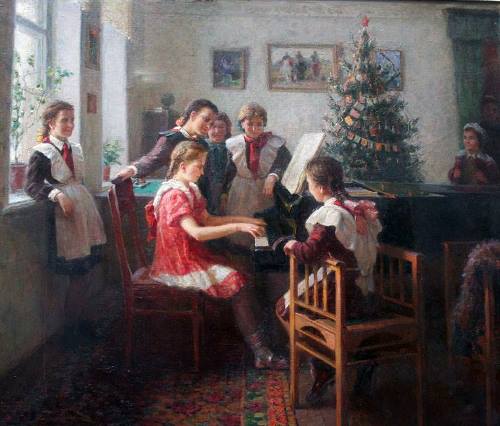 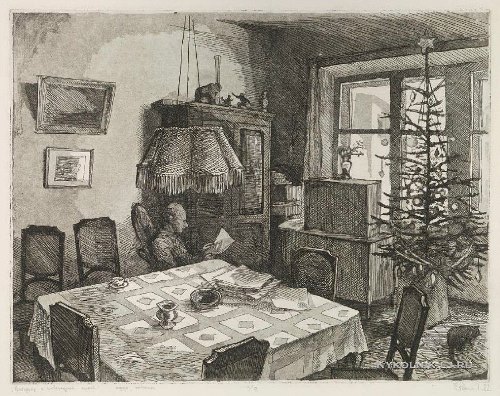 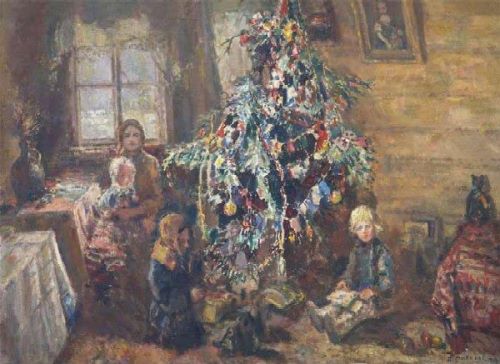 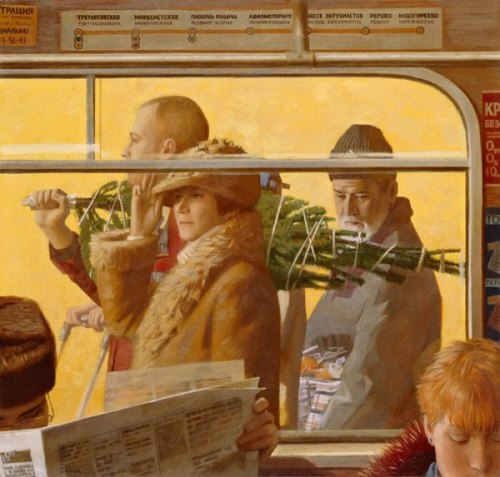 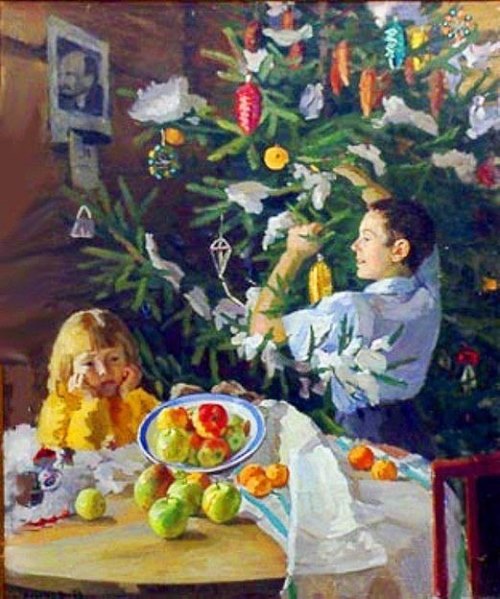 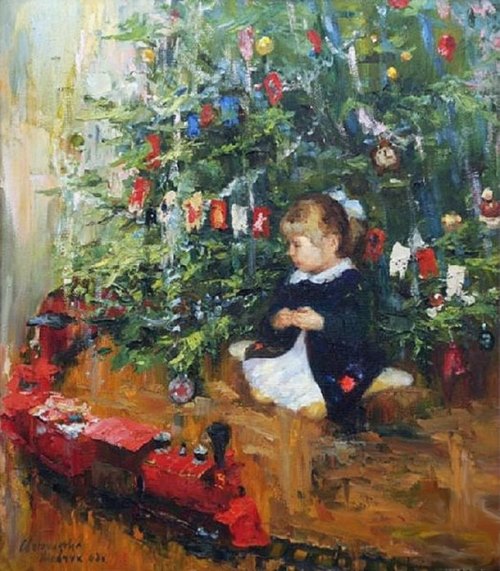 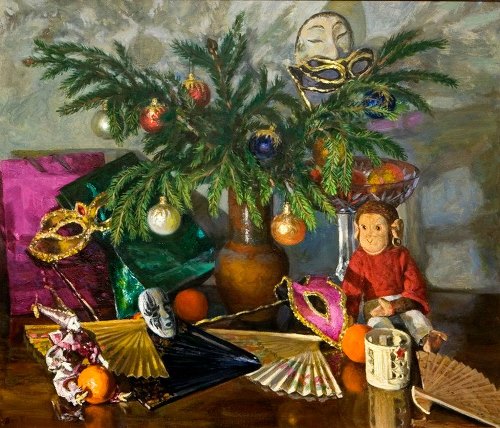 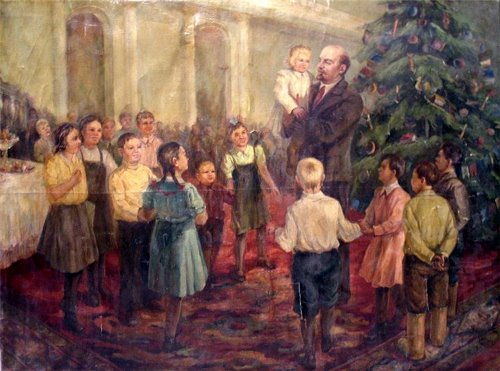 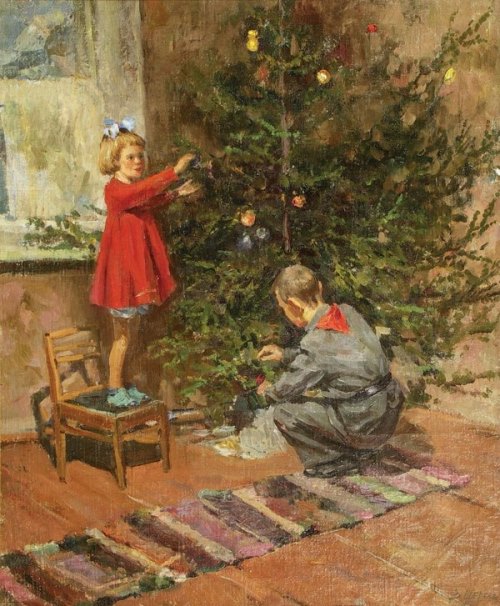 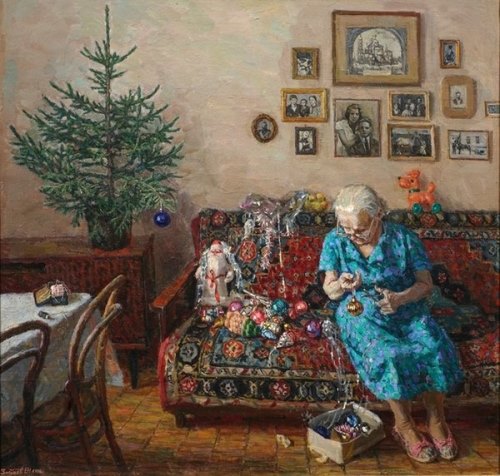 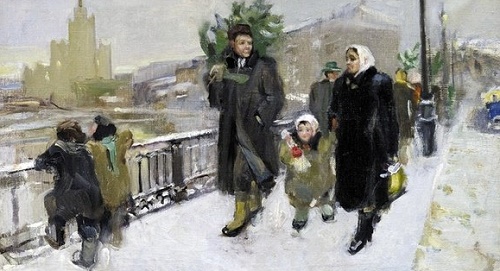 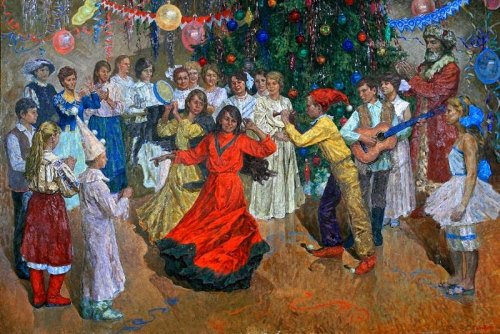 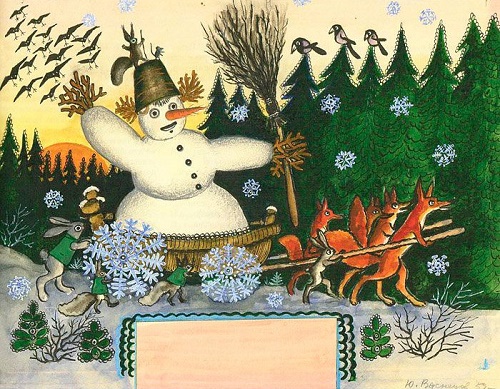