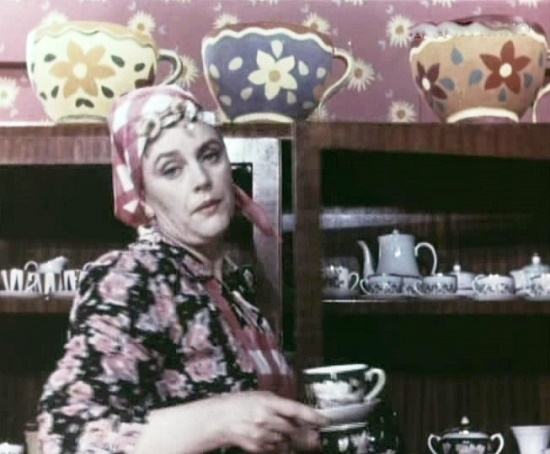 Famous Soviet episode actress Nina Agapova
Born on May 30, 1926 in Moscow, Nina Agapova is the famous Soviet episode actress. Her parents lived in the same village near Kolomna, and later moved to Moscow to feed themselves. The mother of the future actress began working in a weaving factory, and her father traded in a private shop. However, in August 1945, he died of tuberculosis. Nina from childhood was artistic and had a beautiful voice. In the summer of 1941, when the war was already in full swing, she entered the Russian folk choir named after Yarkov and traveled all over the country with concerts. She performed in the Far East, in Asia, in the Crimea and even on the Karelian front. There she very quickly got into soloists and even played the main role (bride) in the theatrical performance “Russian Wedding”. Apparently, she would sing in the choir, but immediately after the war she feel in love with cinematography.
Together with her friends, Nina often ran to Mosfilm to earn extra money in episodic scenes. And one day she caught the eye of the assistant director Viktorov, who helped M. Romm to make the film “Man No. 217”. And it was him who advised Agapova to try her luck in acting. Accordingly, she entered the All Union Institute of Cinematography, the acting and directing course of S. Yutkevich and M. Romm. There her classmates were the future stars of Soviet cinema. In particular, Vladimir Basov, Rezo Chkheidze, Tengiz Abuladze, Vitaly Melnikov and Yuri Sarantsev. 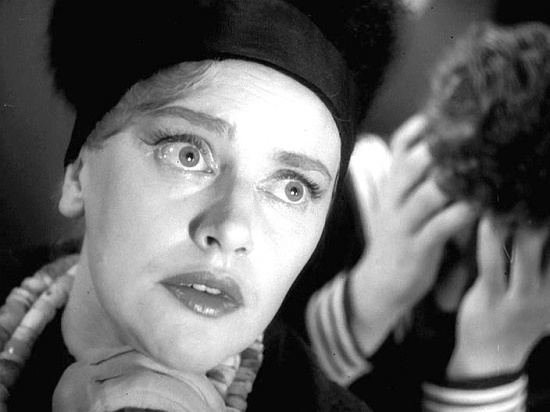 After graduation from VGIK, Agapova got into the troupe of the Theater-Studio of the actor, having entered there together with a group of other graduates of VGIK. They were: Rosa Makagonova, Radner Muratov, Ivan Kosykh and Valentina Belyaeva. Since Agapova possessed excellent vocals, she began to take on musical roles. She played them in the performances “Ordinary Miracle”, “Trouble from a tender heart”, “Eight women”, “Long live the ladies!”, “Ah, heart!”, etc.

In the first half of the 1960s, she played lots of new roles. However, according to film critic S. Kapkov, cinema did not use a tenth of Agapova’s talent. On the one hand, the directors embarrassed by the appearance of the actress couldn’t trust her to play a peasant woman, a worker, and just a Soviet girl. Nina Agapova is a beautiful woman with “Western charm”. So, there were rows of well-trained secretaries, baroness, aristocrat, American English-English-German women, strict doctors and hysterical administrators …

Noteworthy, she played in 126 films, and in general she never stopped working.

As for her private life, the husband of Nina Agapova was the operator Sergey Poluyanov (1924-1983). In the mid-1990s, passed away son of Nina Fyodorovna, Sasha. He, like his father, graduated from the cinematography Department. Unfortunately, in the times of the collapse of the USSR he had to earn money doing business not related with the cinema. But in the end could not stand the rhythm which he took…

(On the book by Fedor Razzakov “The beloved woman of Leonid Gaidai”), source of images – kino-teatr.ru

Forgotten tune for the flute. 1987