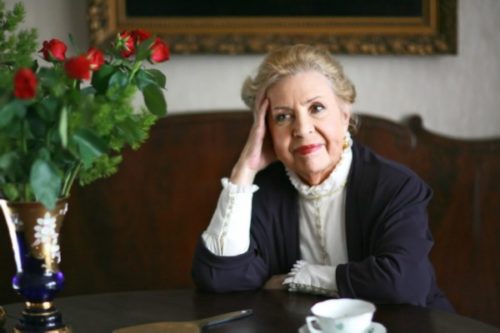 The granddaughter of a rebellious Pole, exiled by the tsarist authorities at the end of the 19th century to Siberia for participating in the uprising. A small village in the Tomsk province became a haven for Johann Hermann, later, with the development of the railway, it grew into the city of Taiga. In Taiga, the mother of the future actress was born, and in 1926, Inna Makarova herself.

The creative family moved to Novosibirsk almost immediately after the birth of their daughter. The center of the new life was the Theater of the Young Spectator, which was headed by the father, and the mother was in charge of the literary part. So the girl grew up: the theatrical backstage of the Youth Theater and “creative tours” on vacation with her grandfather. The first concert is right on the porch of the house. The harmonica master took care of educating his granddaughter’s musical taste, he himself played the mandolin and guitar. 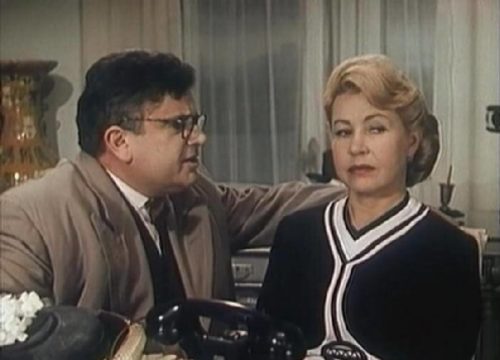 The first stage role of Inna was the priest in the school production of “About the priest and his worker Balda.” The future actress studied in the fourth grade. The role was without words, but brought with it new creative work. The girl became more and more interested in the theater and moved from the school stage to a more serious one – to the drama circle of the House of Artistic Education of Children.

The Great Patriotic War brought recognized theater masters to distant Novosibirsk. The Leningrad Youth Theater and the Philharmonic were evacuated to Siberia. At the rehearsals of the drama circle, Inna Makarova saw real masters. And the desire to become an actress became stronger – during performances in front of the wounded in hospitals. 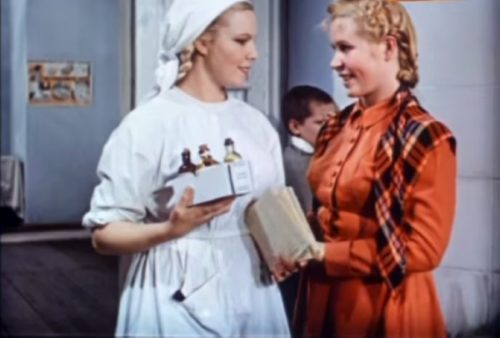 Inna Makarova received her first big movie role in the exam, playing Carmen. The young actress was noticed by Alexander Fadeev: “I don’t know what Carmen was, but I assure you that this is Lyubka Shevtsova.” So Makarova got into the Young Guard. The novel was filmed by Sergei Gerasimov – the director involved students in the filming.

In 1949, the role of Lyuba Shevtsova brought fame to the young actress and the Stalin Prize of the 1st degree. Working on the first main role, Inna Makarova mastered another role – already in life – the wife of the future director. The girl married Sergei Bondarchuk, who, after returning from the front, entered the course of Sergei Gerasimov. The couple lived together for ten years, their daughter Natalya Bondarchuk continued the dynasty – she became an actress and director. The second husband of Inna Makarova is Mikhail Perelman, professor, doctor of medical sciences. 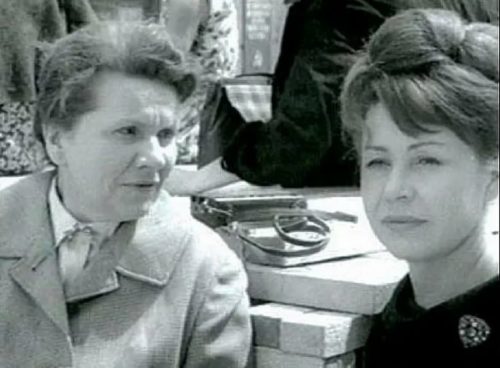 Film of a Woman 1965 Inna Makarova

Theater or cinema? It seems that after graduating from VGIK, Inna Makarova did not have such a question. The actress went to work at the Film Actor’s Theater and preferred roles on the screen. The film “Height” brought the viewer’s love.

The production drama at the construction of a blast furnace with the participation of Nikolai Rybnikov came out warm and convincing. The performers of the main roles, despite the presence of stuntmen on the set, worked themselves, understanding the importance of each frame. Inna Makarova had Young Guard behind her back, Rybnikov had Spring on Zarechnaya Street. Filmed in Dneprodzerzhinsk – at a local metallurgical plant during the construction of a blast furnace. So the conditions were as close as possible to “combat”.

In 1957, the film received the Crystal Globe, the main prize of the X International Festival in Karlovy Vary.

The creative biography of Inna Makarova consists of fifty film roles. The actress had a chance to act in many wonderful films. Among them are “My dear man”, “The Rumyantsev case”, “Girls”, “Women”, “Balzaminov’s marriage”, “Taimyr calls you”, “Love Yarovaya”. The actress is in demand to this day. Pleases the viewer with new roles and creative meetings. Inna Makarova told her life story in the book “Thanksgiving”. This is a book about life and about dear people who met her on her creative path. 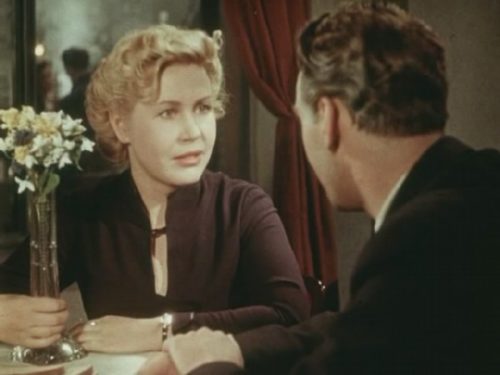 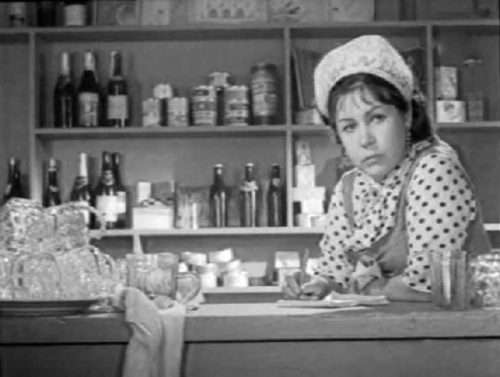 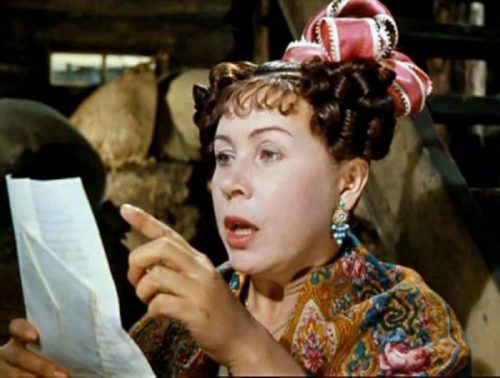 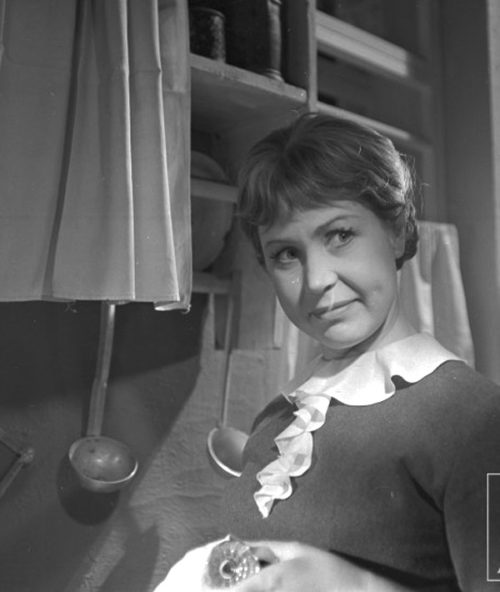 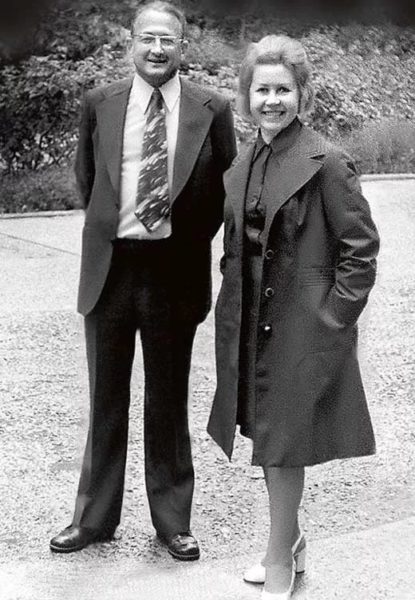 inna makarova with her husband 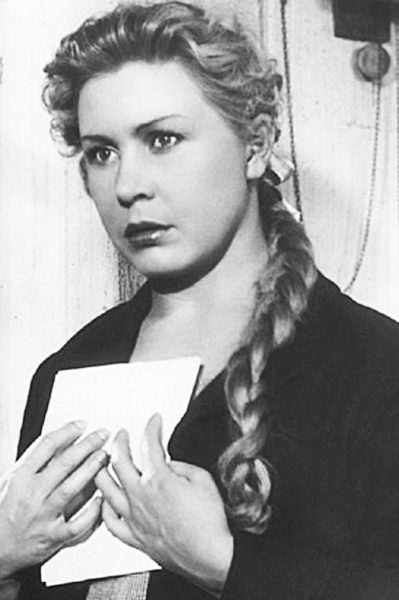 Inna Makarova in her youth 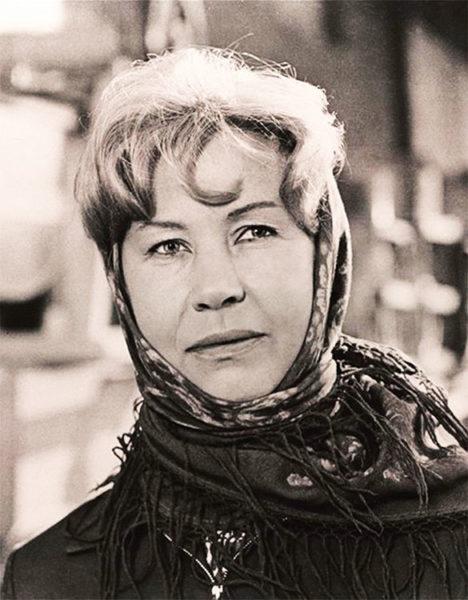