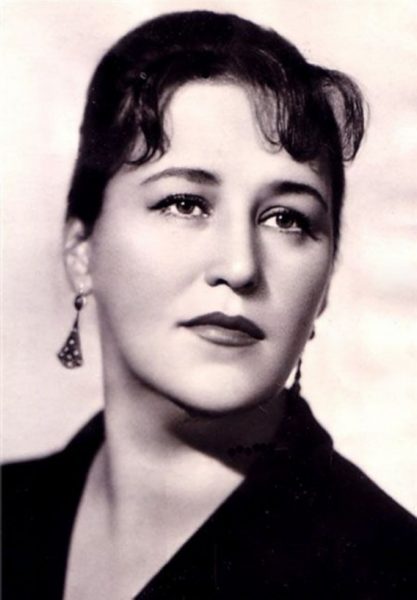 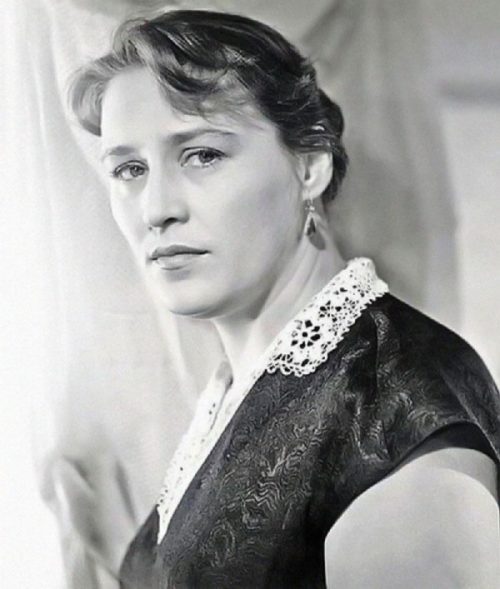 Her mother, Irina Mordyukova, worked as the chairman of a collective farm. It was she who gave the girl a sonorous and unusual name Noyabrina and instilled a love for the theater, music and art. “I was still small, but my ear for music, inherited from my mother’s ancestors and from herself, enjoyed it when she sang. Her magical viola, as they say, drove everyone crazy, ”the future actress recalled. 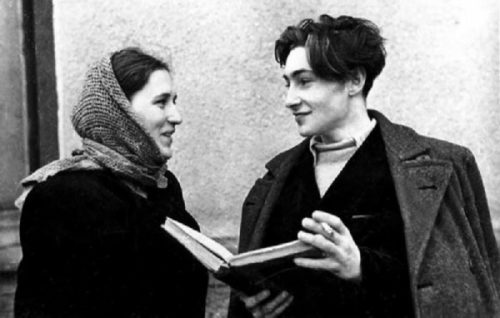 Mordyukova did not manage to leave for the capital: in 1941 the war began. The already difficult village life became even harder: the father went to the front, and the mother and children could not be evacuated. So that they would not be sent to Germany, the Mordyukovs hid from German soldiers. At the end of 1943, Viktor Mordyukov returned home, having lost his leg in battle. His relationship with his wife became strained, and in early 1944 the family broke up. The mother took the children and left for Yeysk. Here Nonna Mordyukova graduated from high school and from here soon after the end of the war, in 1945, she went to conquer the capital.

Nonna Mordyukova was admitted to VGIK: at the entrance exams she received only five, although she did not even prepare for the creative competition. Instead of memorized excerpts from works of art, she played impromptu skits in front of the commission, in which real stories from the Kuban childhood and fictional details were intertwined. 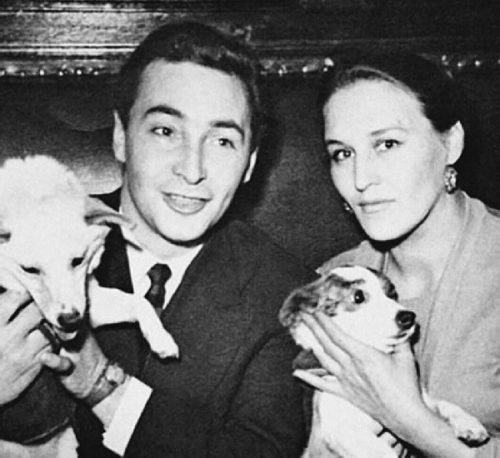 Films: from “Young Guard” to “Mom”

When Nonna Mordyukova moved to the second year of VGIK, director Sergei Gerasimov invited her to star in a film based on Alexander Fadeev’s novel The Young Guard. The picture glorified yesterday’s students of VGIK – both the audience and professional critics noted the talent of young actors. Eight people, including Nonna Mordyukova, received Stalin Prizes of the 1st degree.

After graduating from VGIK, Nonna Mordyukova entered the Film Actor Theater Studio. For the next few years, her name was not enough in the cinema: the stately beauty-Cossack girl was firmly associated with directors with Ulyana Gromova, she was not represented in other images. The directors saw a tragic heroine in the young actress, predicted serious dramatic roles for her, but she herself wanted to play “simple Russian women.” Finally, in 1955, she starred in Mikhail Schweitzer’s film Alien Relatives. After that, her career took off. 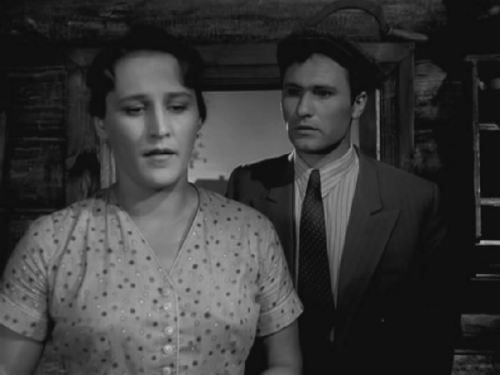 Nonna Mordyukova and Vasily Shukshin in the film A Simple Story

In the 1980s, Nonna Mordyukova began to appear less often. The image of a simple Russian woman began to leave the screens. Her last work in a feature film was the main role in Denis Evstigneev’s film “Mom”. Arif Aliyev, the author of the script for “Mom”, later said that the film was created specifically for this actress: the strong-willed heroine was again in the center of the plot. 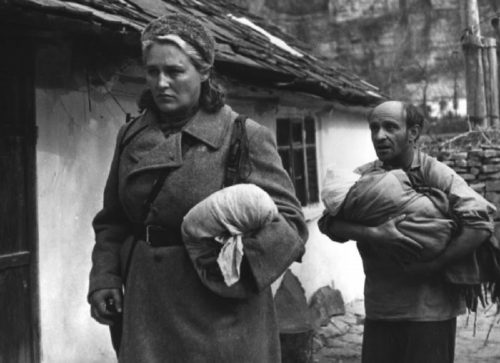 Nonna Mordyukova and Rolan Bykov in the film Commissar

The personal life of the actress

“Two stars” – so they said about the union of Mordyukova and her husband – actor Vyacheslav Tikhonov. They studied together in the workshop of Boris Bibikov at VGIK, and then Sergey Gerasimov noticed them both and approved them for roles in the Young Guard. It was on the set of the picture that their relationship began. In 1950, the couple had a son, Vladimir. Young parents at that time lived in a student dormitory, where they were given a small room. 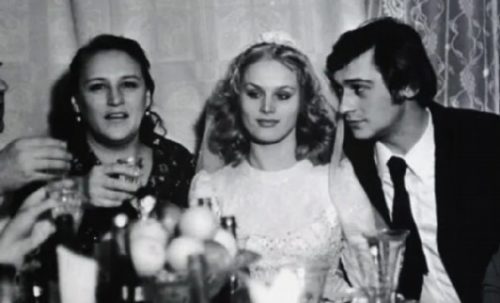 Nonna Mordyukova with her son at his second wedding – with figure skater Natalia Egorova.

Shortly after the birth of the child, Nonna Mordyukova and Vyacheslav Tikhonov got married. Mordyukova fell in love with Vladimir, her only son, “burningly and strongly” and wrote about it more than once, but she recalled her relationship with her husband with sadness: they were too dissimilar in character and habits. Mordyukova was a noisy and cheerful “Kuban girl”, she loved to sing and talk, while Tikhonov was modest and silent. “Breadcrumbs with crackers,” Mordyukova wrote about him in her memoirs.

The marriage of Mordyukova and Tikhonov lasted 13 years – largely thanks to the efforts of Mordyukova’s mother, who supported her son-in-law and wanted her grandson to grow up in a complete family. After Tikhonov, there were several men in Mordyukova’s life: she herself admitted that she was amorous. On the set of the film “A Simple Story”, she became interested in Vasily Shukshin, lived for several years in marriage with actor and screenwriter Boris Andronikashvili, and for about six months with actor Vladimir Soshalsky. The actress said that there were many novels in her life, but all of them were “out of high love.” 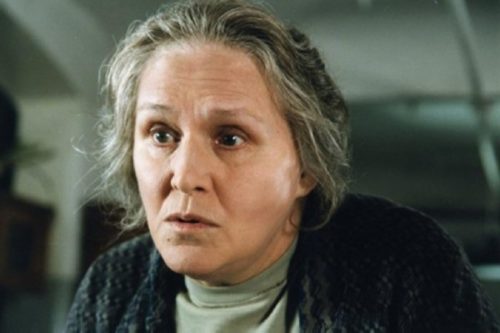 Nonna Mordyukova in the film Mom 1999

“I play one role all my life, and my heroine is the people”

In the last years of her life, Nonna almost did not act in feature films – only in documentaries dedicated to her career in Soviet cinema. For several years, the actress lived with her younger sister, Natalya Mordyukova-Kataeva. Grandchildren – Vasily and Vladimir – rarely saw Mordyukova, she suffered from loneliness, yearned for her son.

With her son in the film Russian Field

Nonna Mordyukova died on July 6, 2008. The actress was buried, as she bequeathed, at the Kuntsevo cemetery, next to her son. 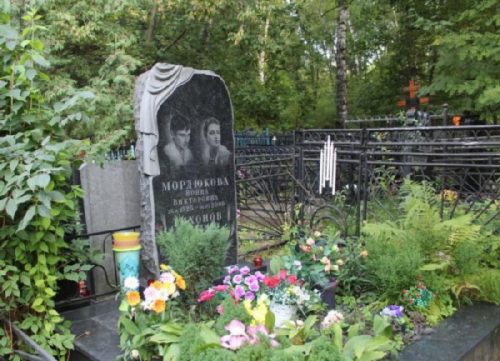 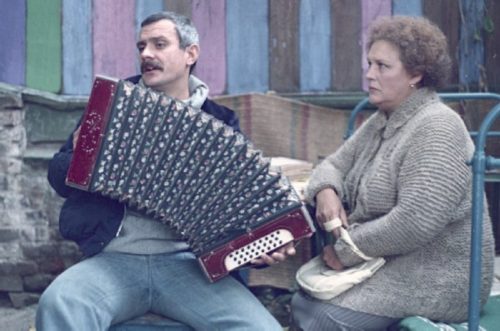 Nikita Mikhalkov on the set of the movie Kin 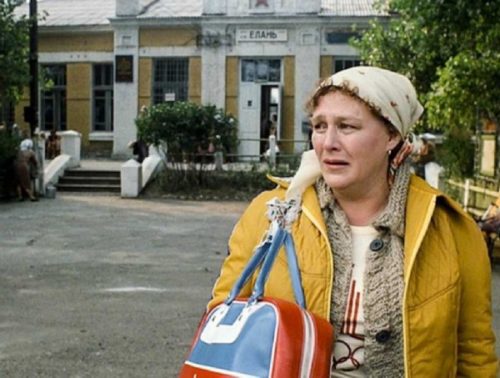 Frame of the film Kin 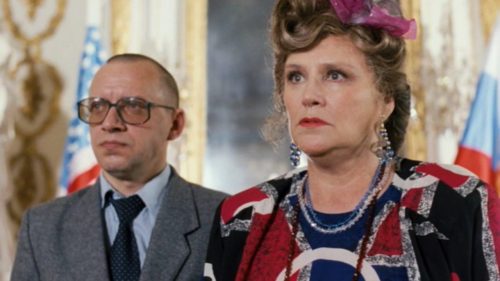 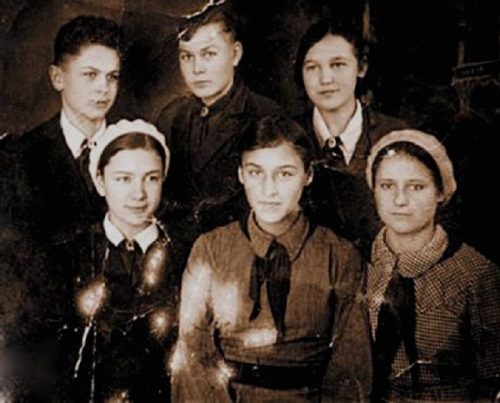 Nonna Mordyukova (bottom center) with her brothers and sisters 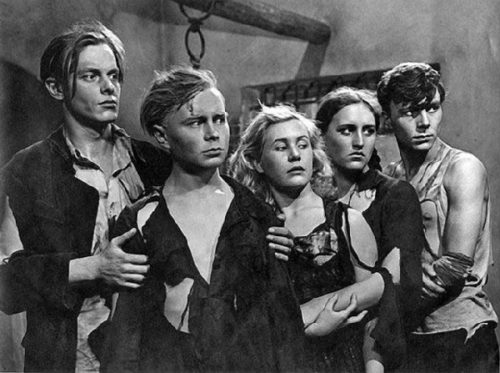 Nonna Mordyukova (second from right) in the film The Young Guard