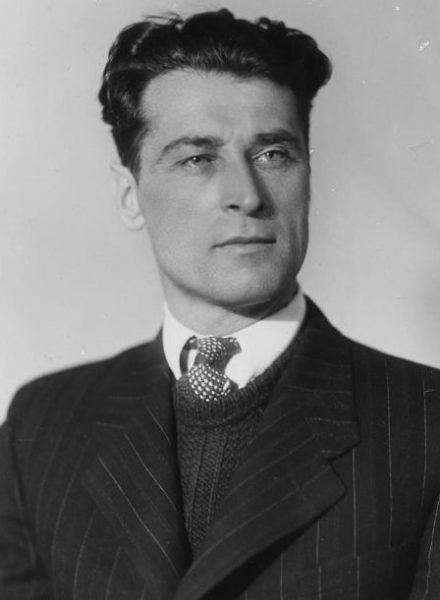 From the first days of the Great Patriotic War, people of quite peaceful professions served in the navy – actors and musicians, artists and photographers, writers and journalists, one of them was Yakov Dorofeevich Romas.

Yakov Dorofeevich Romas was born in 1902 near Grodno. He studied in Moscow at the Prechistenskiy Practical Institute (1922–1924), studied with Konstantin Korovin and Nikolai Krymov. In 1930, Romas graduated from the theatrical and decorative department of the Higher Institute of Art and Technology.

Yakov Romas became a master of decorative and design art: he was engaged in decorating Moscow for celebrations, was a decorator of museums, was engaged in restoration work, and managed to contribute to the design of the design of Moscow metro stations. He was married for the first time – to the artist-classmate Varvara Alexandrovna Armand (1901-1987), the daughter of Inessa Armand (sometimes they mistakenly write that Romas was her adopted son). 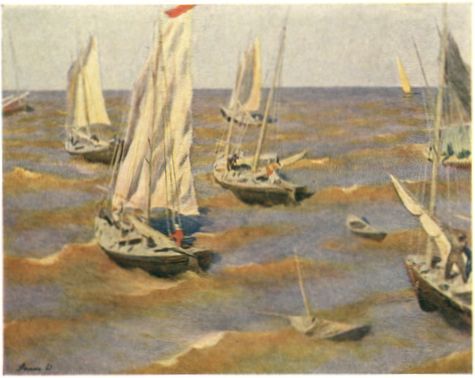 Yakov Romas strove to work in the field of painting. The artist was especially fond of the Caspian Sea, the Volga, the Yenisei. Wonderful seascapes, fishing boats and boats.

To his first serious painting, Ya.D. Romas started on the eve of the war, but the brush had to be postponed for a while. From June 1941 to August 1943, Romas served on the cruiser Maxim Gorky of the Baltic Fleet.

On August 18, 1941, the cruiser landed in Lesnaya harbor, on August 24, under its own power, along the Sea Canal moved to Khlebnaya Gavan. He took part in repelling numerous air raids and the September assault on Leningrad, received eight hits from heavy shells and was transferred to the Iron Wall of the commercial port near the mouth of the Fontanka, where repairs were carried out on it. The ship, changing positions, participated in the defense and breaking the blockade of Leningrad as part of the 2nd group, based in the commercial port.

Yakov Dorofeevich Romas spent almost the entire blockade on the cruiser, very closely got along with the ship and fellow sailors. Having behind him the experience of the civil war (on the Turkmen front in 1919) and perfectly wielding the Maxim machine gun, Romas “trained about 150 Red Navy men, junior commanders and middle command personnel, repeatedly performed combat missions of the command, being a commander of a combat echelon, during time art. shelling and bomb attacks from the air … behaved courageously, showing an example of courage to the entire personnel of the cruiser “(from the presentation for the award of the Order of the Red Star, 1942). 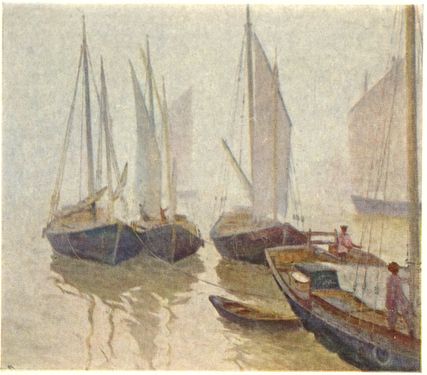 Winter volleys of the Baltic

In besieged Leningrad – in the harsh winter of 1941-1942. ” – I. Romas, who became an artist-painter of the squadron of the Red Banner Baltic Fleet, began work on his most famous painting: “Winter Volleys of the Baltic”. The idea was simple: to embody in the picture the role of the fleet in the war, the native ship, the participation of this heroic ship in the war. In small pictorial sketches from nature, in sketches – fluent cursive writing – he recorded his observations. And the further the artist delved into his topic, the more he was no longer occupied with the documentation of the fact, but the search for a great generalization. 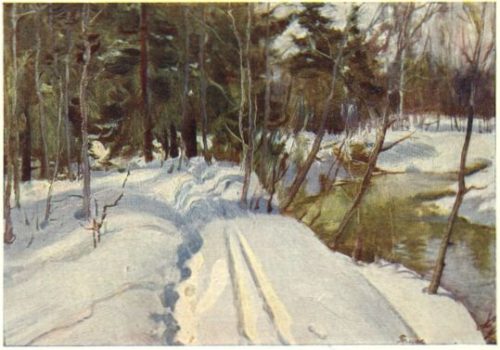 Already in 1942, the painting “Winter Volleys of the Baltic” took the central place at the exhibition “The Great Patriotic War”. At the same time, Romas created several more paintings that made up a kind of chronicle of the war years, among them “Everyday life on a cruiser”, “Base of torpedo boats”, “Anti-aircraft gunners”, “Observers”, “Disguise of a warship”. 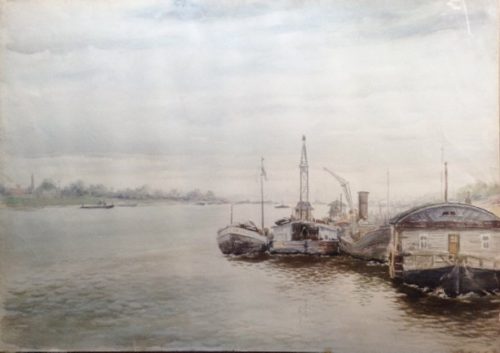 The commander of the cruiser “Maxim Gorky” from January 7, 1942 was Captain 1st Rank Ivan Georgievich Svyatov (1903-1983). In 1943 I.G. Svyatov temporarily served as squadron commander, then – chief of staff of a squadron of ships of the Baltic Fleet.

On March 22, 1944, by the Decree of the Presidium of the Supreme Soviet of the USSR “for the exemplary performance of the combat missions of the command on the front of the struggle against the Nazi invaders and the valor and courage shown by the personnel,” the cruiser “Maxim Gorky” was awarded the Order of the Red Banner.

In June-July 1944 I.G. Svyatov was the deputy commander of the operation to liberate the islands of the Vyborg Bay, and since November 1944 – the commander of the Light Forces Detachment of the Pacific Fleet, a participant in the war with Japan (1945). He was awarded the Order of Lenin, 5 Orders of the Red Banner, the Orders of Nakhimov, 1st degree and Ushakov, 2nd degree, and many medals. 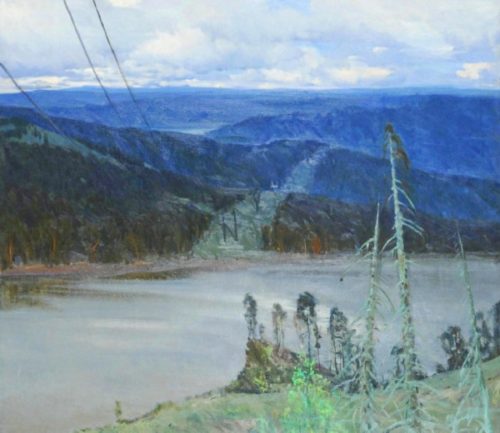 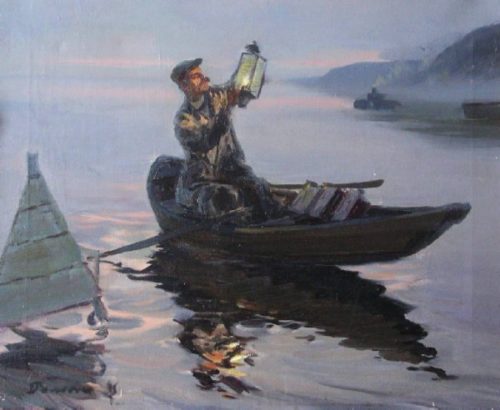 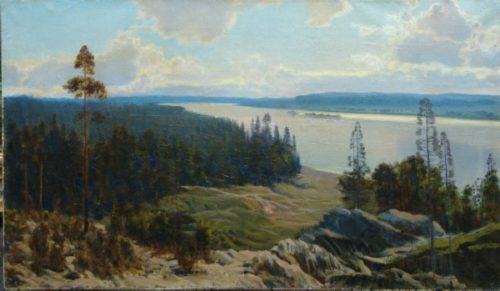 In the southern port of the capital, 1949 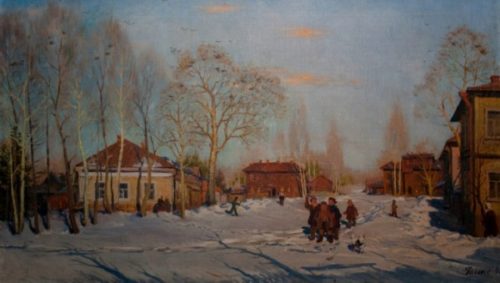 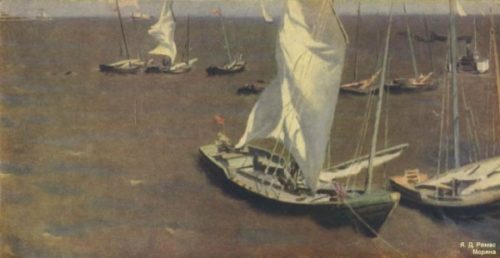 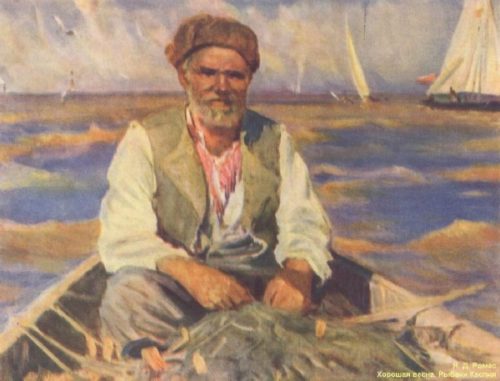 Nice spring. Fishermen of the Caspian 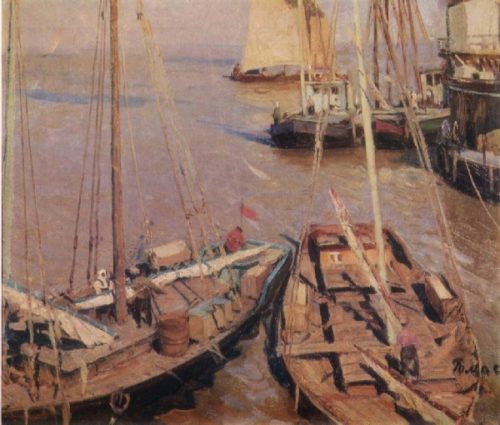 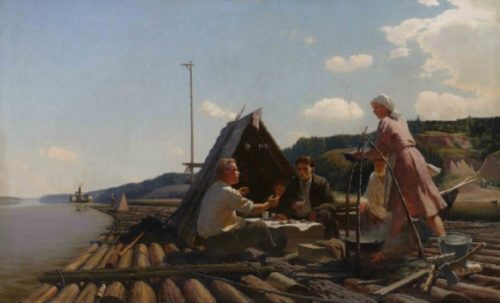 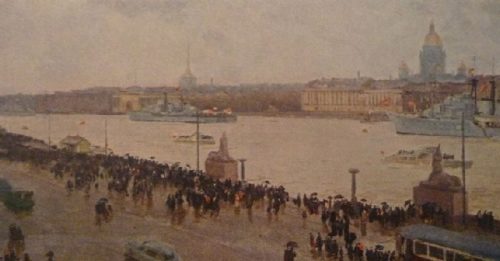 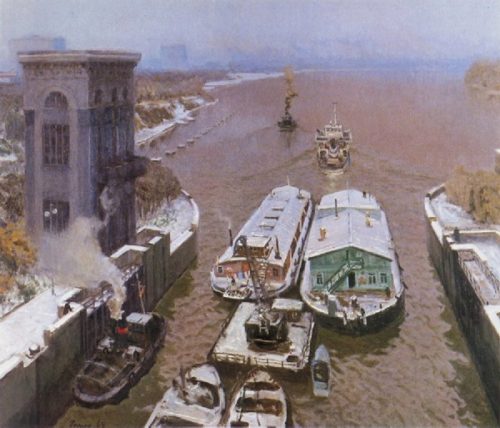 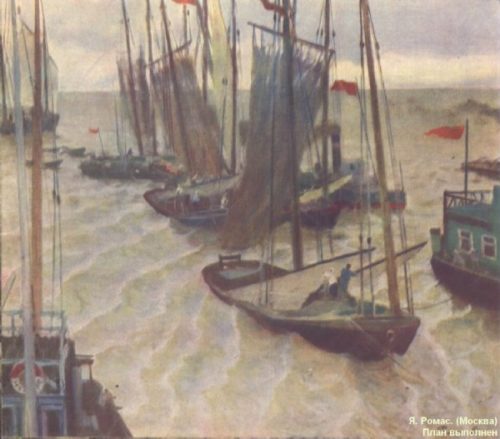 The plan has been completed (from the Spring fishing season in the North Caspian Sea). 1961 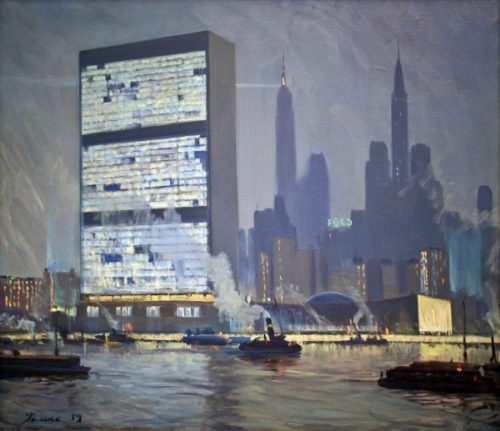 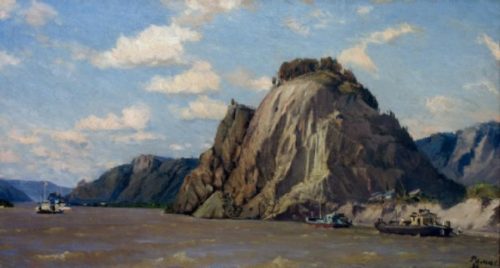 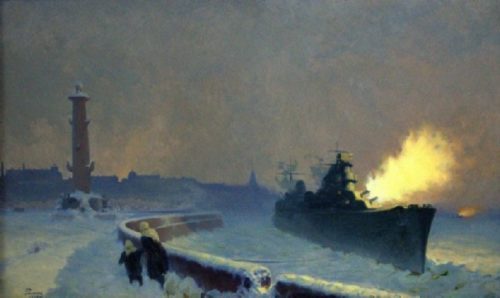 Winter volleys of the Baltic, 1942