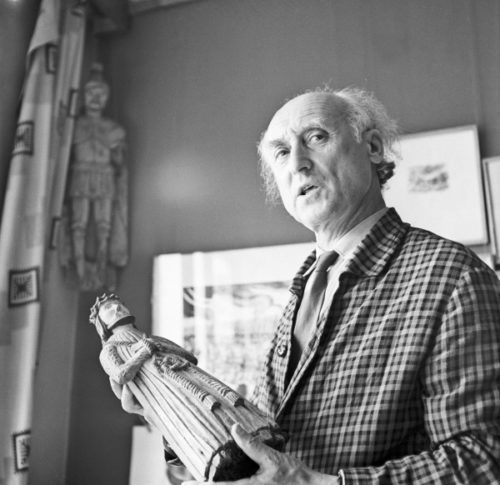 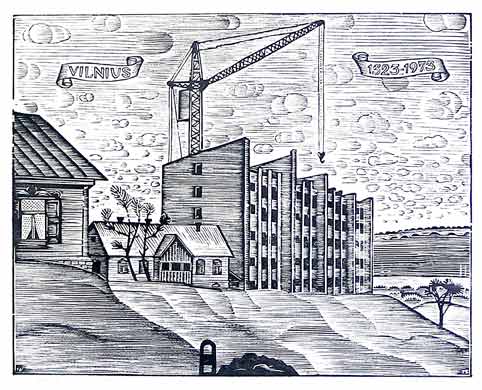 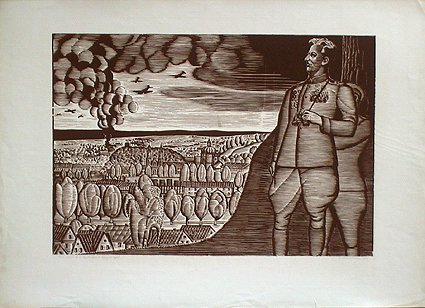 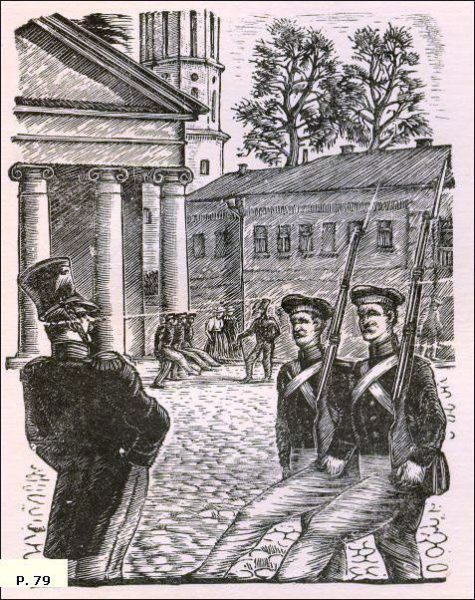 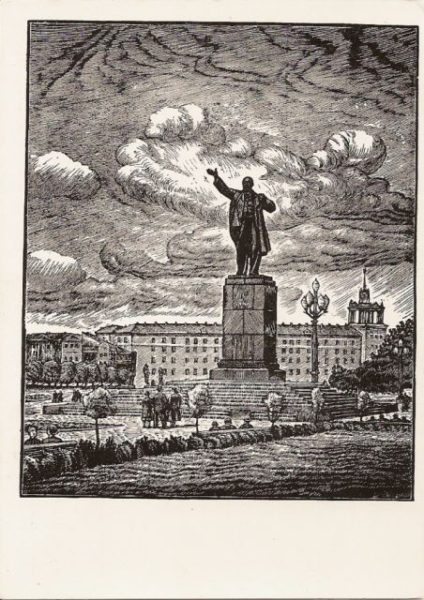 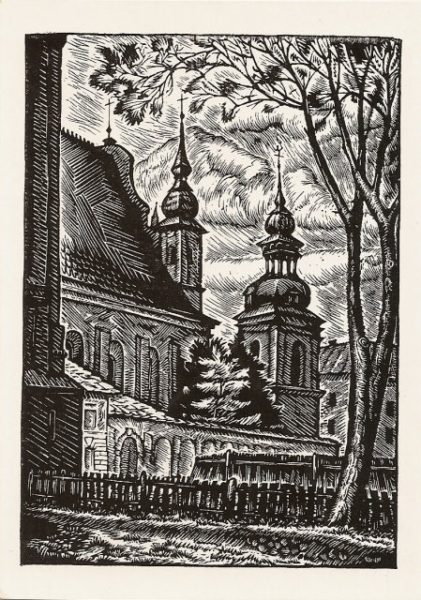 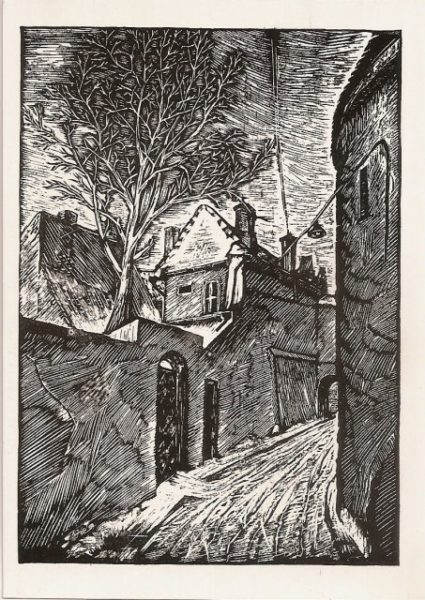 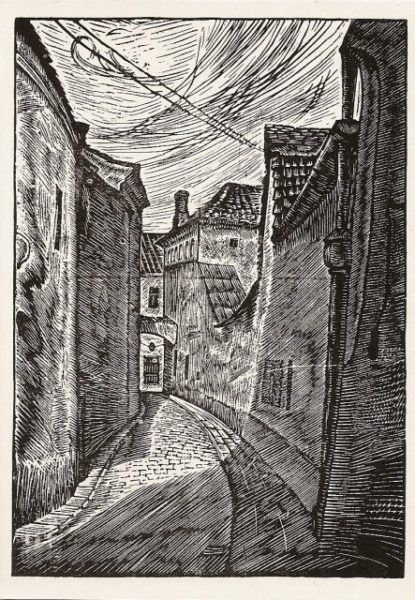 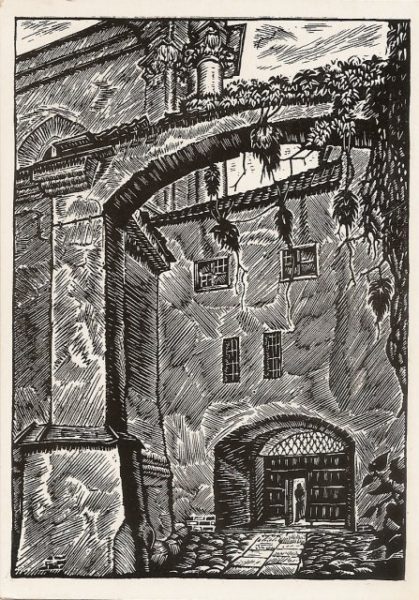 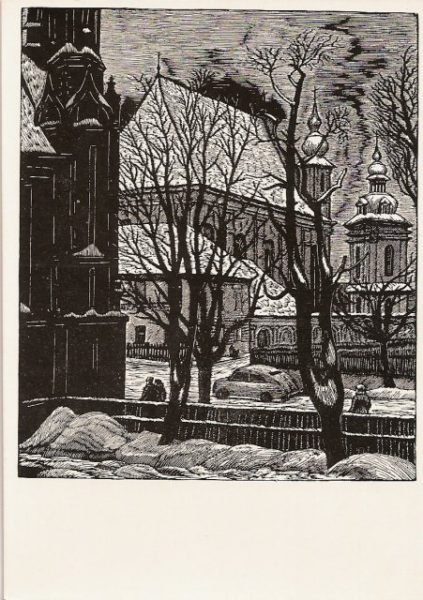 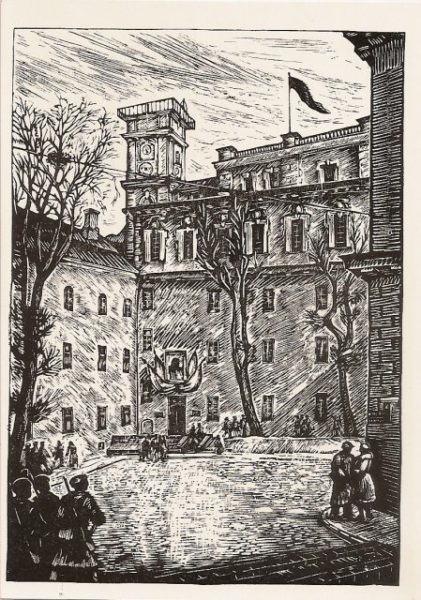 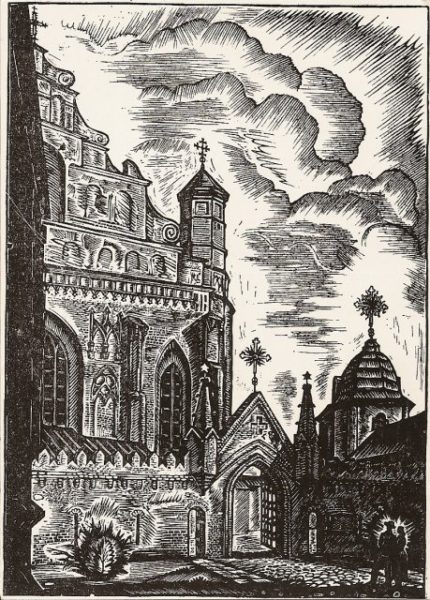 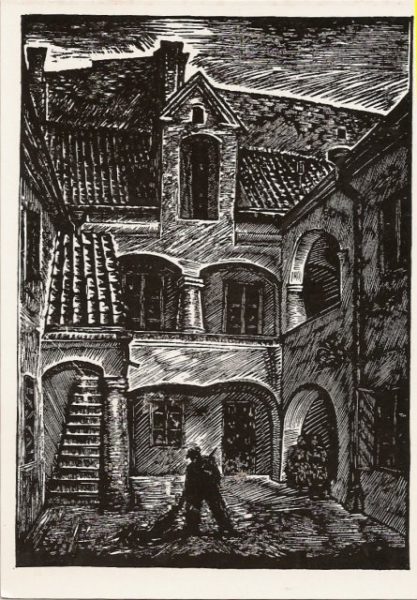 The courtyard of a residential building on the street. Gorky. Cut engraving. 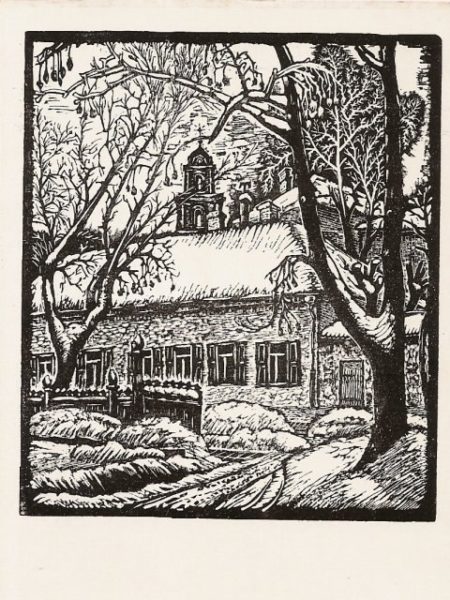 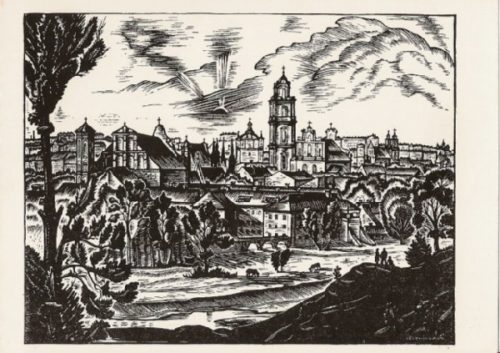 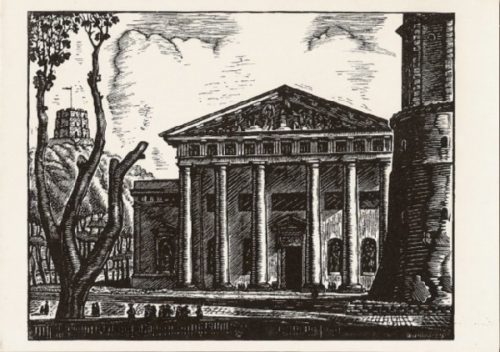 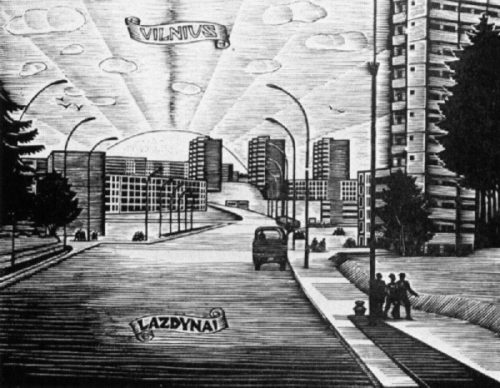 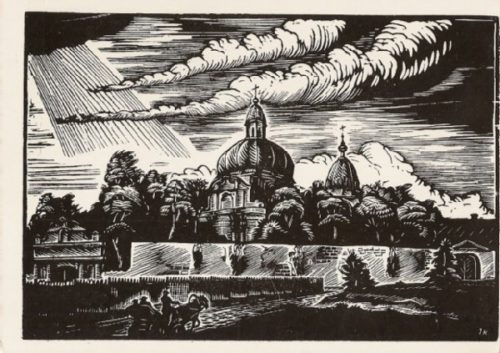 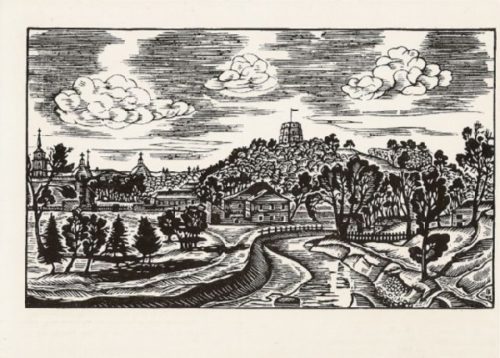 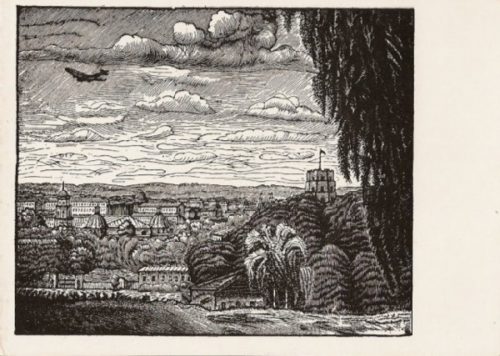