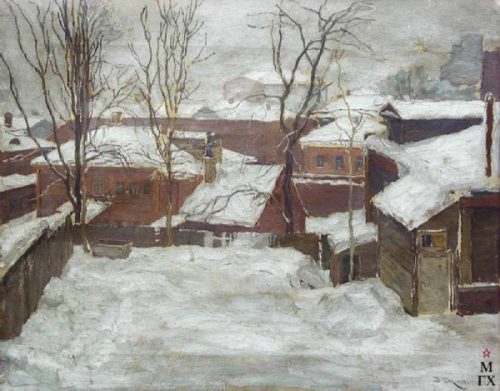 Vasily Baksheev is an excellent master of writing in the open air, his palette is light and airy, the master’s brush captured the finest, unique shades and transitions of tones. The painting of Vasily Baksheev is inherent in a quality that is very dear to a person brought up in the spirit of Russian culture, this quality is sincerity, sincerity.

Vasily Nikolayevich Baksheev deservedly belongs to those outstanding masters of Soviet art who associate him with the best traditions of the Russian national school of painting.

Vasily Baksheev was born on December 12 (24), 1862 in Moscow into the family of a nobleman of the Moscow province, titular adviser Nikolai Fedorovich Baksheev (1822-1875). A penchant for drawing manifested itself in the future artist in early childhood. Vasily Baksheev’s childhood was spent in Stafortovo.

The elder brother of the artist was a famous architect, and it was under his influence that young Vasily, after graduating from a six-grade school in 1877, entered the architectural department of the Moscow School of Painting, Sculpture and Architecture. 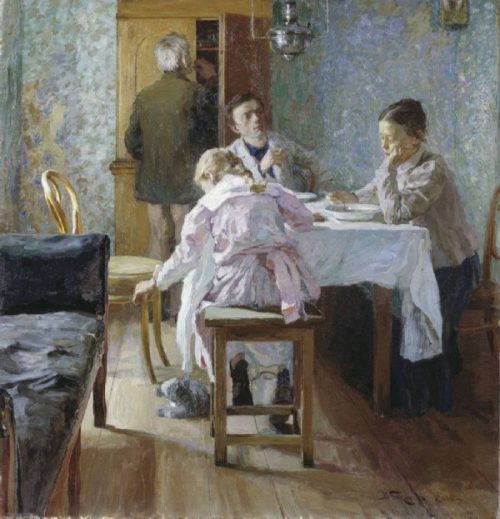 However, later his passion for painting prevailed, and Baksheev transferred to the painting department. It should be noted that he was lucky to have among his teachers such wonderful artists and teachers as E. Sorokin, I. Pryanishnikov, Vl. Makovsky, A. Savrasov, V. Polenov.

These were the largest representatives of the older generation of the Wanderers, striving for truth in art and for folk themes. Especially a lot was given to Baksheev by Evgraf Sorokin, an amazing master of drawing, and V. Polenov, who managed to convey to his student the laws of pictorial relations, to instill special attention to color nuances, to light and air.

Already the first works of the artist were highly appreciated by V.V. Vereshchagin.
The painting “Girl feeding the pigeons” (1887), shown at the student exhibition at the Moscow School of Painting, Sculpture and Architecture, attracted the attention of the famous collector of Russian painting Pavel Tretyakov and was acquired by him for his collection, and for the painting “Return from the pilgrimage”, painted in 1888, Baksheev was awarded the title of a class artist and received a large silver medal. …

“A girl feeding pigeons” for painting of that time was a very remarkable painting. The genre theme was performed by the artist in the open air in the village of Zaitsevo, present-day Odintsovo District, Moscow Region.
He came to Zaitsevo as a student. There was the estate of his friend Losev. Losev’s sister, the beautiful fifteen-year-old Anna, impressed the young artist, and he painted her portrait. This small picture, imbued with light, still retains all its poetic freshness. 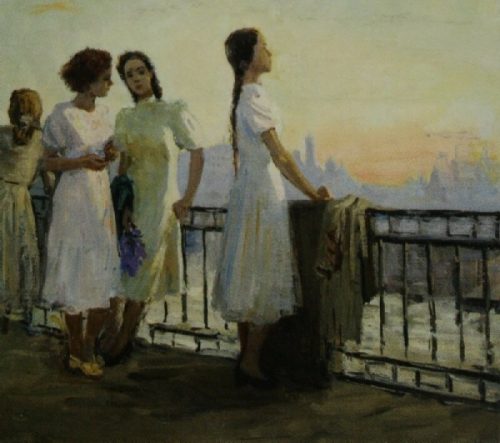 Meeting the dawn after the prom

With the work “A Girl Feeding Pigeons” Baksheev continued the tradition of poetic description of the “Itinerants” in the idyllic genre, as well as with the painting “Everyday Prose”, 1892-1893, in the genre. This is one of the finest realistic paintings of our art of the late nineteenth century. The genre of everyday life here develops into a theme of great social content, represented by the conflict between father and daughter, which is perceived as a conflict of contradictions between the old and new worldviews. The painting was very well received by critics and was very popular. 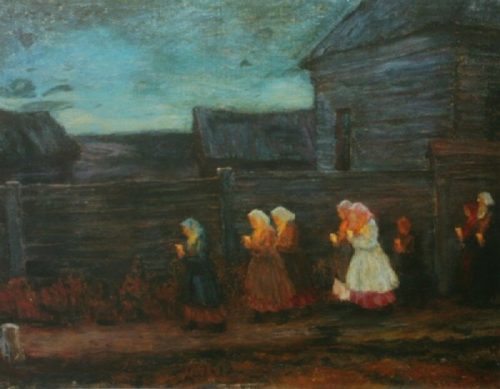 In the initial period of creativity Baksheev shows himself, mainly, as a master of the genre of everyday life. Having firmly linked his activities and social work with the Association of Traveling Exhibitions, to which he was elected as a member in 1893, Baksheev exhibits all his main genre works among the Itinerants. Here his paintings appear: “Outcast”, “Before exams”, “For advice”, 1892, Art Museum of Belarus, Minsk

“During leisure hours”, “Before the arrival of the gentlemen”, “Everyday prose” Tretyakov gallery, “Return home”, “For advice”, “At lunch. Losers”. 1901, Kirov Regional Art Museum named after V.M. and A.M. Vasnetsov. 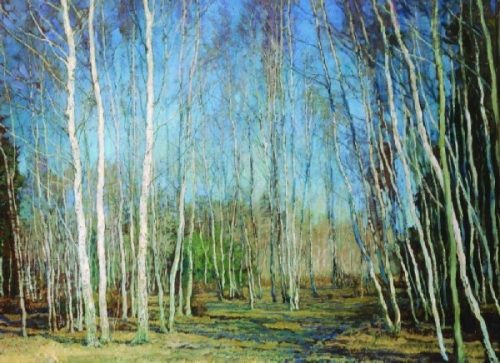 In the next five decades, the theme of the work of Vasily Baksheev was the landscape. Even at a competition in the Society of Art Lovers, Baksheev showed the landscape “Ples on the Volga” (Zashtatny town). At the same time he painted the landscape “Before the Thunderstorm” and a little later “Spring Evening” and “Autumn Rays”, acquired by the Academy of Arts. From the early landscape works of the artist, “Summer Morning” also makes an exciting impression.

Almost all works of this period were created in the best traditions of the lyrical landscape. Among the most famous paintings, it is also worth noting “Hoarfrost”, written in 1900. Hoarfrost, 1900. 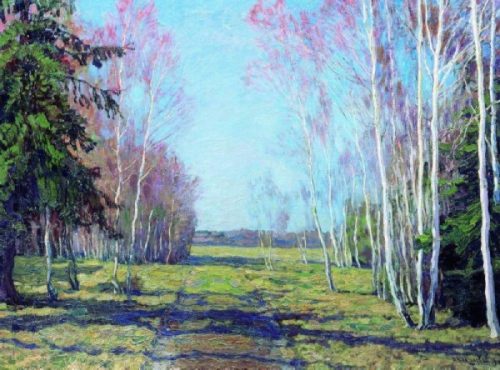 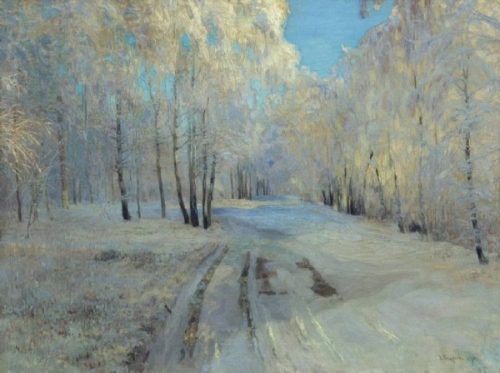