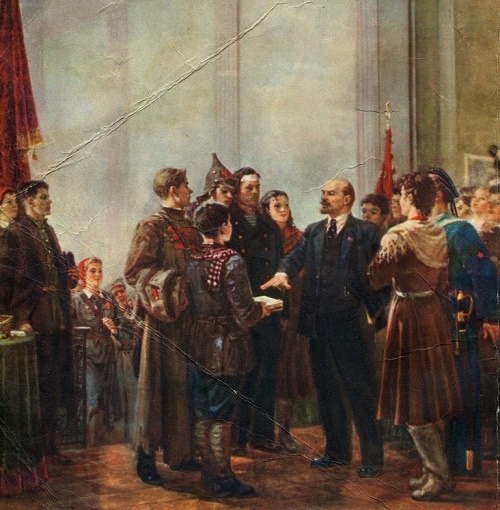 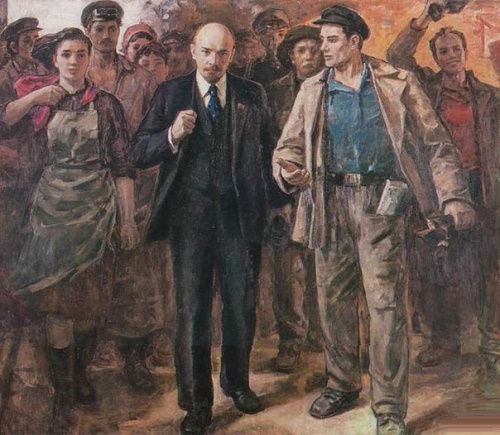 Soviet artist Vasily Hitrikov lived in Kiev. He died September 24, 1987 and was buried in the Kiev cemetery. The works of V. P. Hitrikov are presented in Zaporozhye and Dnepropetrovsk Art Museums, Lvov National Museum, and in private collections in Ukraine and abroad. 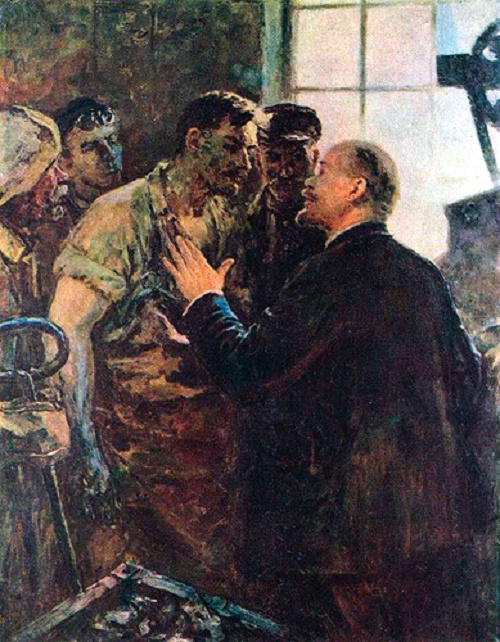 Conversation with Ilyich. 1957, oil on canvas 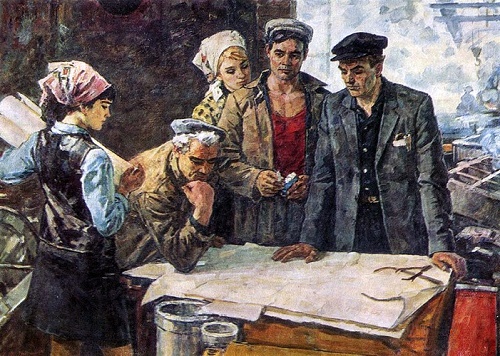 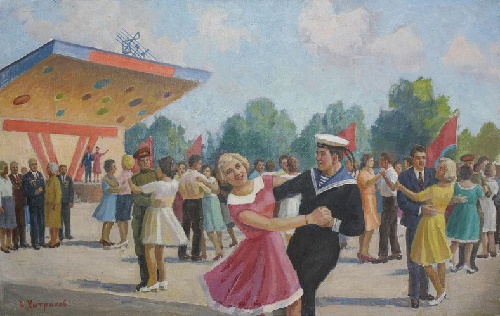 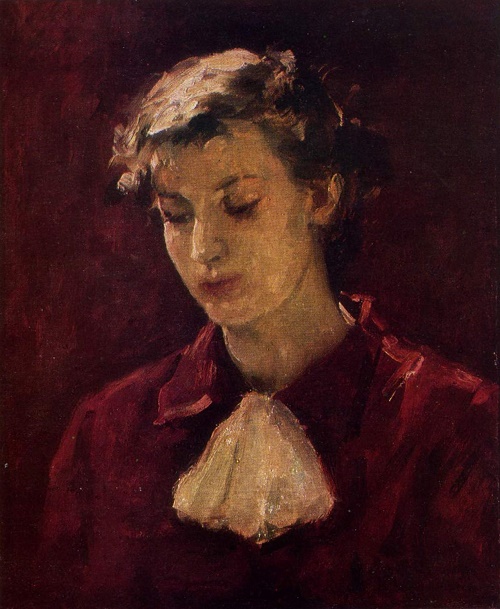 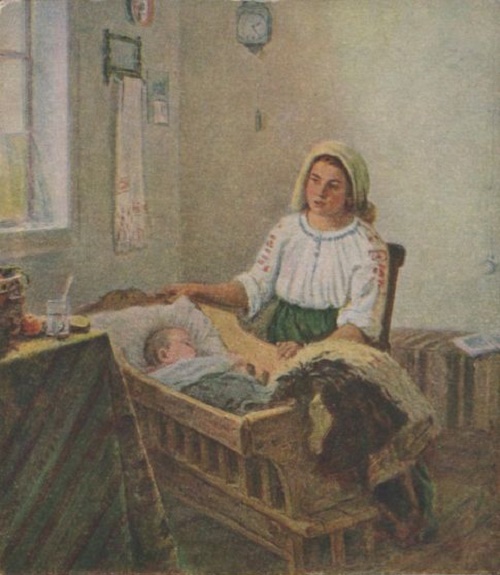 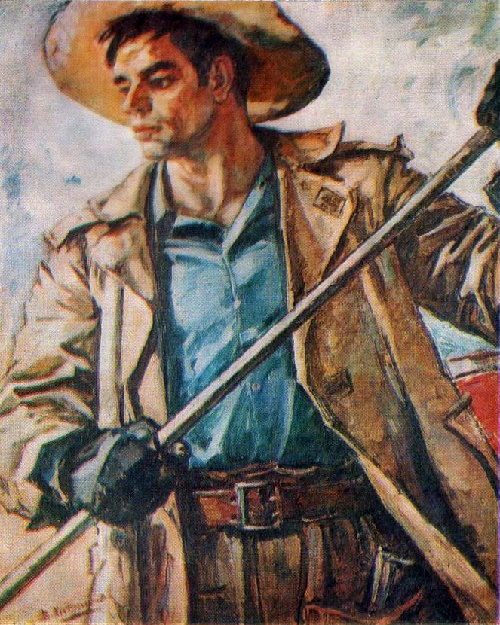 Portrait of a steelworker. 1973, oil on canvas 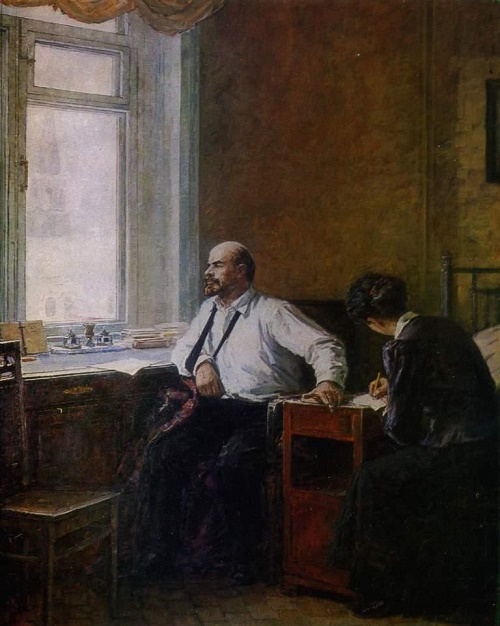 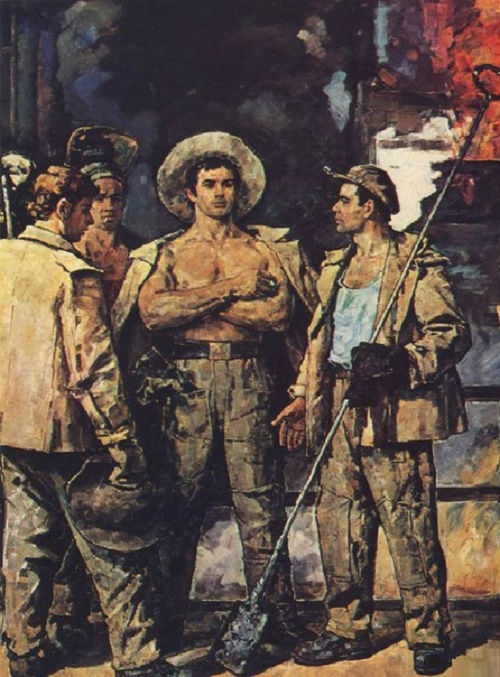 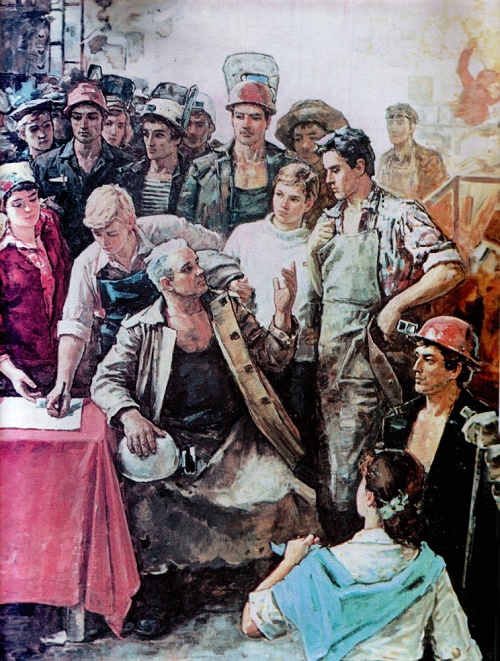 We are peaceful people, detail