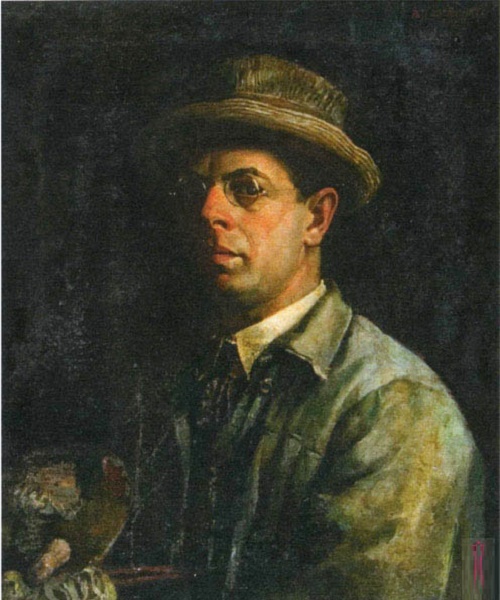 Soviet artist Vasily Hvostenko (1896 – 1960) – comes from a galaxy of serfs artists (his great-grandfather, grandfather and father were icon painters), a member of the “Association of Artists of Revolutionary Russia” (AKhRR). One of the first works carried out on the revolutionary theme: “Lenin on the armored car”, “Lenin in Smolny”, etc. Hvostenko – artist and researcher, developed technologies and modern methods of encaustic painting and revived this ancient art.
Soviet graphic artist, painter, and muralist Vasily Veniaminovich Hvostenko was born August 15, 1896 in Kursk province. In 1910-1917 he studied at the Moscow School of Painting, Sculpture and Architecture, workshops of Alexander Arkhipov, V. Baksheyev, N. Kasatkin, K. Korovin, A. Korin, S. Malyutin, L. Pasternak. Since 1918, he exhibited his works at many art exhibitions in the USSR and abroad, including the exhibitions “Free art”, “Union of Russian Artists”, “Association of Artists of Revolutionary Russia.” 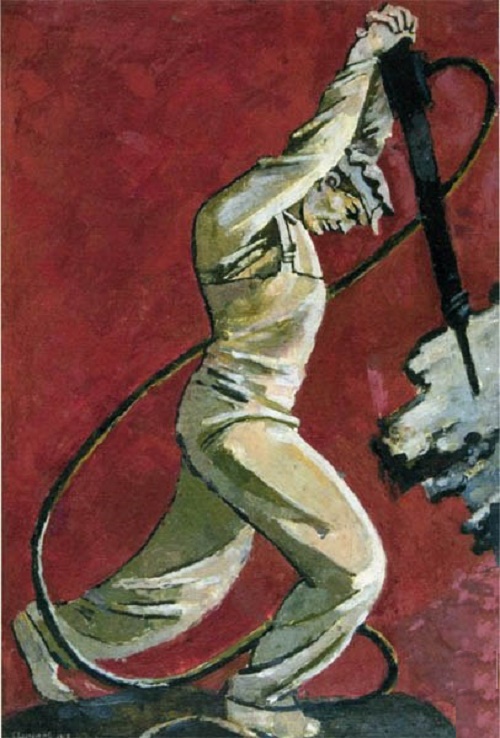 In 1919-1920 he worked as a decorator in the 1st Turkmen front army. In 1920 he worked in the “Windows of ROSTA”. In 1922 became a member of the Association of Artists of Revolutionary Russia. In 1927 he received the “Grand Prize” at the World Exhibition of Decorative Arts in Paris. In 1930s he carried out an extensive series of graphic drawings dedicated to the construction of coal mines and factories in the Urals. In 1941-45 paints pictures on the theme of “The Great Patriotic War”. In 1950s worked on political posters.

His daughter Tatyana Hvostenko (1928-2005) was also an artist and restorer. Soviet artist V. Hvostenko died in 1960 (Moscow). His works are in the State Tretyakov Gallery, the Museum of the city of Baku, the Art Art Gallery of the city of Kemerovo, State historical museum of Borisovka, Russian State Library, and others. 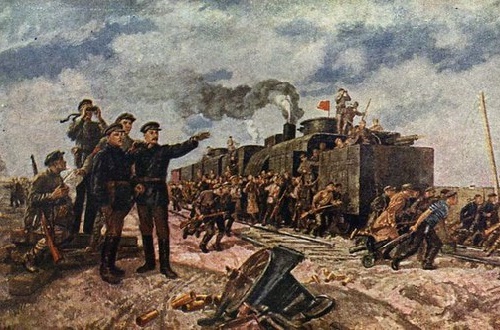 IV Stalin and KE Voroshilov at an armored train on the Tsaritsyn Front, 1934 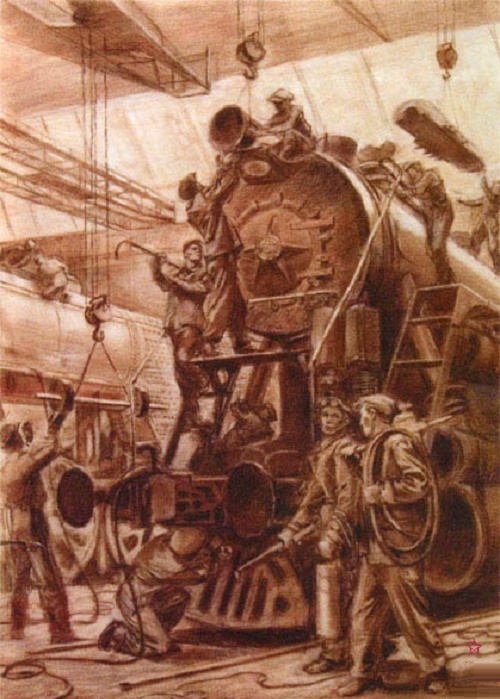 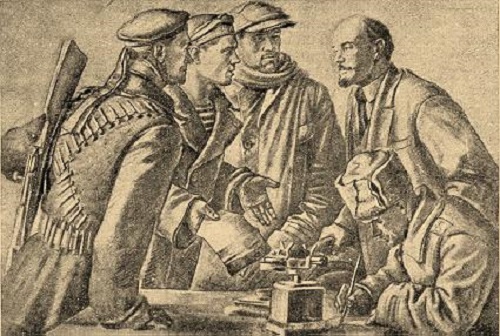 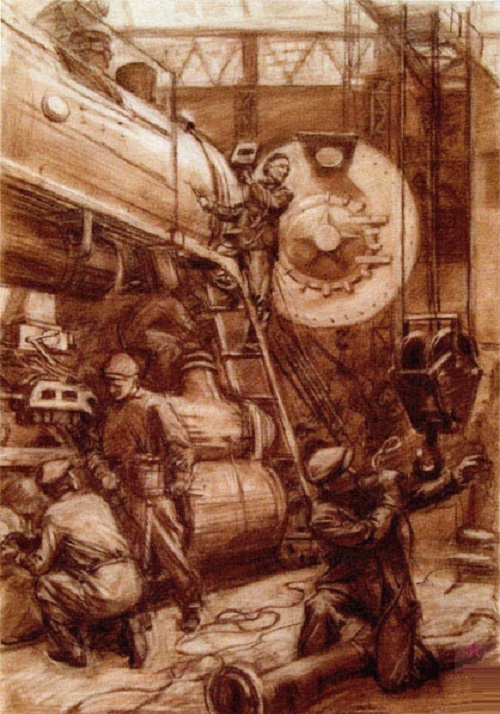 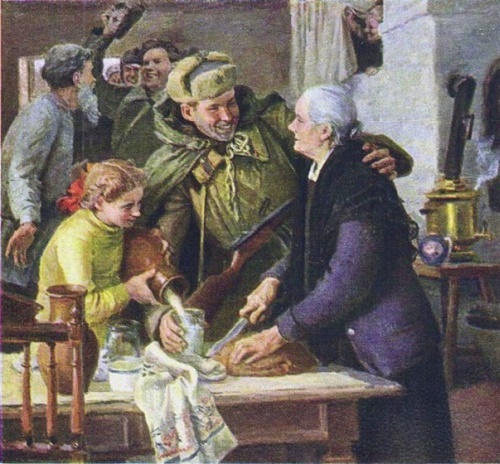 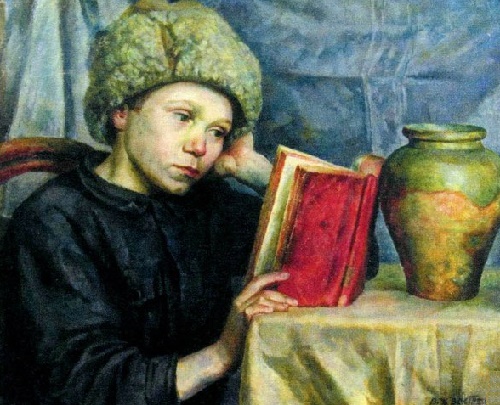 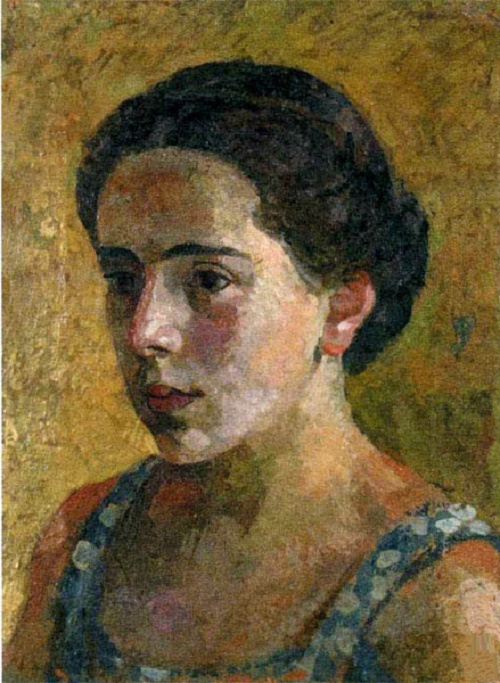 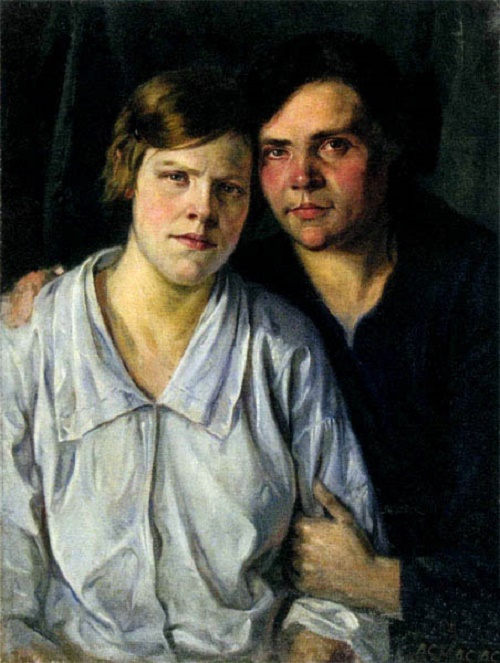 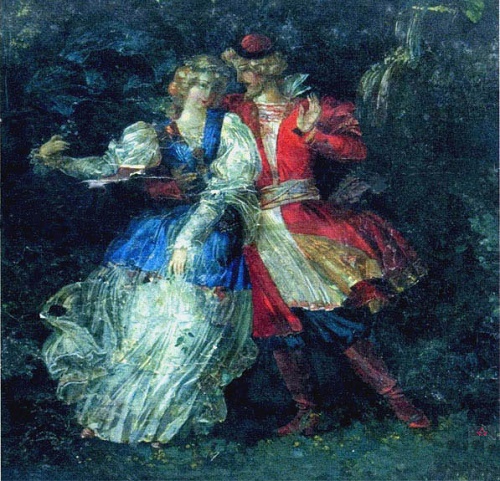 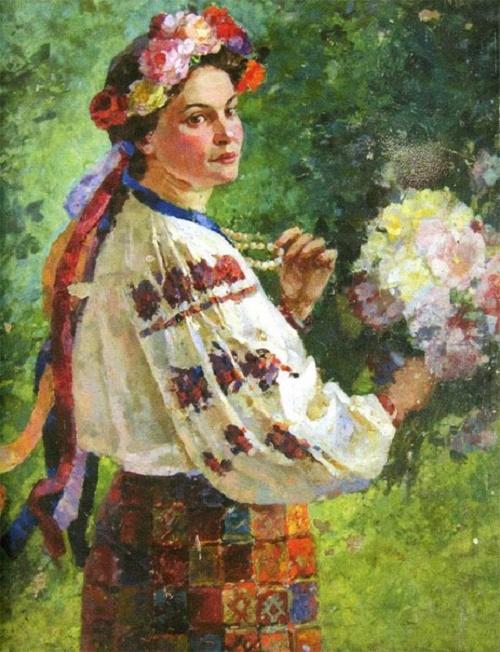 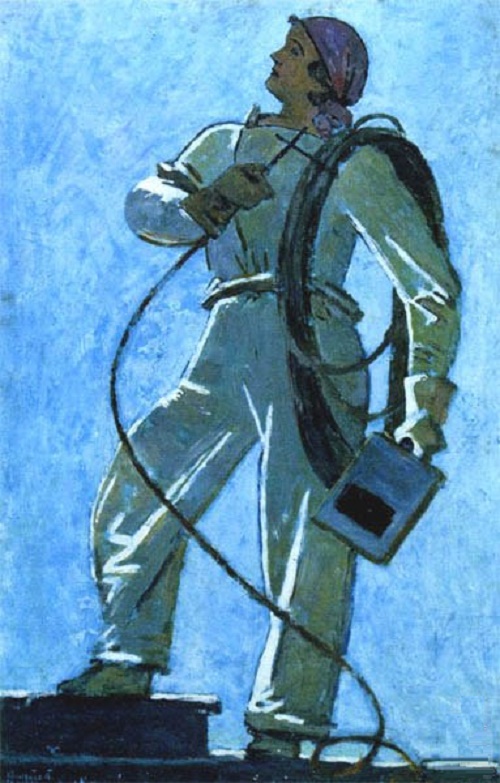 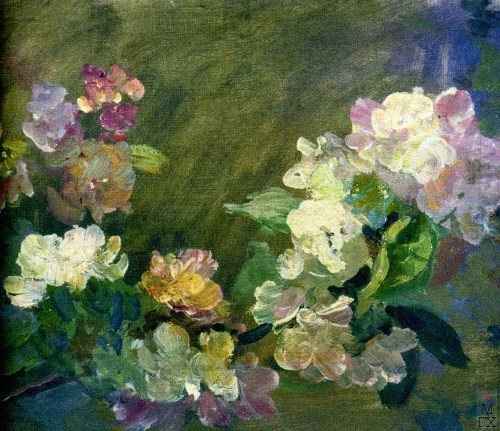 A branch of the apple. 1940. Oil on canvas on cardboard 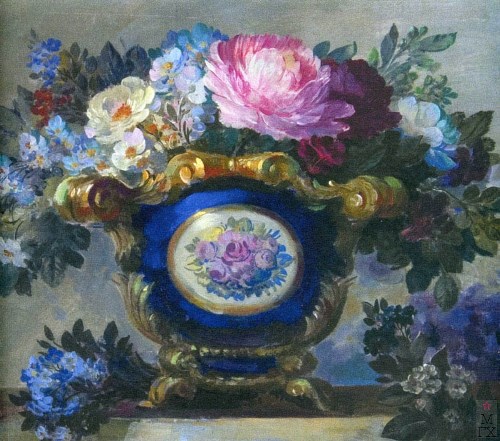 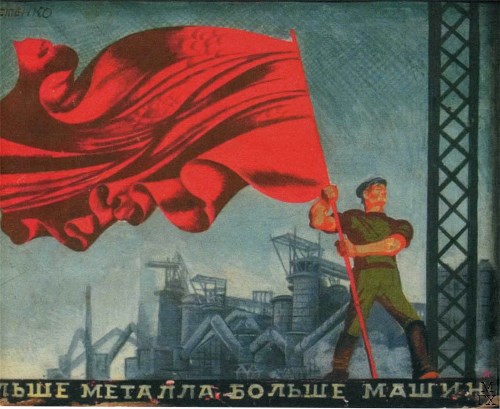 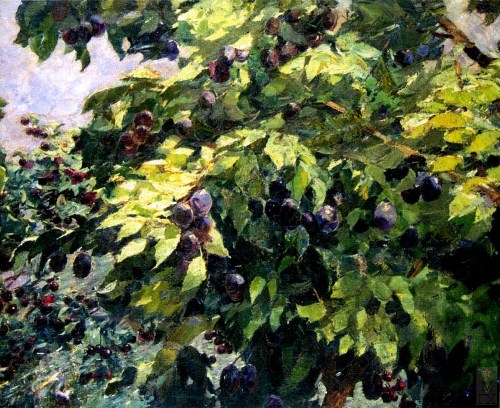 Panel in the hall of Culture at the Exhibition of Economic Achievements. 1938. Oil on canvas 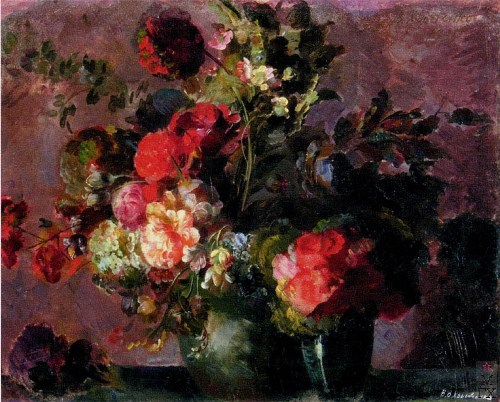 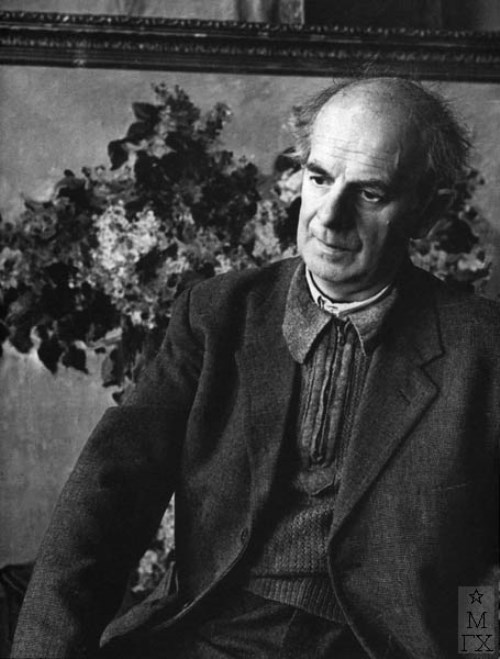 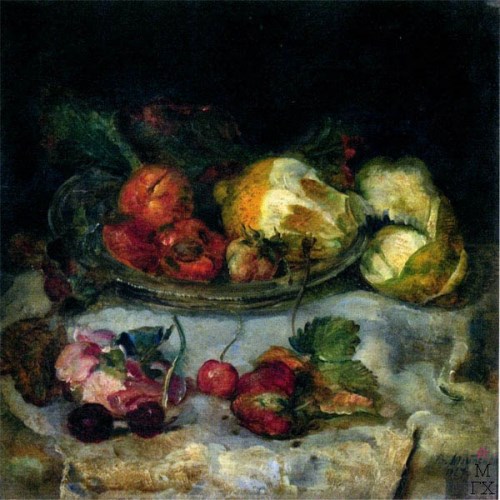 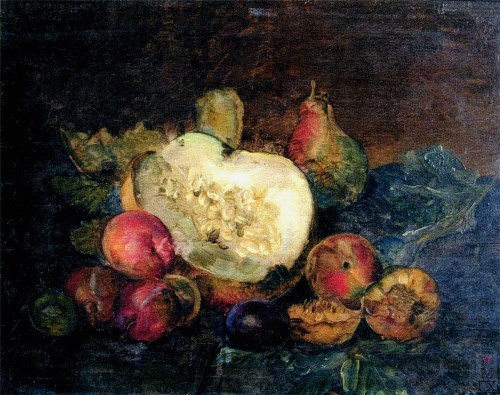