Hero of the Soviet Union sergeant M.A. Yegorov (1923-1975), a soldier hoisted the Banner of Victory on the remains of the defeated Reich. 1945. Bronze, granite. The State Tretyakov Gallery. Soviet sculptor Ivan Pershudchev 1915-1987

Soviet sculptor Ivan Pershudchev (1915 – 1987), Honored Artist of the RSFSR – one of those sculptors whose works entered the golden fund of Soviet art. He created gallery of sculptural portraits of heroes of the Great Patriotic War. His monuments that perpetuate military exploits are well known in our country and abroad. They show a deep sense of love to the simple Soviet man, the ability to see and clearly display the extraordinary and heroic, which is often hidden behind the modesty and the seemingly ordinary. This amazing involvement of artist in the lives of those people whom he portrayed explains the biography of the sculptor. 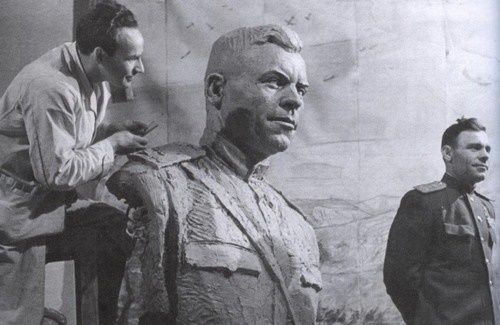 Originally from the city of Kamenka (now Dnepropetrovsk), the son of working-hereditary metallurgist, he became interested in modeling as a teenager. He studied at the Dnepropetrovsk Art College and then at the All-Russian Academy of Arts, workshops of prominent Soviet sculptors Vladimir Bogatyrev and M. Manizer.

The war found him at work on the sculptural decoration for Saransk station. Volunteer he joined the army and fought as a private in the outskirts of Moscow – Naro-Fominsk district. Then, after treatment in the hospital, while still a soldier, worked as a sculptor in the existing units of the Soviet Army.

In 1943, at the Voronezh front, Ivan Pershudchev creates the first portrait of a commander of an aviation regiment of storm-troopers Hero of the Soviet Union PF Sichenko. Then he had the idea to create a gallery of sculptural portraits of heroes warriors. Perhaps among the most successful in this gallery became a portrait of Sergeant M. Borisov, destroyed at the Kursk salient seven fascist “tigers”. At first glance, the fighter’s face was nothing remarkable, but the sculptor managed to perform a vivid manifestation of courageous character.

Paradigmatic value acquired images of Soviet soldiers who raised the flag of victory over the Reichstag – Sergeants MA Yegorov and MV Kantariya and participant of storming the Reichstag Major AV Sokolovsky. All of them are like snatched from the battlefield. Mashed shirt with traces of long trips seem dusty and sweaty. Made in bronze and in their own way beautiful, these portraits of heroes always occupyied a place of honor in many All-Union exhibitions.

In the postwar years, the creativity of IG Pershudchev rises to a new level. In the Memorials and monuments he reaches the broad and artistically brilliant generalizations. Among the most significant works – memorials in Vienna and Berlin (in the park Shenholtser Heide, Pankow district), the monuments to Lenin, F. Dzerzhinsky in Dneprodzerzhinsk, GI Kotovsky in Kishinev (made in collaboration with other authors). 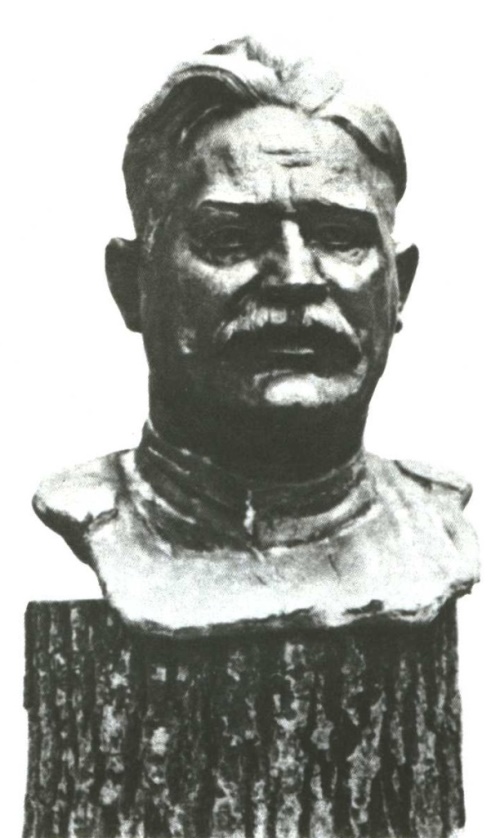 For Pershudchev characteristic creative versatility. Along with the work on the sculptural portraits and monuments, he proved himself as a master of monumental and decorative sculpture. Suffice it to mention the relief – fence to enter the dam of Dneprodzerzhinsk hydroelectric: the sculpture organically included in the architectural ensembles resorts in Gagra and Tskhaltubo, memorial museum in honor of the liberation of Kiev in the village of Petrovtsy.

In many cities of our country and abroad have been shown solo exhibitions of the wizard. All of them were a great success, appeared in the press articles with a high estimate of creativity of Pershudchev. At exhibitions sculptor led a large military-patriotic work with the audience and always his stories about his favorite heroes, patriots of the motherland left a great impression. 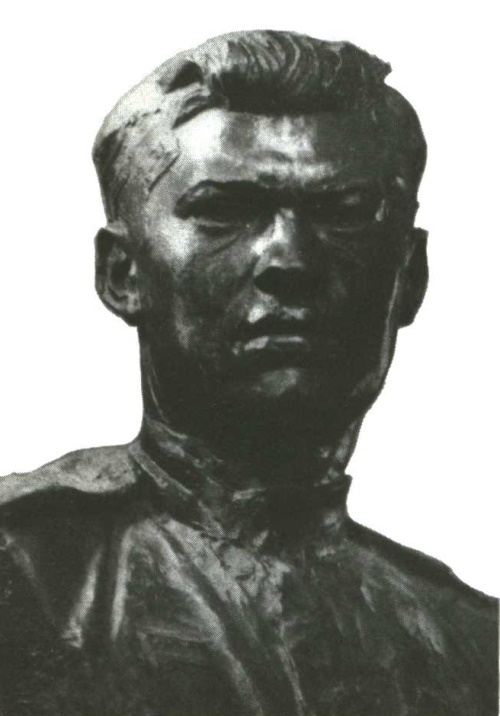 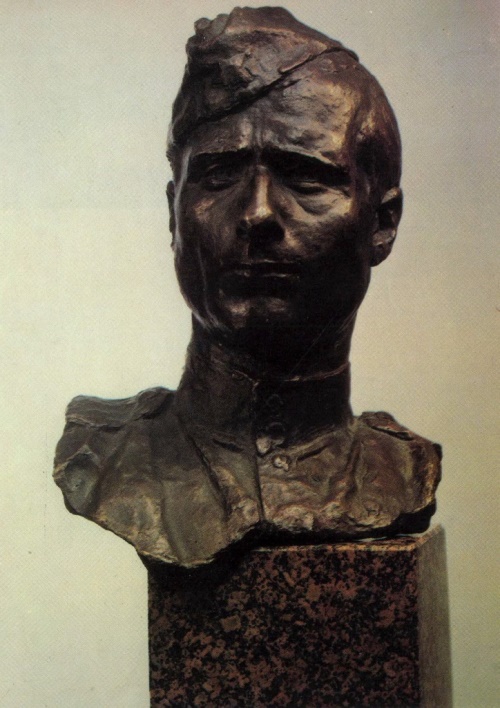 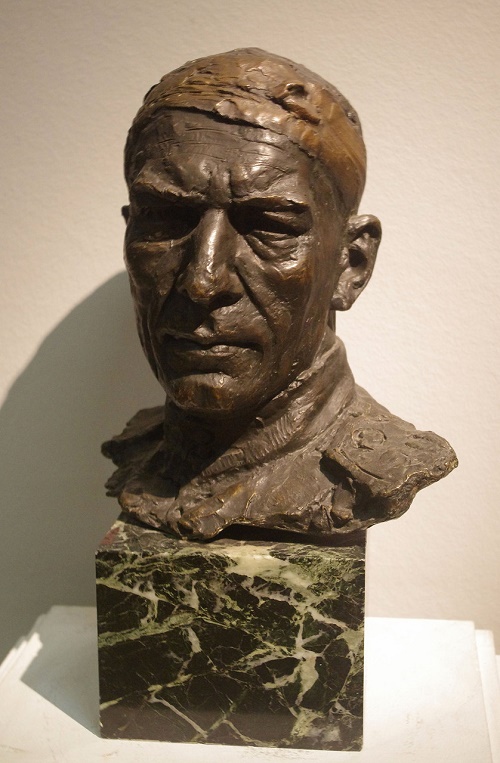 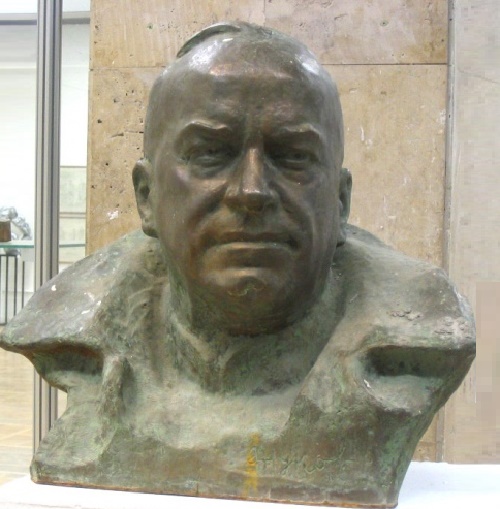 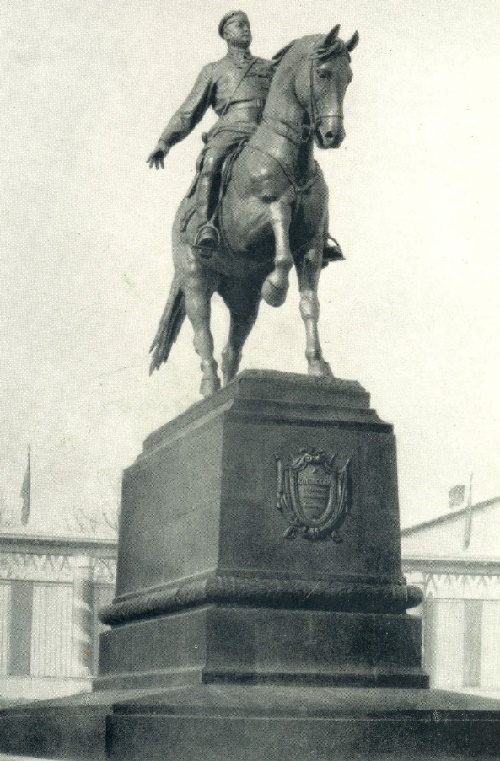