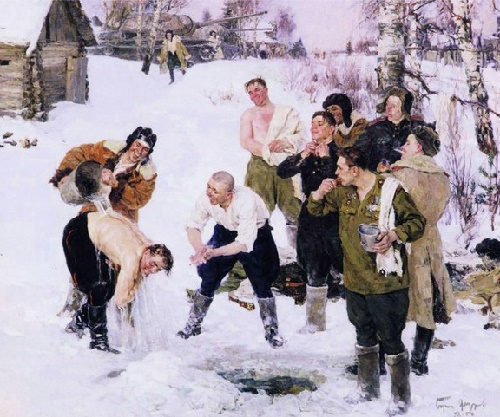 Soviet artist Boris Fyodorov was born August 15, 1922 in Samara, the USSR. At nineteen years old, while a student of the Leningrad Institute of Painting, Sculpture and Architecture of Repin, he volunteered to the front. In 1942-44 he fought at Leningrad and 2nd Baltic fronts as a senior mechanic-driver of a heavy tank “HF”. He was wounded twice. In 1945, on the instructions of War Artists Studio of MB Grekov was assigned to the 79th Rifle Corps, involved in the storming of the Reichstag – drew from nature the raising flag over the Reichstag. He was awarded the Order of “Red Star”, “Fame”, “World War II” 2 degrees, medals “For Courage”, “For Victory over Germany”, “For the capture of Berlin.” In the 1945 he continued studying at the Faculty of Painting of the Leningrad Institute of Painting, Sculpture and Architecture of IE Repin, the workshop of M.I.Avilov. His diploma work was “Gorky and Chekhov among artists of Moscow Art Theatre. 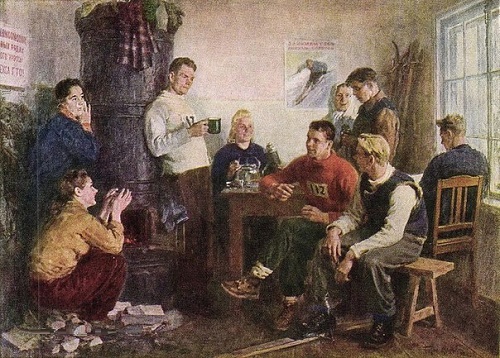 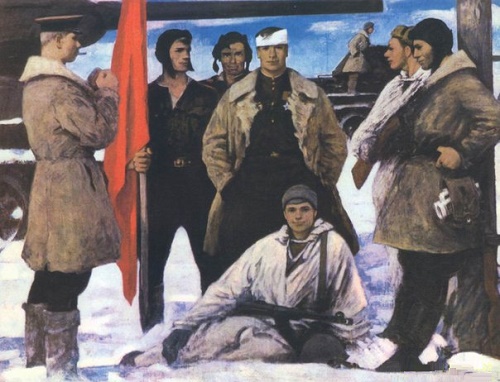 His son, Fyodor Borisovich Fyodorov (b. 1966) is also an artist. Boris Fedorovich died in 1984 (Leningrad). The works of Soviet artist Boris Fyodorov are in the State Russian Museum, State Tretyakov Gallery, the Central Museum of the Armed Forces in Moscow, in museums and private collections in Russia, the UK, Japan, USA, France, and other countries. 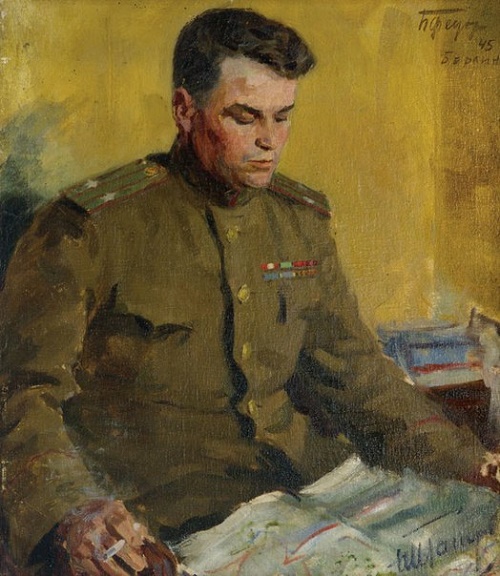 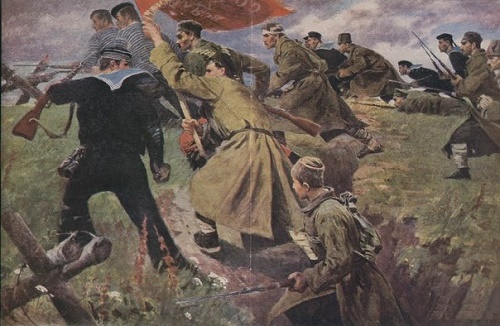 For the Soviet Power 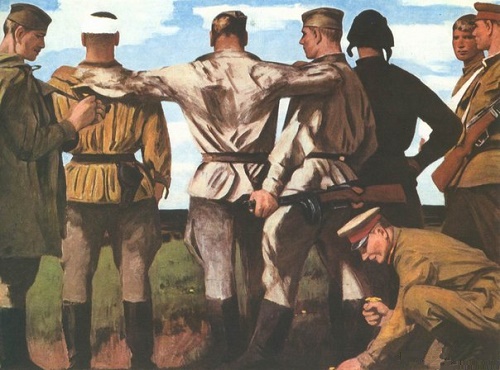 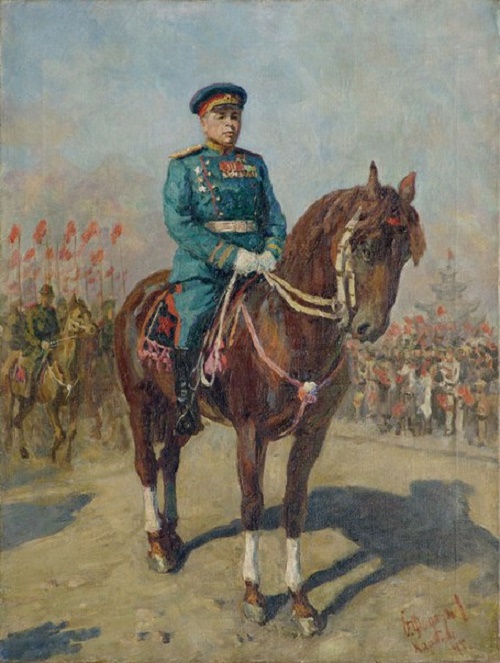 Parade of victory in Harbin 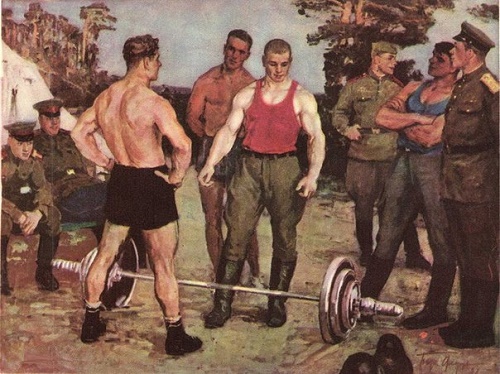 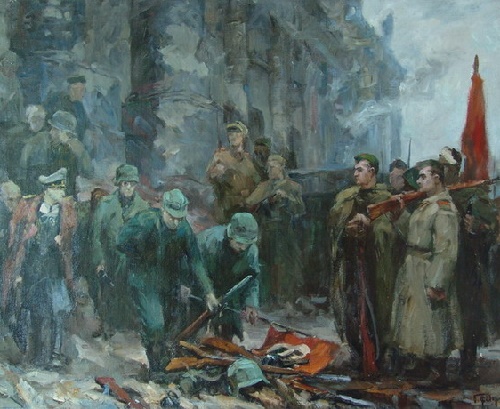 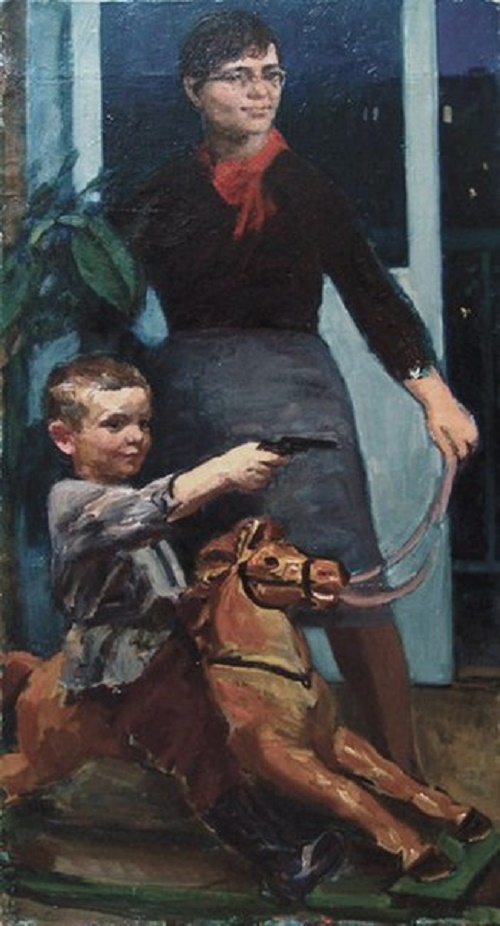 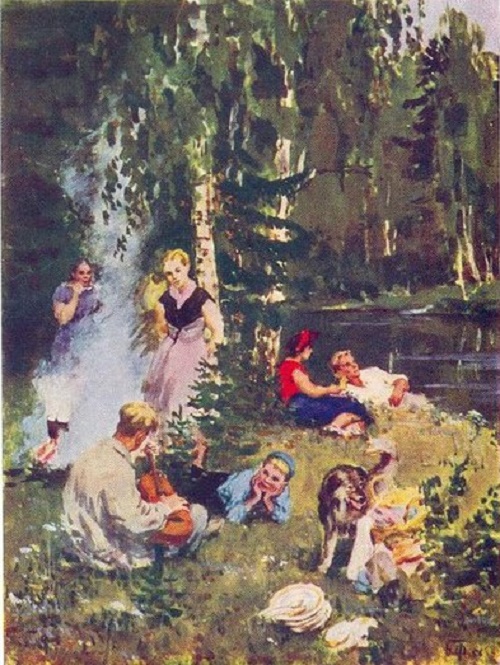