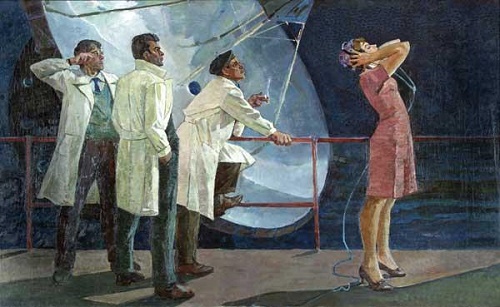 Soviet Ukrainian painter Vladimir Nesterov was born August 16, 1932 in the city of Kherson. Vladimir Dmitrievich – an artist of social realism, a teacher, a member of the USSR Union of Artists. While studying in the art studio of Kherson Pioneers House, he was awarded a trip to Moscow for the watercolor painting “Duel of Pushkin with Dantes.”
After returning from the capital, the young man was invited to lead an art studio in the House of Folk Art. Within months, the number of visitors to his studio reached seventy.
Later Nesterov graduated from the Kiev Art Institute. His graduate work at the Institute was devoted to one of the most favorite themes in the Soviet Art – Space exploration. Then he created two paintings “The Earth is listening” and “The Astronauts”. He studied all that was available about space exploration, traveled to the Crimean observatory, collected materials. In 1970 he painted “The Earth is listening”, it was on the show in Moscow, later was sold at auction for $ 72,063. 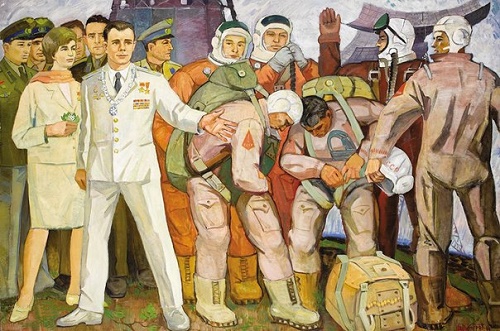 Throughout his career, he returned to the images of Pushkin (“Boldin Autumn”, “Pushkin – Lyceum student”). Adoring the music of Bach, Mozart, Beethoven, he has created portraits of these composers. V. Nesterov is fond of Soviet mystic writer Mikhail Bulgakov, and his novel “Master and Margarita” became the main inspiration for his paintings. Nesterov had worked at the department of design of Cherkasy State Technological University. Currently, the artist lives and works in Cherkassy. 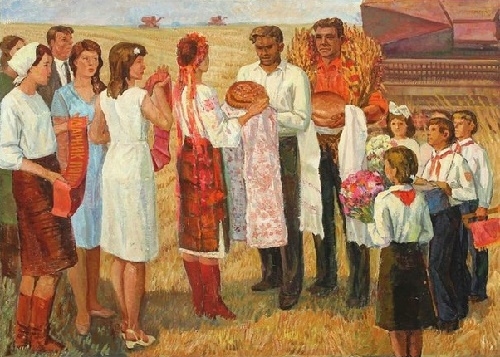 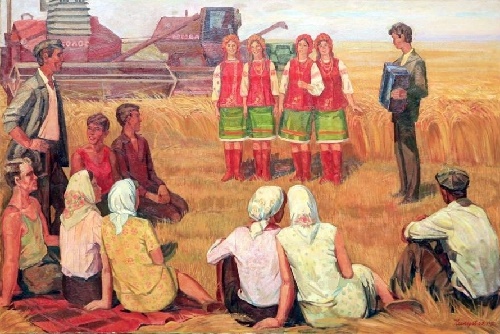 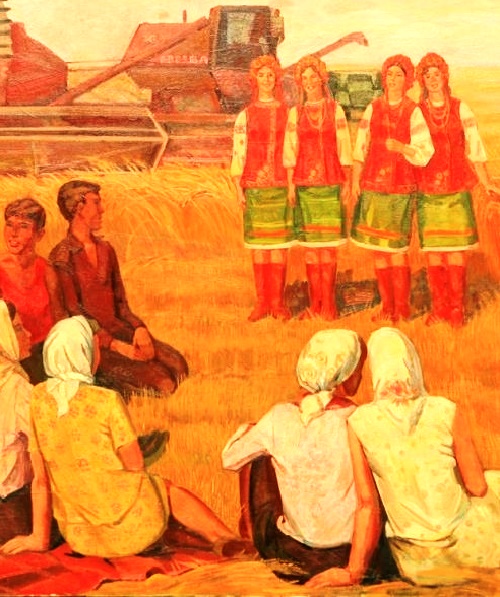 V. Nesterov (1932). Concert in the field (scene from a harvest festival), detail