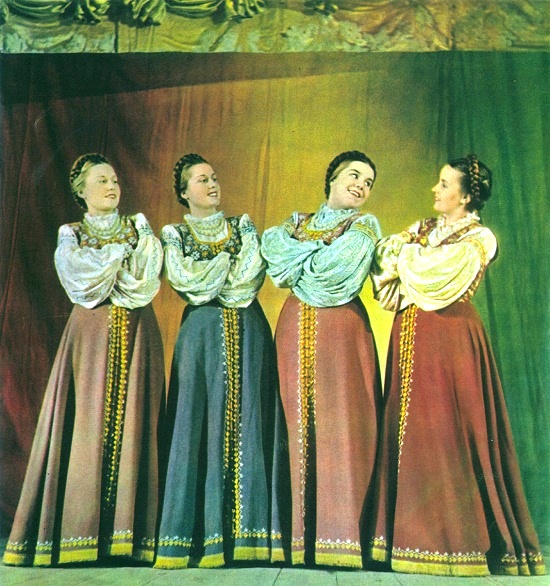 Soviet female vocal ensemble Fyodorov Sisters
In March 1953, along with a report on the death of Stalin, the magazine “The Soviet Union” published this photo and an enthusiastic article about the Fedorov sisters. The natives of the village of Stary Borok of the Pskov region, Sisters Fyodorovs – Soviet female vocal ensemble, performers of Russian folk songs, who created their band in the mid-1940s. In particular, the sisters Ekaterina (born in 1924), Nina (born 1926), Ninel (born 1928), and Anastasia (born 1931) Ivanovna Fedorova. After three years of concert performances, since 1948 the band has become a professional ensemble. In addition, the youngest of the sisters – Galina Ivanovna Fedorova joined the quartet in 1955.
However, because of Ninel Fedorova, who emigrated to Switzerland in 1972, the ensemble’s performances ceased. Emigration caused the ban on broadcasting the ensemble’s records on radio and television. Radio funds of the country received an unspoken instruction about the destruction of all phonograms of the Fedorov sisters. In addition, at the same time, a rumor was launched about the death of the entire ensemble in the plane crash. The fans soon forgot the names of the sisters and their further performances were possible only in rural clubs of the Leningrad region. 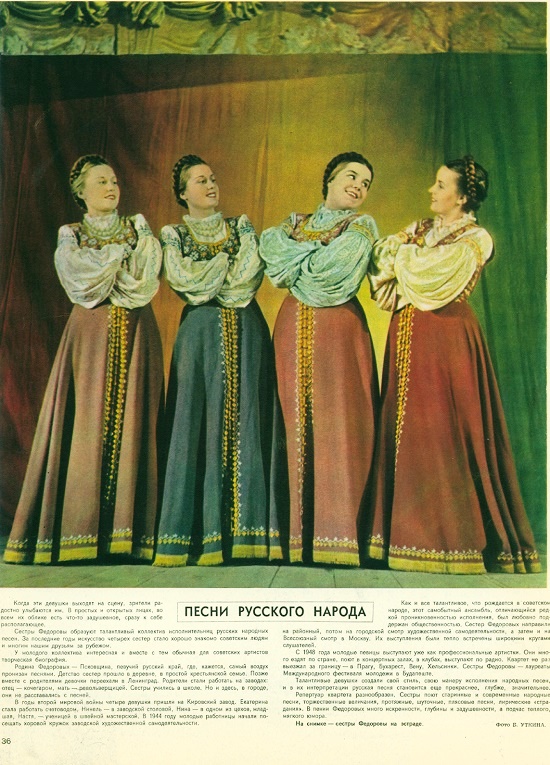 Meanwhile, that’s what the Soviet Union wrote about the creativity of a successful team in the period of their glory.

When these girls come on stage, the audience smiles joyfully at them. In simple and open faces, in all their appearance, there is something intimate, immediately disposing to audience. Fedorov sisters is a talented collective of Russian folk songs. In recent years, the art of the four sisters became well known to Soviet people and to many of our friends abroad.

The young collective has an interesting and at the same time a creative biography typical for Soviet artists.
Motherland of the sisters – Pskov region, the singing Russian land, where, it seems, the air itself is singing. Childhood of the sisters passed in the village, in a simple peasant family. Later, together with their parents, the girls moved to Leningrad. The parents began to work in factories: their father was a stoker, and the mother was a a worker at a military plant. The sisters went to school. But here, in the city, they did not part with the song.

Like many of their contemporaries, in the years of the Second World War, the four girls came to the Kirov plant. atherine began to work as a bookkeeper, Ninel – in the factory canteen, Nina – in one of the shops, and the youngest, Nastya, – a student in a sewing workshop. In 1944, young women began to attend the choir club of factory artistic amateur performance. 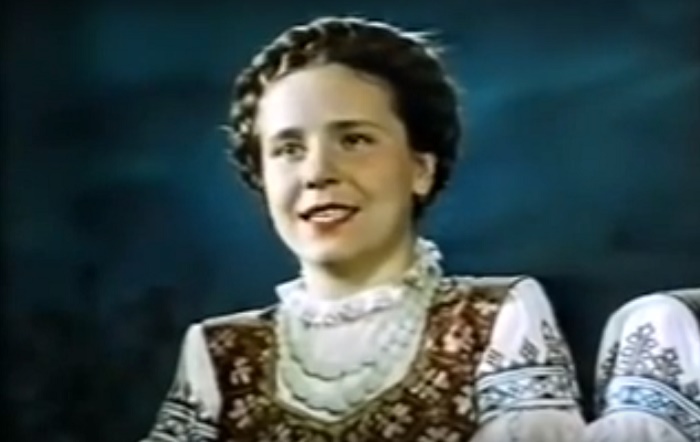 The youngest in the quartet sister

Undoubtedly, the Soviet Union supports all the talented people born in people. And this distinctive ensemble, distinguished by its rare penetration of performance, was lovingly supported by the public. The Fedorovs performed in the district, then in the city show of artistic amateur performance, and then at the All-Union show in Moscow. Their performances enjoyed success.

Since 1948 the young singers have already acted as professional actresses. They travel a lot around the country, sing in concert halls, in clubs, speak on the radio. Quartet often traveled abroad – to Prague, Bucharest, Vienna and Helsinki. The Fedorov sisters are laureates of the International Festival of Youth in Budapest.
Talented girls created their own style, their manner of performing folk songs, and in their interpretation the Russian song becomes even more beautiful, deeper, and more significant.
The repertoire of the quartet is diverse. The sisters sing ancient and modern folk songs, solemn deeds, lingering, comic, dance songs, and lyrical “misery”. In Feodorov’s singing there is a lot of sincerity, depth and sincerity, and sometimes warm, soft humor. 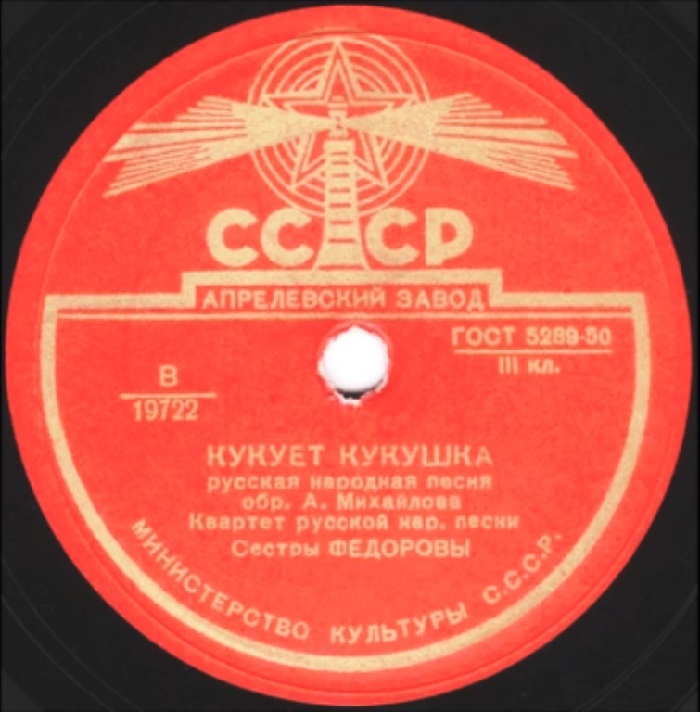 Aprelevka plant of music records, Moscow region. The song by the sisters ‘A Cuckoo Cuckooes’ 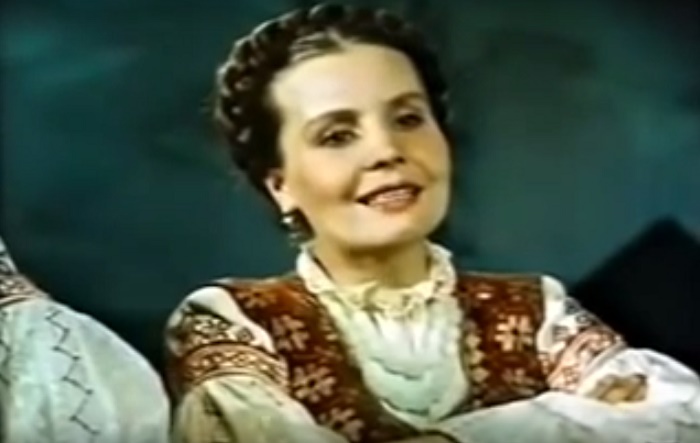 Beautiful singer, one of the sisters 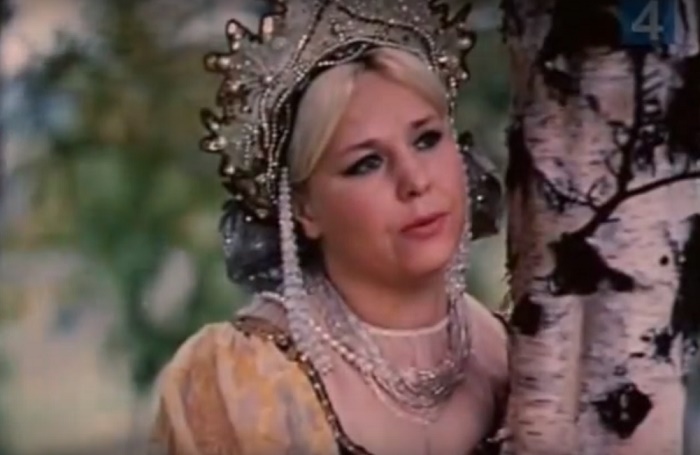 Film ‘The rural doctor’. 1951. Sisters in an episode of the film 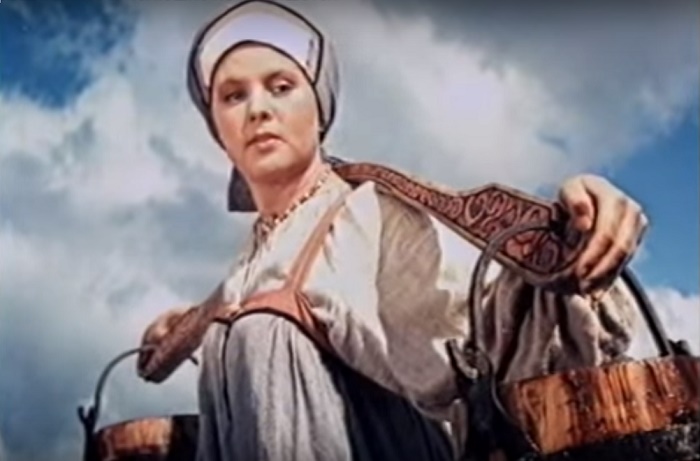 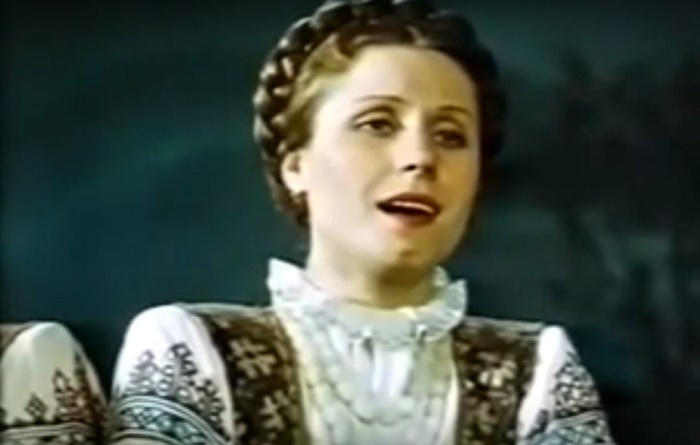 Performing on the stage, one of the sisters 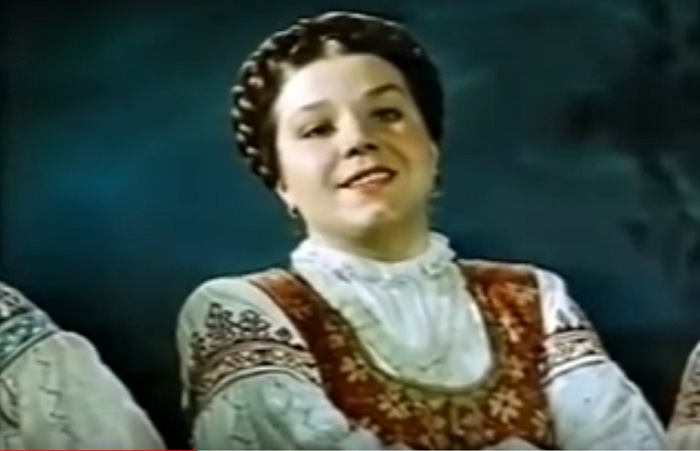 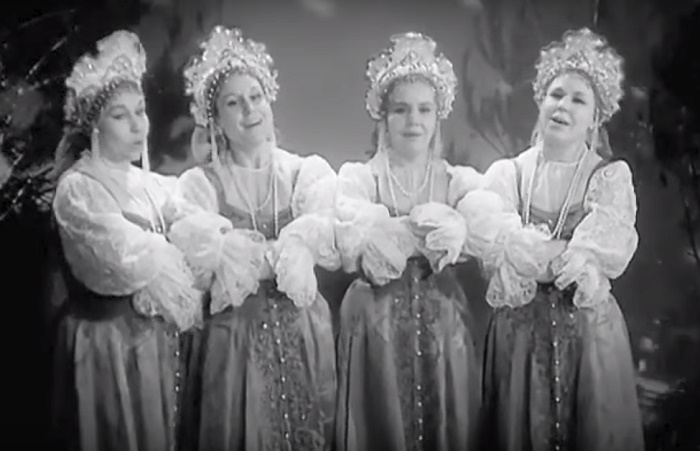 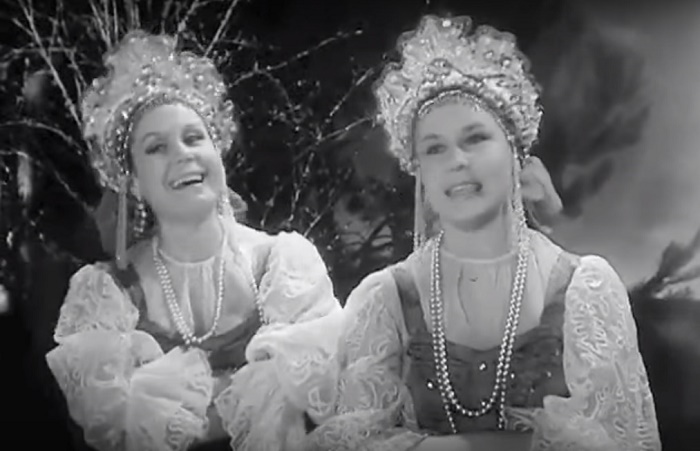