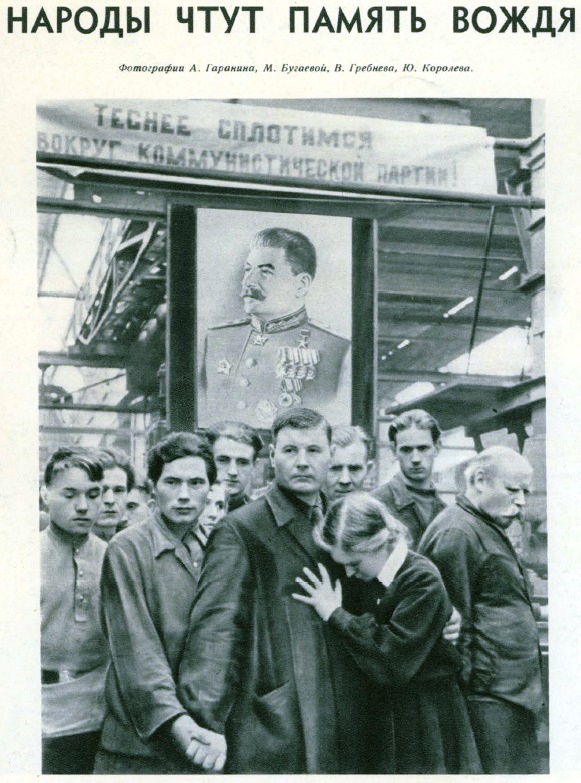 Workers of the Moscow plant named after S. Ordzhonikidze during a mourning five-minute stoppage of the enterprise. Funerals of Stalin in the magazine Soviet Union (1953)

Funerals of Stalin in the magazine Soviet Union (1953)
First of all, Sovetsky Soyuz, or “The Soviet Union”, was a monthly magazine published in 1930-1990 in Moscow. Noteworthy, the magazine, distributed in the USSR and abroad, in addition to Russian language, was available in 18 languages. In particular, in English, German, French, Spanish, Chinese, Korean, Japanese, Arabic, Serbian-Croatian, Urdu, Hindi, Finnish, Romanian, Hungarian, Mongolian, Bengali, Vietnamese, and Italian. Founded by Maxim Gorky, until 1950 the magazine was called “USSR on the construction site”.
However, of all the issues released in the period of 1930-1990s I have chosen only No. 3 (37) released in March of 1953. It was a historical issue, which, alongside with traditional articles on socialist achievements, published information about the death of Joseph Stalin (died 5 March 1953). 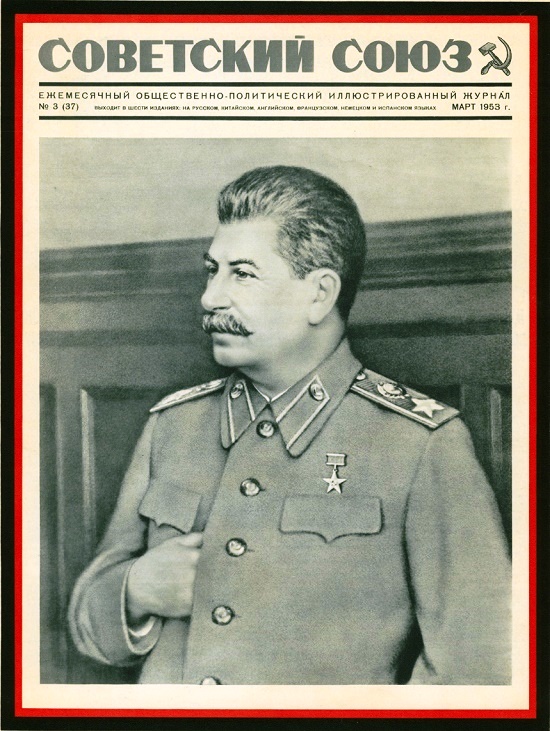 March 1953. Funerals of Stalin in the magazine Soviet Union

The heart of the comrade-in-arms and the genius continuer of the cause of Lenin, the wise leader and teacher of the Communist Party and the Soviet people, Joseph Vissarionovich Stalin, ceased to beat.
Stalin’s name is infinitely dear for our party, for the Soviet people, for the working people of the whole world. Together with Lenin, Comrade Stalin created a powerful Communist Party, educated and tempered it. Comrade Stalin was the inspiration and leader of the Great October Socialist Revolution, together with Lenin, the founder of the world’s first socialist state. Continuing the immortal cause of Lenin, Comrade Stalin led the Soviet people to a world-historic victory of socialism in our country.

Comrade Stalin led our country to victory over fascism in the Second World War, which radically changed the entire international situation. Comrade Stalin armed the Party and all the people with a great and clear program of building communism in the USSR.

On March 9, on the day of the funeral of the Chairman of the Council of Ministers of the USSR and Secretary of the Central Committee of the Communist Party of the Soviet Union, Generalissimo IV Stalin, mourning rallies were held throughout the country – in towns and villages.

At the time of the burial of Stalin’s body throughout the country, the work of enterprises stopped for five minutes, the movement of rail, water and road transport stopped. For three minutes the mourning salute went on with whistles in factories, railways, ships of the river and sea fleet. In Moscow, the capitals of the union republics and in the hero cities of Leningrad, Stalingrad, Sevastopol, Odessa, as well as in Kaliningrad, Lvov, Khabarovsk and Vladivostok – fired an artillery salute. 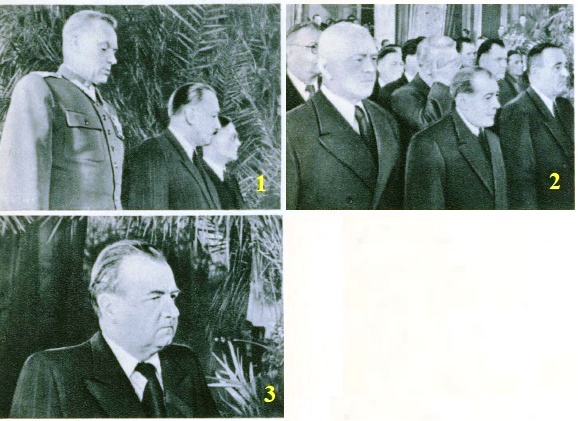 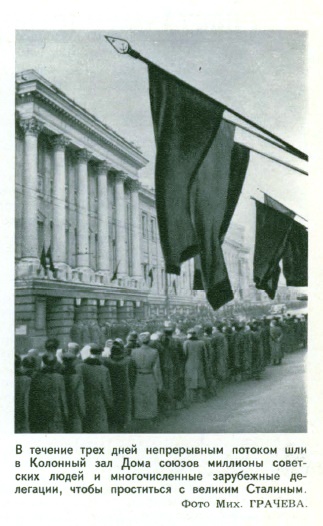 Within three days a continuous flow went to The Column Hall of the House of Unions has millions of Soviet people and numerous foreign delegations to say goodbye to the great Stalin. Photo by Mikhail Grachev

A mourning rally of workers, engineers and employees of the Moscow Automobile Plant named after Stalin From left to right – Deputy of the Orekhovo-Zuevsky City Council of Working People’s Deputies PG Silin, MP of the Supreme Soviet of the RSFSR M.M. Volkova and deputy of the City Council E. N. Shibaeva 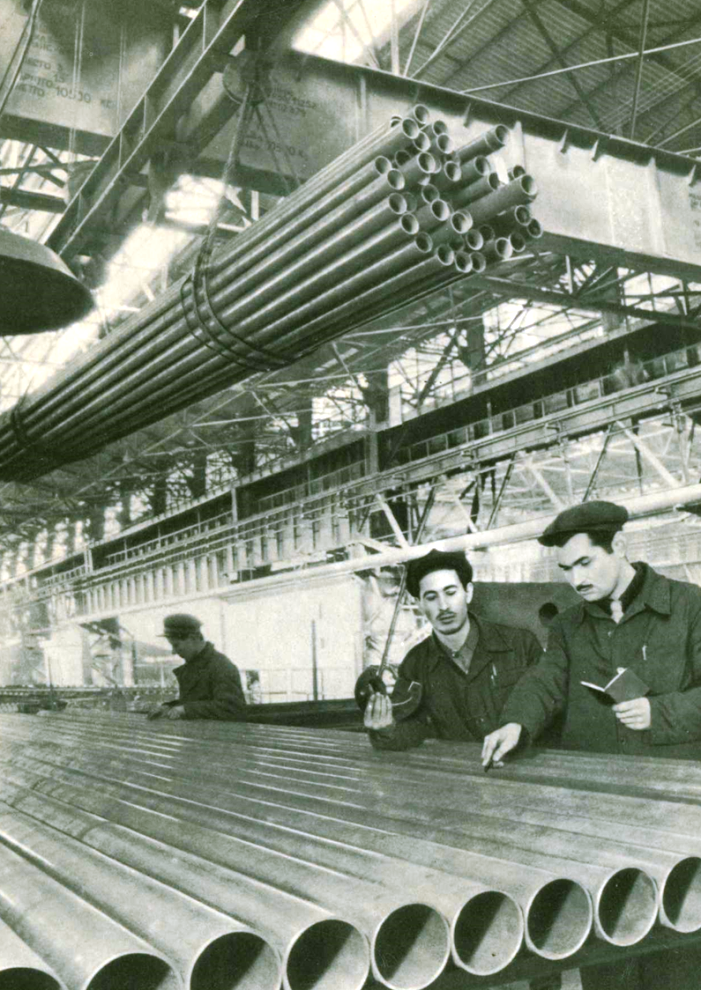 In the Hall of Columns of the House of Unions on March 6, 1953. The leaders of the Party and the Government at the coffin of Joseph Vissarionovich Stalin 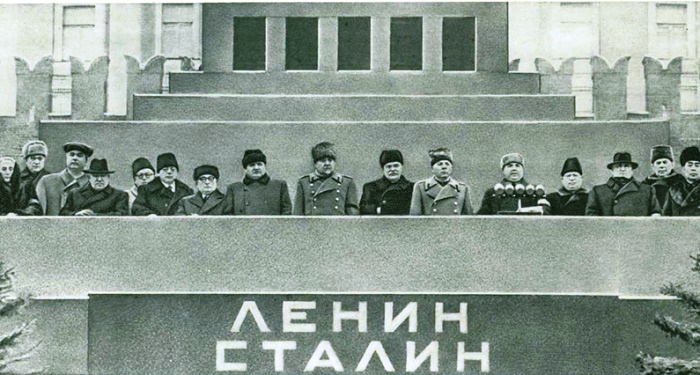 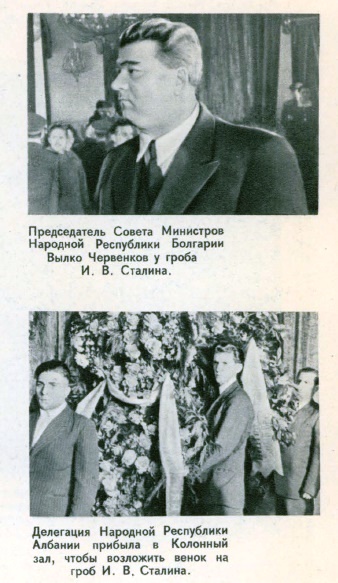 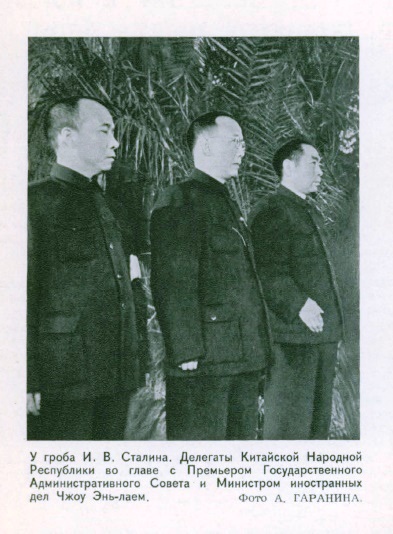 Delegates of the People’s Republic of China led by the Premier of the State Administrative Council and Minister of Foreign Affairs Chou En-lai. Photo by A. Garanin 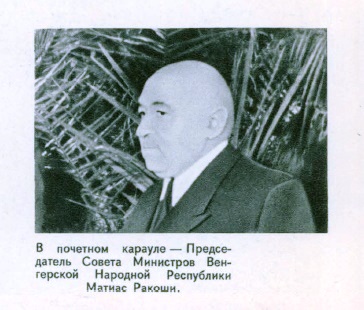 L. – General Secretary of the Communist Party of Spain Dolores Ibarruri.R. – The delegation of the World Federation of Trade Unions 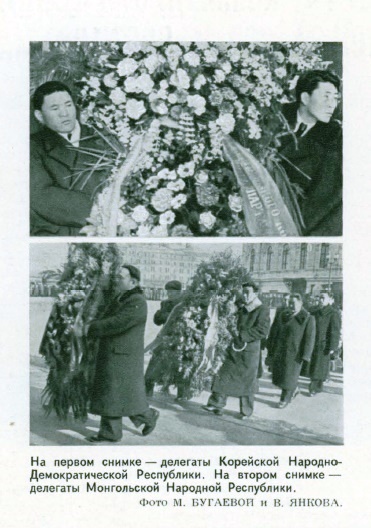 The funeral motorcade sent to the Mausoleum 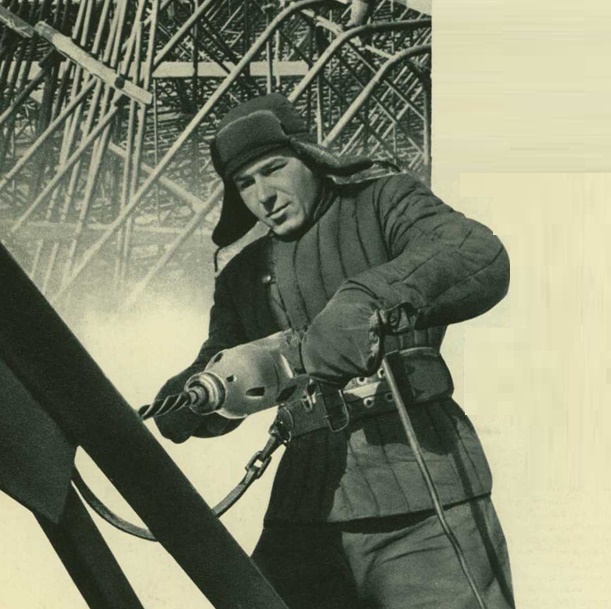 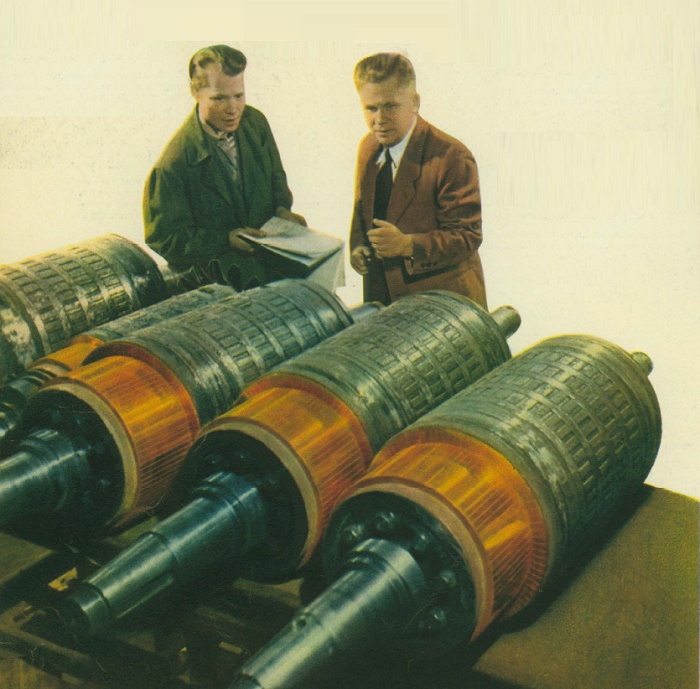