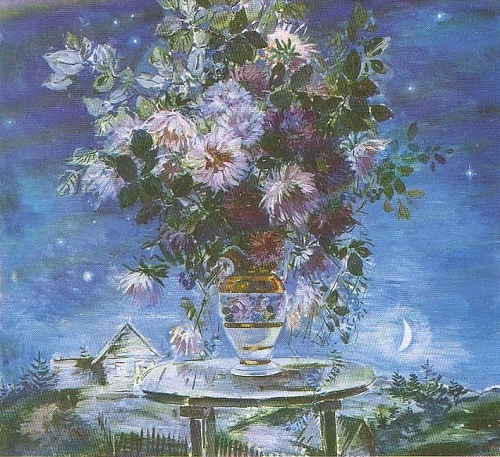 Boris Shamanov (15 September 1931 – March 2, 2008) – Russian Soviet painter, graphic artist and teacher, People’s Artist of the Russian Federation, member of the St. Petersburg Union of Artists (before 1992 – the Leningrad branch of the Union of Artists of the RSFSR). Already in childhood Boris liked to draw very much, as much as his uncle did. But as many boys of the war time, he, along with his friend, decided to enter the military Nautical School in 1945. But he was not taken because of age restrictions – was not yet 15 years old. A year later, he entered the Mukhina Art and Industrial School, first – department of artistic metal processing, then decorative and monumental painting, where Boris Shamanov demonstrated his talent of a painter. Talking about the artistic tastes, especially in his youth, Boris Ivanovich first called Levitan. In the works of Levitan drew an unmistakable sense of native wildlife, its majestic image of eternity, that attracts and disturbs human. 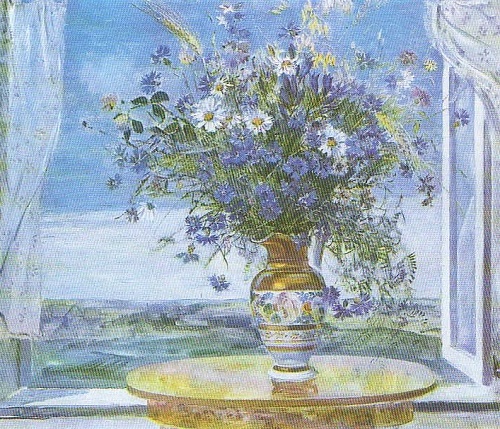 Of course, not one Levitan was the dominant intellectual influence. Like all masters of the generation who started in 1950-60, tribute to the passion of Shamanov paid impressionists, Cezanne, Van Gogh, Derain in search of expressive forms in the mastery of plastic culture. But most importantly for the novice artist – to express his own view of the world.
His first works, mainly landscapes and still lifes, Shamanov evaluated critically, considering that they have little impact of individual handwriting. Feeling of creative dissatisfaction caused him to strive for greater independence: “I began to think about the less formal search and began to paint still lifes, as I understood them and had more sense of trust.” 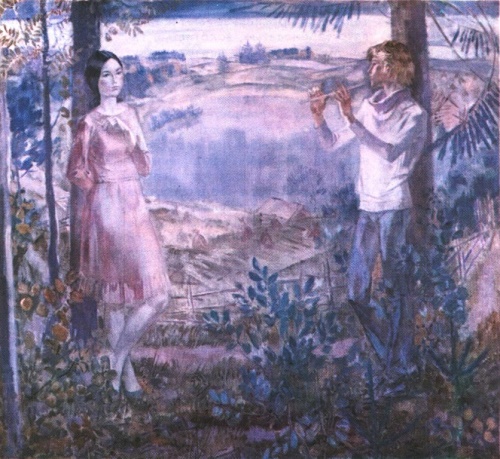 In the works of Shamanov almost always present landscape. This is a rustic landscape. Although the artist was born and lived in Leningrad, but he never painted the city. Like every Russian man, he loved the village, vitally connected with him. His father – a resident of the village, in childhood Boris spent much time in the picturesque edges of Vyritsa near Leningrad, where he graduated from high school. Then a feeling of oneness with nature was direct, in adulthood the main feeling became anxiety for its safety. 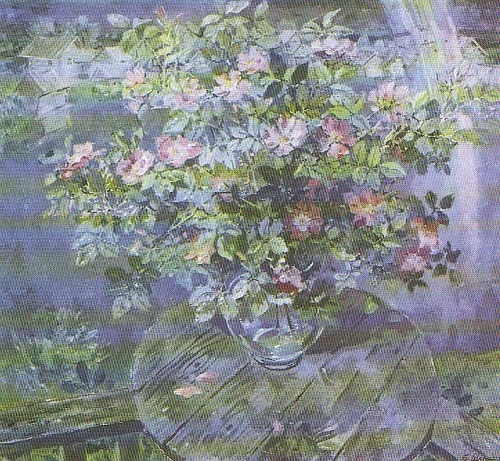 Art captivates its audience with its beauty, aspiration to true eternal values ​​of life. Attitude of the artist has always maintained, even though he had to endure tragic moments. But even in the darkest days Boris created very bright pictures. It was a way out of difficult personal circumstances. It is no accident in the works of Shamanov blue color is dominant. Color depths of the lake, cornflowers and sky … This color – the color of the dream of the artist, his “blue bird”. Ever elusive and always calling and throwing glow on all the earth. 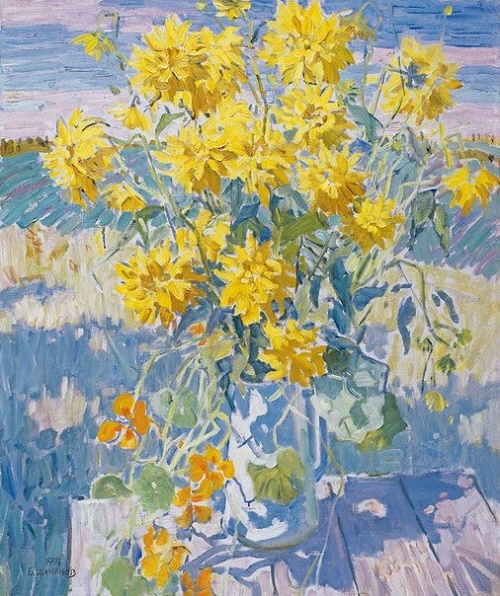 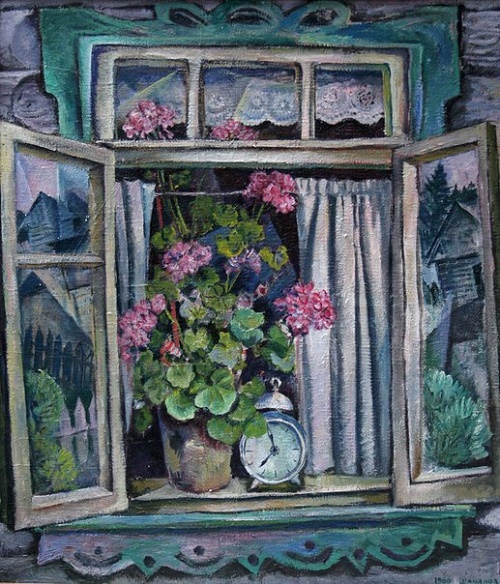 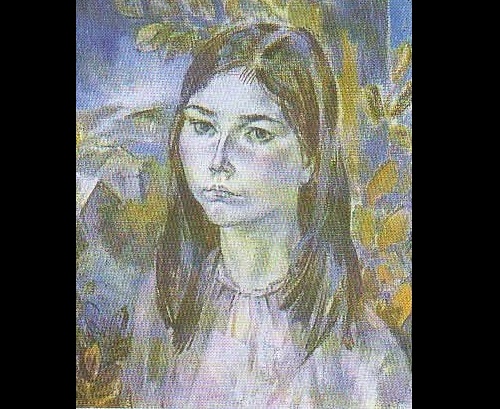 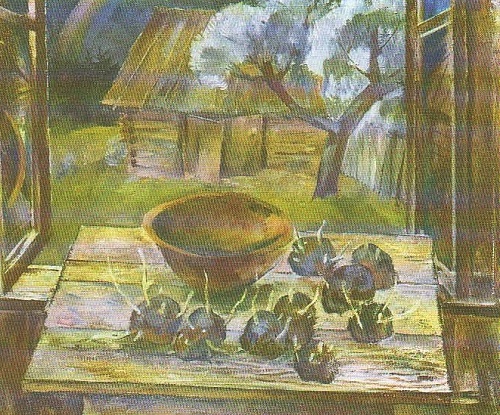 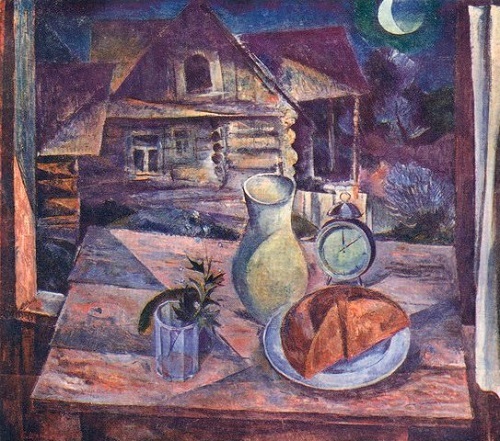 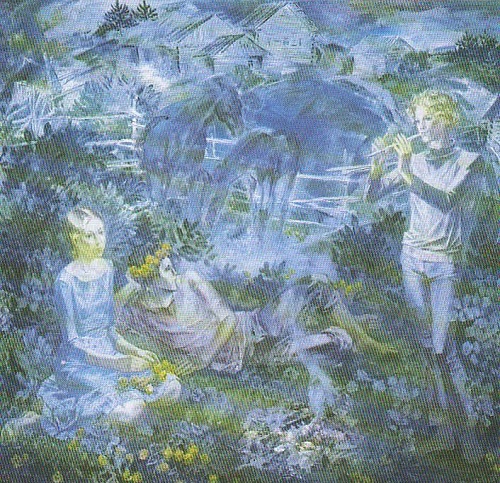 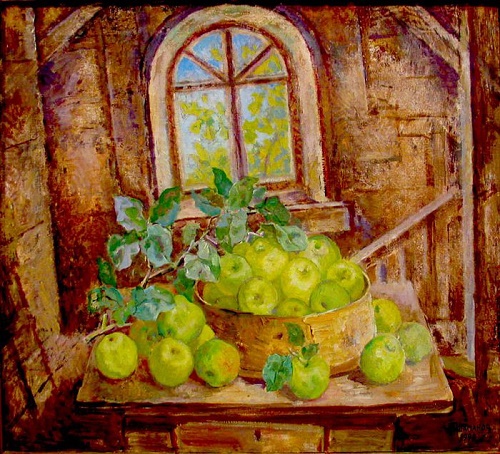