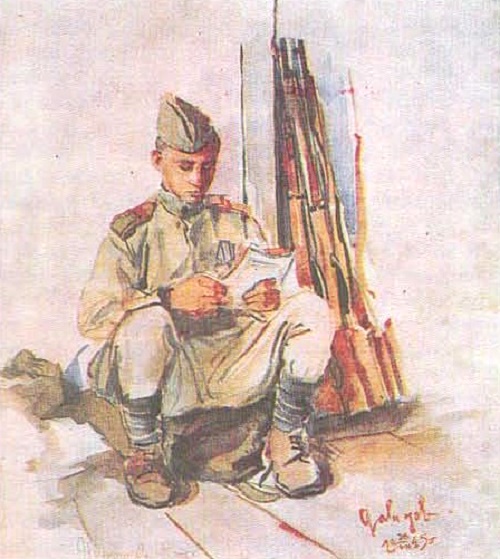 The war ended, and the front-line drawings of the Soviet artist Vitaly Davydov (1923 – 2007) have been forgotten – twenty years have lain in the old couch, brought to the country house. Then by chance the artist thought of them, put in order. Colleagues advised him to publish some of the drawings, accompanied by text. The book was called “Frontline notebook” (Notes of a soldier) to the 20 th anniversary of Victory.” On the 40th anniversary of Victory was organized the exhibition in Moscow. It exhibited 152 drawings of WWII veteran, artist Vitaly Timofeyevich Davidov, including those presented here. Watercolor depicting Sergeant Pyotr Ikonnikov, almost a boy, but backed by heavy military campaigns, medal “For Courage”, and much quiet dignity in his pose. 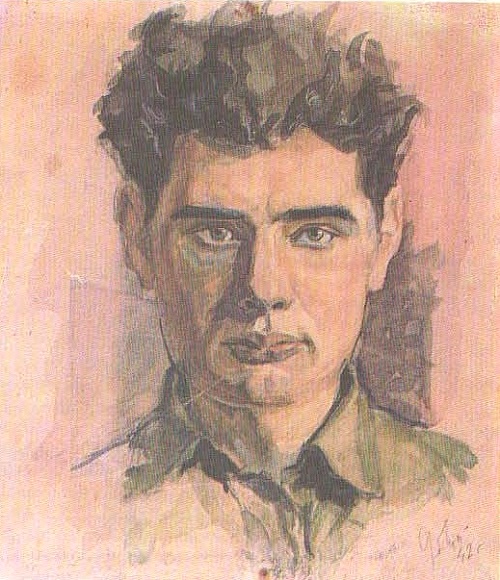 V. Davydov. Self-Portrait (before leaving for the war). Watercolor. 1942

Even as a kid, before the war, he dreamed of becoming an artist and created a homemade sketchbook of the Don landscapes. The main audience of his drawings were the parents, the neighbors in the apartment, and some colleagues of his father. It is clear that in mind, in dreams he wanted any newspaper or magazine to publish his drawings. Then he entered the art room of the Palace of Pioneers in Rostov-on-Don. It seemed that everything was favorable: the family moved to Moscow, where he attended several art studios. In addition, having a rather serious competition, he was admitted to the courses at the Moscow Art School, where his teachers were artists AA Debler and DK Mochalsky. There was a lot of enthusiasm and energy, the students often went to the sketches in Kolomenskoye, Zvenigorod, worked in Sokolniki. 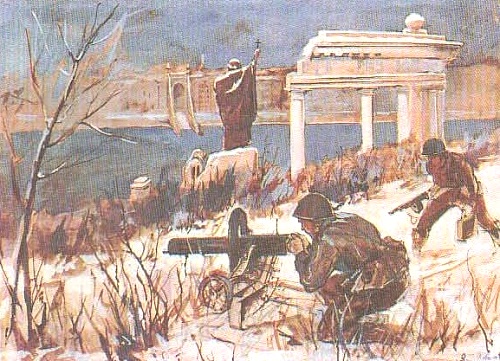 In the early summer of 1941, after the seen works of students Academician Grabar chose four best pupils and proposed to adopt them in the Art Institute without examinations. Vitaly Davydov was one of these lucky guys. 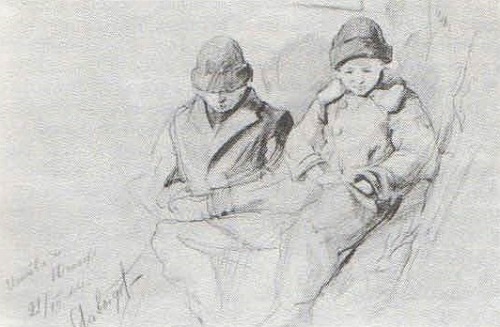 V. Davydov. Ishtvan and Yuzhaf (Hungarian boys, found by the artist in the basement, during the liberation of Hungary). Pencil. 1944

A few days later the war began. Davydov heard this terrible news at the Museum of New Western Art, which was located in a place where is now the Academy of Arts of the USSR. He carefully considered the painting, Picasso’s “Girl on the ball”, and this moment heard – “today at five o’clock in the morning was bombed Odessa, Sevastopol … ” The graduation party lasted until the morning – started in civilian life, and ended when the fire blazed entire western border of the USSR. It was clear that it was necessary to protect the homeland first and then think about studying at the institute, or anything else. 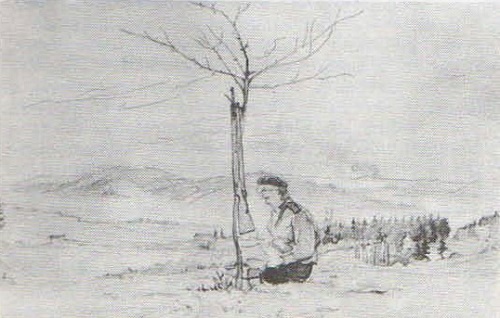 At the front, the first time he took up the pencil only while fighting on the Mius River where left behind hundreds of kilometers passed with fights for the Kalmyk steppes. Davidov drew at every opportunity. Later it became clear that there were quite a lot of artists on the front – the soldiers and officers. And the conditions, respectively, were different – some sent on business trips, and other artists worked in the divisional, army and front-line newspapers, clubs. But, in addition, painted doctors, gunners, engineers, pilots … 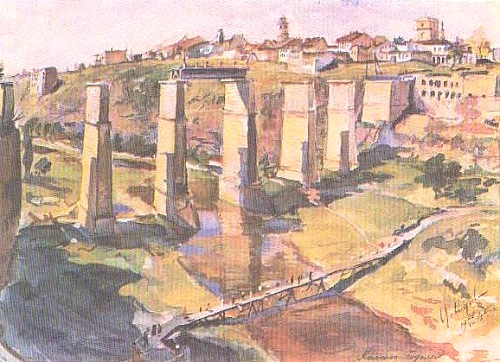 And in the middle of the summer of 1944, in the period of the defense on the Dniester, the Political Department of the 3rd Ukrainian Front organized an exhibition of front-line artists in Tiraspol, to which the artist has sent 17 works. They were exhibited, received good reviews.

Honored Artist of the RSFSR Vitaly Davydov during the Great Patriotic War has come a long inverse path: Stalingrad, the Ukrainian fronts, the liberation of Romania, Bulgaria, Hungary, Yugoslavia, Austria. He ended war as part of the 37th Corps of Budapest, was awarded the Order of the Patriotic War, military medals. Davydov drew a lot during the war. 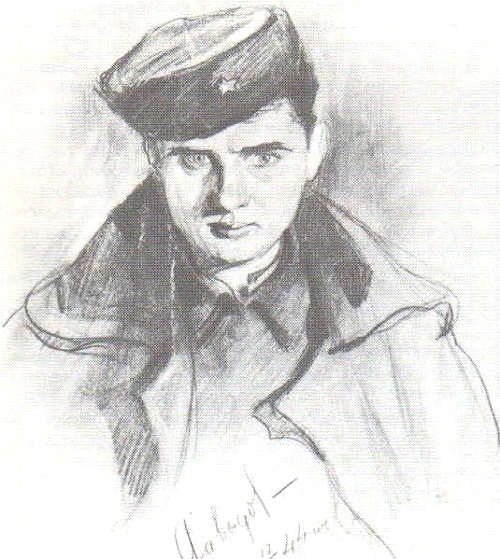 V. Davydov. Self-Portrait (before leaving for the war). Watercolor. 1942 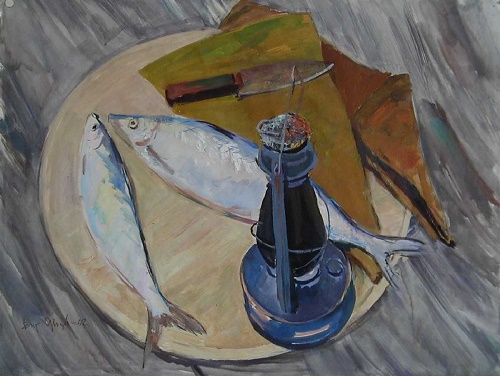 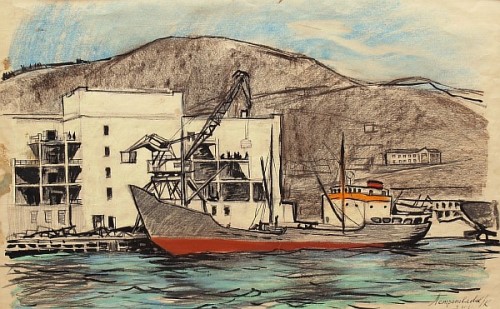 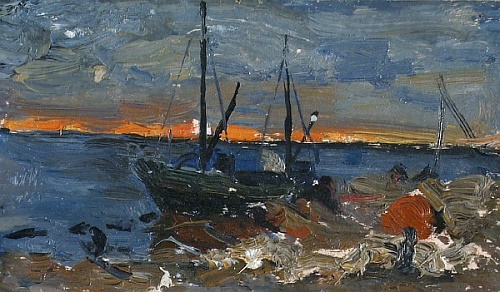 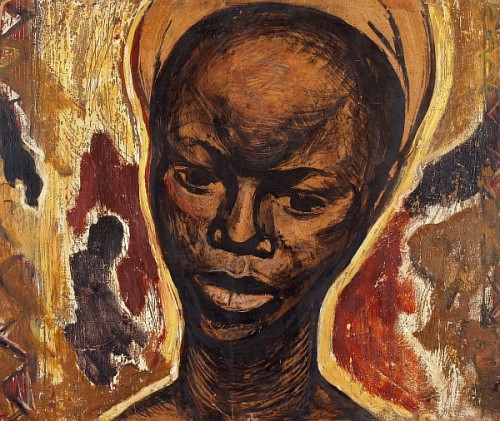 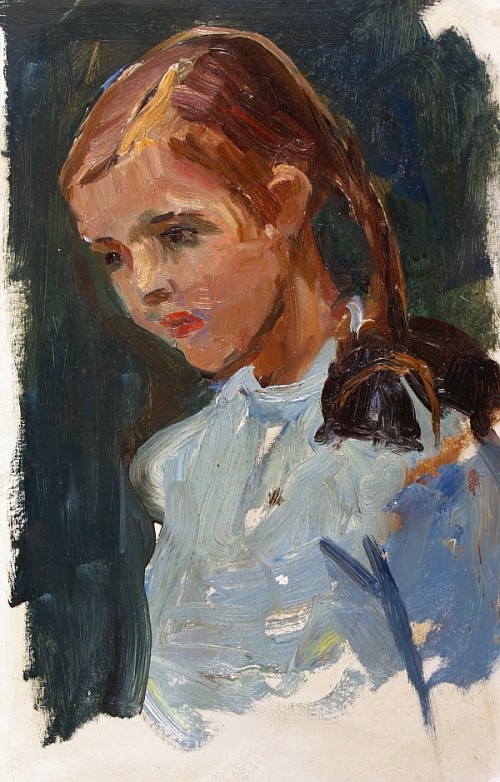 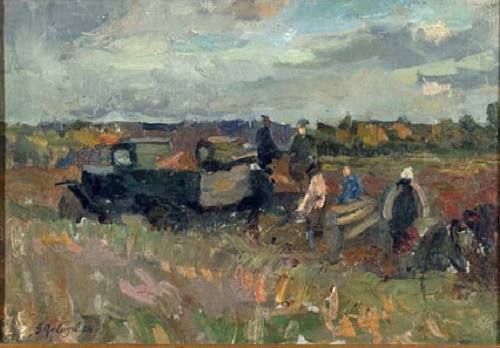 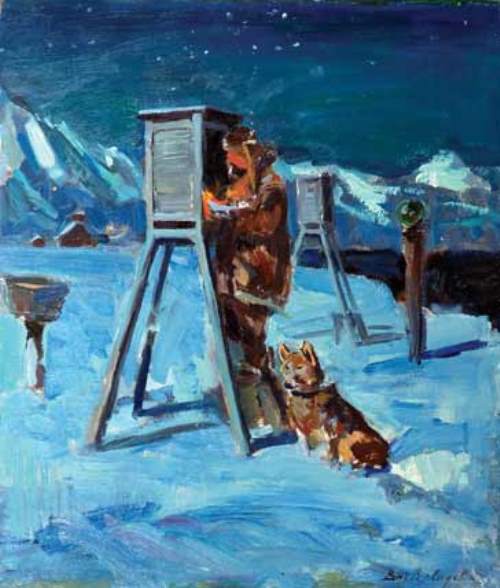 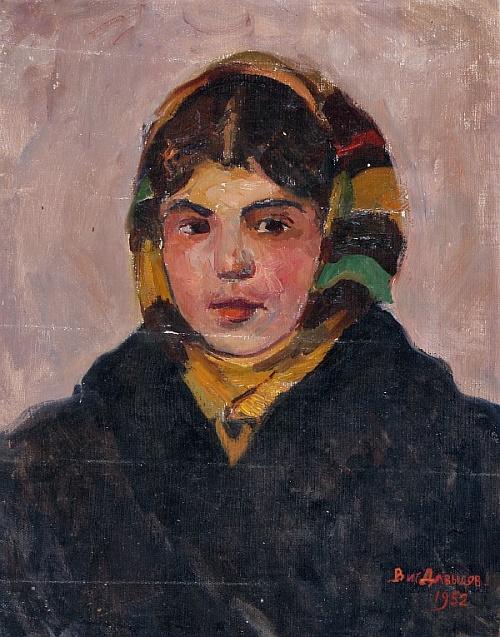 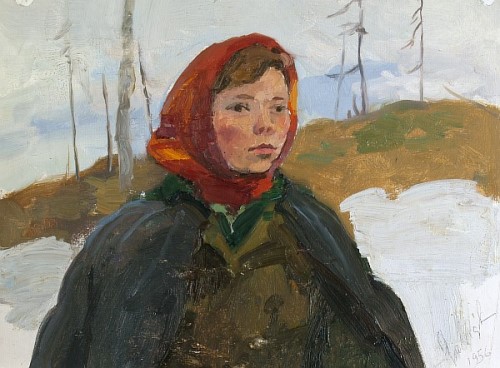