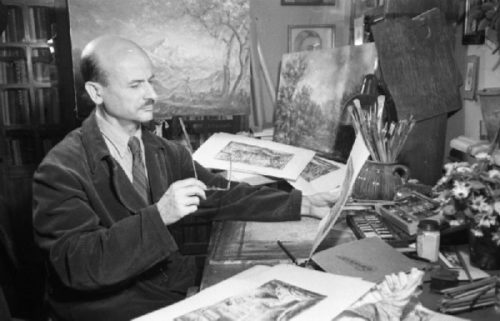 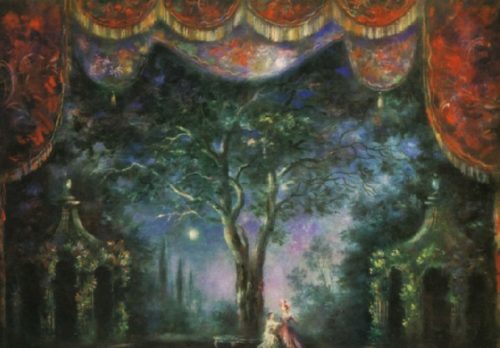 “Theater is magic,” said the People’s Artist of the USSR VF Ryndin, and one of the great wizards in it, no doubt, was him. These words spoken by him are, in essence, the creative credo of an artist, gifted and multifaceted. His understanding of the theater is especially characteristic for him. What he calls “magic”, in his understanding, is related not only to “magical” fairy-tale productions, but also to performances about modernity, which require a realistic approach to the solution of costumes and scenery.

For Vadim Ryndin, creative work meant a lot – it is joy, pleasure, and the inexhaustible need of the soul, without which he cannot imagine a full life. For almost half a century of his life, devoted to creativity, the artist created a great variety of scenery and costumes. In this part (as well as in Part 37) I tried to present as fully as possible the versatility of his talent and amazing artistic skill in the illustrative material – he is a graphic artist and painter, there are stylized decorative, impressionistic, realistic works. His knowledge and feeling for the history of art makes it possible to convey the spirit of the era in which the action of the performance unfolds with extraordinary precision through the costume. 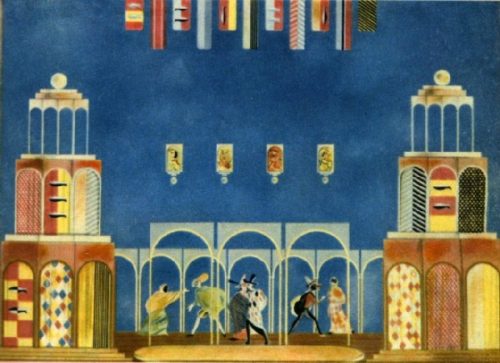 Much ado about nothing. W. Shakespeare. Scenery sketch. Gouache.

Vadim Ryndin has favorite heroic-romantic themes and images, the passion for which began in the 30s. XX century and which invariably remained until the end of the creative path. Already in 1933, interest in this direction was clearly expressed in the scenery and costumes for “The Optimistic Tragedy” by V. Vishnevsky. The play was staged at the Chamber Theater. “The sketches and the layout of these sets are justly attributed to the works of Soviet classics, and the performance as a whole is to the greatest achievements of the Soviet theater.” The artist himself, recalling this production, said: “The literary image of Vishnevsky’s drama is laconic and monumental.

Therefore, I had to find a similar decorative solution. Tairov and I chose as a leitmotif the image of the road – the road to the future; since the masses take part in the performance, it was necessary to come up with a comfortable and expressive stage. But the most important thing was that it was necessary to recreate the disturbing and harsh atmosphere of the revolutionary Baltic. Using scanty remarks. Determining the place of action – a funnel from a shell burst, shelter and trenches. ” Using a black and white color scheme, the artist manages to create a disturbing and mean atmosphere on the stage. He refuses from everyday details that scatter attention, he refused a multi-color palette. 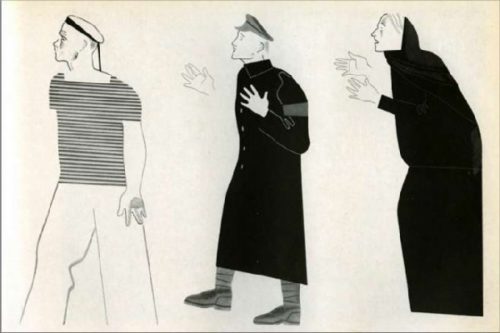 As he himself later recalled, the more complex the idea, the more difficult the creative tasks, the more enthusiastic he worked: he wrote sketches, made layouts, used different materials.

The artist collaborated with many directors, but perhaps the most fruitful creative tandem was Okhlopkov – Ryndin. With N.P. Okhlopkov jointly staged Shakespeare’s Hamlet, Euripides’ Medea, T. Khrennikov’s opera Mother (based on Gorky’s novel). At the Mayakovsky Theater, they staged The Young Guard (based on the novel by A. Fadeev).

In 1953 Ryndin became the chief artist of the Bolshoi Theater of the USSR, a theater of world significance.

On the stage of the Bolshoi Theater and the Kremlin Palace of Congresses, he designed operas and ballets of the Russian and Western European repertoire. First of all, I would like to name performances that are significant and distinguished by the beauty and expressiveness of costumes and scenery: the opera War and Peace by S. Prokofiev, the opera Don Carlos (music by Giuseppe Verdi), the ballet Paganini (music by S. Rachmaninov), opera “The Legend of the Invisible City of Kitezh and the Maiden Fevronia” (music by N. Rimsky-Korsakov). 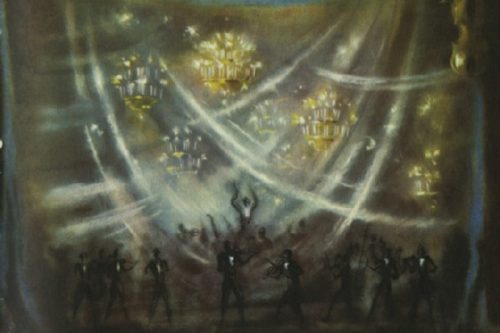 Excellent knowledge of the history of art, allowed “to attract” to help the great masters of the past.

Thus, in the magnificent production of Don Carlos, Ryndin took the Spaniard El Greco as his “allies”, introducing some images and characters from his tragic paintings into separate scenes, and the gloomy coloring of the scenery and the dynamics of alarming lighting emphasize the tragedy of the experiences.

In the beautiful Russian opera The Legend of the City of Kitezh, the artist showed on stage the image of Ancient Russia in all its grandeur and colorful wealth. This time Ryndin turns to Russian architecture and the beauty of Russian nature. Folk costumes in crowd scenes, clothes and armor of Russian soldiers, banners are distinguished by special beauty and expressiveness. Here Ryndin worked in tandem with the production director I.M. Tumanov. 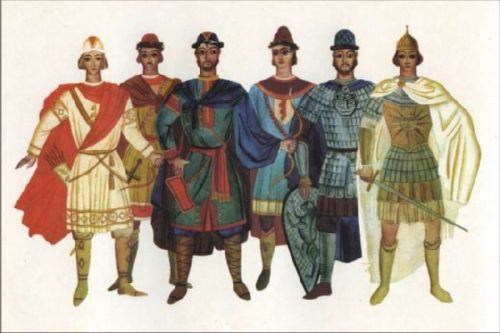 The Legend of the Invisible City of Kitezh and the Maiden Fevronia. Costumes sketches for Russian soldiers. Watercolor. 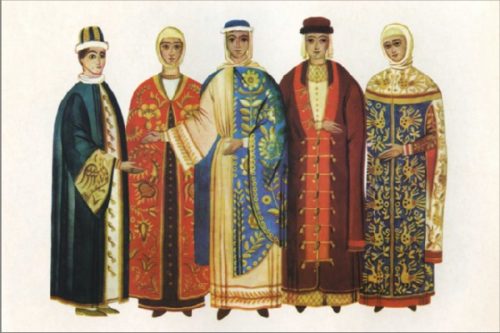 The Legend of the Invisible City of Kitezh and the Maiden Fevronia. Sketches of costumes for Russian women. Watercolor 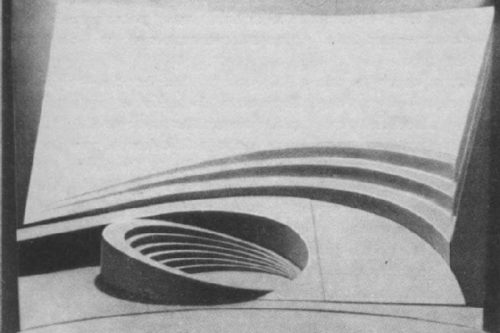