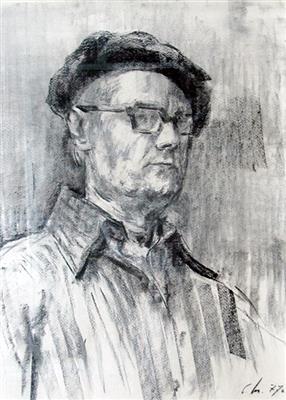 Born in 1888 in Odessa in the family of an engineer, inspector of the Odessa Technical Railway School Fyodor Dementievich Shishko. 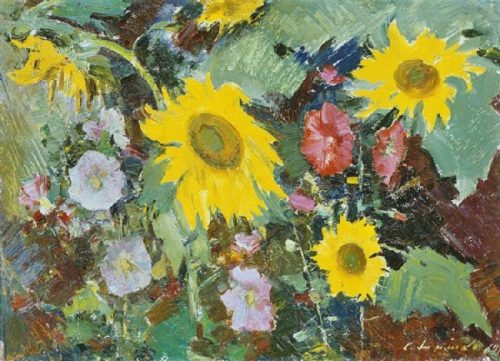 His father, a native of Vitebsk, in his youth followed in the footsteps of his late mother – a prominent pianist – and was a musician for some time, but for material reasons he decided to get a technical specialty and graduated from the St. Petersburg Practical Technological Institute.

Sergei was the fourth among seven children.

Graduated from the medical faculty of Kharkov University (1911). Carried away in childhood by studying and recognizing people by their mimic behavior, he read a lot of Russian and French literature on this topic. This knowledge was useful to S. Shishko, first in his medical practice, and then predetermined his further life path: the young doctor linked his life with the art of cinema. 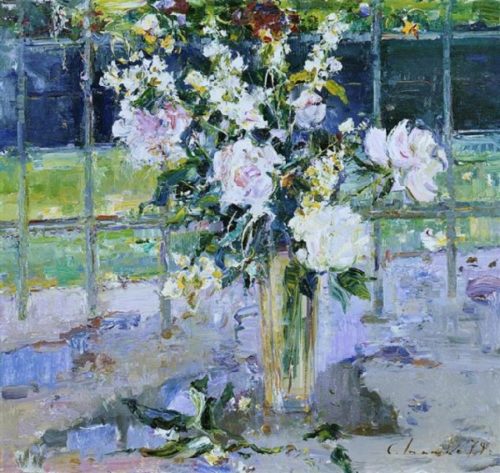 In 1919 he entered the State School of Cinematography (the future VGIK) in Moscow and, already being a first-year student, headed (in the order of “amateur performance”) the teaching of the main discipline of the curriculum – “the art of the film actor”.

At the same time he worked as a doctor-inspector of the public catering department of the Moscow City Council.
The wife of Sergei Shishko, actress Clara Klodnitskaya, studied with him on the same course.
Of the teachers, S. Shishko appreciated Vladimir Gardin most of all. He was friends with Vsevolod Pudovkin, who entered the cinematography school in the winter of 1919-1920. 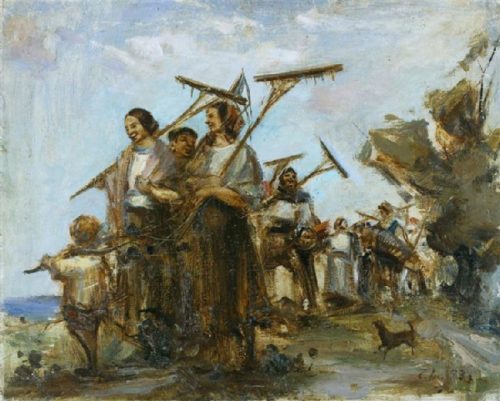 In 1920, he organized and headed the Section of Medicine and Hygiene at the All-Russian Photo-Cinema Department (VFKO). Her activities laid the foundation for the creation of educational and popular science films in Soviet cinema.

He graduated from the school of cinematography with honors, a year earlier than the due date – in the spring of 1921 – and was immediately invited by the actor to the First State Troupe of Soviet Cinematography. He also served as chairman of the local committee of the troupe.

In March – August 1922, together with the cameraman Edouard Tisse, he worked on the creation of a three-part popular science film “Resort Opportunities of the Black Sea Coast of the Caucasus”. 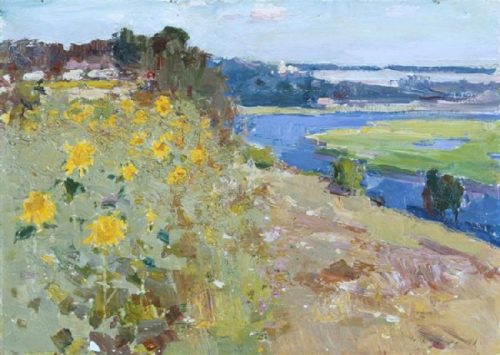 Among the roles that S. Shishko himself considered his favorite are: 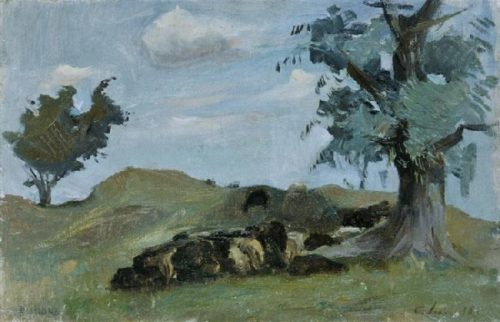 In the mid-1950s. wrote memoirs, but did not dare to publish, fearing editorial censorship. 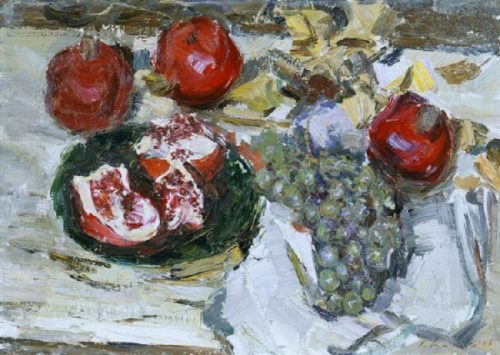 Still life with pomegranates and grapes, 1968

Subsequently he studied at the Kiev Art Institute, the Leningrad Academy of Arts (workshop of B. Ioganson). During World War II, he was evacuated to Samarkand, returned to his homeland in 1944 and settled in Kiev.

People’s Artist of the USSR, awarded a large number of Soviet orders, was a laureate of various state awards.

He is called one of the most prominent representatives of the Kiev landscape school.

The artist died in 1997 and was buried in Kiev. 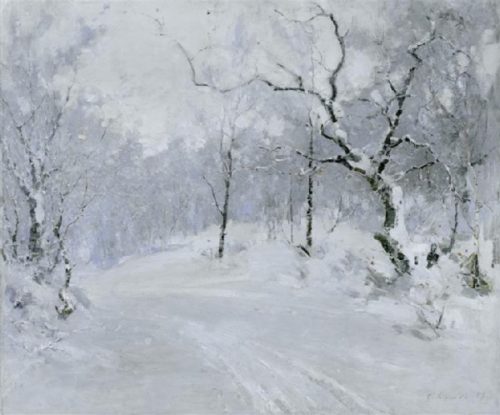