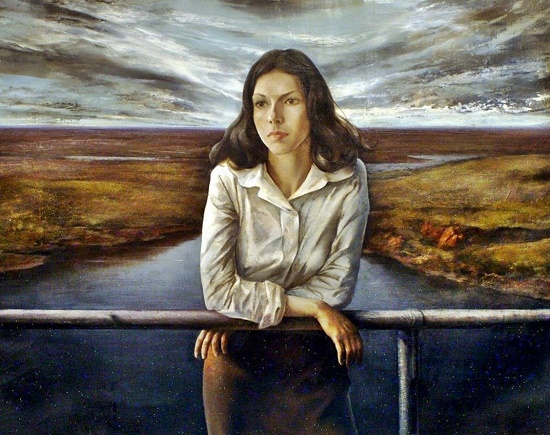 Born April 8, 1948 in Ufa, the Bashkir ASSR, Kryzhevsky – Member of the USSR Union of Artists (1975). First, he studied at the Ufa Art College, and then tried to receive his art knowledge in the Latvian Academy of Arts of E. Zalkaln (In 1970-1972). However, expelled from the Academy, he did not finish studies. Nevertheless, he began his creative activity in 1973, taken part in the exhibition of Soviet Art. And not in vain. In particular, for the work “New Day”, shown in the Central Exhibition Hall (1976, Moscow) he received the first prize of the All-Union Exhibition of Young Artists. In addition, he became a Laureate of the Lenin Komsomol Prize (1976) for his paintings “Ufa Horizons”, and “White and Blue Day”.
Since 1977, he worked mostly in Vologda until 1988. Chairman of the youth section of the Vologda branch of the RSFSR Union of Artists, he initiated the opening the club of young artists in Vologda. Also, he organized the art exhibitions of young artists in Petrozavodsk (1978), Arkhangelsk (1980), Leningrad, and Ufa. As well as Estonian artists in Vologda (1979-80). Kryzhevsky actively took part in the regional, all-Union and foreign exhibitions of Soviet art. And the foreign exhibitions included Bulgaria, Hungary, Finland, Romania, Germany, Mongolia, France, and Italy. 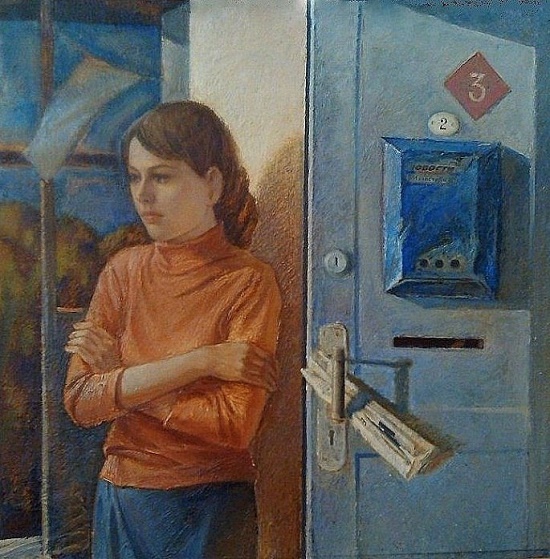 Noteworthy, he first presented through his works a creative concept – Transrealism. It was in 1977, when he worked in a youth group at the creative dacha “Senezh” (Moscow region). Meanwhile, in 1987 he moved from Vologda to Yaroslavl, and then to Leningrad. There he became one of the organizers of the association of artists – “Black Box”.

The next period of his creative activity became exhibitions of Leningrad avant-garde artists, both in Russia and abroad (since 1988). For example, he participates in 1989 exhibition in the House of Friendship of Peoples (St. Petersburg), and the exhibition “Artists of Petersburg and Perestroika” (1991). In addition, the artist exhibited his works in Salon Druo (Paris), “Petersburg Artists in Helsinki” (Finland), and a solo exhibition in the cabin “Nayb” (New York). 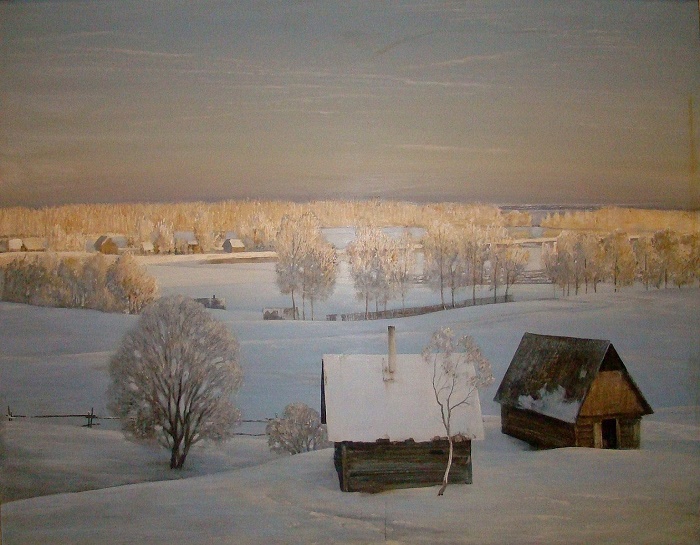 Like many of his colleagues, he faced the difficulties of perestroika and the USSR collapse. And the same 1991 he left Moscow for Brooklyn, New York. Already in 1992, his works took part at the largest exhibition of New York “Jacob Jewts Center”. However, the artist dreamed of returning to his beloved Russia. So, in December 2014, with the direct help of TV Channel One, he returned home.

His works are in the collection of the State Tretyakov Gallery, and in the funds of Bashkiria art museum of Mikhail Nesterov. Besides, in Petrozavodsk, Yaroslavl, Vologda, Novosibirsk art galleries and museums, as well as in private collections in Russia and abroad (Austria, Belgium, USA, France, Sweden, and Finland).

In fact, for this painting ‘White and Blue Day’ Kryzhevsky became a Laureate of the Lenin Komsomol Prize in 1976 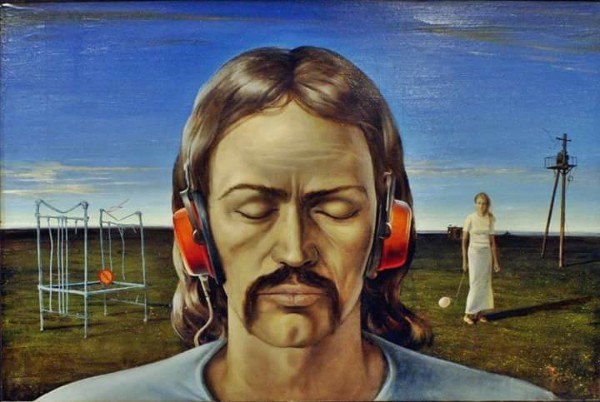 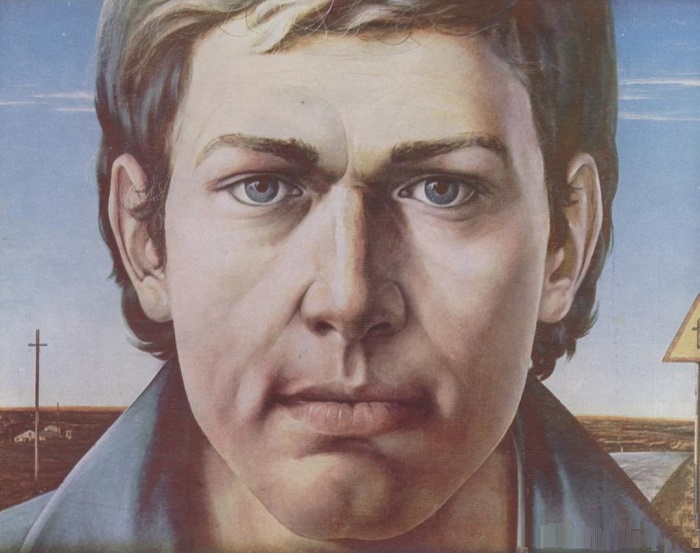 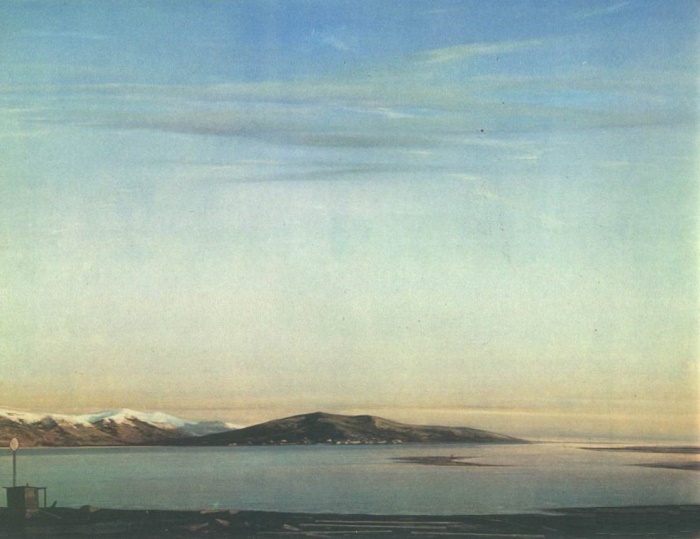 Peace over the Earth 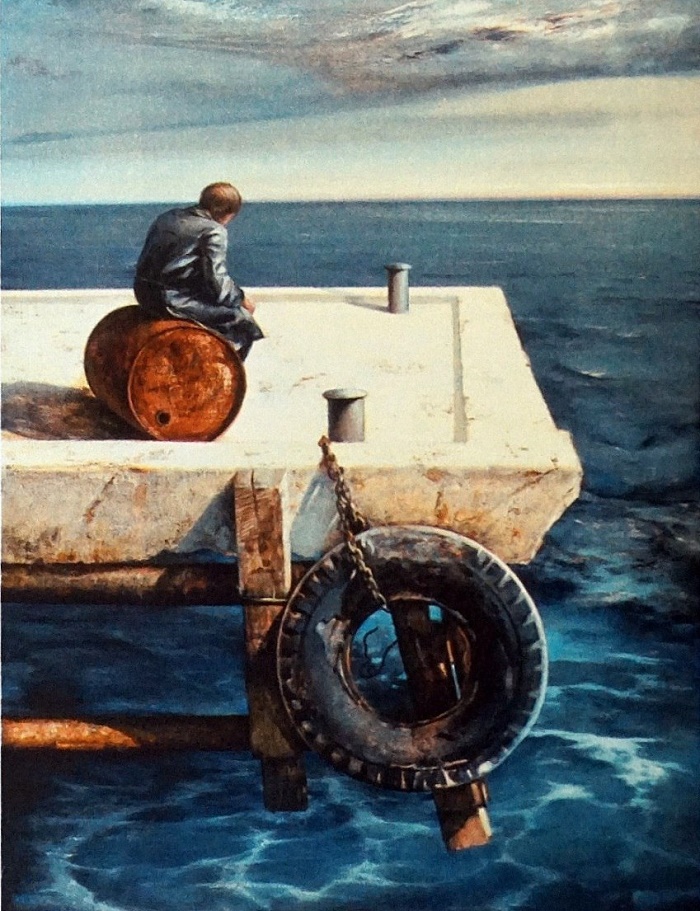 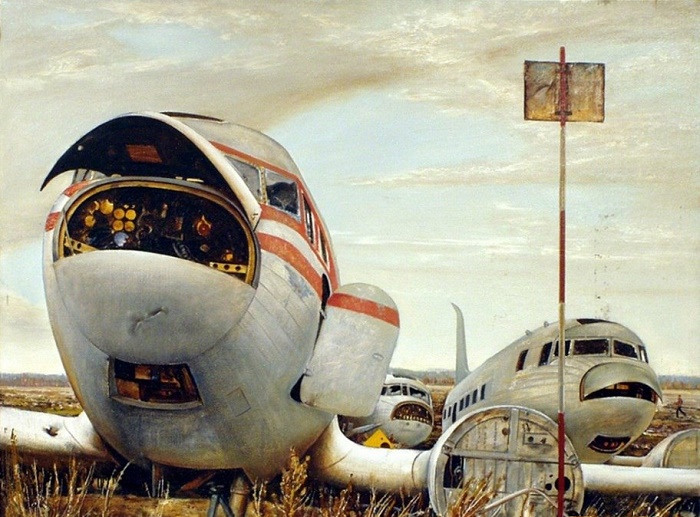 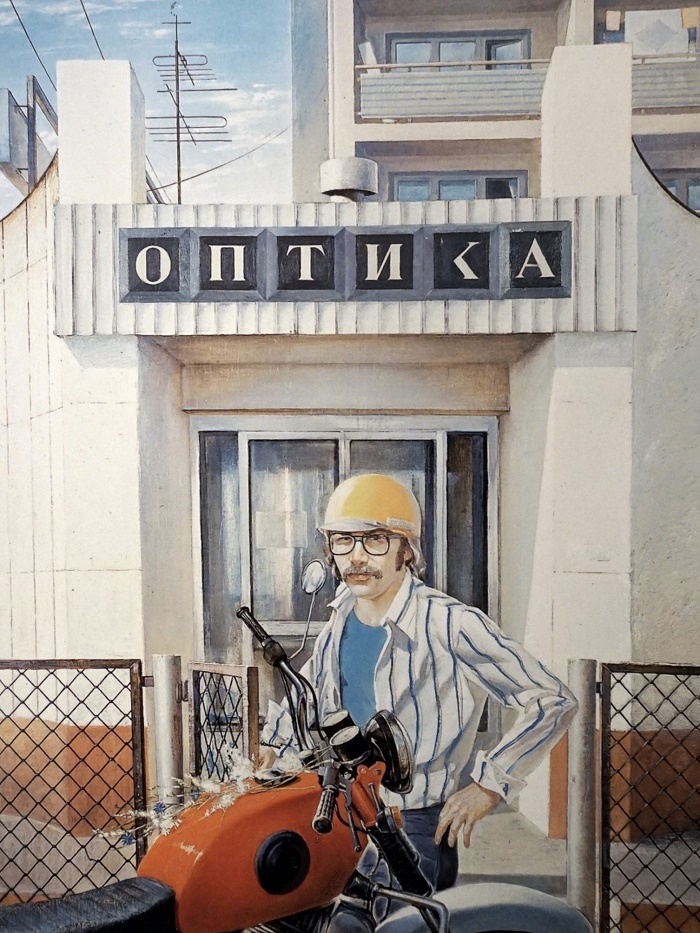 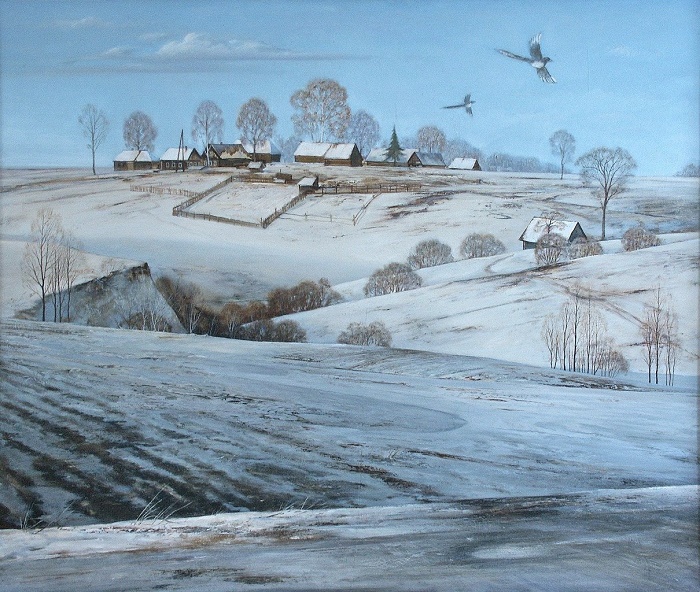 Spring near Vologda. Village of Selivanovo, 1987 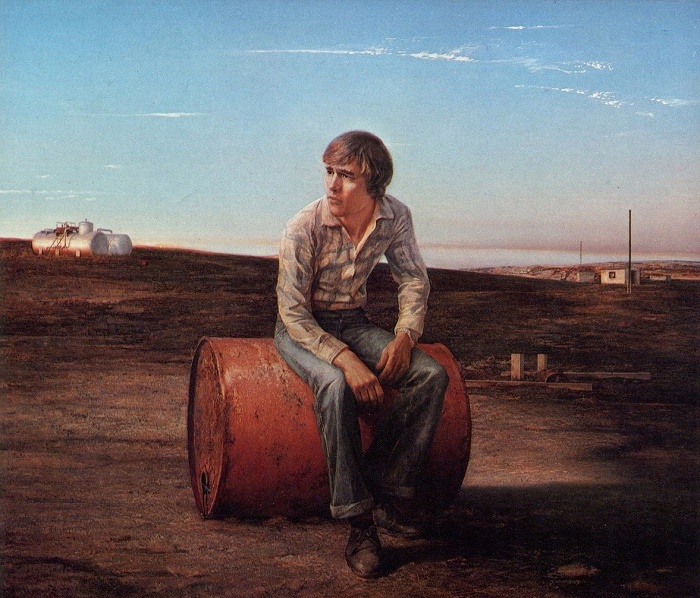 The day rising into tomorrow, 1982 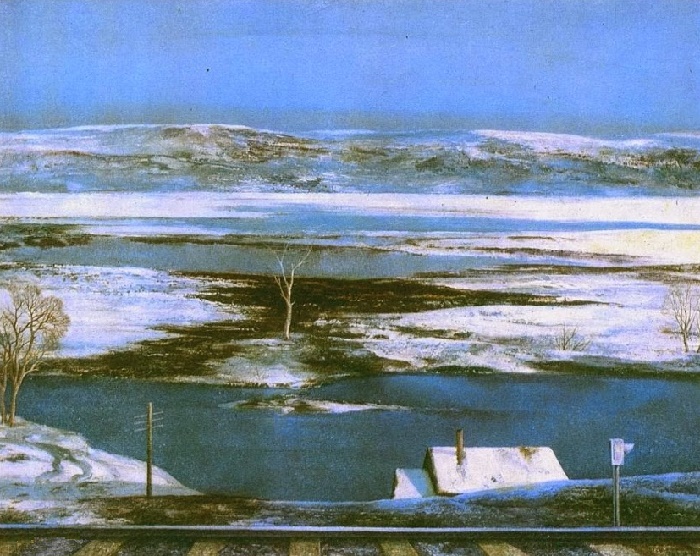 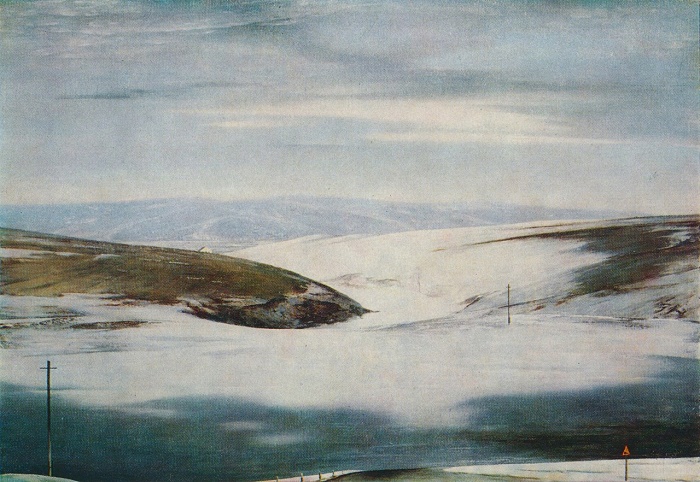 The Union of sky and land 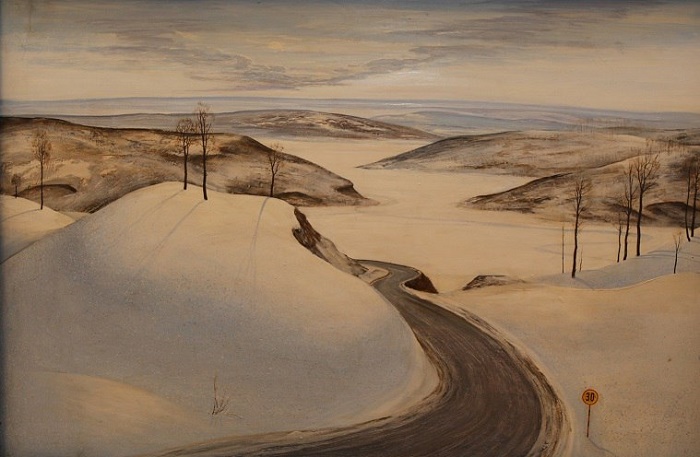 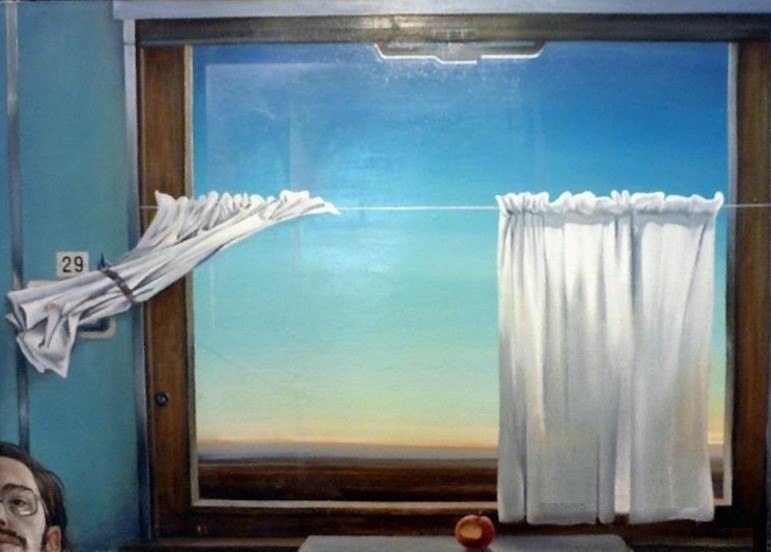 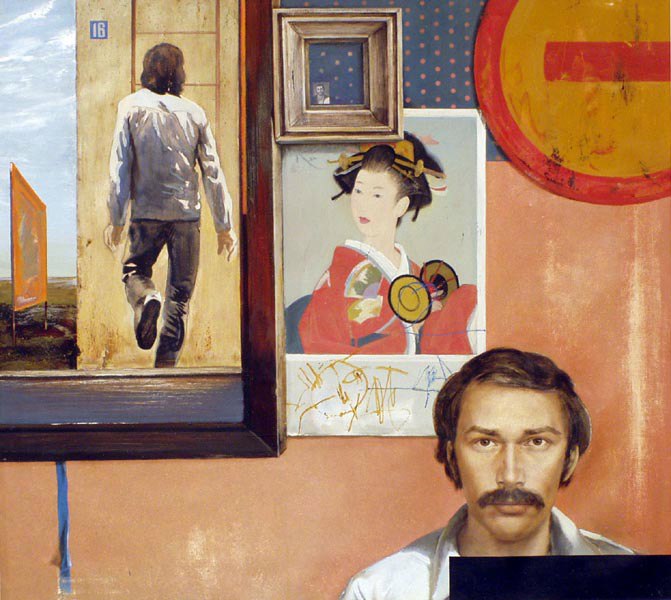 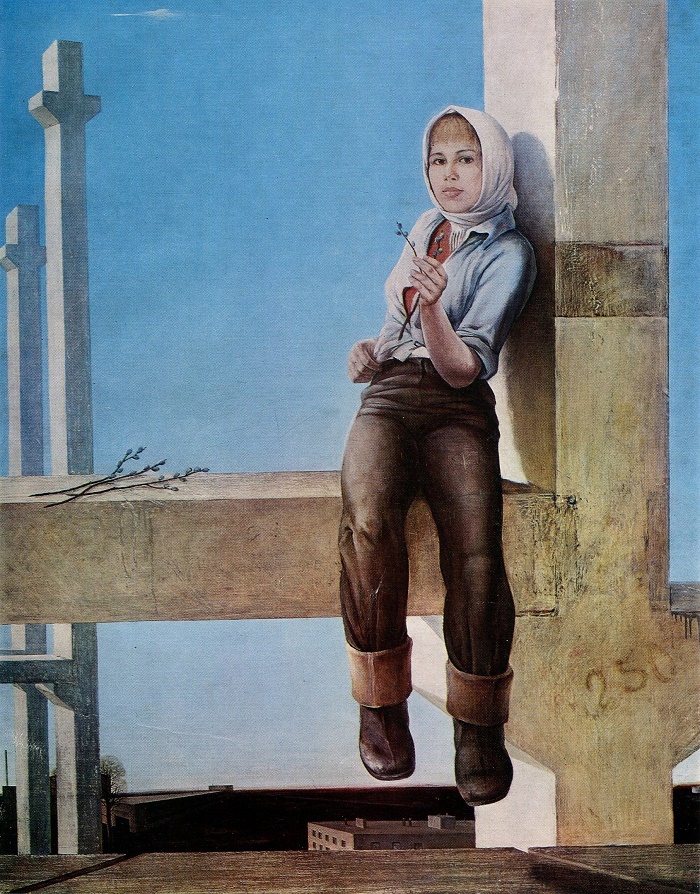 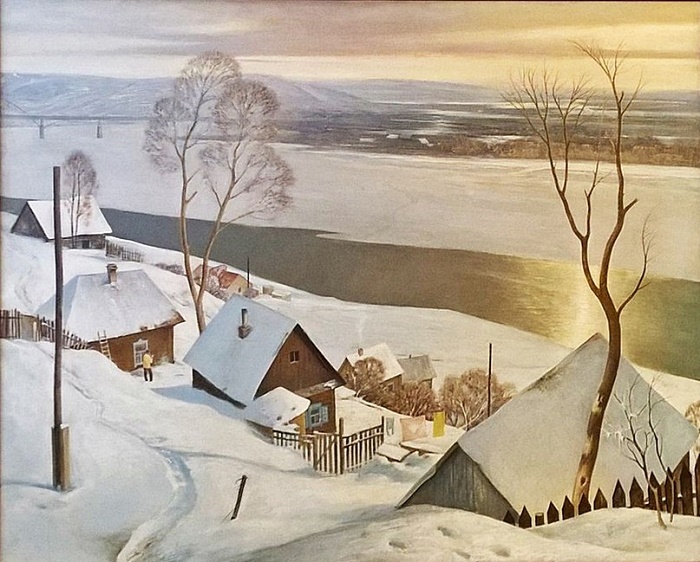 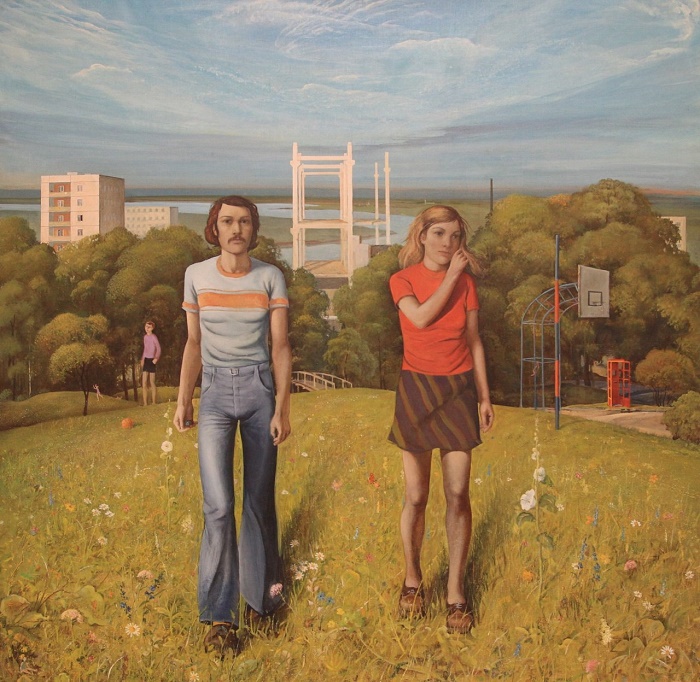 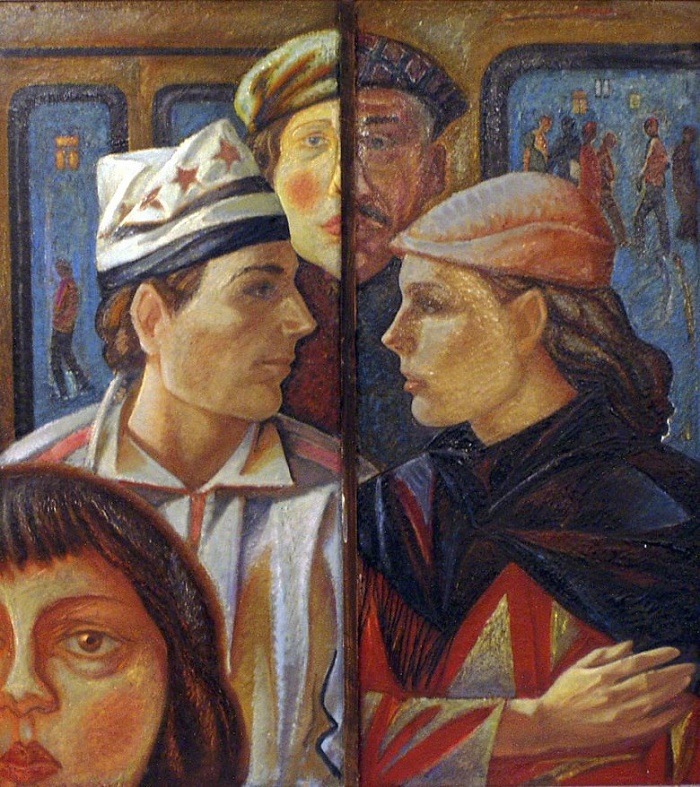 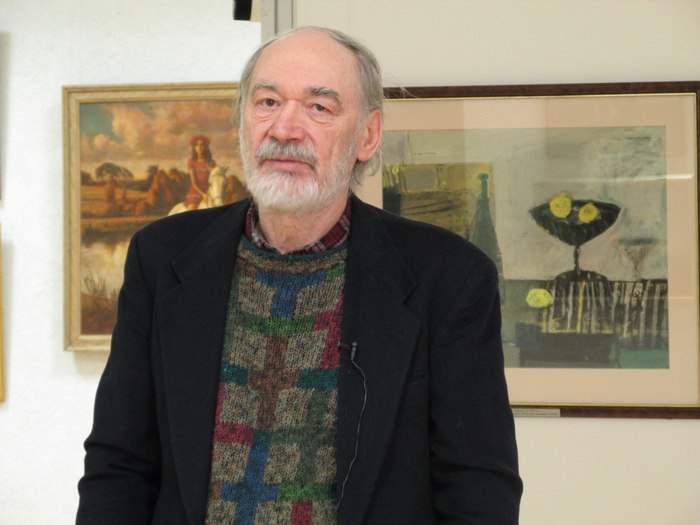