With the song performed by Mikhail Nozhkin immediately fell in love all the Soviet people. Simple in execution, emotional, tragic and in the spirit of the time it sounded everywhere. Besides, the emigrant theme in Russia is steadily relevant and popular. Only the nuances change. As they say, history teaches people little. In the 21st century, wars on the planet are inflaming with renewed vigor. And now “I am in the spring forest” can sing refugees from different countries as a kind of anthem.
“I am in the spring forest” – sung on behalf of a man forced to leave his homeland and hesitant to go back. In the Soviet Union, there was the notion of “Soviet displaced persons,” that is, Soviet citizens who were in the Great Patriotic War (1941-1945) outside the USSR. Basically, these were people whom the fascists forced to work in Europe. Among them were prisoners of war and accomplices of the Germans who retired with whole families from the USSR.
In 1944-1952 there was a repatriation, that is, the return of displaced persons to their homeland. Theoretically, civilians and prisoners of war were to restore citizenship without any persecution. But in practice, many fell into camps, fines, experienced various infringements of rights and freedoms in civil life. Therefore, it was not a simple and pleasant affair for every displaced Soviet citizen to return home. These sad moments of our history are reflected in the song “I’m in the spring forest”. 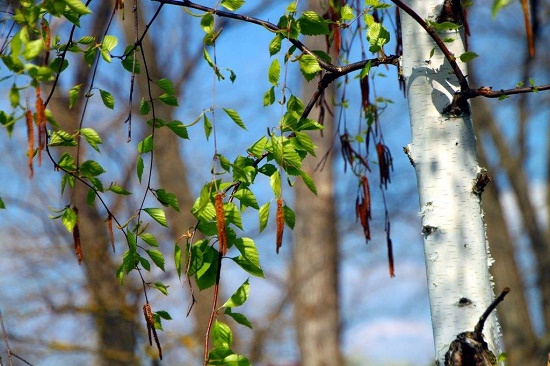 I drank birch sap in a spring forest

I drank birch sap in a spring forest.
With a beloved songster, I slept in a haystack.
What I had – I did not save, what I found – I lost it.
I was bold and lucky, but I did not know happiness.

Carried with wind like an autumn leaf
I changed cities, I changed names.
I breathed in the dust overseas roads.
Where the flowers did not smell, and the moon did not shine.

And I threw cigarette butts overboard, into the ocean.
Cursed the beauty of the islands and seas,
The Brazilian marshes, and malarial fog.
And the wine of the taverns, and the longing of the camps.

I’d like to cross out my lifetime, and start from the beginning.
To fly to the beloved songster.
I wonder whether my Motherland recognize me.
One of her missing sons.

I doubt, whether my Motherland recognize me.
One of her missing sons.

For the first time the song officially sounded in 1968 in the Soviet psychological detective “The Resident’s mistake”, in his second part “The Return of Bekas”. Sung by Bekas – a runaway thief-recidivist Matveyev, and in real – an officer of counterintelligence of the KGB of the USSR Pavel Sinitsyn. In the role of Bekas was a famous actor, composer and poet Mikhail Nozhkin (b. 1937). He walks with a guitar and sings at the house of Stanislav Kurnakov, a resident of Western intelligence in the USSR. Kurnakov, Count Mikhail Aleksandrovich Tuliev, who works under our pseudonym “Hope” (actor Georgy Zhzhonov (1915-2005)).

After the premiere of the film “The Resident’s mistake”, a song about the fate of “one of the missing sons of Motherland” sang the entire Soviet Union. However, in the morning Agranovich … did not wake up famous. Moreover, all the glory and popular love went to Mikhail Nozhkin, who performed the song in the film. Almost like a song: “I was bold and lucky, but I did not know happiness.”

Speaking at meetings with the audience, M. Nozhkin often sang “I am in the spring forest”. But he did not speak about the real author, although he did not ascribe it to himself. Among the famous singers of this song were various singers and groups. In particular, Arkady Severny, Mikhail Shufutinsky, Slava Medianik, Alexander Orekhov, Evgeny Dyatlov, Renat Ibragimov, Alexander Malinin, Oleg Skripka, Alexander Marshall, and Lesopoval group. 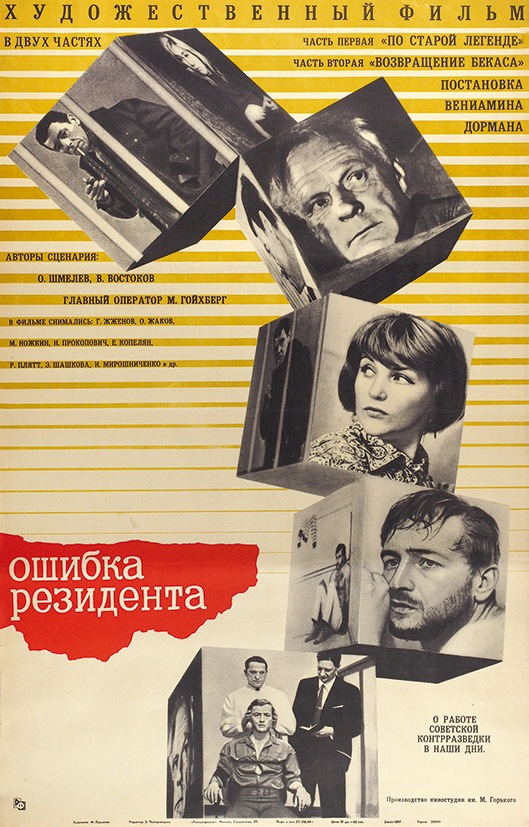 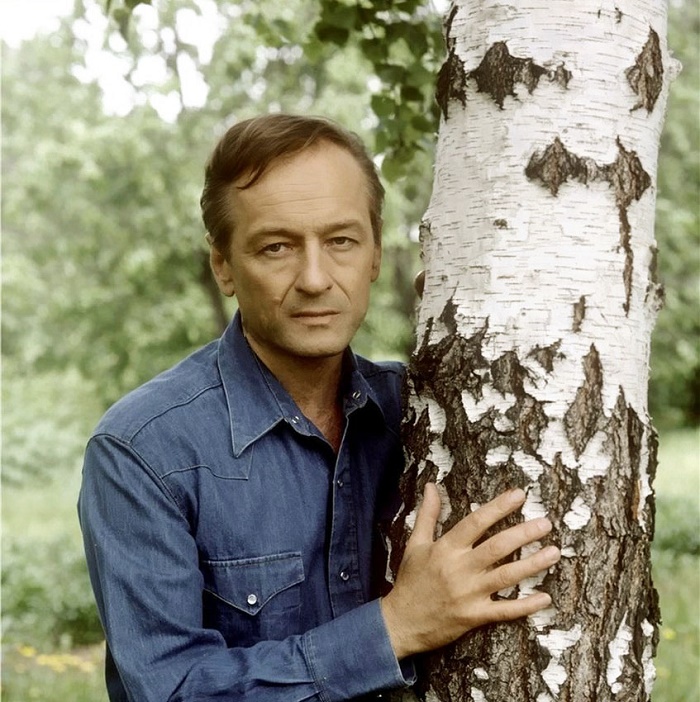 In the spring forest, Mikhail Nozhkin 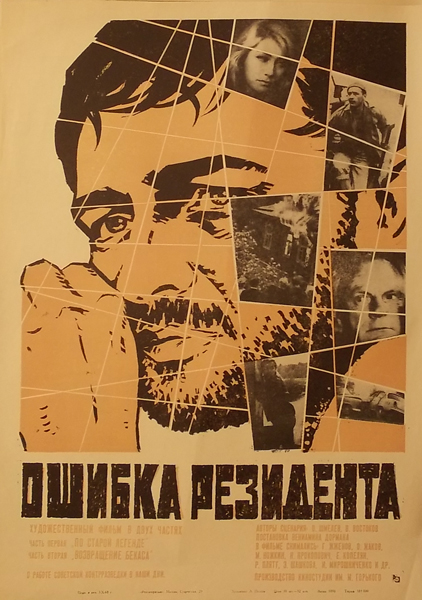 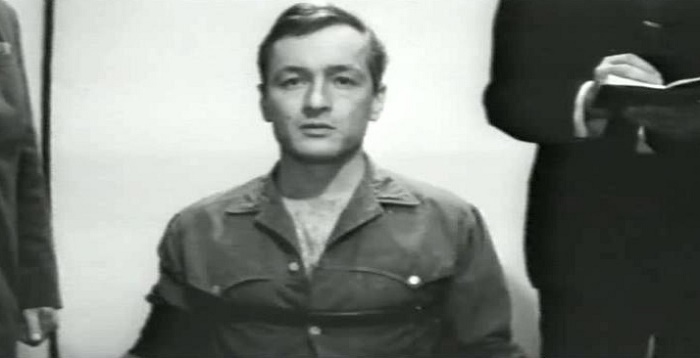 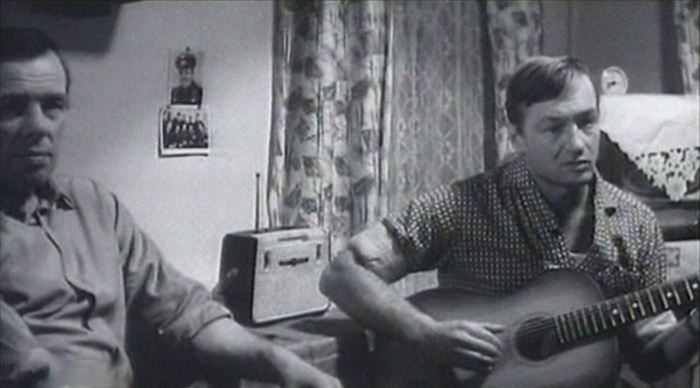 Still from the film ‘The Fate of Resident’, 1968. Georgy Zhzhenov and Mikhail Nozhkin 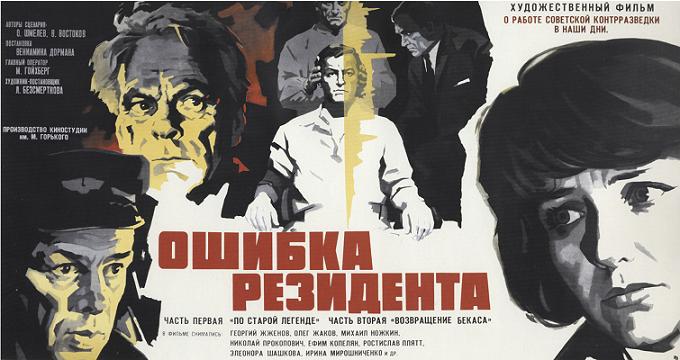 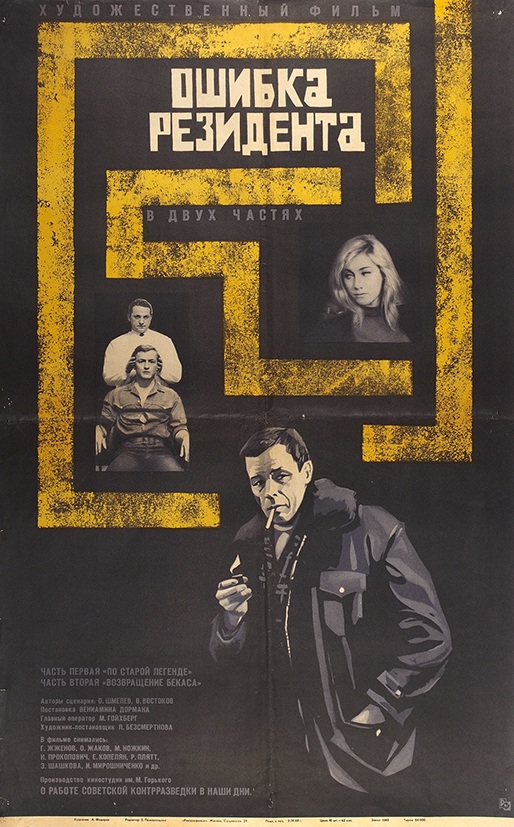 Made in the USSR film The Resident’s mistake