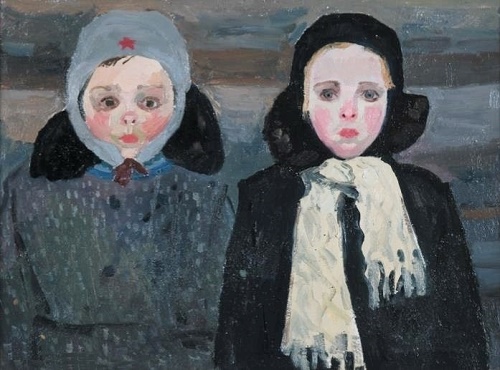 Soviet painter Viktor Yefimovich Popkov was born in Moscow on March 9, 1932. Knowing the way of life of Soviet people in the first half of the twentieth century, you can imagine how difficult it was for one of the four peasant children to choose the way of creativity in life. And it was his mother, who seeing a sincere and serious interest of her son in painting, supported him in this endeavor. In the third grade, he began attending the art studio, located at the Podlipki plant named after Kalinin. Even then he had a clear goal – to learn to paint professionally and to make art his life’s work.
In 1948, Popkov enters the art and graphic teacher training college. 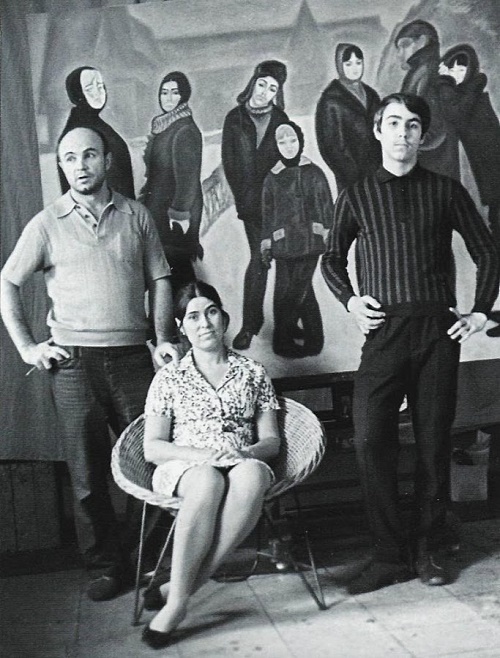 In the workshop. Soviet artist Viktor Yefimovich Popkov with his wife and son

Meanwhile, the future artist and his relatives lived in the Proletarian district of Moscow, in the barracks of eleven square meters. They were six people: mother Stepanida Ivanovna, Viktor himself, older brother Nikolai with his wife and their young son, and a younger sister Tamara. the family lived poor, the same as millions of Soviet people in past-war years. According to his brother, the artist went to college in different boots, and with a slice of bread.
He came from the institute and immediately sat down to draw. While the family went to bed, he went out into the common corridor of the barracks, and there continued to work. Even unheated corridor in winter, could not stop him …

During his studies, Viktor met his future wife Clara Kalinycheva, and on graduation in 1952, they together entered the Surikov Institute. In 1957, they celebrated a wedding, and a year later their son, Alexei was born.

In the Surikov College Viktor Yefimovich started traveling around the country, which he continued all his life and which played a huge role in his creative destiny. He visited the construction of the Irkutsk hydroelectric station, then had a trip to the track Abakan-Taishet (1959), the construction site of Bratsk hydroelectric power station (1960), the virgin lands of Kazakhstan (1961) and many others. From these artistic expeditions he returned full of impressions, feeling the atmosphere of the grand constructions that took place in the postwar decades, with a large number of studies, many of which later led to the fame of his paintings.

Tretyakov Gallery bought his first 30 paintings, when the author was only 27 years old.

Until now, he is the most expensive painter in figurative-realist art.

One of the founders of the “severe” style. 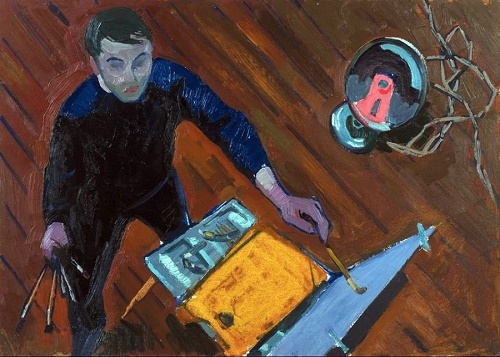 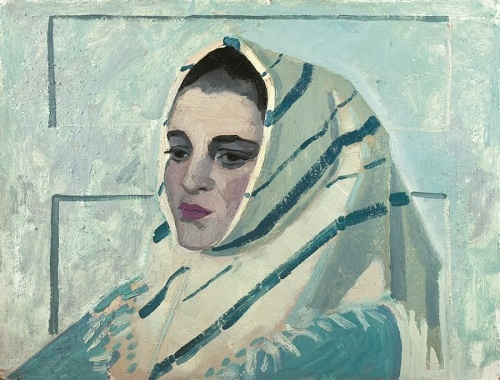 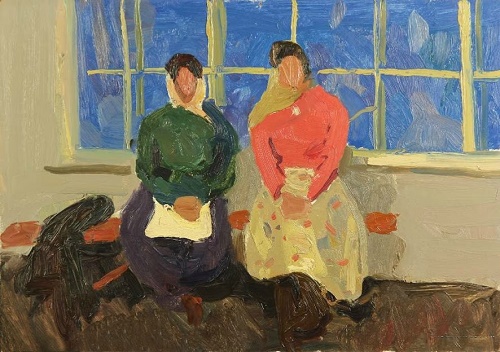 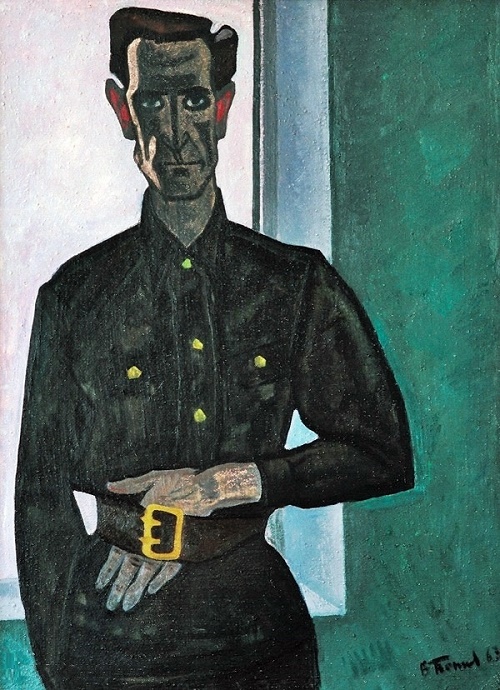 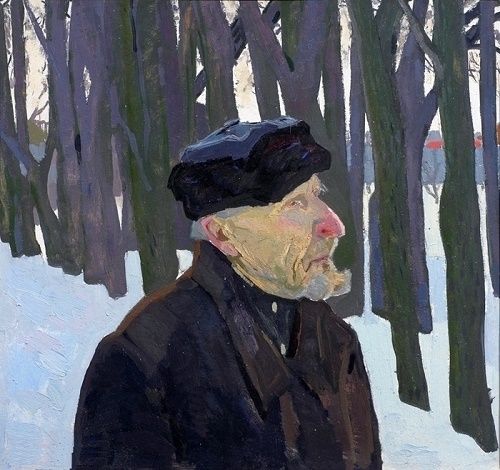 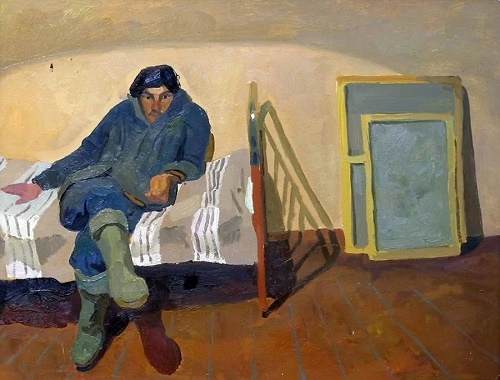 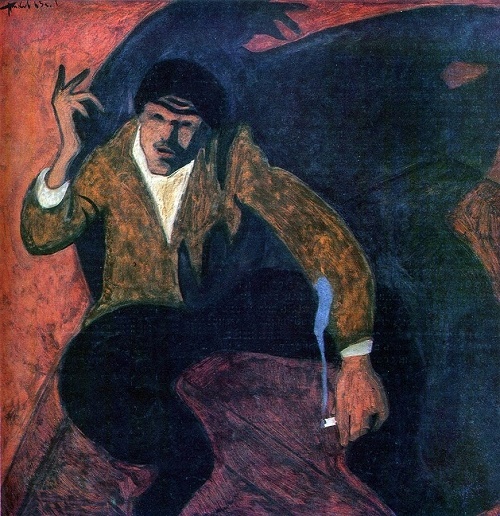 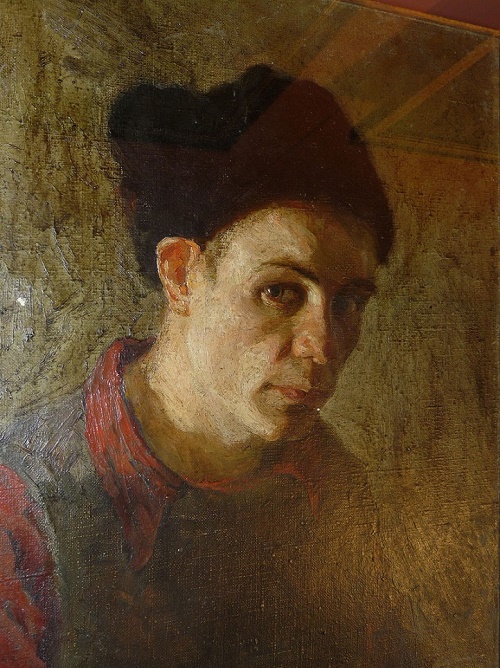 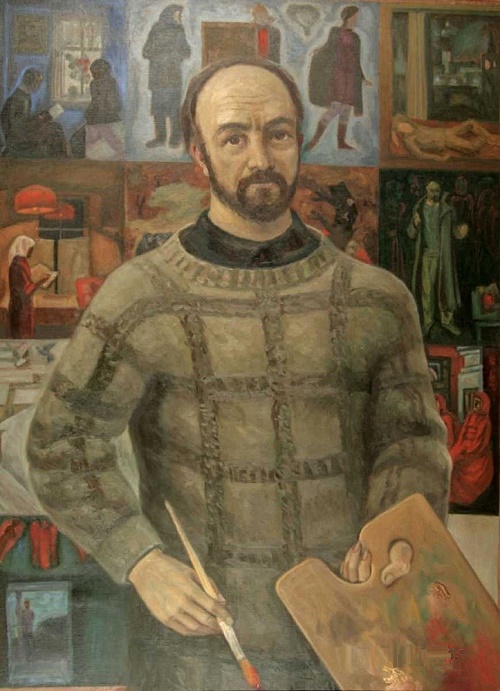 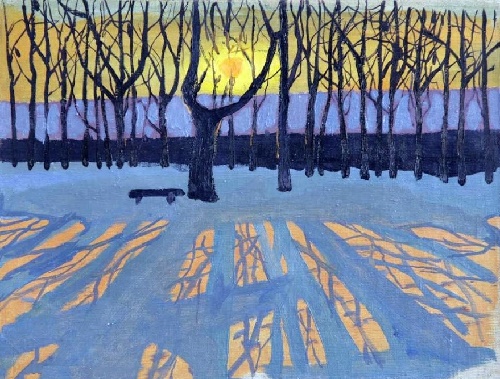 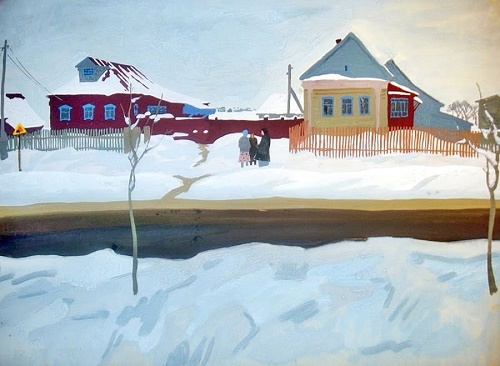 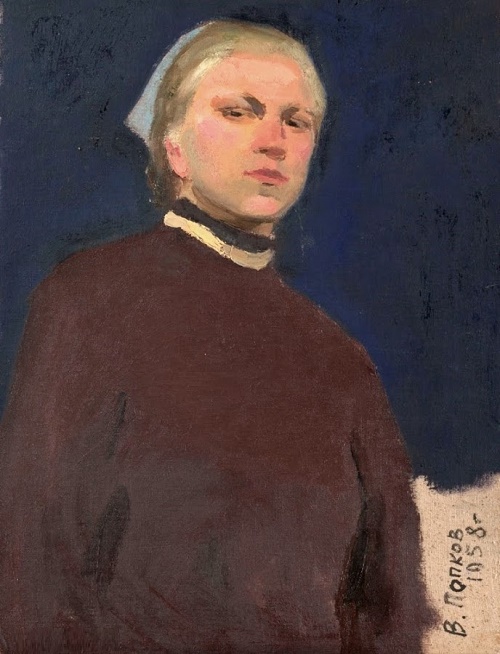 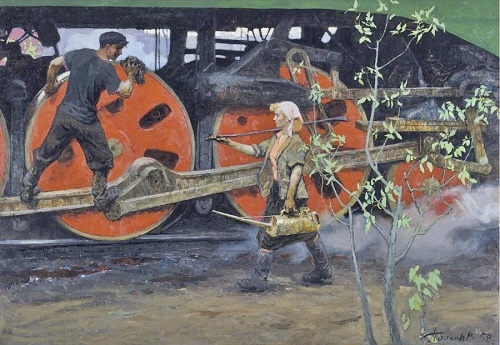 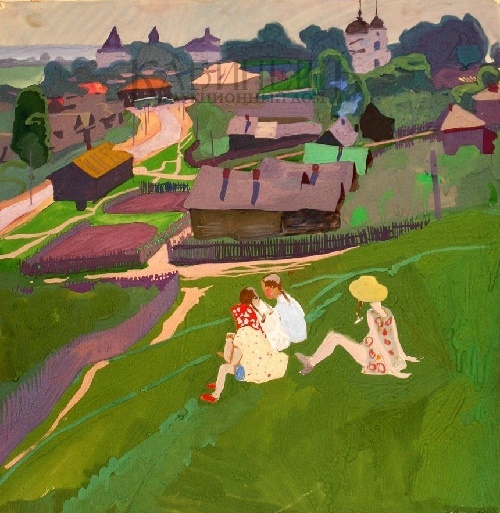 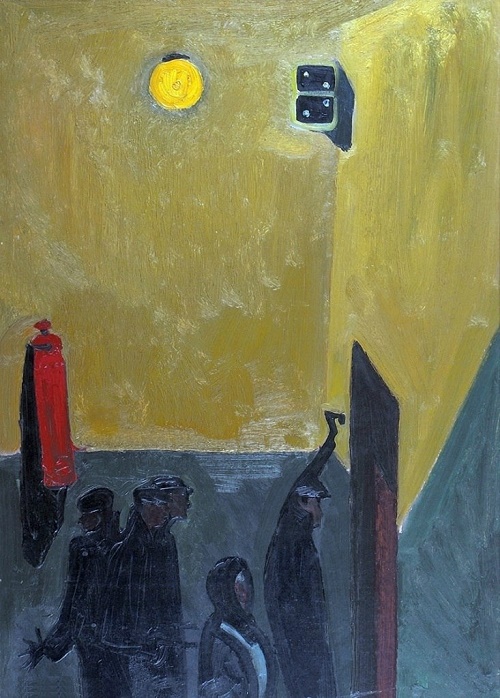 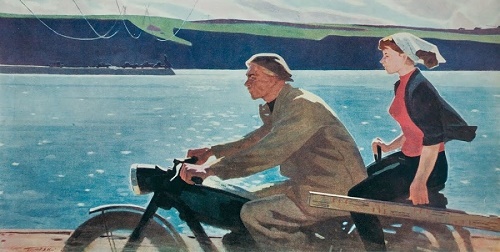 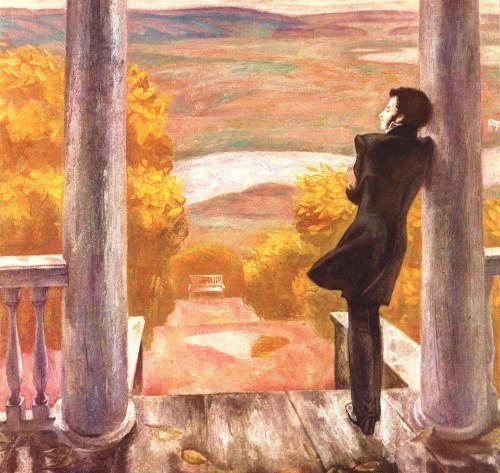 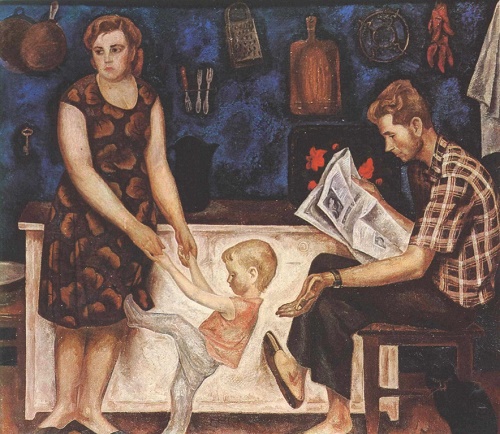 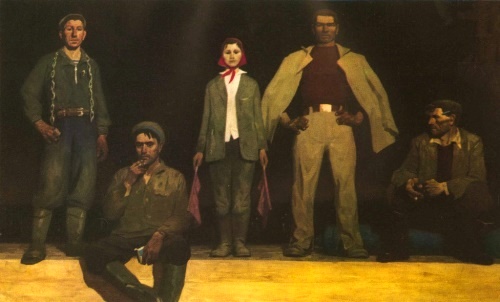 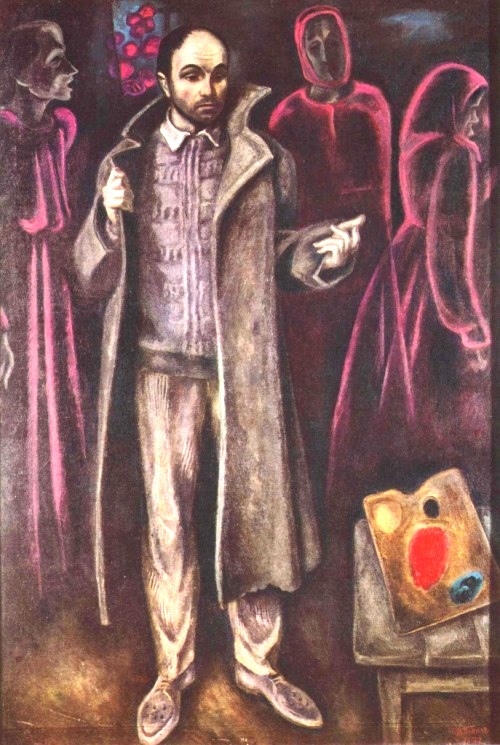 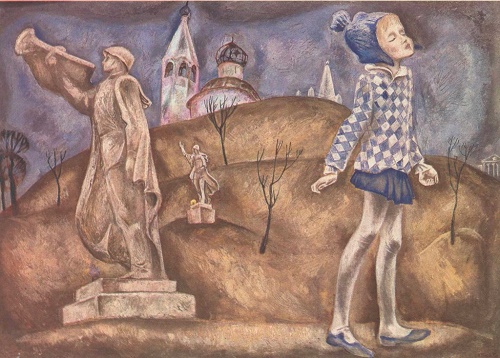 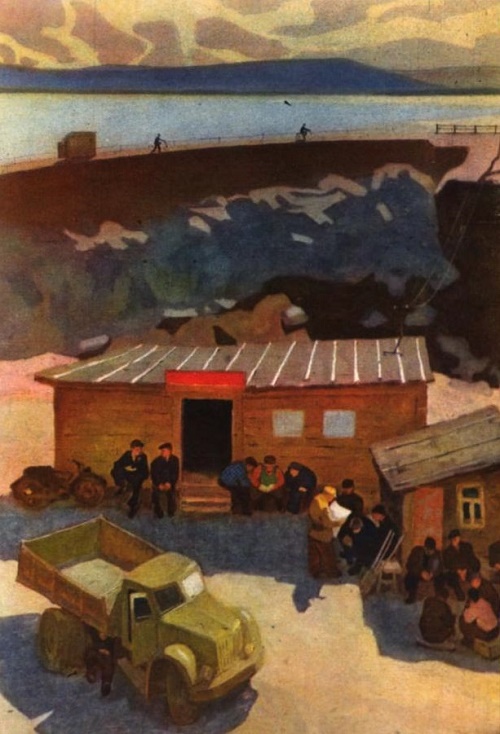 The office in the pit 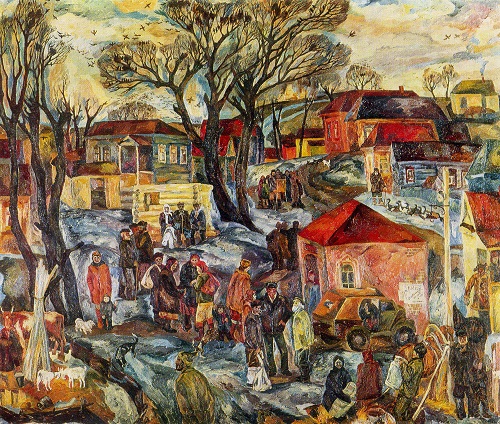 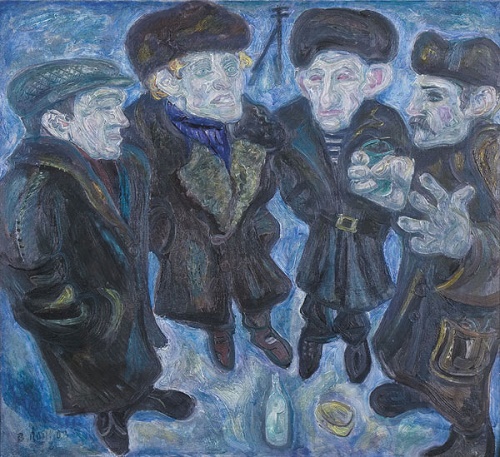 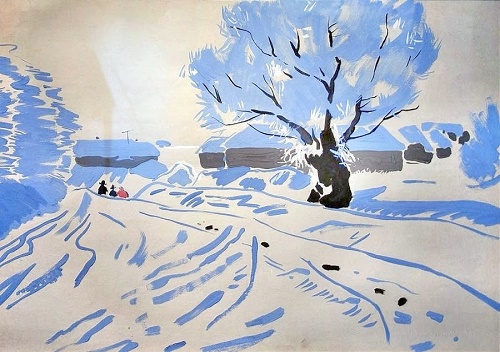 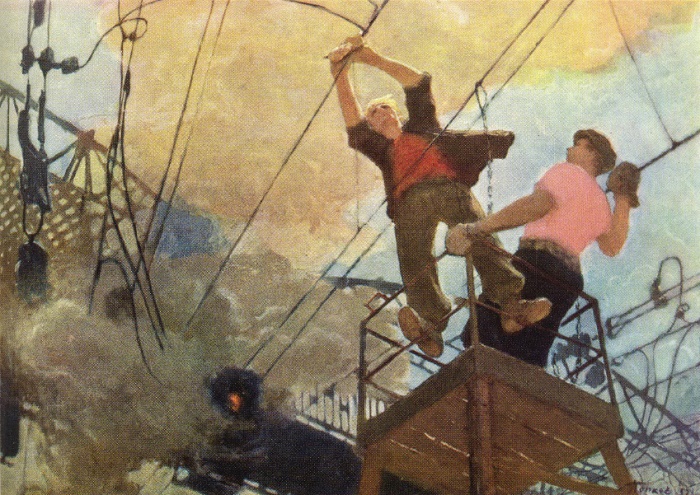 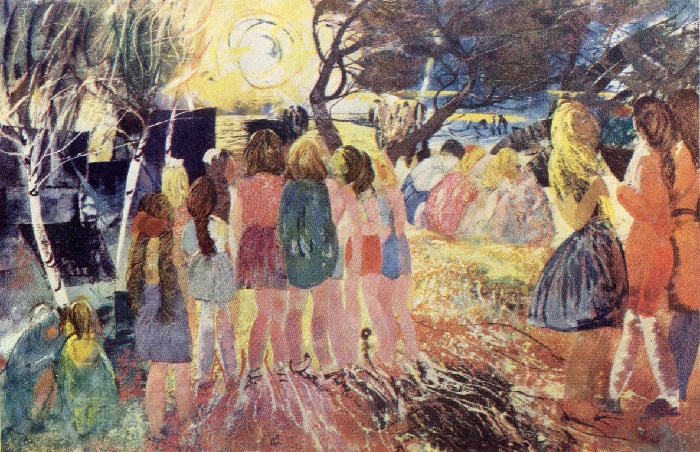 Let it always be sunshine 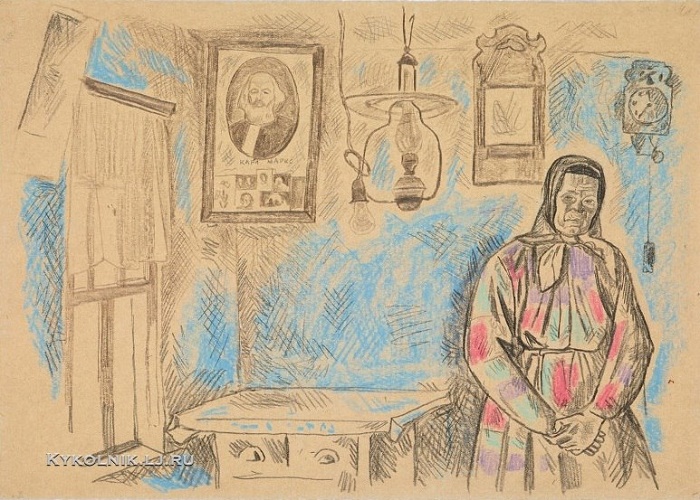